Remember, Abraham Lincoln’s accomplishments are not all in the field of politics. Kentucky – born on a poor farmer’s land, managed his way to the President’s chair in 1860 when he was elected as the 16th President of the States. Abraham Lincoln faced many obstacles during his time as President, and not only he managed to overcome them, but he also made many changes in the society that developed the States into a better place to live.

He was the first President to establish the US Department of Agriculture, the Thanksgiving as a national holiday, and the Homestead Act; he improved higher education in the States and put an end to the Civil War. Besides that, he is the only President with a patent for invention!

There is so much to learn for and from this man.

1. He Became President of the United States 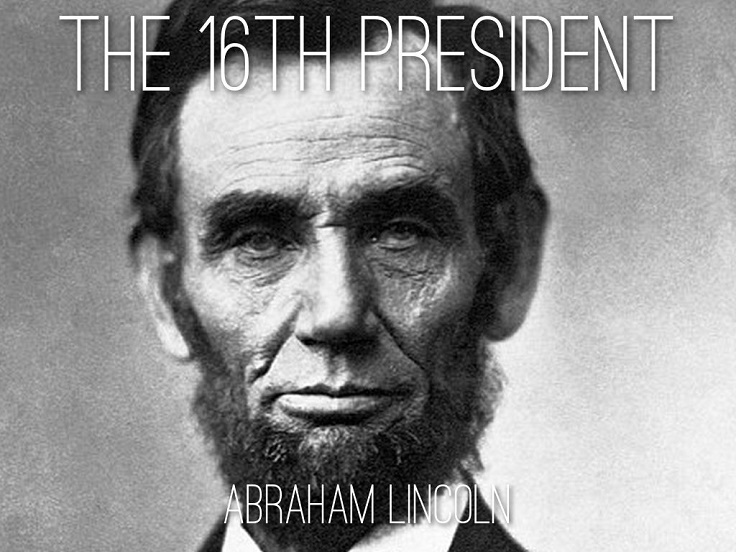 Thanks to the support he had from the North and the West, Abraham Lincoln won the 1860 elections and became the 16th president of the United States. With that, he was the first Republican president, roughly beating his Democrat opponents. He received 1,866,452 votes, which represented 40 percent of the total votes, and that made him approximately 500.000 votes ahead of his opponents. He won the Northern states, California and Oregon. Abraham Lincoln served as President of the United Stated from 1861 until his assassination in 1865.

2. He signed the Homestead Act 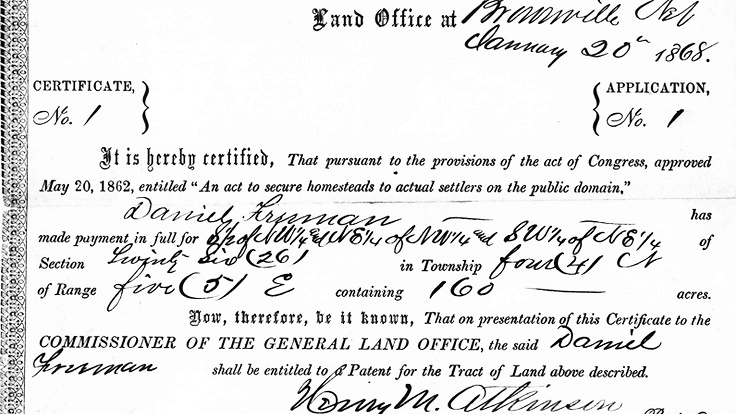 President Lincoln signed this act in 1862, and with that, the government gave small lands to farmers. They had to be at least 21 years old and the head of the family. The homesteaders were also obligated to build a house on that property and try their luck with farming. If the homesteader proved his farming successful, after five years, he would receive a deed making him the owner of the land after paying a fee, and if not successful, he had to return the land to the government. Many people saw the Homestead Act as a chance for a better life!

3. He is the Only President to Hold a Patent 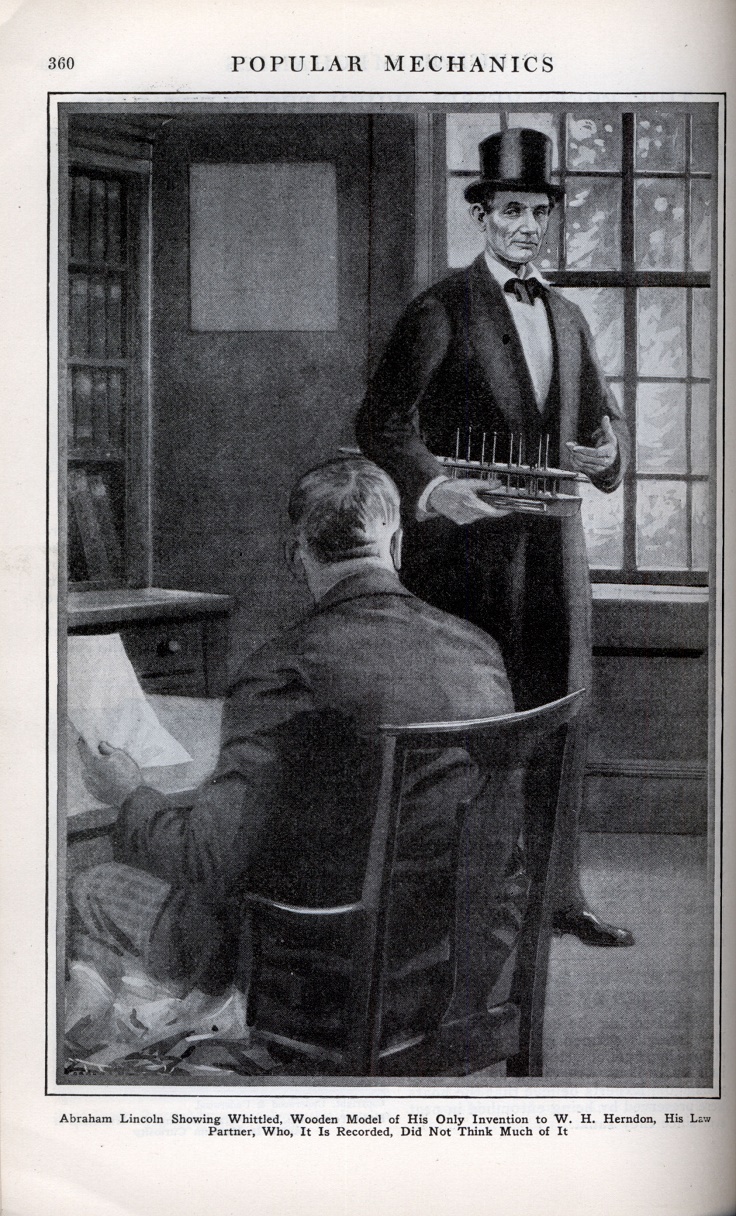 Abraham Lincoln was always interested in mechanics, which he inherited from his father, who was also something of a mechanic. President Lincoln started working on his invention in 1848 while he was in Congress, and he even had lectures on discoveries and inventions before he became a President. He designed a device for lifting boats over shoals, and in 1849, he received Patent No. 6469 for his invention. He is the only President of the United States that has a patent for his own invention! However, the device was never really used, and the patent model is located in the Smithsonian Institution.

4. He Issued the Emancipation Proclamation 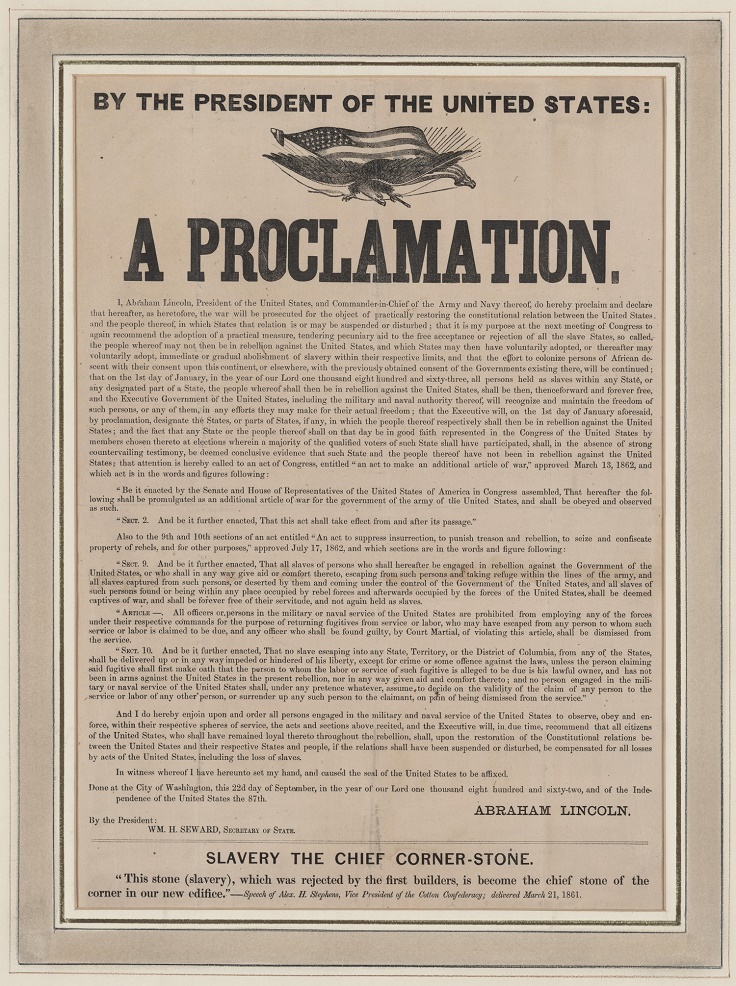 President Lincoln issued the Emancipation Proclamation in 1862,  with which he would free more than three million slaves of the Confederate States. Still, the Proclamation didn’t affect the slaves from the Border States. The proclamation also called for black military units to fight together with the Union Forces, which resulted in more than 100.000 African Americans fighting in the Civil War. However, the Emancipation Proclamation wasn’t a law passed by Congress, so Lincoln insisted on an antislavery amendment to the U.S. Constitution, which will make his proclamation come true. Unfortunately, even though Congress passed it in 1865, slaves in the States stayed in a bad position for many years after that.

5. He Established the US National Banking System

Together with the Treasury Secretary Salmon P. Chase, President Lincoln conceived the National Banking System, instituted the first general income tax in the States, and started printing paper money, which back then were called “Greenbacks.” Abraham Lincoln believed that it is important for a country to have good and reliable economics to have a national currency and bank credit to help the citizens. That is was why he was so proud when he signed the National Currency Act in 1863.

6. He Established the US Department of Agriculture 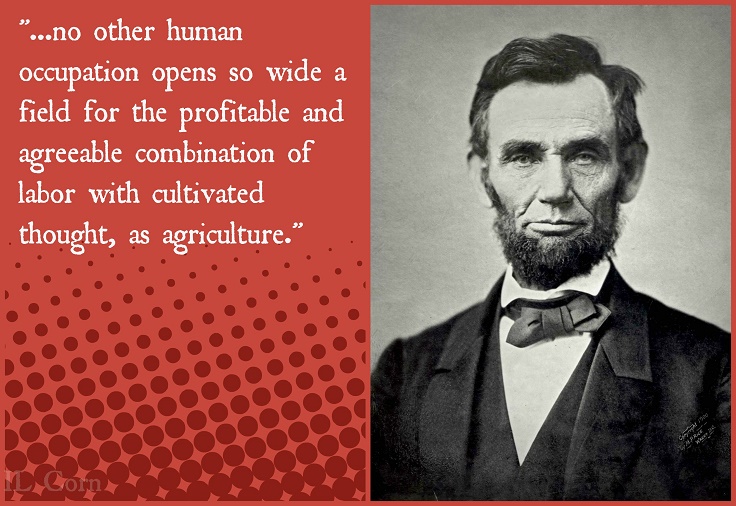 On May 15 in 1862, President Lincoln signed the bill on establishing the Department of Agriculture. With this establishment, he transformed and expanded agriculture in the States. Lincoln himself grew on a poor farm in Kentucky, and that gave him the needed experience to understand the need for a better agriculture system in the country. He deemed the department as “The People’s Department” and appointed Isaac Newton as the first Commissioner of Agriculture. Lincoln decided to turn to Newton because his farms were successful and seen as models.

7. He Improved Education in the States 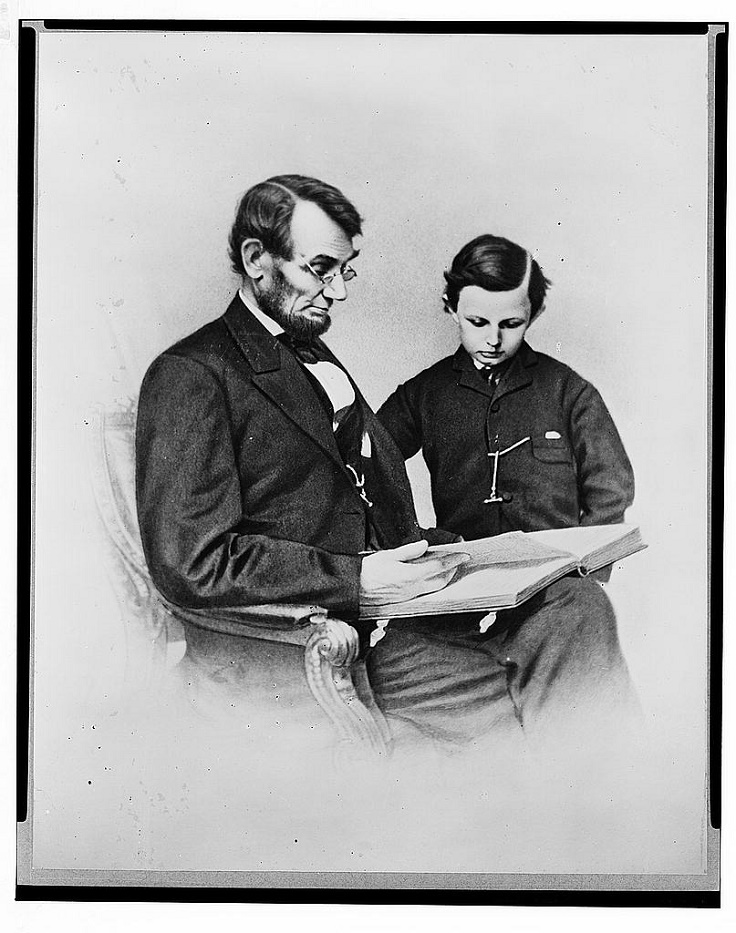 One of the greatest Abraham Lincoln Accomplishments is when he signed the Morrill Act, also known as the Land Grant College Act, in 1862, and it was a great boost to higher education in the States. With this Act, the states were provided with public lands on which they built universities that offered to specialize in agriculture, military tactics, and mechanics. The act got the name of Vermont Congressmen Justin Morrill, who introduced the Land Grant bill to the House of Representatives in 1857. Even though some historians believe that Lincoln had little influence in Congress regarding this act, he still believed in and improved education among the Americans.

8. He Led the Union to Victory 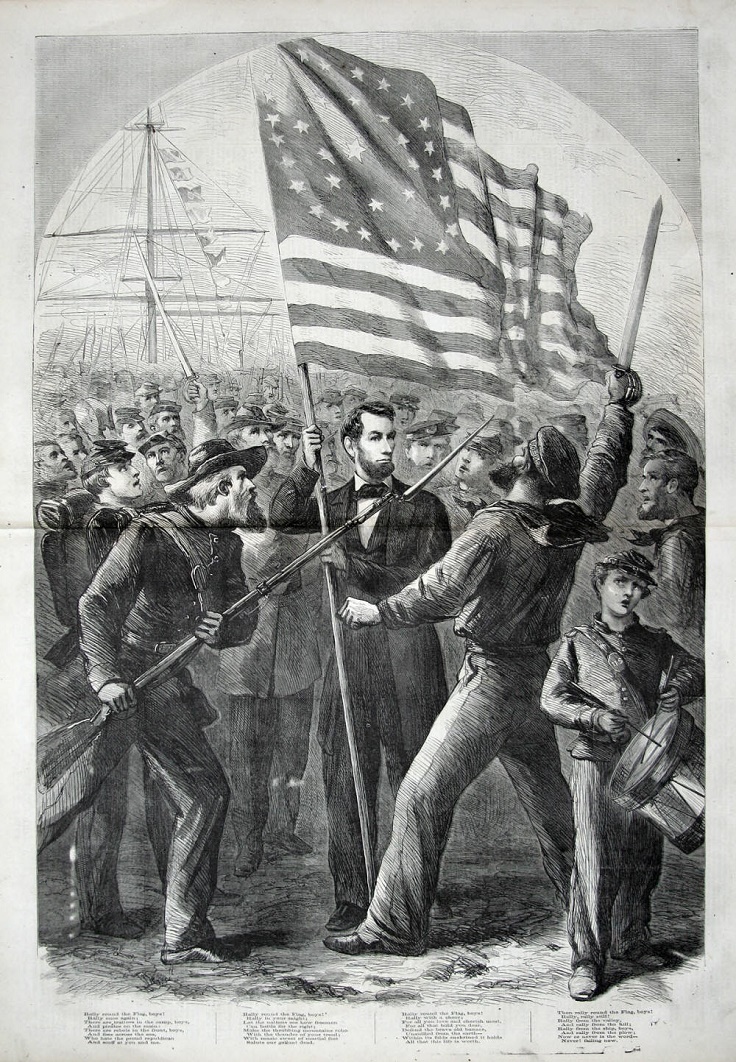 As a president of the United States, Abraham Lincoln believed that it is his duty to preserve the Union. Lincoln has seriously accepted his role as a commander in chief and risked his life during the Civil War while leading the Union to victory. In the beginning, he was a commander in chief that had little experience on the battlefield. However, that wasn’t an obstacle too long for him. He read and worked hard to improve his and the Union’s military tactics. It was successful because he led the Union to victory in 1865, which ended the Civil War. He managed to succeed, even though many people disagreed and wanted to leave the Union even though at the beginning. One of Lincoln’s things about during the Civil War is exactly his treatment of civil liberties.

9. He Contributed to the Reconstruction 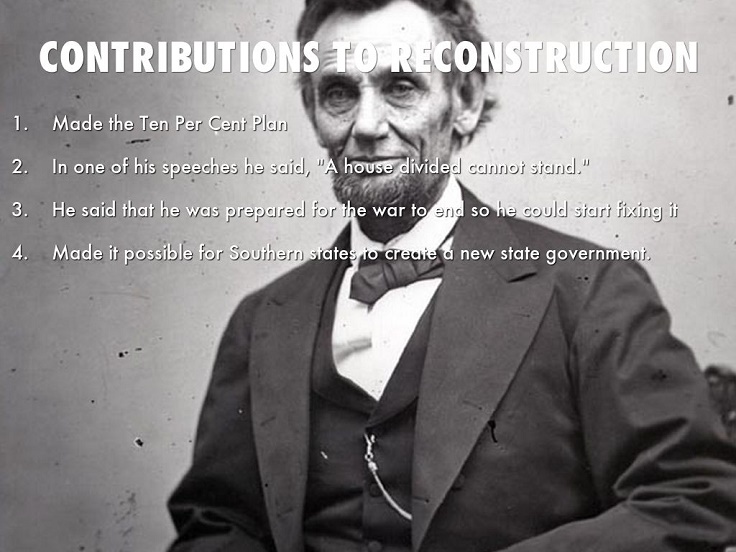 After the Civil War, there was great damage in the States, especially in the South. President Lincoln issued Amnesty and Reconstruction’s Proclamation, which is also known as his Ten Percent Plan, to help the rebel states. The plan offered a political pardon to any Confederate (the highest Confederate officials were excluded) who would agree under the President’s terms to support the Union and the Constitution as well. There were disagreements over the Ten Percent Plan because some radical Republicans thought the plan was going too easy on the Confederates. However, after the assassination of Lincoln, these disagreements over the reconstructions were even larger.

10. He Signed the Thanksgiving Proclamation 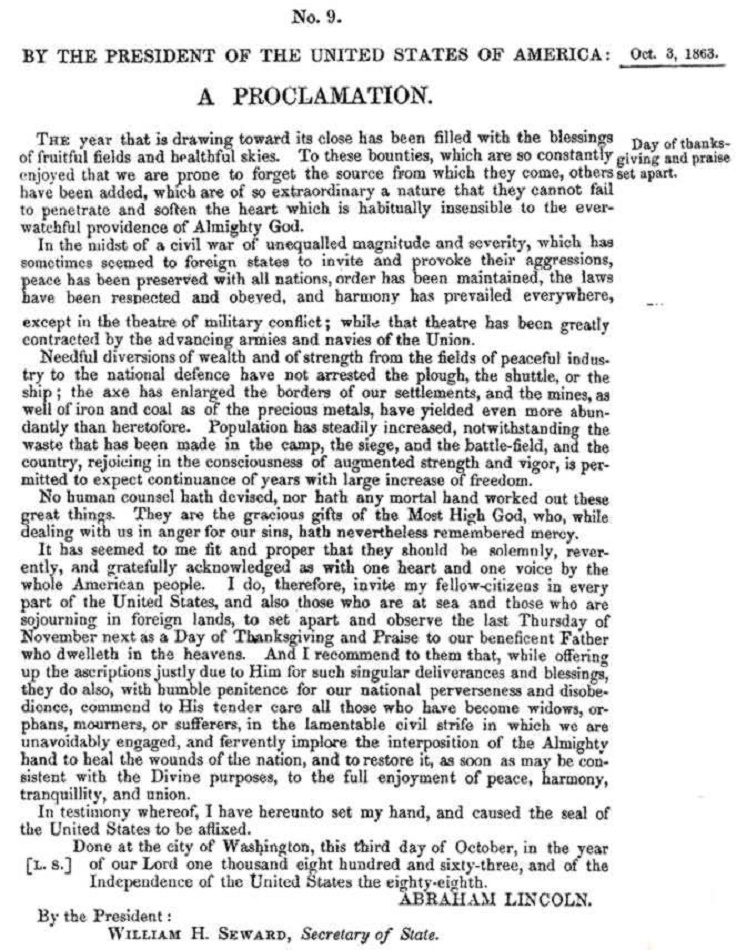 President Abraham Lincoln signed the Thanksgiving Proclamation in 1863 in token of gratitude because of Gettysburg’s victory. That proclamation made Thanksgiving officially a national holiday for the Americans. It was celebrated every November on the fourth Thursday until 1939 when President Franklin Roosevelt moved the holiday during the Great Depression to provide better business conditions between Thanksgiving and Christmas. 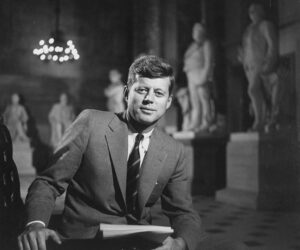