We usually think indoor air is clean, but the truth is that indoor air is typically far more toxic than outside air. On average, Americans spend 90 percent of their time indoors.

Indoor air quality is one of the top five risks to public health, according to the Environmental Protection Agency (EPA). In fact, the Commonwealth Scientific and Industrial Research Organization estimates that occupants of new homes may be exposed to many times the maximum allowable limits of indoor air pollutants such as formaldehyde and benzene.

From harsh cleaning chemicals to cooking byproducts, there’s a lot of harmful stuff floating around the house. Exposure to formaldehyde irritates the eyes, nose, and throat can cause headaches and allergic contact dermatitis, and has been linked to asthma. Benzene irritates the eyes and skin.

Common indoor plants may provide a valuable weapon in the fight against rising levels of indoor air pollution. Those plants in your office or home are not only decorative, but they can absorb potentially harmful gases and cleaning the air inside modern buildings. Studies done by the National Aeronautics and Space Administration (NASA) show that certain houseplants remove 87% of indoor air pollutants within 24 hours.

Here is the list of the top 10 air detoxifying plants you can grow indoors. These plants can help reduce all sorts of serious air pollutants, even benzene, formaldehyde, and trichloroethylene, as well as microbial pathogens. The plants reduce air toxins and carbon dioxide while increasing oxygen levels and humidity. 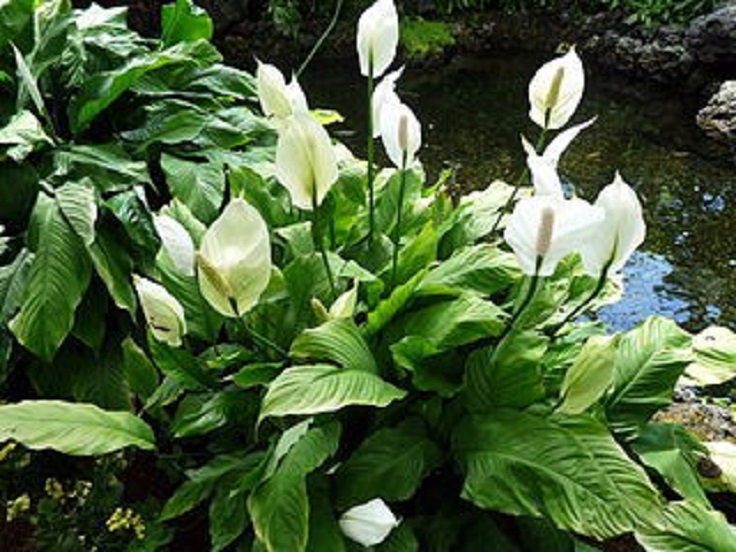 Peace lilies (Spathiphyllum) are among the most popular varieties of houseplants because they are relatively easy to maintain, and their pure white blossoms are lovely to look at. These lovely plants not only brighten up living space but are also excellent at cleaning the air of the room they are in. NASA scientists, for its air-cleaning properties, recognized the peace lily. This tropical plant breaks down and neutralizes toxic gases like formaldehyde and carbon monoxide inside its pores. This year-round bloomer rids the air of the volatile organic compounds benzene, a carcinogen found in paints, furniture wax, and polishes. It also sucks up acetone, which is emitted by electronics, adhesives, and certain cleaners. 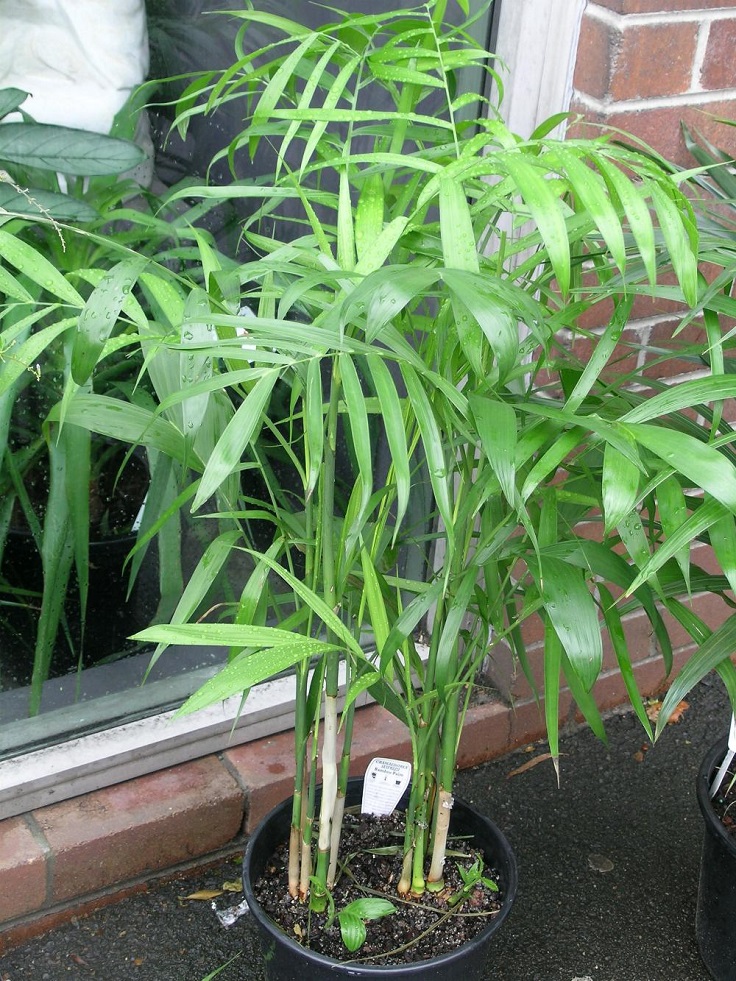 The beautiful compact Bamboo Palm, native to Mexico and Central America, is perfect for low light areas. Chamaedorea seifrizii is a useful indoor palm because of its adaptability to the environment, exotic look, and anti-pollutant abilities. It is very common in malls, offices, homes, and courtyards. It removes formaldahyde and is also said to act as a natural humidifier. 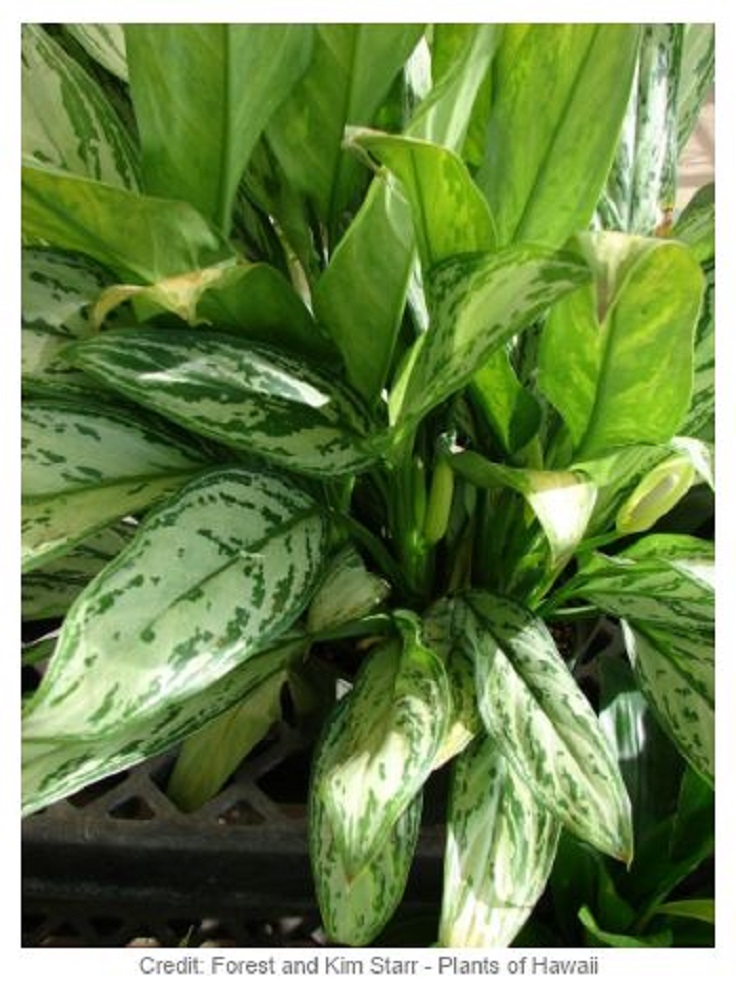 The Chinese Evergreen is the common name used for collecting plants from the Aglaonema genus – which tend to tolerate low light conditions very well. It does well with full shade and good draining; variegated plants need more sunlight. The sap of this plant is considered poisonous and is an irritant. Emits high oxygen content and purifies indoor air by removing chemicals, such as formaldahyde, benzene, or other toxins. 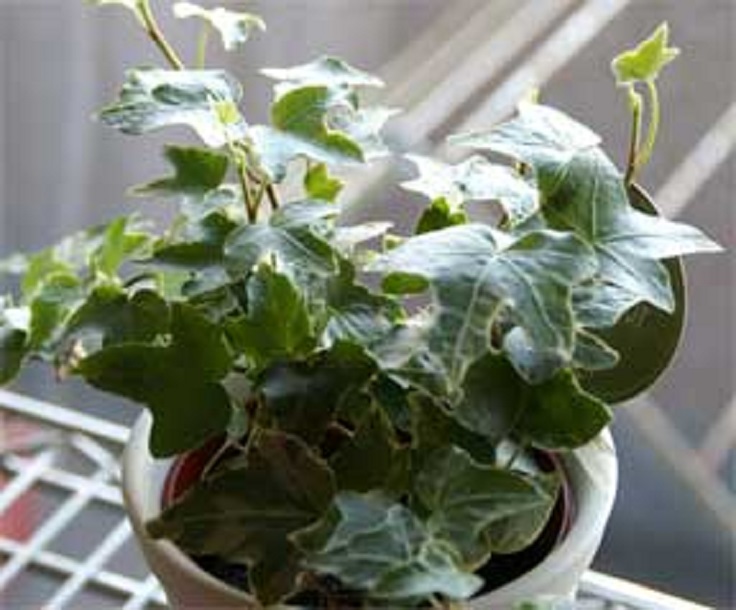 English Ivy plants (Hedera helix) are superb climbers, clinging to almost any surface using small roots that grow along the stems. This evergreen clinging vine is none other than the common vine you see adorning old tutor cottages. It’s incredibly easy to grow, requires moderate sunlight, and NASA considers it the best plant to filter formaldehyde – the most prevalent indoor pollutant which shows up in wood floorboard resins and synthetic carpet dyes. This relatively easy-to-grow plant is excellent at removing benzene from the air and reduces airborne particles of fecal matter, which is fantastic for asthma and allergies. English ivy is also an attractive, decorative plant. 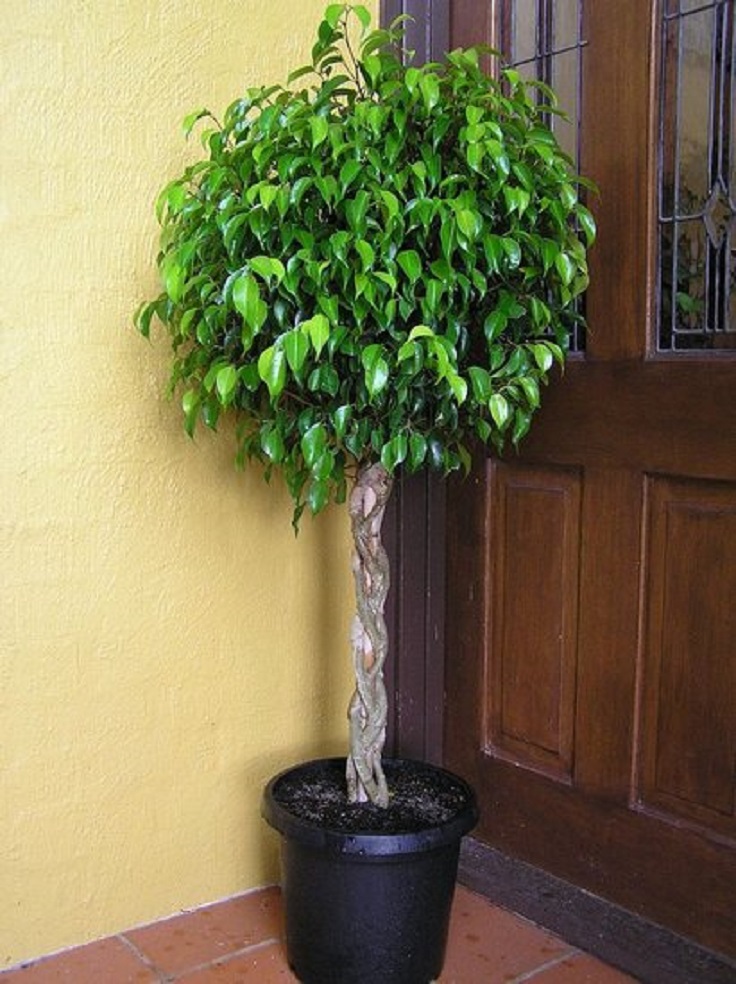 Ficus (Ficus benjamin), an Indian fig, does not look like a Ficus at all. If you want to have a genuine decoration of your room and create a special atmosphere, definitely buy ficus benjamina. It is easy to care for but does not like to be moved. It prefers bright light and sun but is also shade-tolerant. Ficus are quite tolerant of varying temperatures but grow best in a steady temperature of about 12°C. Moderate water needs for these types of houseplants. Known to remove common airborne toxins and increase oxygen levels. 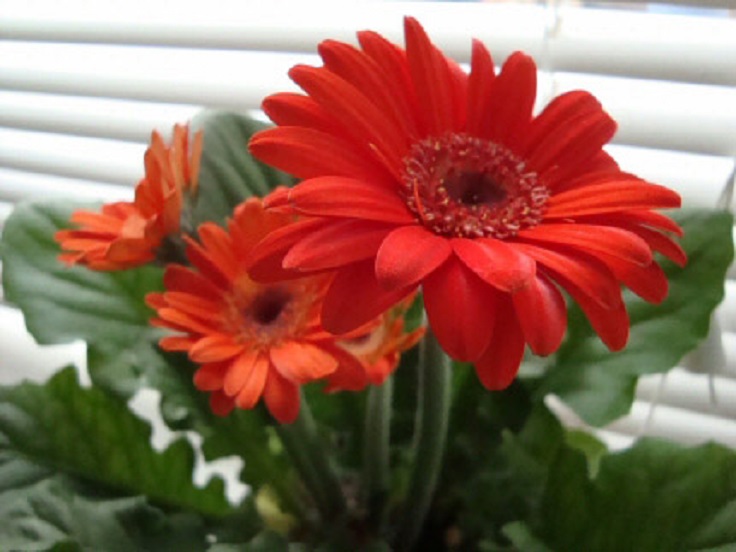 The Gerbera Daisy (Gerbera Jamesonii) or African Daisy is a stunning flowering plant whose bright blooms can be red, yellow, pink, or orange. Since it has a variety of different coloured blooms, it is one of the most frequently used cut flowers worldwide when it comes to flower arranging. When grown outdoors, it’s “easy,” but as a houseplant, it becomes “difficult.” The main problem is that it needs sun to repeat flower, but sunshine or bright light shining through windows produces a lot of heat, which Gerbera struggles with. It can be used as a filter for benzene, formaldehyde, and trichlorethyelene. 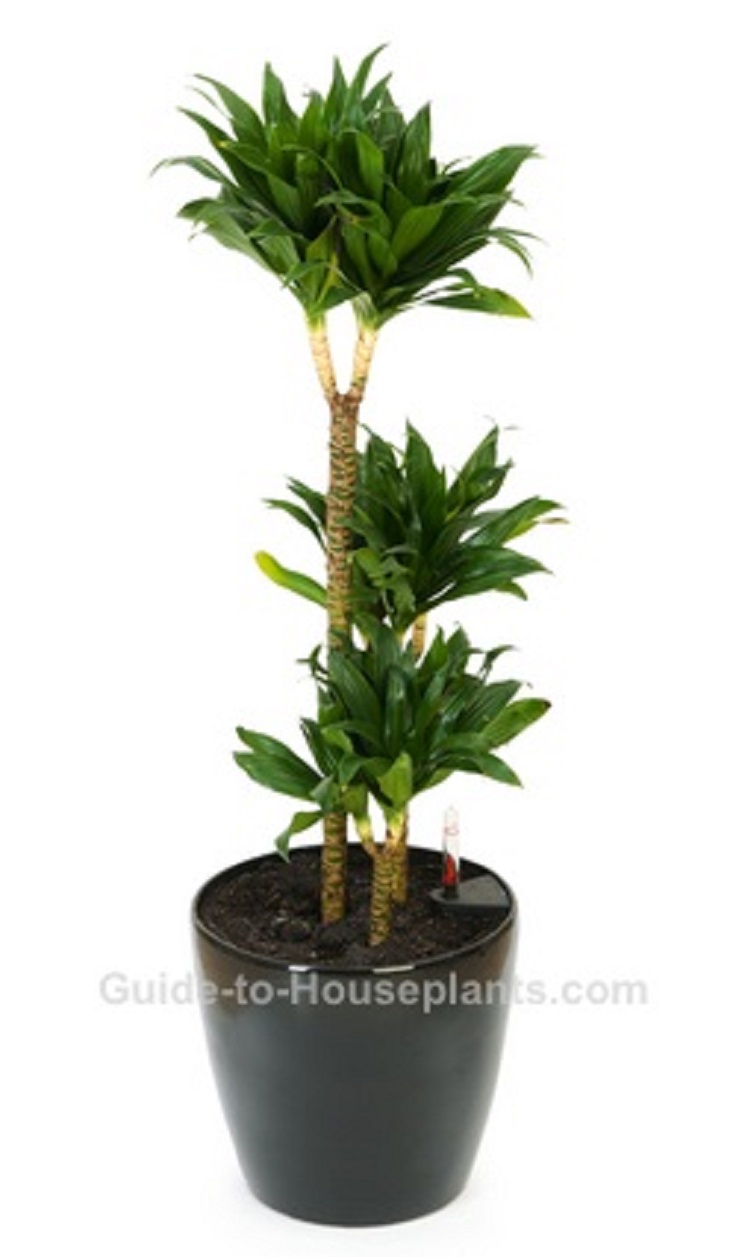 Janet Craig is one of the most popular Dracaena’s used indoors, likely due to its ability to grow in low light and tolerate considerable dryness. Its dark-green leaves are naturally shiny. Although tropical by nature, it adapts beautifully to average home conditions. In fact, it does so well on its own; you don’t need to fuss over it at all. Lady Palm is said to be a good overall air purifier, removing most air pollutants. This plant will take care of gases released by xylene, trichloroethylene, and formaldehyde, which lacquers, varnishes, and sealers can introduce. 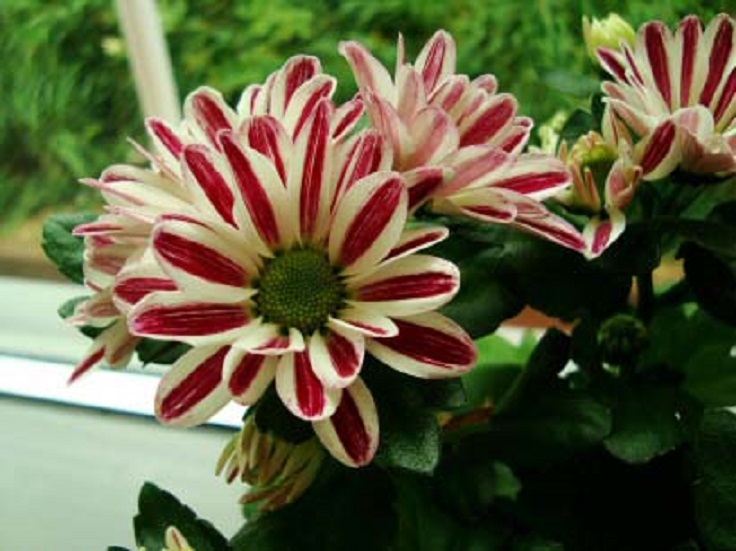 The Pot Mum or Florist’s Mum is a classic houseplant often brought as a present at Christmas, Easter, or Mothering Sunday. Likes partial sun and lots of water, but they only flower once and are generally annual plants. The Pot Mum are among the houseplants that clean the air; it effectively removes benzene, a carcinogen (cancer-causing substance) associated with most chemicals, plastics, cigarettes, and off-gassing. It also removes trichloroethylene (found in solvents and cleaners), formaldehyde, and ammonia. 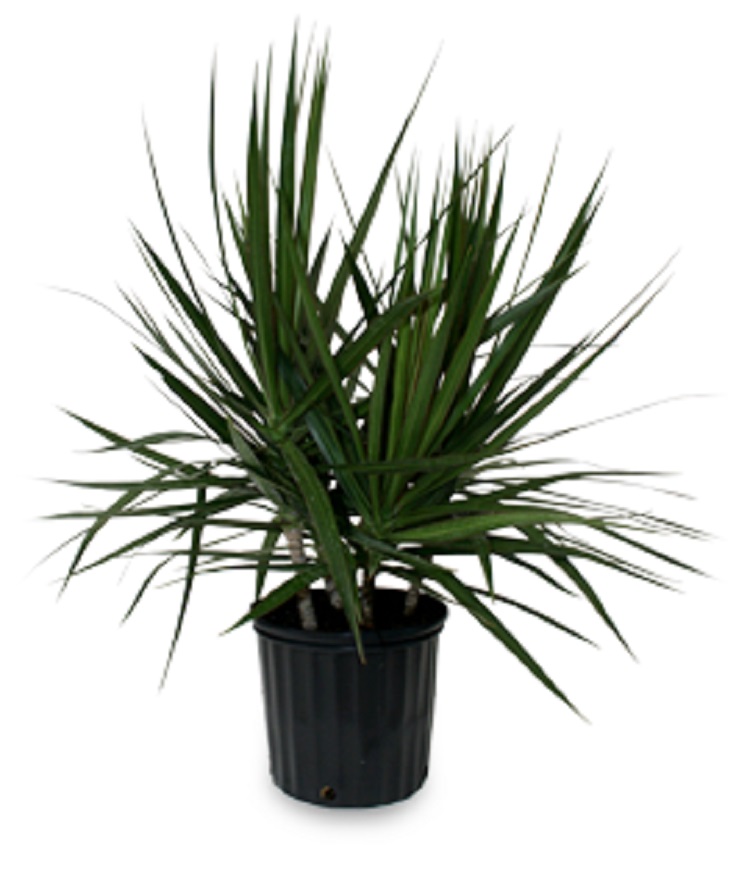 Known as a Dragon Tree, the Dracaena Marginata is distinguished by its narrow pointed, glossy green leaves with red edges. It is native to Madagascar, where it is found under the dark, cool canopies of tropical rainforests. Dracaena Marginata can tolerate low light, making it a very popular home or office plant. Known for purifying the carcinogen benzene air, commonly found in the off-gassing of synthetic materials, cigarette smoke, and other household chemicals. Marginata is also known for removing formaldahyde, xylene (found in varnishes, paints, and paint thinners), and trichloroethylene (found in solvents) from the air. 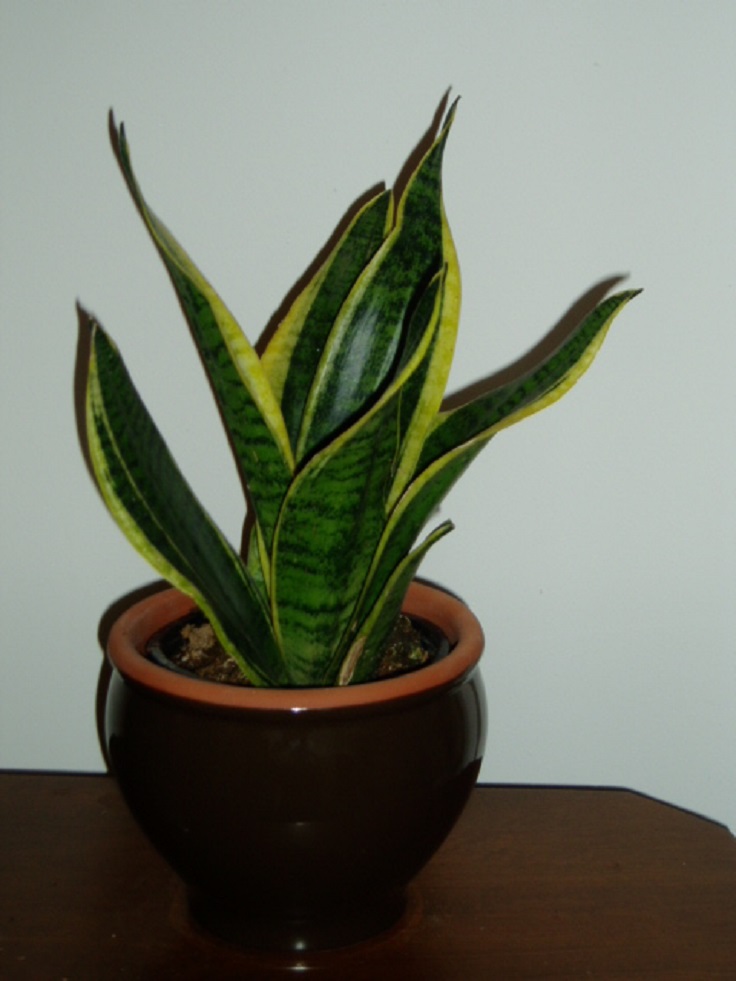 The Sansevieria Laurentii or Snake Plant is native to South and West Africa. This rare decorative plant goes by many common names. One of them is the mother-in-law’s tongue. It is known for its long, stiff green leaves with yellow highlights. This is a pretty hardy plant that doesn’t require a lot of light and can handle irregular watering. According to the NASA study, it is the most effective plant in removing benzene, formaldehyde, trichlorethyelene, xylene, and toluene. 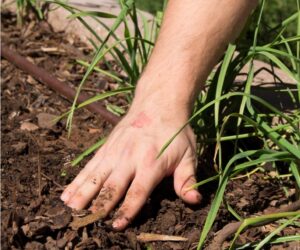 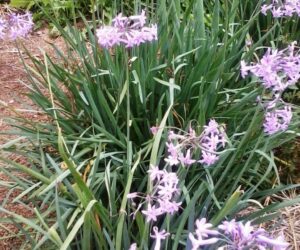 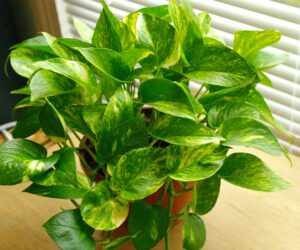