Forgetfulness is a normal part of getting old. Forgetting things like where you have put your keys or forgetting someone’s name is pretty normal. You will surely remember it all later and life will go on. But what if you start forgetting things on daily basis? So much that it is starting to seriously affect your every day life? This can very much be an early sign of Alzheimer’s disease – the most common form of dementia.

Alzheimer’s is a brain disease that causes a slow decline in memory, thinking and reasoning skills. Early-onset Alzheimer’s can affect people younger than 60, while late-onset Alzheimer’s affects those older than 60. The symptoms of it slowly progress with time. The rate is different for each individual and it’s not possible to predict exactly how quickly it will get worse

Vitamin B12 deficiency, and brain, thyroid, kidney, or even liver disorders can all cause memory loss, but with Alzheimer’s it is usually a combination of many symptoms. Detecting and identifying the early symptoms of this disease is very important and knowing and understand the symptoms can help a lot with diagnosing it. This is why we are sharing the 10 most common sings and symptoms of Alzheimer’s disease.

This is definitely the first and most common symptom of Alzheimer’s Disease. We are not talking about forgetting where you have put your keys, but can’t remembering what a key is for, where to put the dishes or even forgetting the names of things and people. People affected by this disease are most likely to start forgetting dates and events as well so they need to rely on memory aids and family members. This are all early signs of dementia and should be taken seriously.

People with Alzheimer’s start to experience language problems even in the early stages of the disease. They start to not only forget certain words, but also find it difficult to find words in general and form a phrase. This results in using strange expressions that sometimes don’t even make sense. The Alzheimer’s Association offers the example of calling a watch a “hand clock.” Also, it is common to start having difficulties in conversations, such as forgetting what you were talking about and start a new subject in the middle of the sentence.

Multitasking is a real problem for people with Alzheimer’s. The disease causes thinking problems especially about abstract things. Take numbers for example, they are very difficult to understand and manage so it gets tough to deal with finances, checkbooks, paying bills etc. It can get as far as not recognizing the numbers as the disease progresses.

This is one of the hardest things to deal with when fighting the Alzheimer’s disease – not being able to complete even the simplest tasks you used to do on daily basis. You might not be able to drive to a familiar location, or even remembering the rules of your favorite game. If you have trouble setting the microwave, a simple task you do almost every day, or record your favorite tv show, you might be experiencing some of the early symptoms of this diseases.

Another early symptom of Alzheimer’s is having trouble planning and solving problems. This means finding it difficult to make plans and stick to them, or even following a simple recipe that you have used many times. Detailed tasks may become too hard to finish, as it will get harder and harder to concentrate.

With time, it is normal for your vision to get worse, but if you start having problems to read the words on a page, along not being able to judge distance or even start to forget the colors, you might be having early Alzheimer’s symptoms. This might even affect your driving.

Mood changes as well as changes in personality are often early signs of Alzheimer’s. When we talk about mood changes we mean sudden distrust in people, even in family members, feeling anxiety and depression as well as paranoia. This all can lead to personality changes, turning people who were good-natured into angry, upset or spiteful.

People with Alzheimer’s often repeat words, statements, questions and other activities. This a result of fighting dementia or memory loss and can be triggered by many things including boredom, anxiety, or even fear to achieve comfort, familiarity or security.

Wandering or getting lost is one of the most common symptoms of dementia and Alzheimer’s. Unfortunately, even 60% of the people affected by Alzheimer’s face wandering aimlessly or get lost and this can happen quite frequently. This is all caused because of the confusion and fear these people feel because they are unable to recognize people or remember simple things. 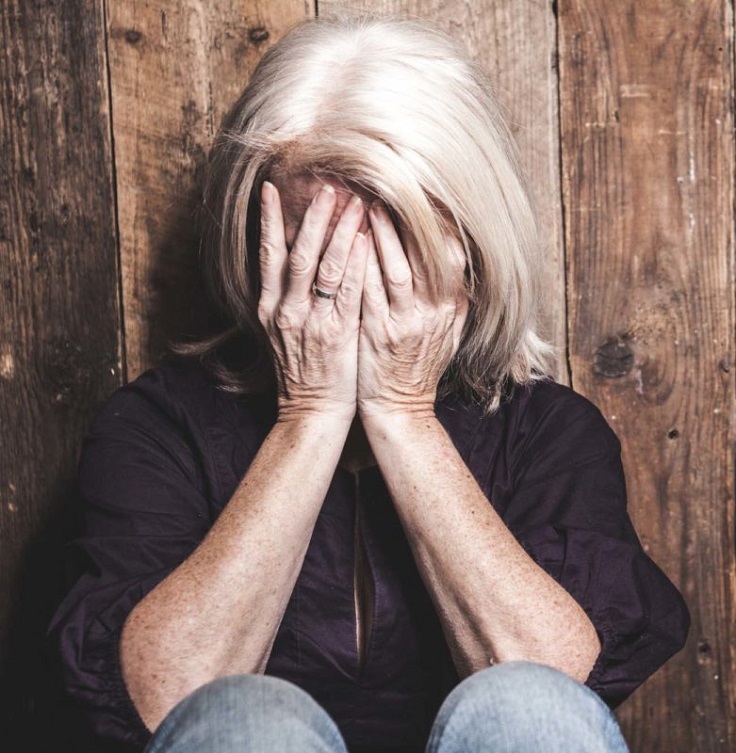 Making silly decisions like dressing improperly for the weather or spending money in unusual ways are some of the early symptoms of Alzheimer’s disease. This can mean becoming irresponsible, giving money to telemarketers, or not paying things that must be payed like bills for example, usually because they think the utility company is not worth the money.