London is one of the most popular tourist destinations in the whole world and there is a reason for that – the capital of England and United Kingdom has so much history, culture and entertainment to offer! It is the perfect mixture of modern and medieval, with so many different architectural styles to be seen.

If you haven’t visited this city so far, then scroll along to see the ten places we picked for you – if you already visited them, we’re sure that at least one of these places stole your heart! Let us know which is your favorite and write it down on your bucket list. 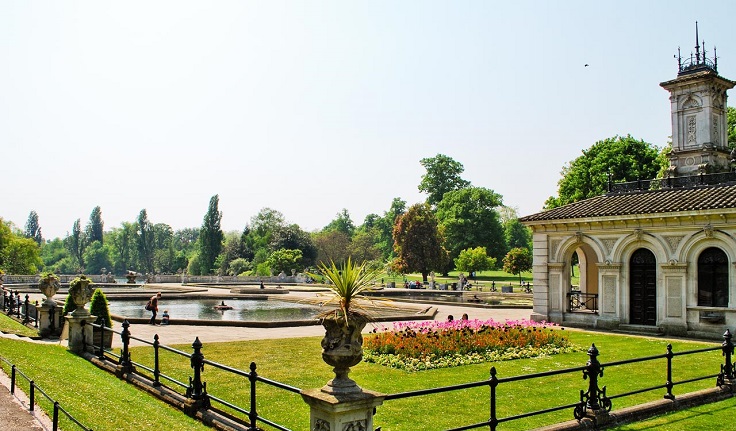 Hyde Park is to Londoners what Central Park is to New Yorkers. This wonderful park is a part of the Kensington Garden and was closed to public until King Charles I opened it in 1637. Ever since the 1800’s, Hyde Park is very popular among locals and tourists, who come to see what this park is offering – lots of greenery and flowers, the Serpentine Lake and many monuments, such as the Wellington Monument or Diana, Princess of Wales Memorial Fountain. 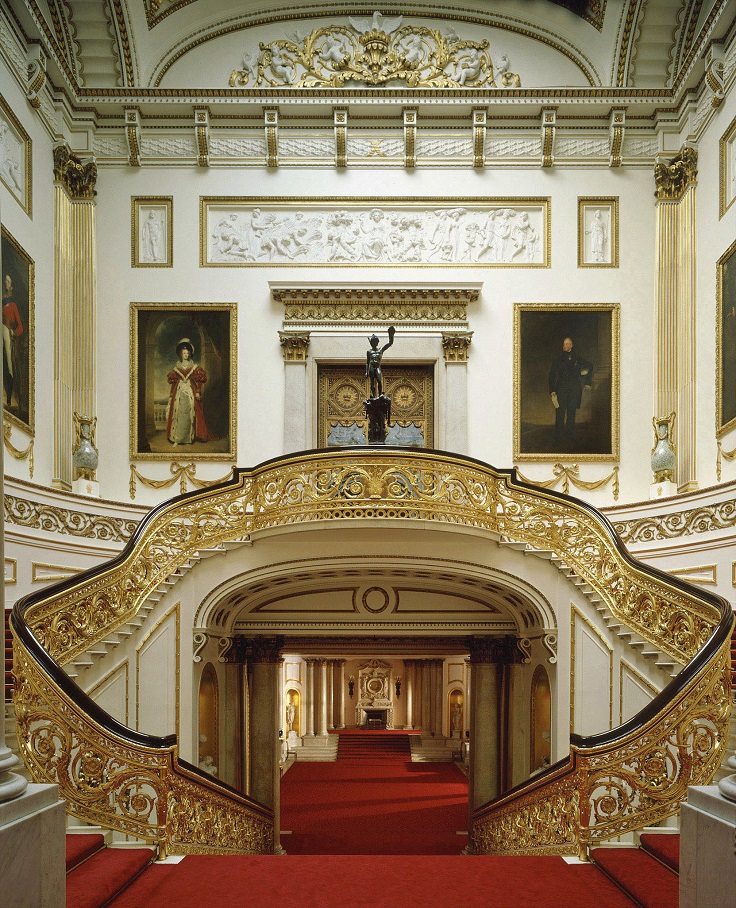 The Buckingham Palace is the official home of the British royal family since 1837. Equally impressive both from the inside and outside, the palace is home as well to 800 people, most that serve as staff. You might think that’s a lot, but bare in mind that the palace has more than 700 windows and 700 rooms, 1.514 doors, 40.000 light bulbs and 350 clocks, just to name few examples! If you want to know whether or not the Queen is inside her palace, look at the flag outside – if you see the Union Flag, the Queen isn’t home, and if it’s the Royal Standard, she is. 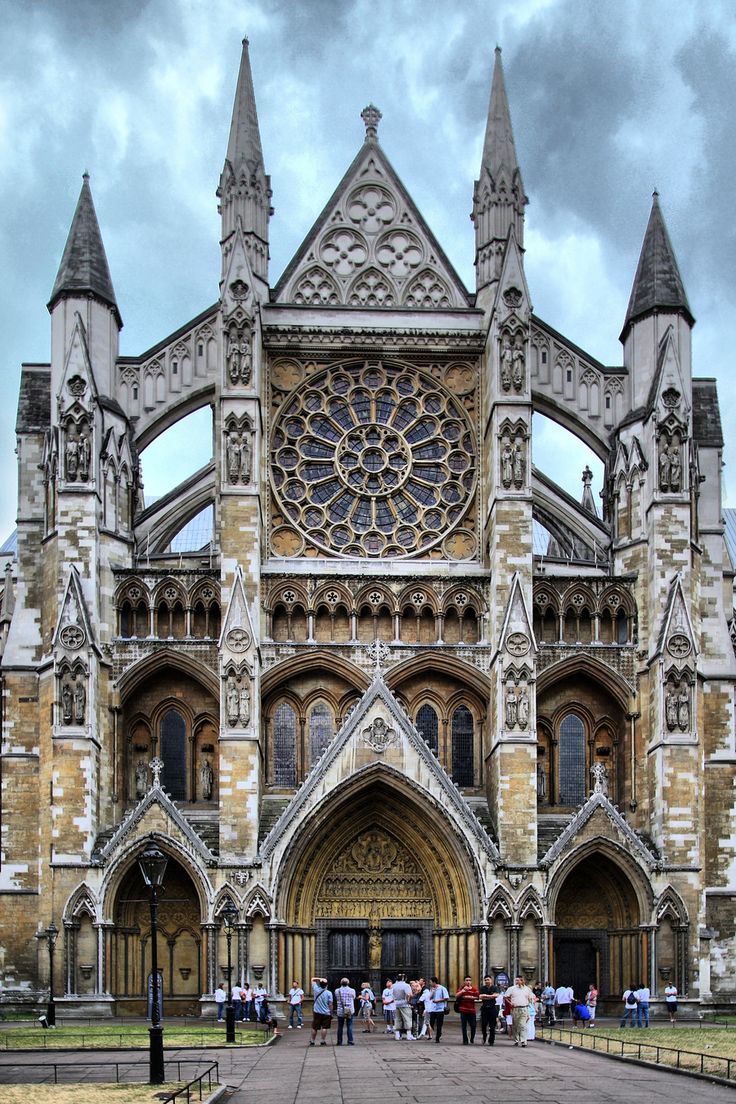 The Westminster Abbey is one of the oldest cathedrals in Europe and has been the coronation church for the British Monarch since 1066. Many royal personalities were buried or commemorated here, but royal weddings have taken place as well, with the wedding of Duchess Kate and Prince William being the last. The cathedral is fascinating both from the inside and outside as well, no wonder why it is recognized as UNESCO World Heritage Site! 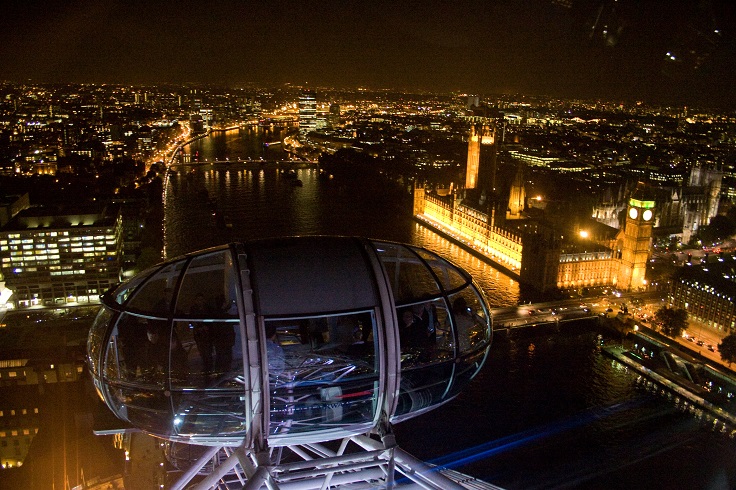 The London Eye is the most popular pain tourist attraction in the UK, with more than 3 million visitors every year. It was built in 1999, in order to celebrate the new millennium with a new landmark. There are 32 capsules, being numbered from 1 do 33 – there is no capsule n. 13! One ride at the London Eye lasts for 30 minutes, during which if the weather is clear and fine, you can see up to 40 km. Among the tourists there celebrities as well – Kate Moss is the UK celebrity with most spins – 25! 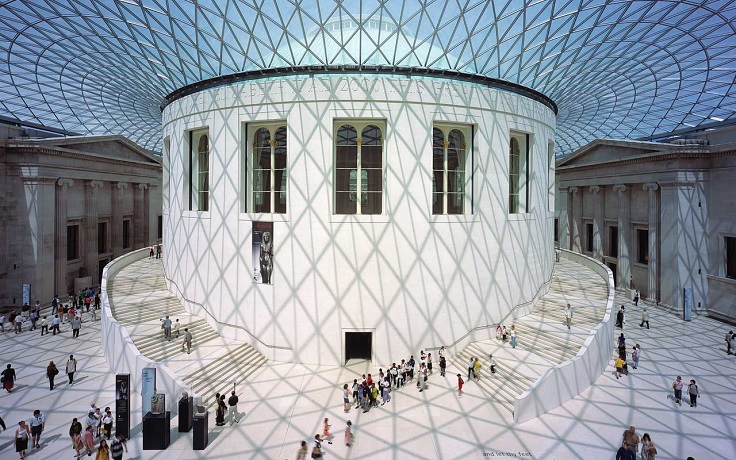 The British Museum is the most popular free tourist attraction in the UK, with more than six million visitors each year. There are eight million objects in the museum, with roughly 80.000 being displayed daily. Located in the Bloomsbury area, the British Museum was established in 1753 and founded by Sir Hans Sloane, a famous physician and scientist. 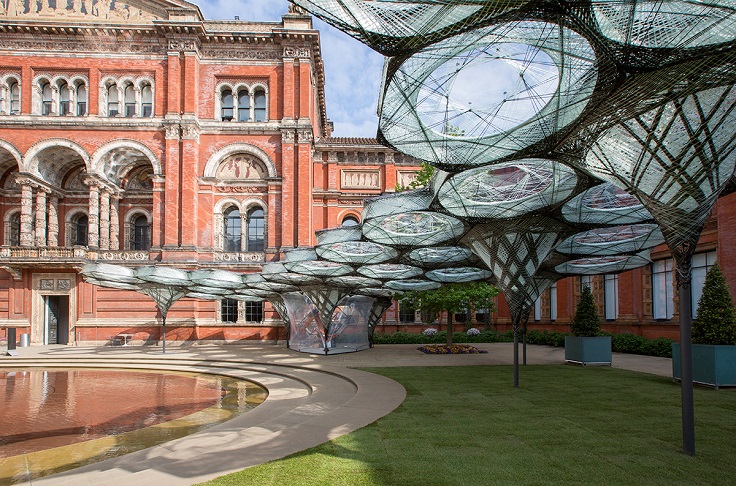 Founded in 1892 by Queen Victoria and Prince Albert, the Museum contains 145 galleries with more than four million objects, dating from 5.000 back up until modern day art. The museum, which was at first called the South Kensington Museum, was the first one in the whole world to have restaurant open to public. Queen Victoria really wanted to name the museum after Prince Albert, but in 1899 she gave the name of both she and her husband. 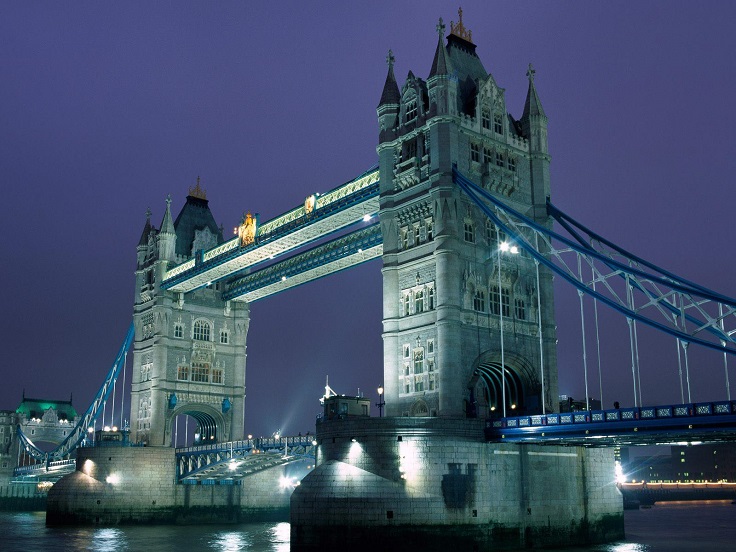 The Tower Bridge is connecting the the London boroughs of Tower Hamlets (north side) and Southwark (south side). It was built between 1886 and 1894 and was designed by famous British architect Sir Horace Jones. Many people confuse the Tower Bridge with London Bridge, but these two are completely different crossings. Spanning across the River Thames, it’s such an amazing experience to walk through the bridge. 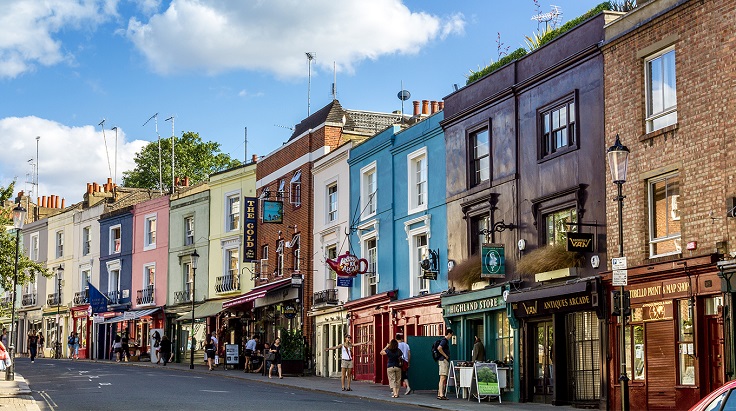 Many of you have probably heard about Notting Hill – the wonderful romantic movie with Julia Roberts and Hugh Grant. The adorable neighborhood filled with colorful small houses, all situated next to each other, today is exactly what it is thanks to the movie – before that it was mostly a working class area. Today, there are many shops, cafe bars and bookstores that attract so many tourists each year.

9. Big Ben and House of Parliament 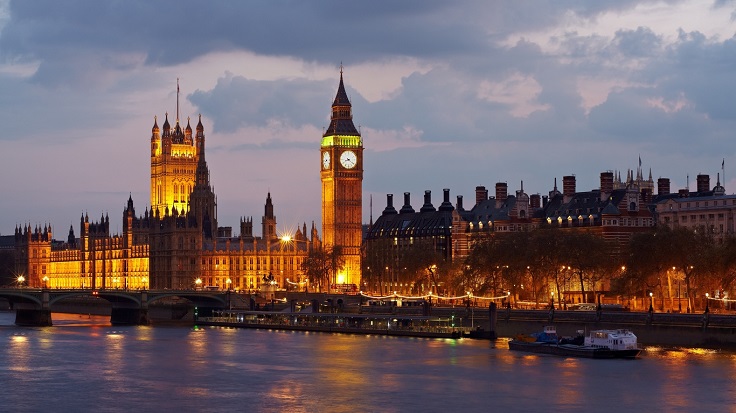 Located at the top of the Elizabeth Tower and on the north side of the Houses of Parliament in Westminster, the Big Ben is one of the most famous landmarks of London. It is the largest four-faced chiming clock in the world and at the base of each clock there is a Latin inscription that says “O Lord, keep safe our Queen Victoria the First”. The Big Ben became fully operational on 7th September 1859. 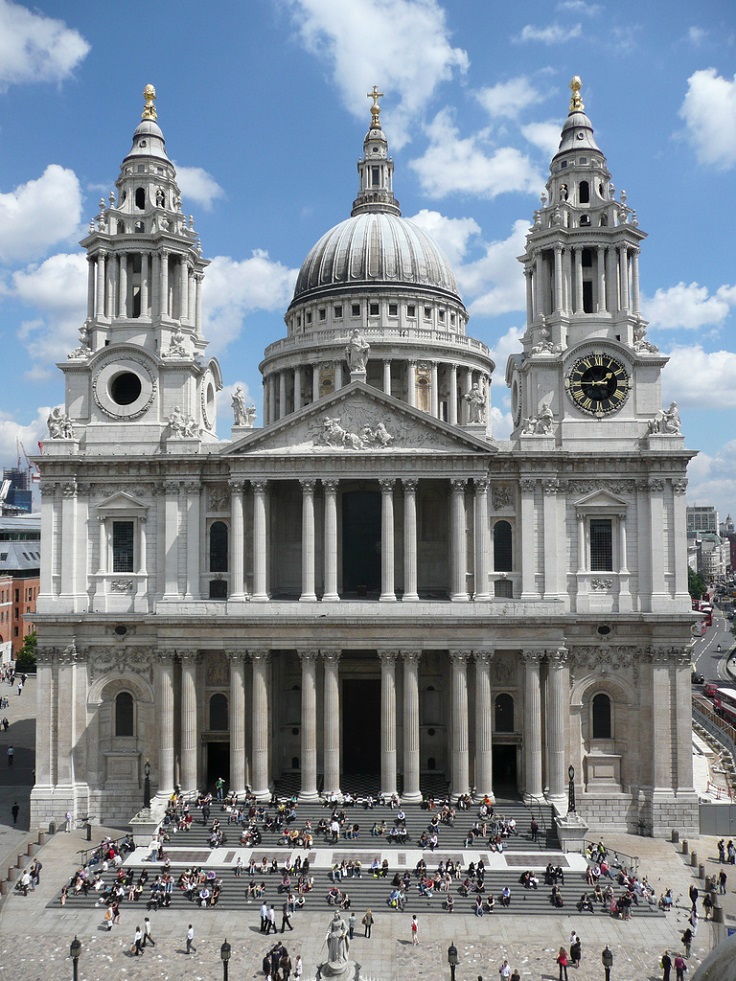 St. Paul’s Cathedral is located on the highest point in London, known as Ludgate Hill. It was built between 1675 and 1711 by Sir Christopher Wren and it has the second largest dome in the world, after the St. Peter’s in Rome. The cathedral fascinates with its interior, but that’s not the only reasons why tourists love it. Here you will find the Whispering gallery, where thanks to the great acoustics, you can hear a whisper against the wall from the other side.