Elephants are the largest land mammals on Earth. Wild elephants can be found in 50 countries, 13 of which are in Asia and 37 in Africa.

The main threat to their continued survival is poaching for ivory and the loss of habitat. The ivory trade is illegal today, but it has not been eliminated. Therefore some elephant populations remain endangered, while some populations are now stable and growing.

There are several Differences Between African and Asian Elephants, their size, the shape of their ears, and so on.

If all elephants look the same to you, read on and have a closer look with us! 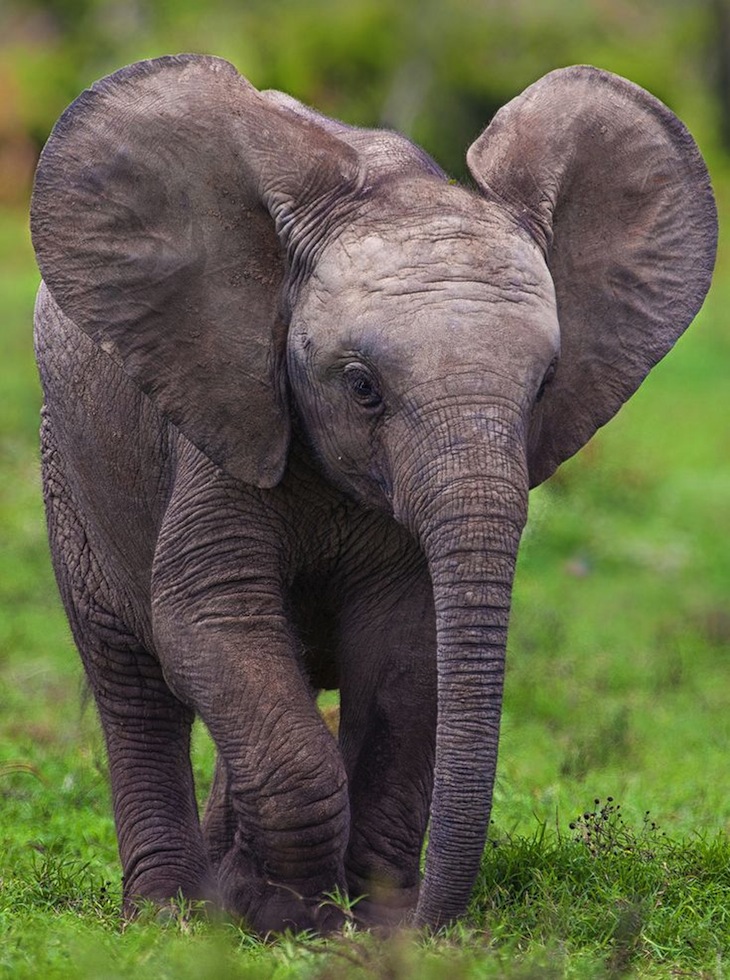 If you put an African and an Asian elephant next to each other, the first difference you would probably notice is the ears. African elephants have large ears – often referred to as ‘Africa shaped.’ Their ears cover their shoulders. They need larger ears as the tiny capillaries release heat on the hot and treeless African plains. Asian elephants have smaller, round-shaped ears because they live in slightly cooler climates in the jungle. 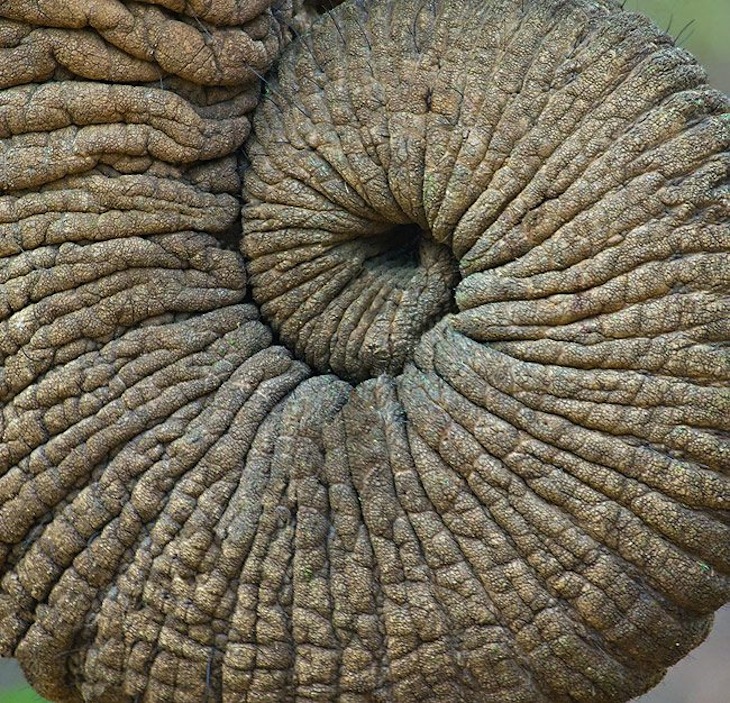 The trunk is actually a long nose used for smelling, breathing, drinking, trumpeting, and grabbing things. It has around 100,000 different muscles. Asian elephants have more rigid trunks with fewer rings, while their African relatives have more rings, so their trunk is less rigid.

The trunk of the African elephant is equipped with two fingerlike features, which help them to really grasp onto leaves and grasses. Asian elephants use their single finger to grab food, which they then squeeze into their mouths. 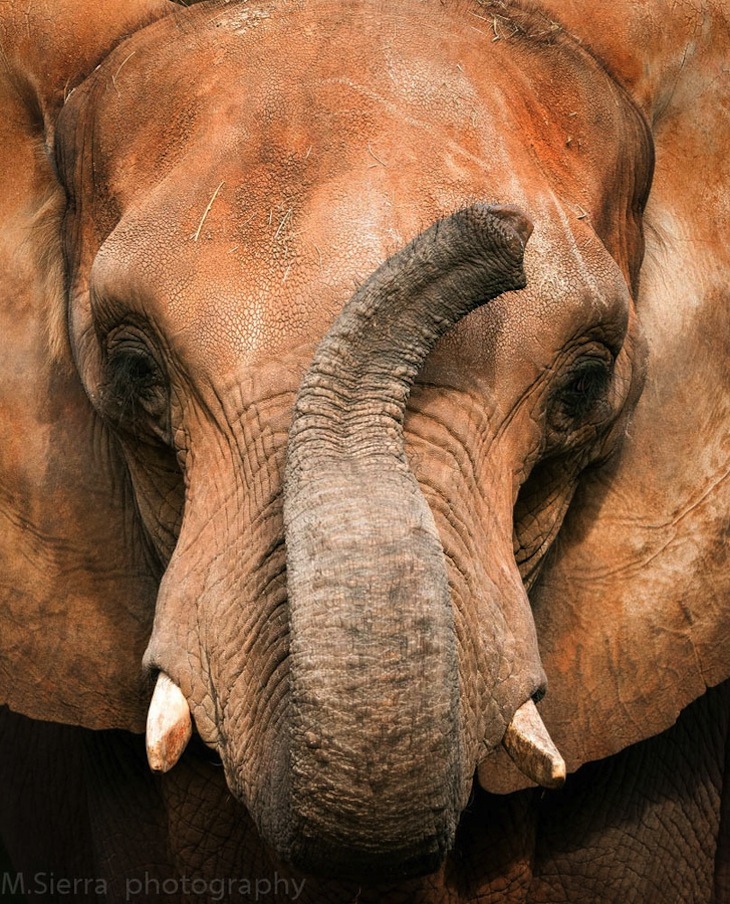 Photograph was taken by Mandy Sierra

The African elephant’s head is smooth, with no humps on the forehead, while Asian elephants have a distinctly humped skull. In fact, they have two humps on their forehead. 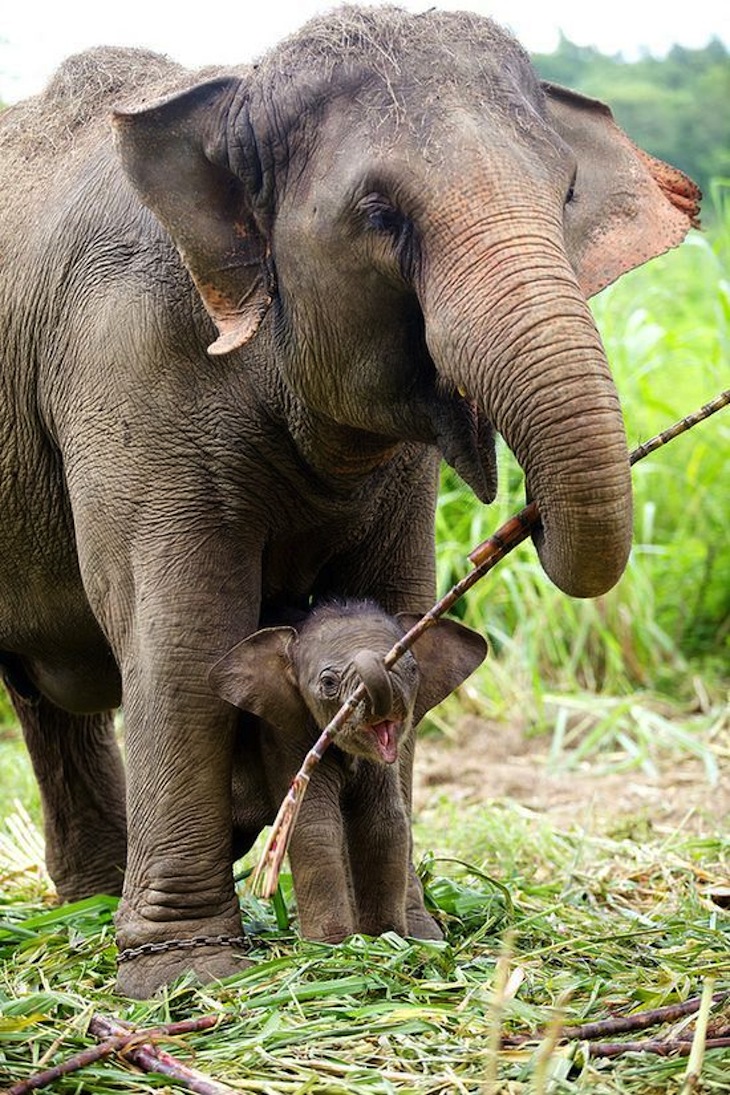 There is a significant difference between the height of the elephants on the African and Asian continent. Asian elephants are 2 to 3.5 m (6.6 to 11.5 ft), and African elephants grow much bigger and taller. An elephant bull’s shoulder height can reach 3.96 meters (13.0 ft). 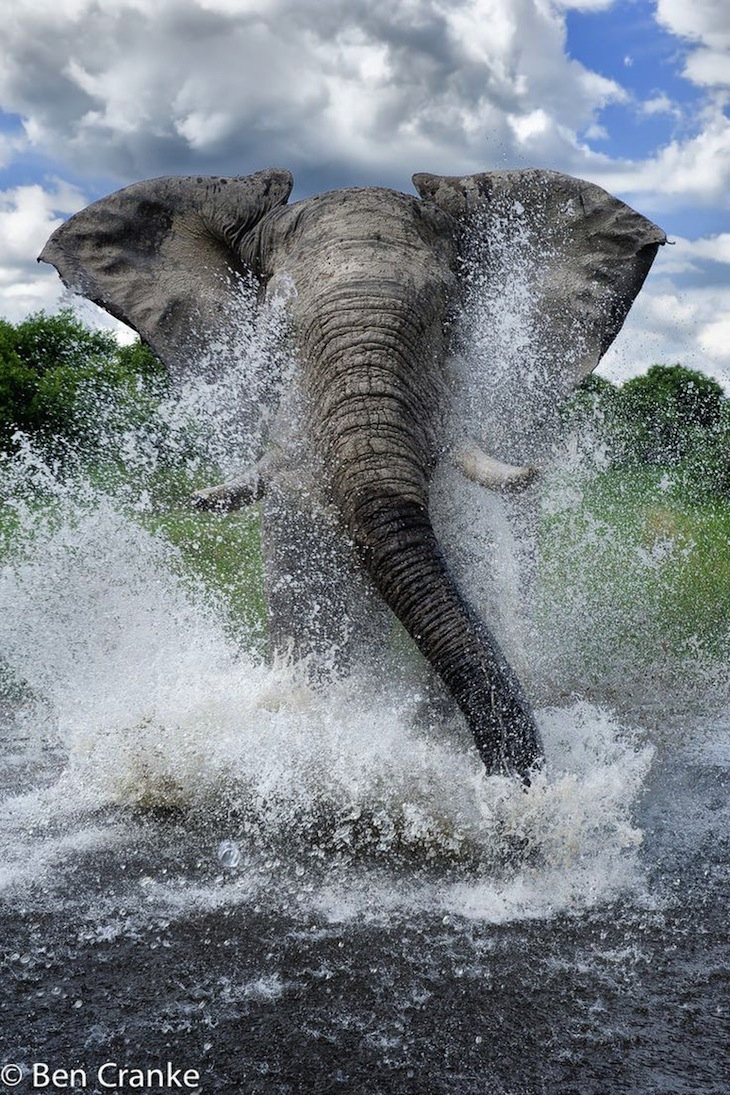 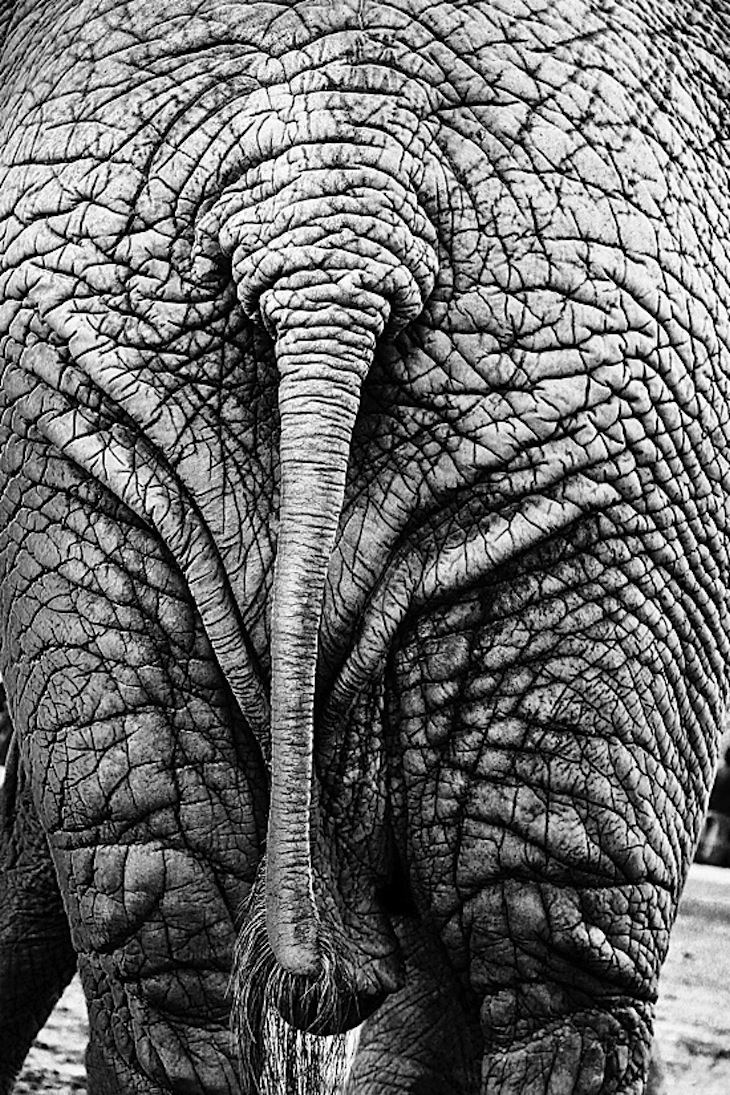 African elephants have looser and more wrinkled skin, and the color is darker, more consistent. Also, they have less hair than the Asian elephants, which are often freckled and have patches of de-pigmentation. Since elephants don’t have sweat glands, they have developed other methods to help them cool down. The wrinkles create more surface area, and they also capture water when the elephant bathes and holds it longer, providing the elephant with evaporation over a longer period of time. 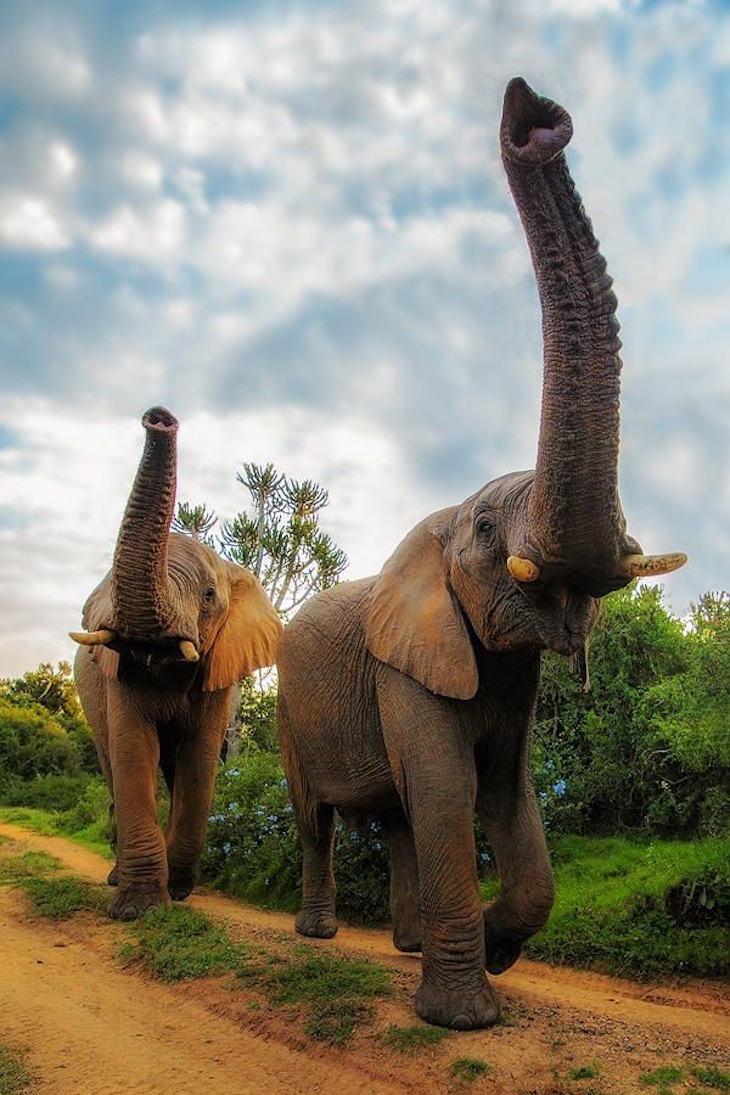 Tusks are continuously growing front teeth. Usually, they grow in pairs but not always. African elephants have heavier tusks, 50-79 kg (110-175 lb) tusks, and the Asian elephants have lighter ones 41-50 kg, 90-110 lb. Because ivory is so valuable to some humans, thousands of elephants are being killed each year for their tusks. According to recent research, 70 percent of the illegal ivory heads to China, where ivory is a cultural symbol and the pound can worth as much as $1,000. 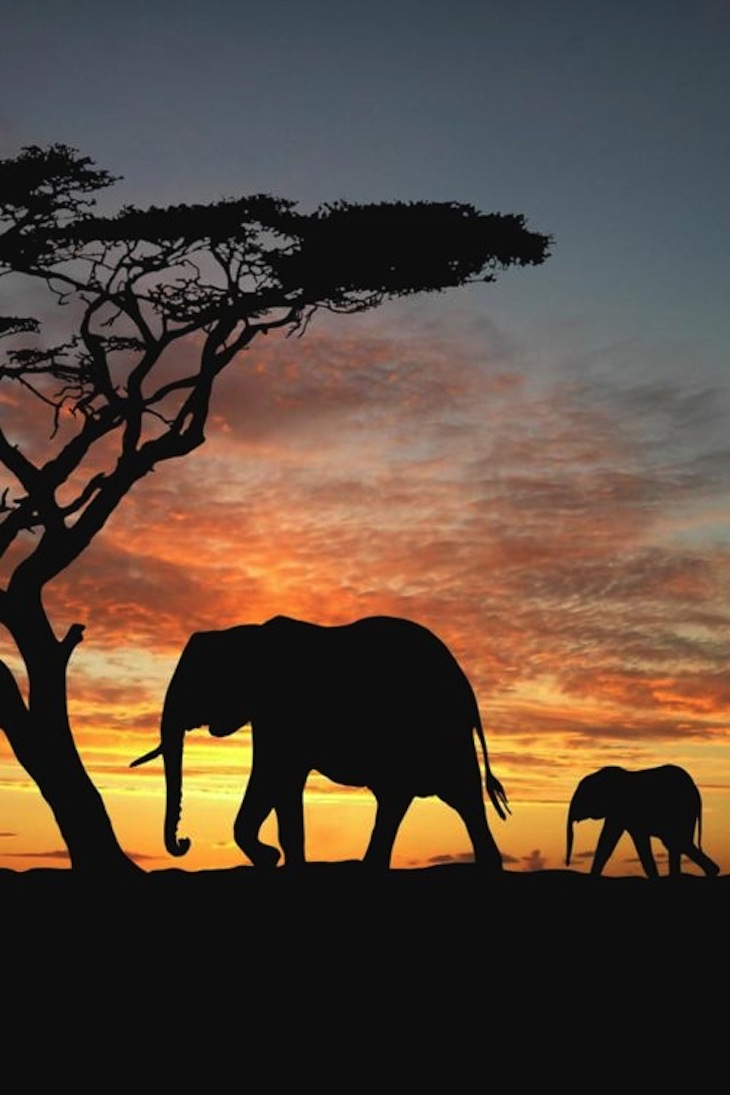 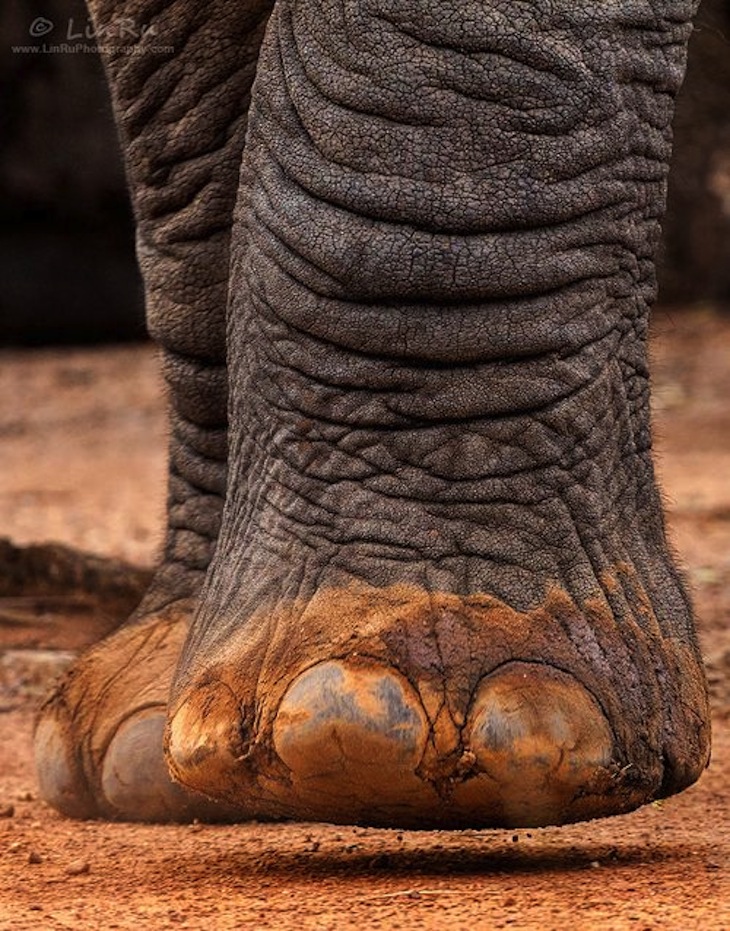 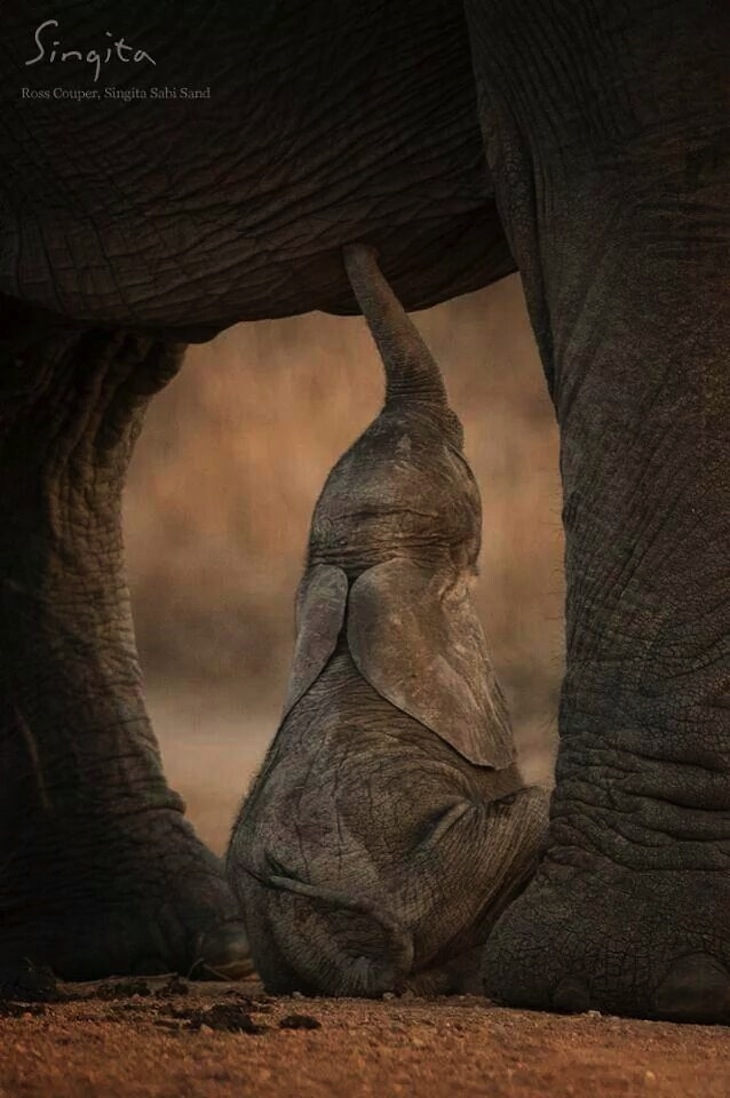 Perhaps surprising, but, indeed, African and Asian elephants can’t be interbred. The only known crossbred calf was born in Chester Zoo in 1978 and was named Motty. Motty died after 12 days, and his body is preserved as a mounted specimen at the Natural History Museum, London.

Elephants have a long pregnancy, almost 22 months. That is longer than any other mammal. Elephants usually give birth to one calf every two to four years. Elephant babies at birth weigh around 90 kg (200 pounds). 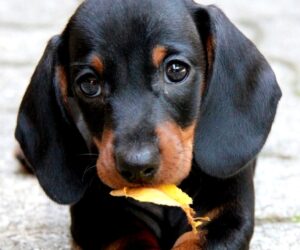 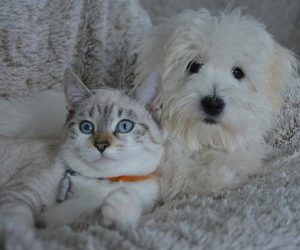 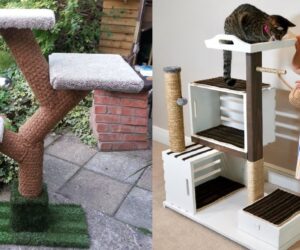 4 thoughts on “Top 10 Differences Between African and Asian Elephants”