Top 10 Differences Between the 5 Rhino Species

Some rhinos have only one horn, while others have two. They vary in size from the smallest Javan rhino to the largest White rhino.

The word itself ‘rhinoceros’ comes from the Greek words ‘rhino’ which means nose and ‘ceros’ meaning horn.

There is one sad thing they have in common: they are all endangered.

At the beginning of the 20th century, there were an estimated 500.000 rhinos in Africa and Asia. Today this number is only 29.000. There are only 70 Javan rhinos and 300 Sumatran rhinos left; both species are critically endangered.

Adult rhinos are not in danger from any predators, only human hunters. Young rhinos and calves are sometimes preyed upon by lions in Africa and tigers in Asia. However, by far, people remain the rhino’s number one enemy. 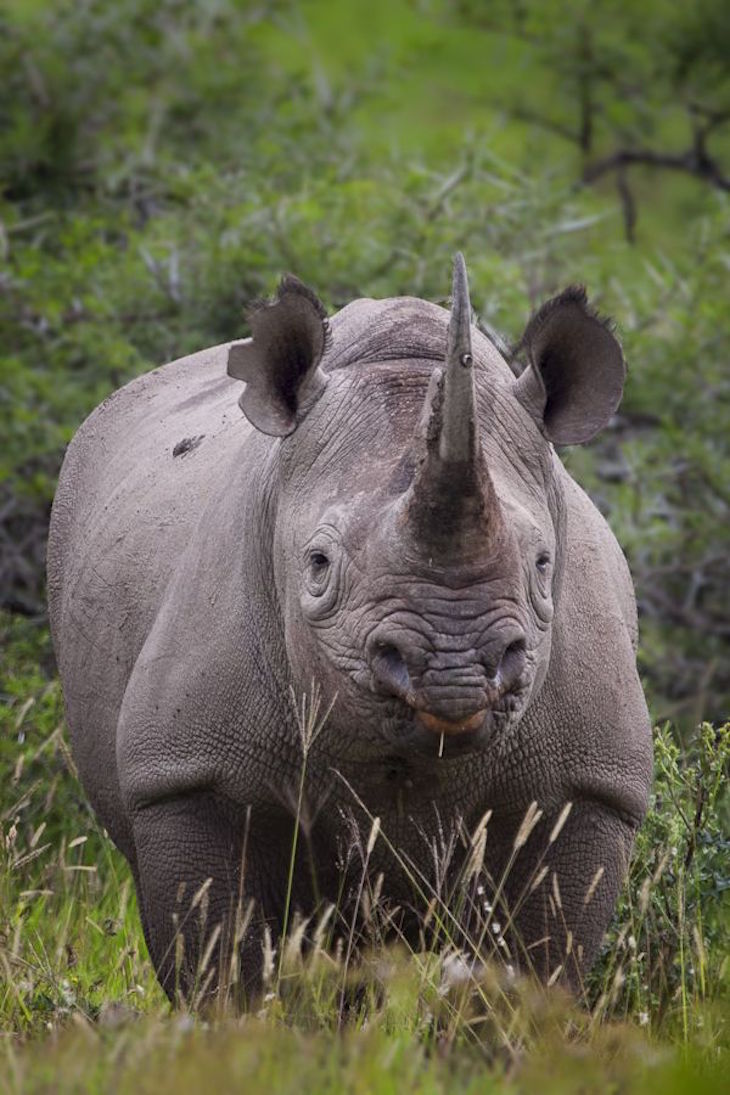 White rhinos and black rhinos can be found in many countries in eastern and southern Africa. They inhabit more open areas, grasslands, and dry shrublands, while the Asian rhinos live in the tropical forests of India, Nepal, Bhutan, Indonesia, and Malaysia.

Asian rhinos, therefore, eat different plants, mostly bushes and small trees that grow on the forest floor, and they need water every day. Therefore they live in the vicinity of rivers and swamps.

The African White rhino also must drink every day, so they visit watering holes regularly. Black rhinos, however, can go for days without water. 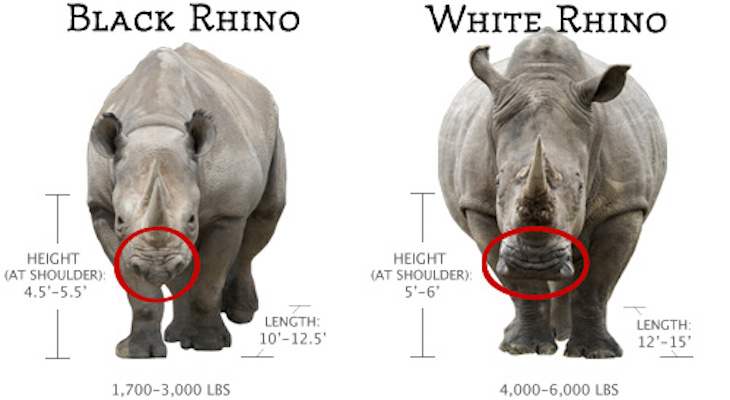 All rhinos are plant eaters (herbivores), and they eat a large amount of food every day. All the species are browsers – meaning that they select certain leaves from trees and shrubs – apart from the White rhino, which is a grazer, eating only from the ground grass and other plants.

Therefore White rhinos developed flat, wide lips to graze on grasses. Other rhinos have a pointed, hook-shaped lip, which they use to pick fruit from branches and select leaves from twigs. – This is the major characteristic to distinguish between black rhinos and white rhinos. 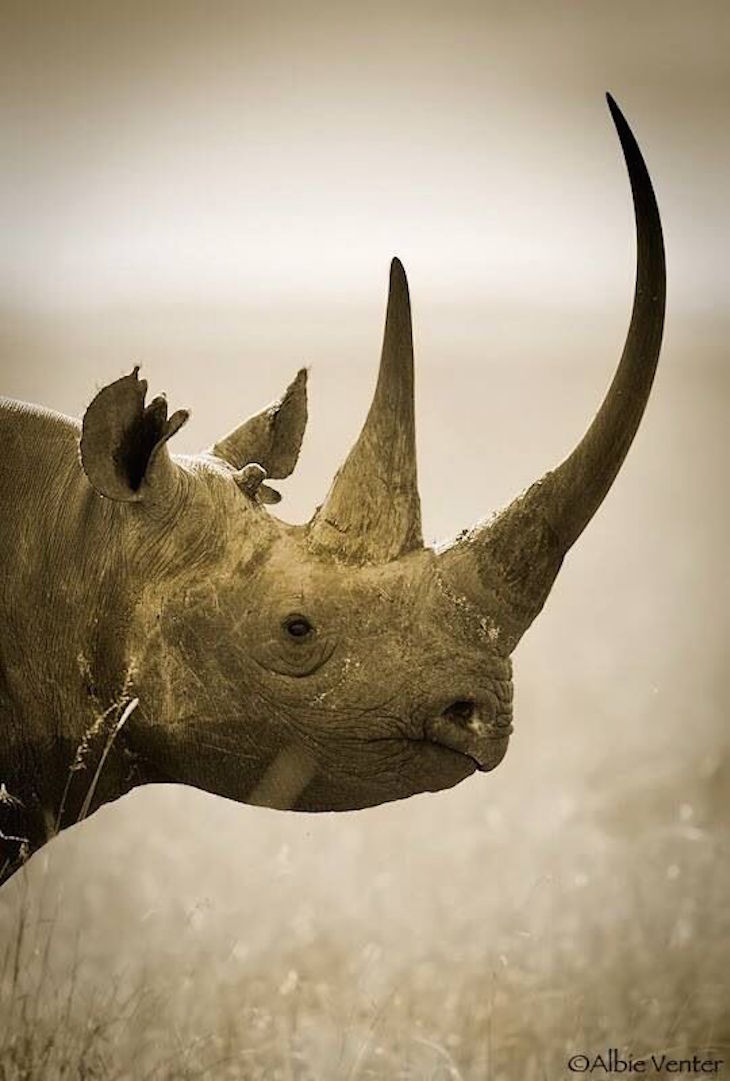 Rhino horns are made of keratin, similar to our hair and fingernails, and the horns grow continuously. They are used in some countries for traditional and ornamental purposes thus;, there is a great demand on the black market for rhino horns.

Poachers often kill a 3.000-pound rhinoceros and leave it to rot for just 6-8 pounds of the horn.

There is an approach that seems to work and saves rhinos – in sedation, surgically removing 90% of the horn. Both African species and the Sumatran rhinos have two horns, while the Indian and Javan relatives have just one horn.

Vietnam and China are the largest market for them.

The price is as high as gold prices. 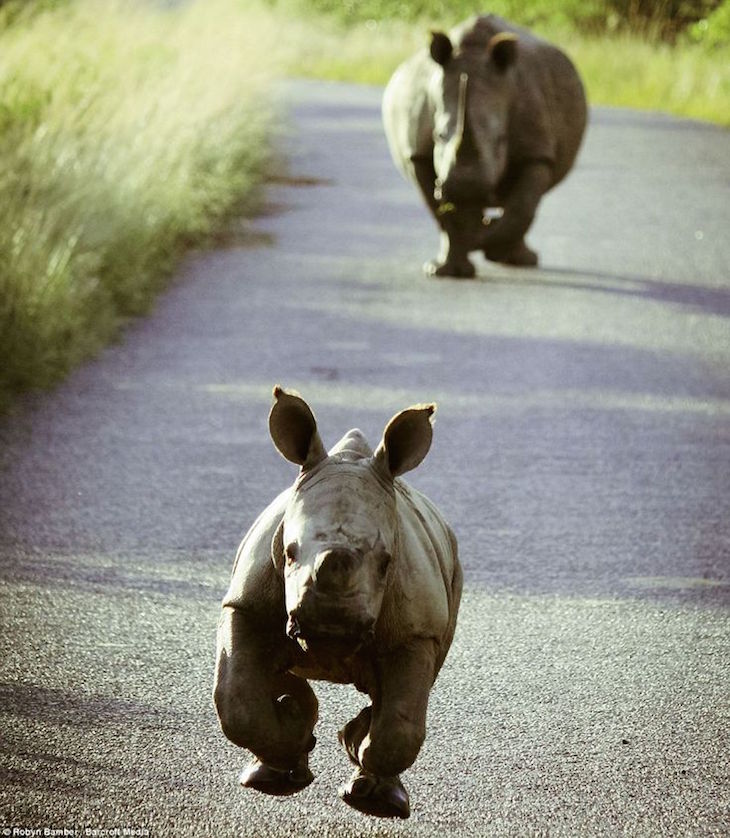 White rhinos are considered the second largest land mammal after the elephant.

The Indian rhinos are lighter but can be taller, and the smallest rhino is the Sumatran, which weighs ‘only’ 1000 kg. 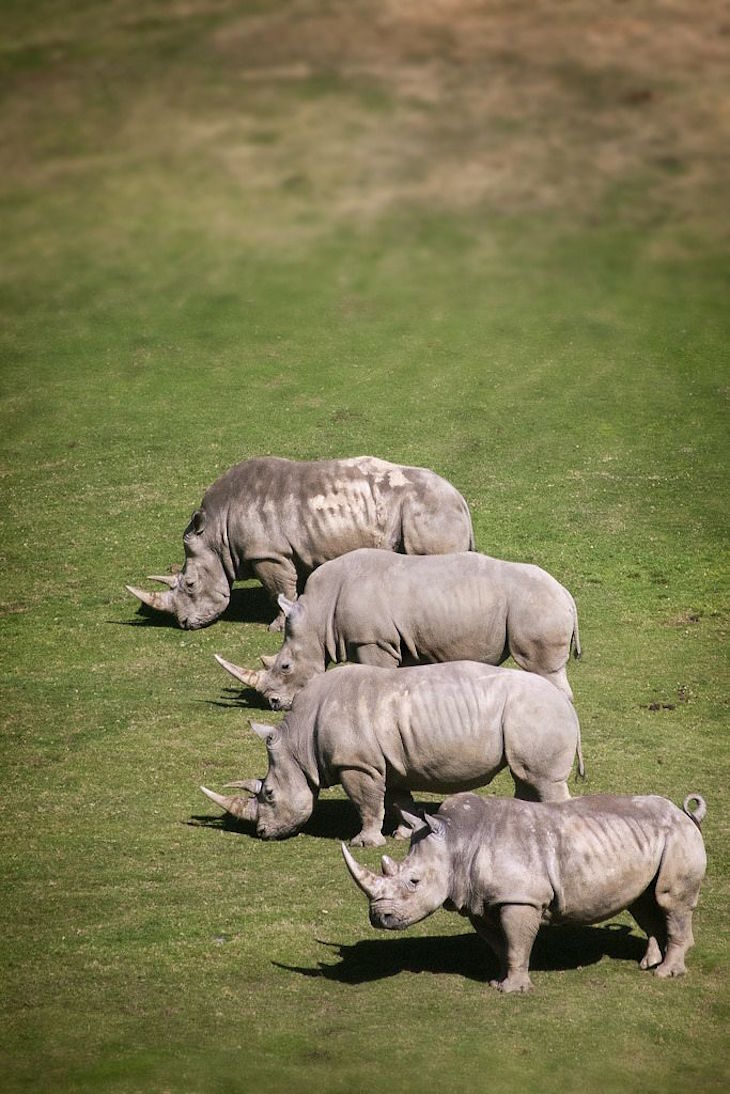 The two African rhinos have a different set of teeth from the Asian relatives. Black and white rhinos lack teeth at the front of their mouths, using only their lips to pluck food, and they have no incisors. Only the Indian and Sumatran rhinos have canines, but all five species have three premolars and three molars on each side of their upper and lower jaws. 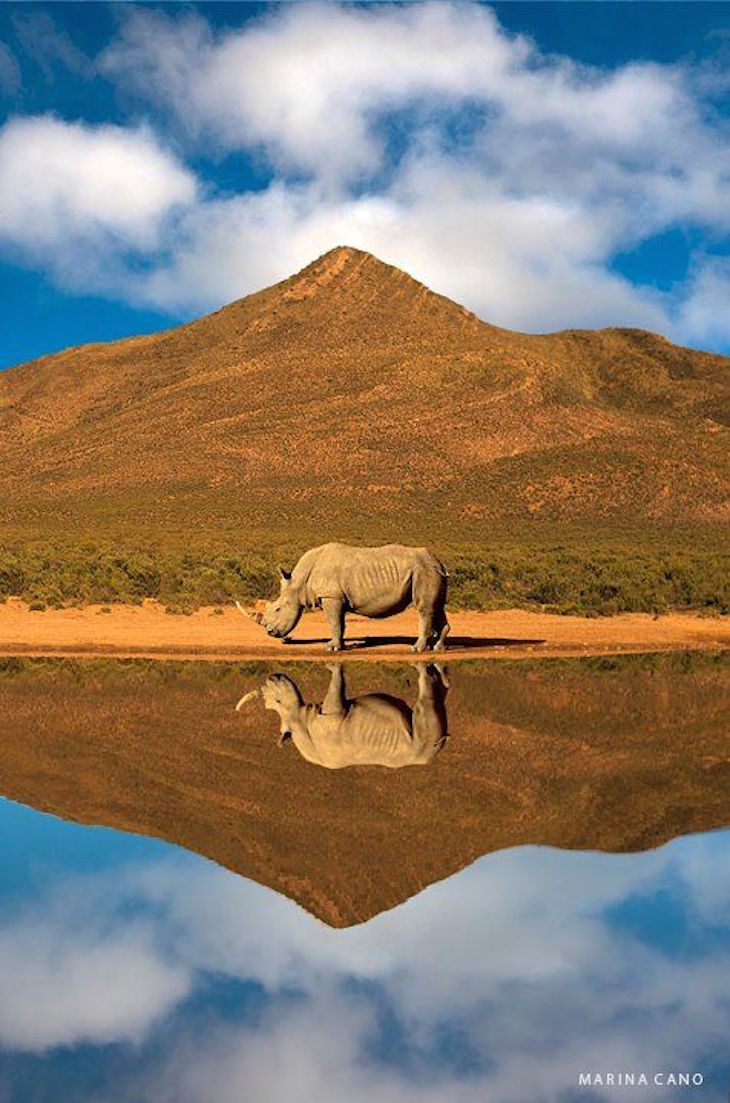 Another characteristic to help you distinguish between the two African species is the body shapes. White rhinos have bigger heads and longer necks than blacks. They are also slightly taller with longer tails. The white rhino is built slightly differently, with their hips lower than their shoulders, resulting in a sloped shape to their back in contrast to the blacks that have dipped backs. 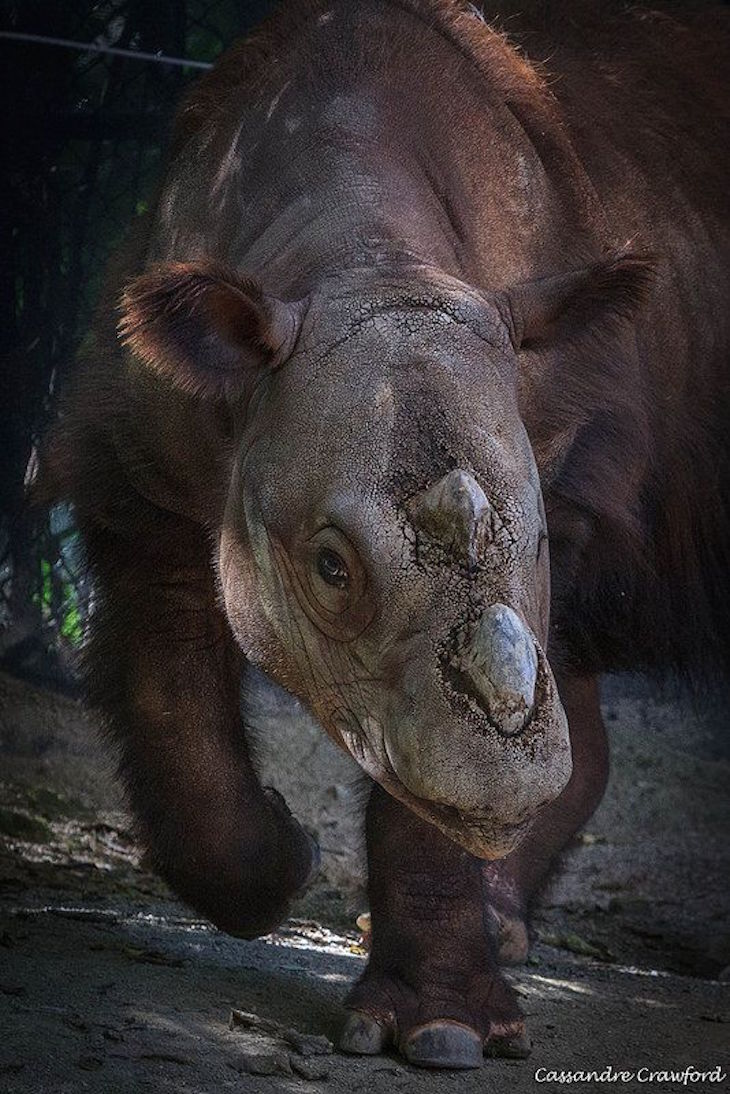 Rhinoceros have thick, protective skin, and most of the species are almost hairless, apart from the Sumatran rhino. They have shaggy hair on their body and ears. Javan rhinos have a distinctive scaly pattern all over their bodies, while Indian rhinos have fairly smooth skin on their back.

All rhinos live in a symbiotic relationship with birds.

The African species are helped by oxpeckers that eat ticks, flies, and fleas they find on the rhino and alert the rhino when it senses danger. Asian rhinos have similar symbiotic relationships with other bird species.

Black rhinos are known to be short-tempered and extremely aggressive compared to the other species. Generally said rhinos are easily frightened. When they feel threatened, they tend to charge at anything that has scared them.

They have even been known to charge at trains.

They have bad eyesight, so they try to locate danger by the sense of smell. Staying still and silent will be likely saved one’s life in case of a rhino attack. 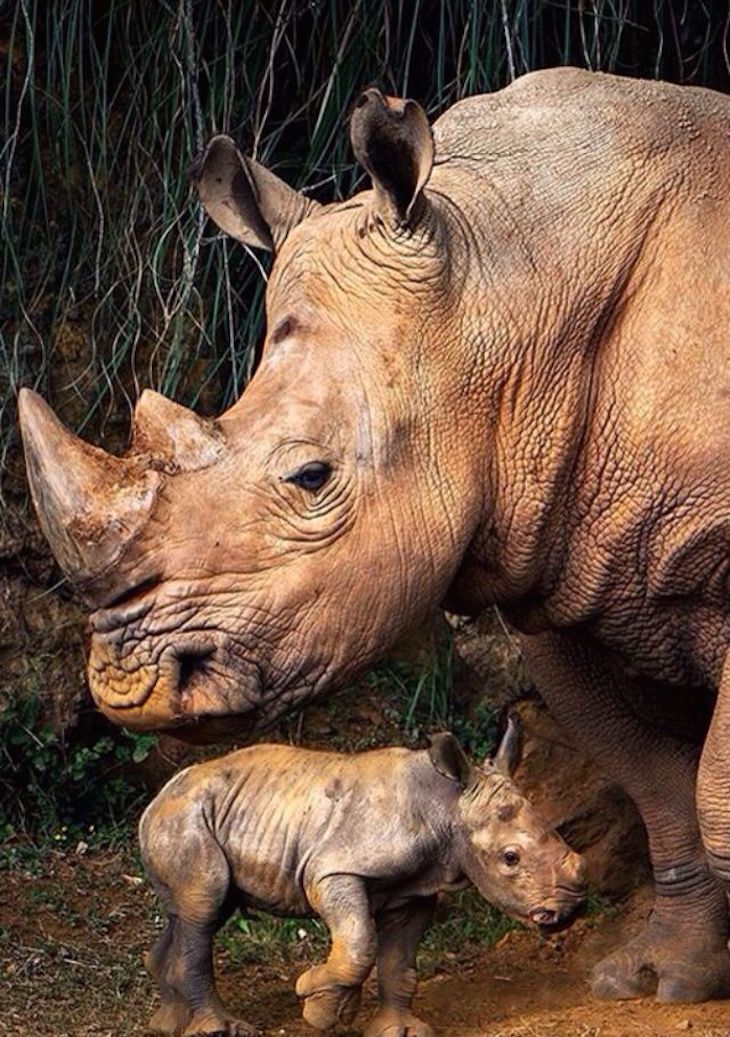 Above we have already mentioned the sad situation of the rhinos in Africa and Asia. Due to poaching, their numbers are quickly reducing every year and making them one of the rarest mammals on Earth.

The shrinking rainforests of Asia mean loss of habitat for the Asian rhinos. The Black, Sumatran, and Javan rhinos are critically endangered. The White rhinos are near threatened, and the Indian or Greater One–Horned are Vulnerable. 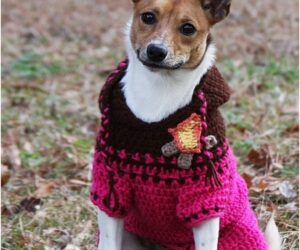 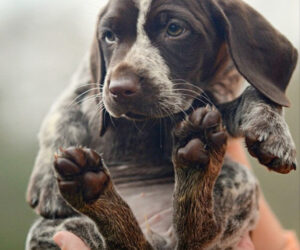 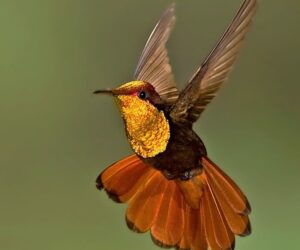