Balloons have always been a part of birthday and other festive celebrations. Once upon a time we would just blow them and tie them to a long plastic straw or fill them up with helium and tie them with a sting so everyone would admire them until someone let them slip through their fingers and let the wind chase them away (*cue the never-ending tears).

Nowadays, you can find all kinds of balloons. Early 90s Millennials and Gen Z teens love to celebrate their birthdays with number-shaped helium balloons and parents sometimes buy regular balloons with their kids’ birthday numbers written on them. However, this is not where the creativity stops.

This article offers many various balloon shape ideas, depending on your or your kids’ choice and on the type of festivity taking place. If you’re looking for some inspiration on balloon decorations for your upcoming celebrations, we’ve got you covered. Just read on.

Know anyone who’s obsessed with fruit? Surprise them on their birthday party with a whole bunch of them, whether they are cherry, grape, pear or orange type. This link gives you a step-by-step tutorial on how to make each of them. For instance, for the cherry balloon, you’ll need two red round balloons and two lime green 260Q ones.

First, make sure you inflate the red ones partially so they keep their round shape and their cherry color. Then, inflate the first lime balloon. Attach one end to the knot of the cherry and create two loops and a twist on the other. Repeat the same step with the other lime balloon and tie the leaf ends together. Now, you have a perfect cherry that unfortunately, you can’t eat.

Ok, what better way to bring a cool surprise to the birthday party for your kid and his/her friends who just can’t stop screaming for ice cream? It doesn’t take too much to achieve this kind of success. All you’ll need is a pair of scissors, a pencil to mark the lines, a few strings (depending on the number of cones you’d like to make), some construction paper, a stapler, and a hot glue gun to create the cones, and of course, some balloons.

Perfect for when you’re doing a photoshoot or a company celebration, these so-called floatation devices will surely cause a lot of head turning. Find plain or colored 36 inch balloons, fill them with helium, and replace the old-fashioned string with some colorful stripes that you can fashion in any way you like.

Did someone mention disco? We may not be blessed with a home mirrorball, but that doesn’t mean we can’t create a disco atmosphere using glowing balloons. To create these you’ll need some colorful balloons and some multi-colored glow sticks (each for every balloon, but you can add another one for extra glow).

First, activate the glow sticks by cracking and shaking them to get them to actually start glowing. Then start inserting them into the balloons once you’ve inflated them by first wetting the tip of the sticks while you hold the end of the balloon tightly around the stick. Finally, tightly secure the balloons and let the sticks work their magic.

These balloons are perfect for an award night with your friends. They serve to bring awards to your guests, which may vary depending on the type of game you’re playing. For example, if you’re hosting a party and you’re about to pull a Monica (from Friends) on everyone and make up a lottery award game, you can give make up several categories and give each winner a balloon with a piece of paper telling them their award. For this DIY project you’ll need a jar, a colored sheet of paper on which you’ll write the awards, a plain one to create the envelopes, some helium-filled balloons of preferred color, and a string.

Is there any kid (or adult for that matter) whose mouth wouldn’t water from the sight of these lollipop balloons? They’re perfect for your kid’s birthday party, and this is what you’ll need to make them: a few balloons, cellophane for wrapping, long dowels that will act as lollipop sticks, a paintbrush and a black tape for the dowels, and a piece of string to secure the cellophane once you’ve used it to wrap the inflated balloons.

Getting ready to go to your best friend’s birthday party, but you’ve officially run out of gift ideas? That means you’ll be in charge of the confetti! Buy large clear balloons, fill them with confetti using a funnel, and inflate them with helium. Finally, secure the balloons tightly and tie a fancy string. He/she won’t be able to get angry with you for not getting a present when you throw them this surprise!

These are so cute, we couldn’t resist adding them to our list. Kids’ birthday meals will get even better with these mini balloons swaying over their plates. For this project, you’ll need some 5 inch balloons inflated with helium, strings to tie the balloons, some paper for name tags, a pair of scissors, and a double sided tape. After you’ve inflated and tied the balloons, cut a sheet of paper into small pieces to create nametags. Finally, attach the nametags to the string and secure the balloons to the plates/napkins to make sure they don’t float away.

Aren’t these the most beautiful wedding fringe balloons you’ve ever seen? Want to know how to make them? You’ll need two 30 to 36 inch round helium-filled balloons, multi-colored paper or fabric strings, a lace ribbon, and a pair of scissors. Cut the fabric into strips, but not all the way, just leave 1.5 inches on the top uncut. Then just fold it in half, roll it up, tie lace in a knot around the top, and tie the pieces of fringe to the handle on the top. Repeat the process with as many fabric pieces as you want, and you’re done.

That’s it for our balloon decoration ideas. We hope you found inspiration for your next party and we can’t wait to hear about your outcome in the comment section below. Happy partying and until next time! 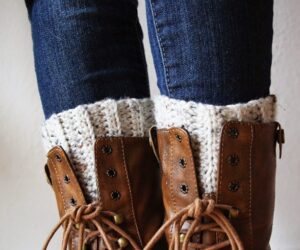 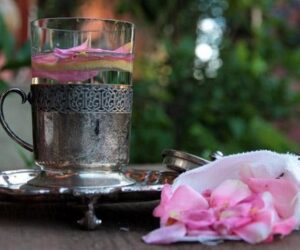 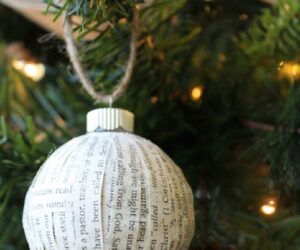