The world has been blessed with thousands of castles left; beloved restored by their new rightful owners to keep history alive dating back as far as a thousand years old. We believe this means things were built properly and probably better than ever!

Europe has its fair share of castles dotted around its continent and is bathing of century-old structures, monuments keeping us talking about it never blowing out the flame of the past. Here are some fascinating examples of some of the most fascinating castles around.

We could have made a top 100, however, here are our 10 most fascinating castles! 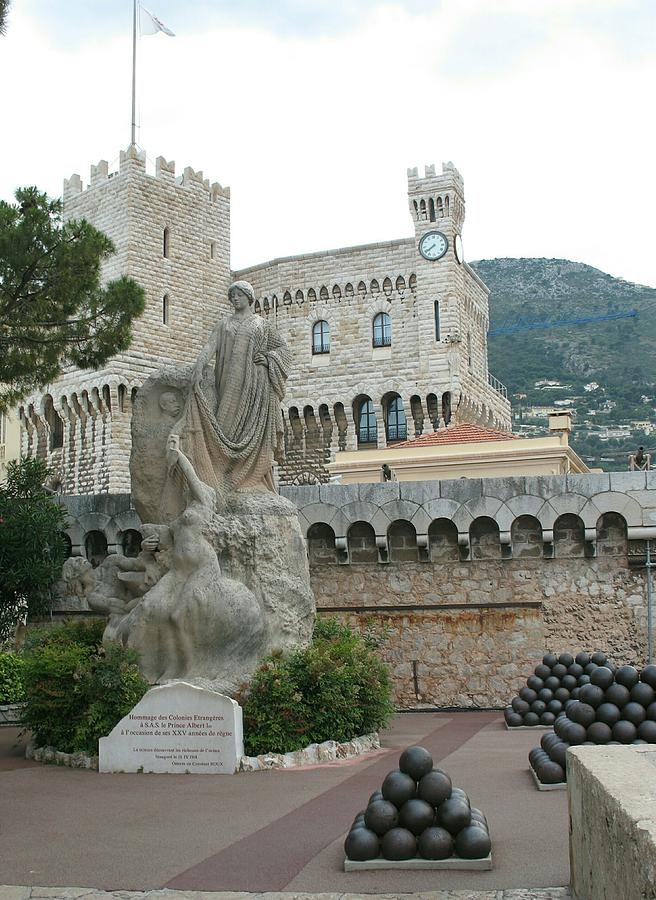 This splendid castle is situated in Cagnes-Sur-Mer in the Alpes Maritimes and built in the impressive 1309, over 700 years ago. And still standing proud. The fort at the time was built to protect this area from a potential invasion as most were in fact for the very same reason. The castle became a town museum in 1946 and two years later, was classed as a classified historical monument. It currently holds classical music concerts, the artwork of cabaret Suzy Solidor and an overall temporary art exhibition. 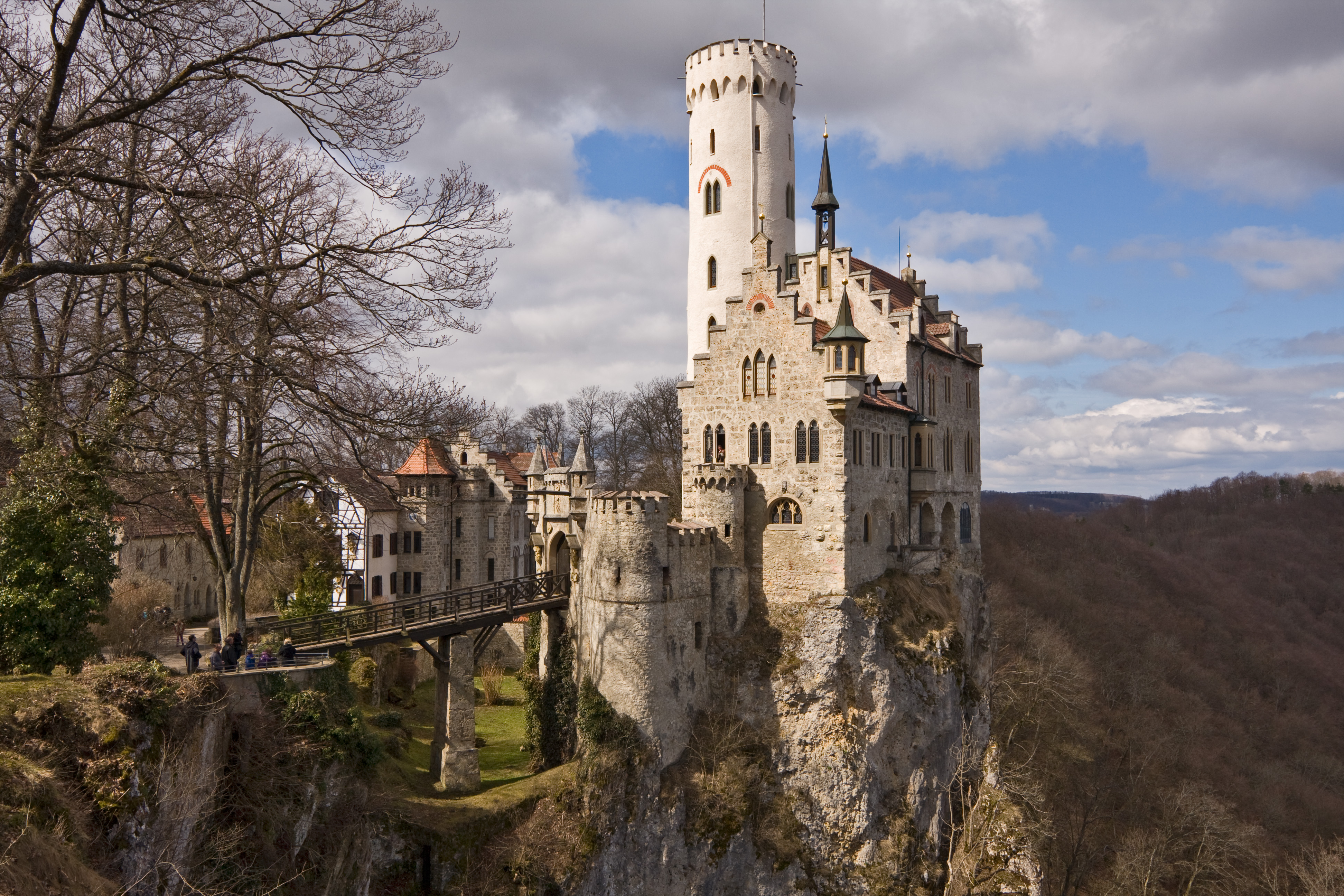 Fairytale-Esque surely did not look this impressive even in one’s deepest dream and imagination. Magnificently standing proud over the hill in a true statement fashion. The gothic-style castle is nestled within the Swabian Alps, overlooking the wooded nature below and one can see all the way to the Lichtenstein town on a clear day. It was built in the 1100s, destroyed twice within the next 300 years or so, and was rebuilt on a site not overly far away. In many ways, the castle is only recent and was fully rebuilt in 1842, when King Frederic the 1st came into possession of it. The castle yet again was damaged during WWII, but fiercely enough, was rebuilt immediately after.

Castle of the Templars, Ponferrada, Castilla and Leon, Spain 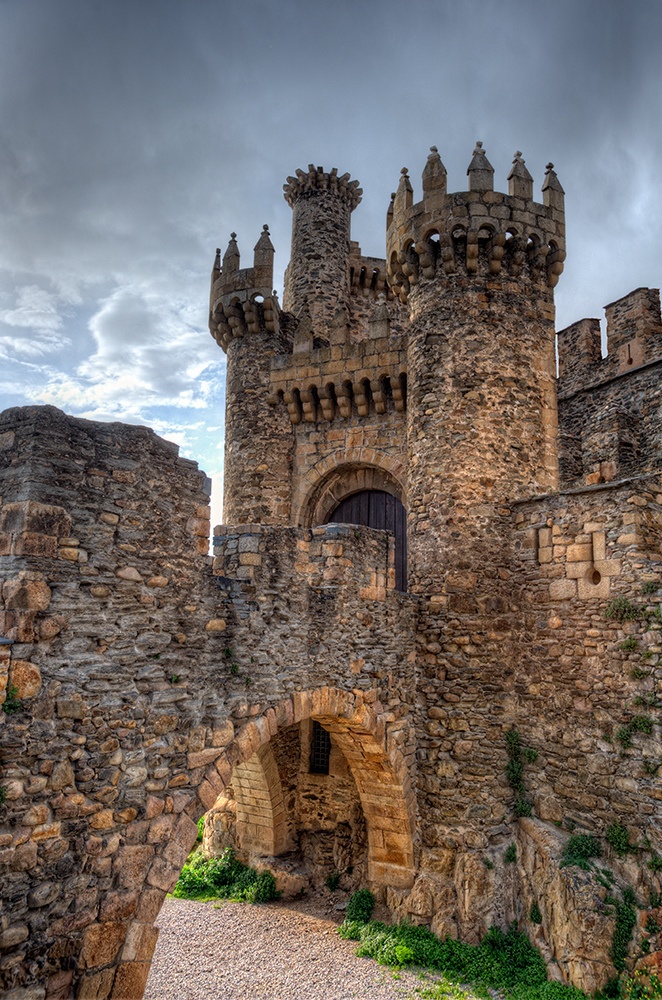 This was once one of the largest ever fortresses in North-Western Spain during the Medieval AgesThe castle has a rather complex military structure, with many changes as time went by. Originally acquired by the Knights Templar from Alfonso IX in 1211, it was fortified 15 years later. Quick work protecting their environment. The Templars themselves were standing strong for over two centuries during the Middle Ages and constituted of the most powerful Christian military orders at the time. While walking the Camino de Santiago, a fascinating historical sight can be seen. Today, the Templar houses a library and Study Center. 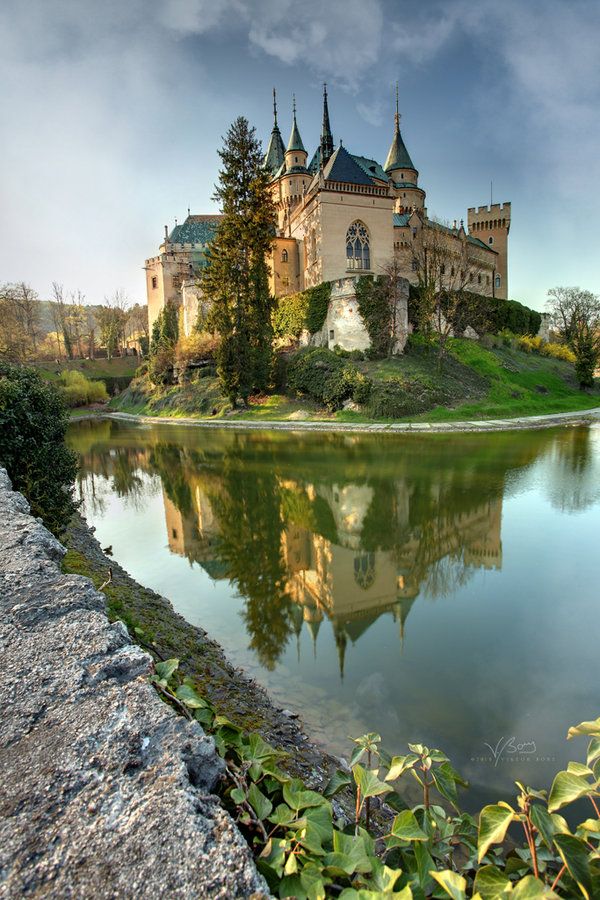 Bojnice is the little jewel of Slovakia and home to the oldest zoo is the oldest spa town in the country and has the most visited castle. It is located right in the center of the county near the beautiful Nitra river. The atmosphere within the castle walls is amazing giving you a true sensation of being transported 800 years into the past. Many aristocrat families owned the castle and each made very personal detail commodities and influenced the way it looks, to date. An absolute and utter fairytale influenced by the many Chateaux of the Loire Valley, in France. 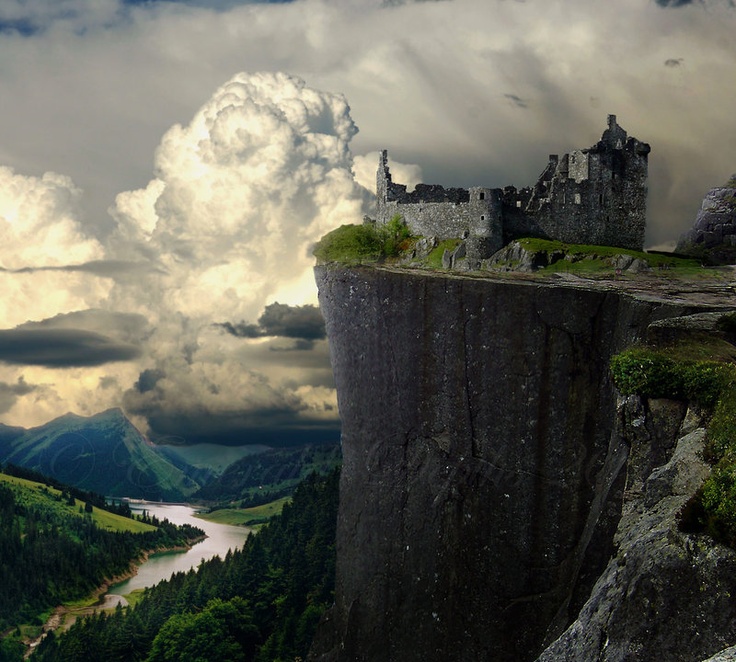 It is arguable that Germany has some of the most amazing, picturesque castles in the world. A french purist might disagree rather highly however, we cannot deny the pure richness of the castle history Germany hides away. Every now and then we come across ruins of castles having gotten lost in the first place, and one cannot then admire enough the history and past before them. In this instant, this 13th-century old ruin still has all of the wooden foundations and can be appreciated in its natural environment for hopefully years to come. 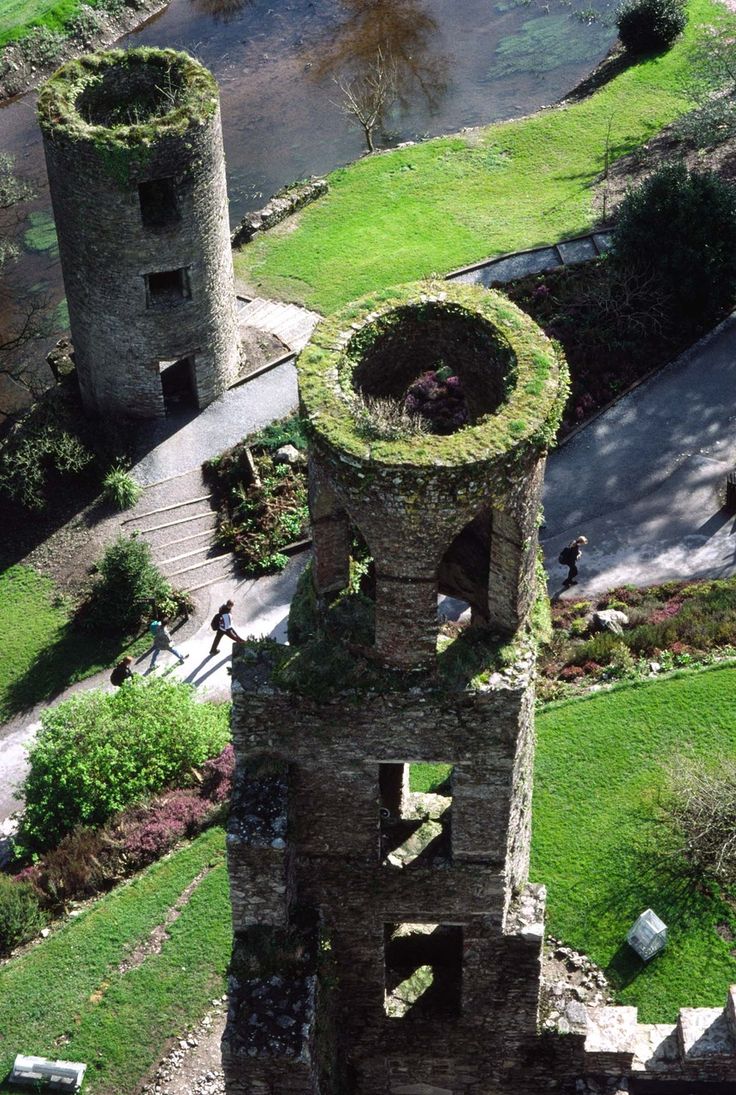 Legend has it that physically kissing the Blarney Stone will help anyone become more charming. The Blarney Stone is a major must-see for many visitors in Ireland, but no one is puckering up to kiss a rock set in the Irish countryside. Instead, the Blarney Stone hangs off the outside of a tower at Blarney Castle near Cork. The rock is believed to be over 330 million years old but no one really knows its provenance. Myths about witches, or being from the same as Stonehenge or part of the destiny stone used in Scotland. Whichever sounds the best for you, then chances are it is the right belief! To all the romantic wannabes, feel free to give it a go! 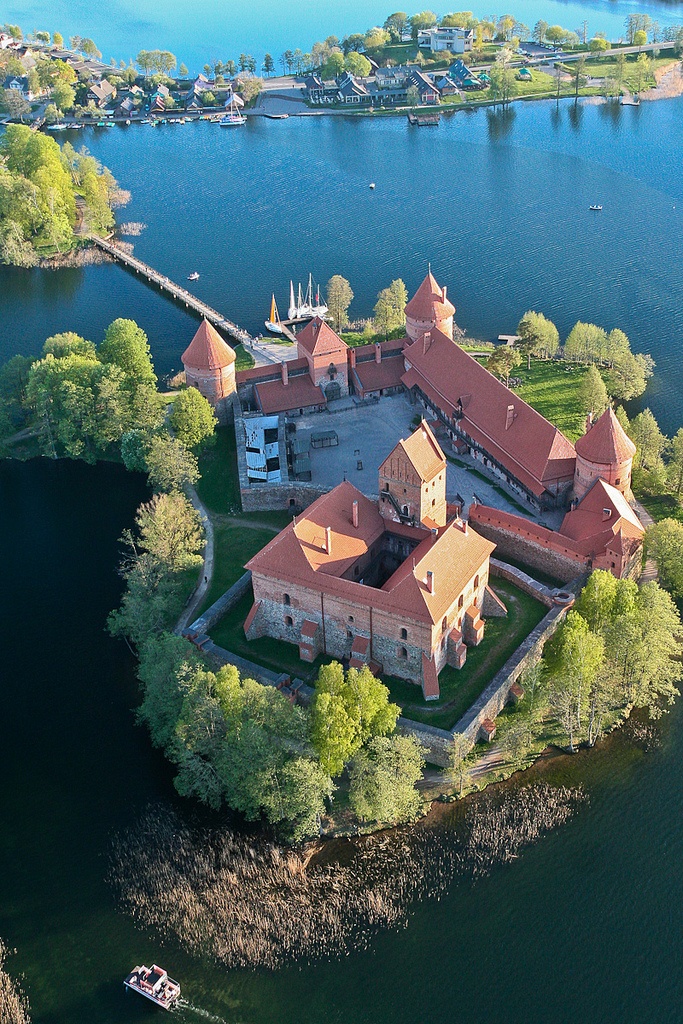 Trakai Island Castle is located on its own Island in Trakai. Within the Lake Galve. Kestutis started the construction of the stone castle in the 14th century, which around 1400 major work was conducted by his son Vytautas the Great until his death, at the castle itself in 1430. It was the most famous for its outstanding defensive architecture in the country. During the summertime, the castle remains in the hands of tourism and naturally, the local community, having numerous entertainments such as outdoor concerts, music, and overall culture. One can enjoy a swim, yacht watching, and even fishing while camping. 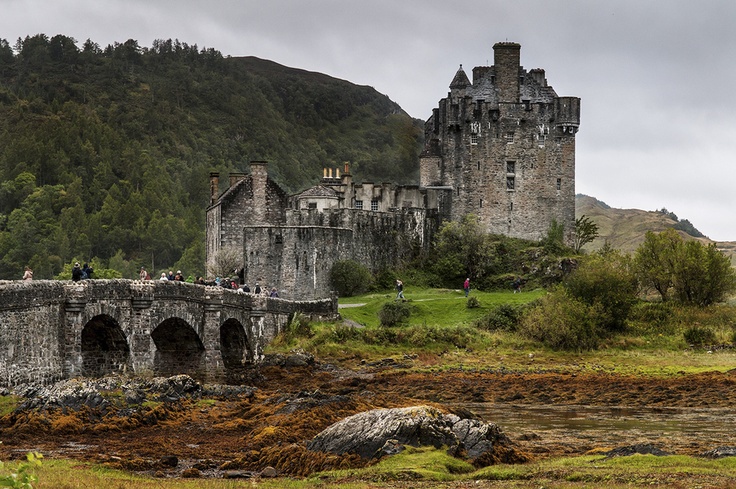 This castle dates back to the 13th century up in the highlands of Scotland near the little village of Dornie. Three sea loch meets at this midpoint, Loch Duich, Loch Long, and Loch Alsh. Eilean Donan is a small tidal island and appears a lot in television and in movies such as James Bond, The World is not Enough. You can visit date the castle and also, say your I do. I wonder where more perfect one can have their marriage celebration in such a wonderful and picturesque setting. 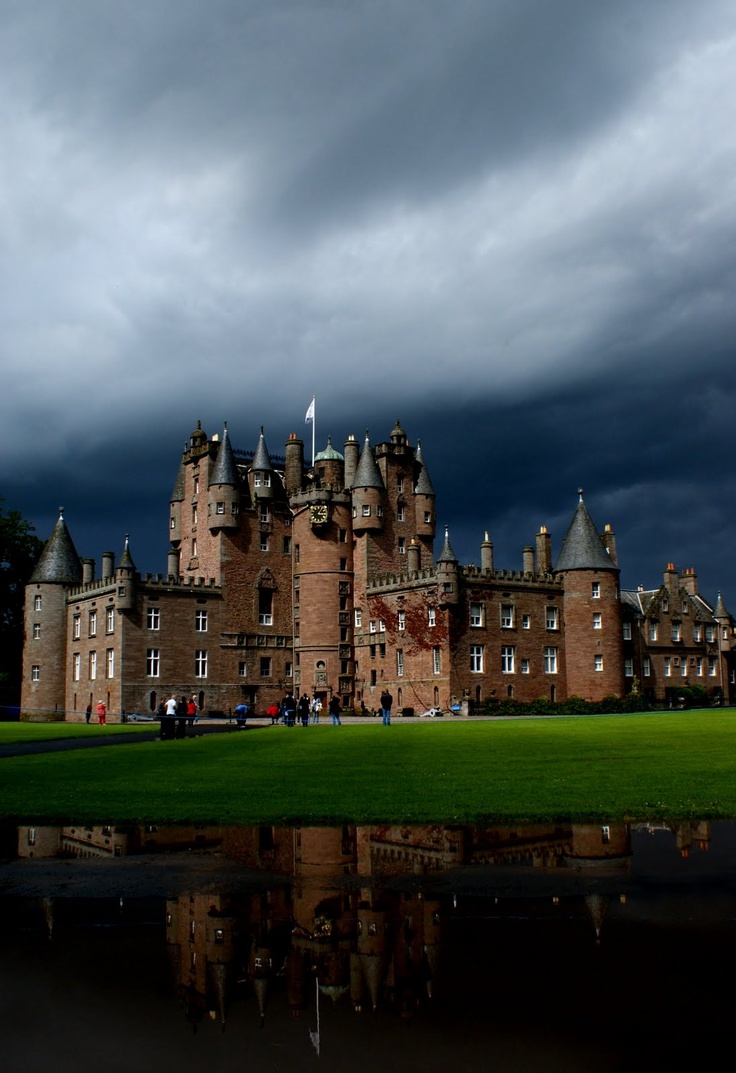 Glamis Castle is situated in Angus, Scotland in the village of Glamis. It is still the home of the Earl of Strathmore and Kinghorne; however, it is still open for the public. With over one thousand years of history, it was once home to the inspiration of Shakespear with the famous play, Macbeth and the childhood home of H.M Queen Elizabeth, The Queen Mother. Not too shabby. 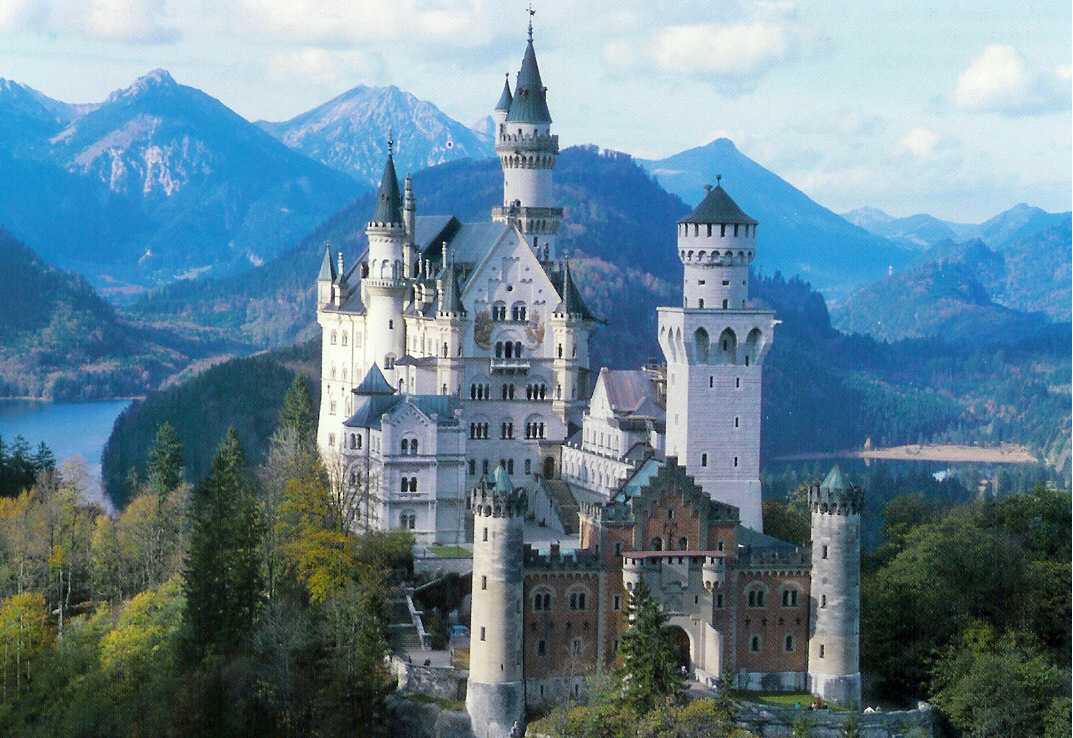 This Top 10 as it is the most recent, built in the 19th century, this historical palace sits on the rugged hill above the village of Hohenschwangau in South-West Bavaria, pronounced exactly the way it is spelled. Easy enough to remember! It was commissioned by King Ludwig II, also known as the mad king, as his retreat and in honor of Richard Wagner. Today, the castle holds many theatrical entertainments and is one of the best-regarded castles of Europe. 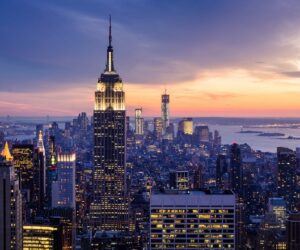 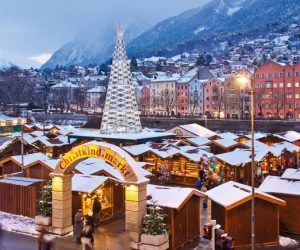 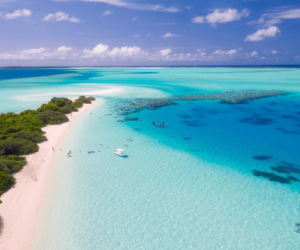 11 thoughts on “Top 10 Most Fascinating Castles”