Top 10 Mythical Birds You Can find in Folklore and Legends

Have you found any in books so far? Fun fact: We do not consider dragons as birds. They are a type of reptile. So, now let’s ask the question again, have you seen any birds of mythological origin in books?

Let’s talk about some of the most popular.

This creature makes its way into Russian legends. The Alkonost is a mythical creature with the head of a woman and the body of a bird. What makes it unique? The Alkonost sings the most enchanting melodies. Those who heard its song let go of everything they had ever known. They desire nothing more as long as they live.

Before Christian influence, many considered the Alkonost a wind spirit, able to summon up storms. This bird lays its eggs on the gently sloping seashore and moves them into the sea to hatch.

This is another bird from Russian legends. In fact, the alkonost and sirin are companions. Sirins also have the top half of a woman, but an owl-like body. They wear a crown or halo. Some believe the sirins origin from Greek myths concerning sirens.

In Russian legends, the alkonost guarded good fortune during the day, and the sirin takes over during the night.

Over time, these two started appearing together as alter egos. The Alkonost is the good person, while the sirin has a darker persona, similar to sirens in Greek mythology.

Sirins sing to the saints in Russian legends. Their song carries danger for ordinary mortals. Why? Because when mortals hear their song, they forget their earthy life and follow sirins wherever they went.

By the 18th century, sirins got a new meaning. Now, people started seeing them as symbols of peace and harmony. Happy people could hear them sing.

This bird makes its appearance in Roman mythology. It is a bird with snow-white plumage living in the house of the king. According to the Roman tradition, the caladrius had the power to absorb disease from a sick person. Once it absorbs the disease, the bird would fly away, and dispel the illness in the process.

There is another legend. The bird would look into a sick person and predict its future. If the bird looks in the patient’s face, he will live. But if she looks away, the patient will die.

Appearing in Arabic countries mythology the Roc is a legendary gargantuan bird of prey. You can find it in many myths and traditions. It even makes its way into some video games, namely, Heroes of Might and Magic.

This bird also appears in some stories linked with Sinbad the Sailor in One Thousand and One Nights (Arabian Nights). The Roc also appears in two Sanskrit epics, the Mahabharata and the Ramayana. In those, the bird appears in an extraordinary scene carrying off an elephant in flight.

Marco Polo, the famous Venetian traveler, and explorer, said that the Roc resembled a gigantic eagle.

Nowadays, many people use the phoenix as a tattoo. Why? Because of what it symbolizes. The phoenix can die and rise again of its ashes.

It is not the same bird as the Firebird in Slavic folklore. According to myths, the phoenix lived in 500-year cycles.

When the cycle came to its conclusion, the bird would build a nest. There, she combusts and catches fire. And finally, a young phoenix rises from the ashes, replacing the older one.

That is why we see the phoenix as a symbol of hope, regeneration, and continuity of life. Many believe the phoenix has its origin in Egypt. Later on, Greek and Roman mythology adopted the myth. And it spread through most of the Christian and Western world.

In Ancient Greek mythology, the griffin (sometimes gryphon), appears as a legendary creature with a body, tail, and back legs of a lion. And he has wings and head of an eagle.

In some Greek texts, the griffon lay his eggs in burros on the ground and the nests contained gold nuggets. Then, in medieval heraldry, Christian religion saw him as a symbol of divine power and guardian of the divine.

Harpies appear in Greek and Roman mythology. They are a half-human and half-bird personification of storm winds. Homer features them a lot in his poems.

Depicted as birds with heads of maidens, faces pale with hunger and long claws on their hand. Fun fact: Roman writers detailed their ugliness.

Their name translates to “snatchers” or “swift robbers”. They stole food from their victims. In Greek mythology, they appeared as the hounds of mighty Zeus. Some writers listed them as guardians of the underworld.

Other monstrosities appearing next to harpies include Chimera, Gorgons, Centaurs, Scylla, and more.

This bird appeared for the first time in a 16th-century Filipino epic poem about an eponymous magical bird.

Some researchers believe the poem found inspiration in European stories. Nowadays, we know the story as “The Aderna Bird”.

It revolves around the life of King Fernando, Queen Valeriana, and their three sons.

This mythological nocturnal bird of the desert of Atacama appears in Chilean mythology. According to legend, the bird’s wings shine at night with beautiful and metallic colors. Her eyes emit strange lights. The color of her wings indicates the type of ore it eats, golden or silver.

Unlike other mythological birds on this list, the Alicanto cannot fly because of the weight of the ore it eats. But when hungry, the alicanto can run very fast on the ground. According to Chilean legends, if miners follow the bird, they can find rich mineral outcrops or treasures.

Fenghuang is a bird in Chinese mythology. Found in Sinospheric mythology, you can find them under similar names in other languages, such as Vietnamese and Japanese.

Writers called the male species feng, and the females huang. Nowadays, there is no distinction of gender, we use only the term fenghuang.

In the Chinese zodiac, the bird takes the place of the Rooster. Western cultures call the bird the Chinese phoenix. But this bird doesn’t have the same mythical powers as the Western phoenix. 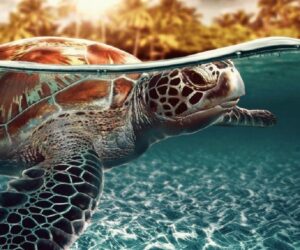 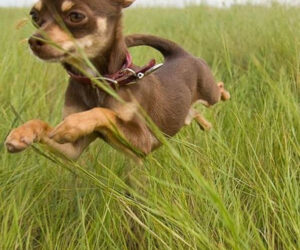