When we say Kim Kardashian, the first thing you think of is a fashion and sexy style. Also, she is well known from her sex tape scandal, reality star performance, a quick marriage and today she is known as Kanye West’s baby mom. Love her or hate her, there’s no denying that Kim is a fashion icon to many people and when it comes to style, this reality star isn’t afraid to show off her wild side. Although, she usually wears black and white outfits, but sometimes Kim wants to experiment with colors too. Because many of  you gladly follow her trends, we’ve made a collection of Top 10 Best Kim Kardashian’s outfits. It was really hard to make a list which contains only 10 looks from this ultra modern woman, but we think that we did a great job. Tell us, which one is your favorite? 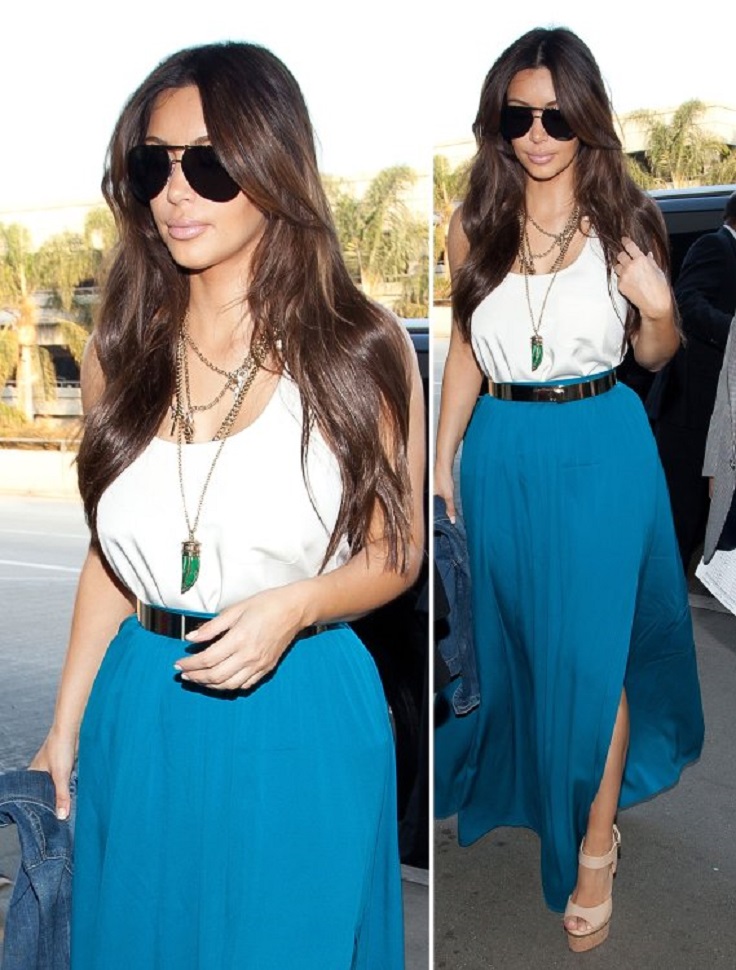 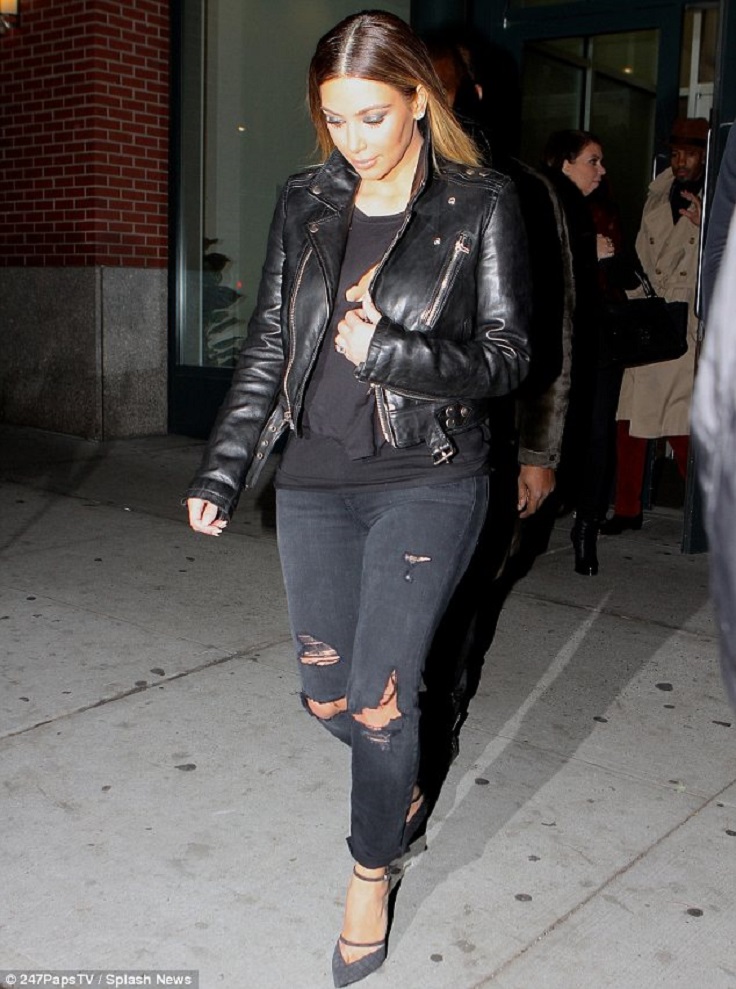 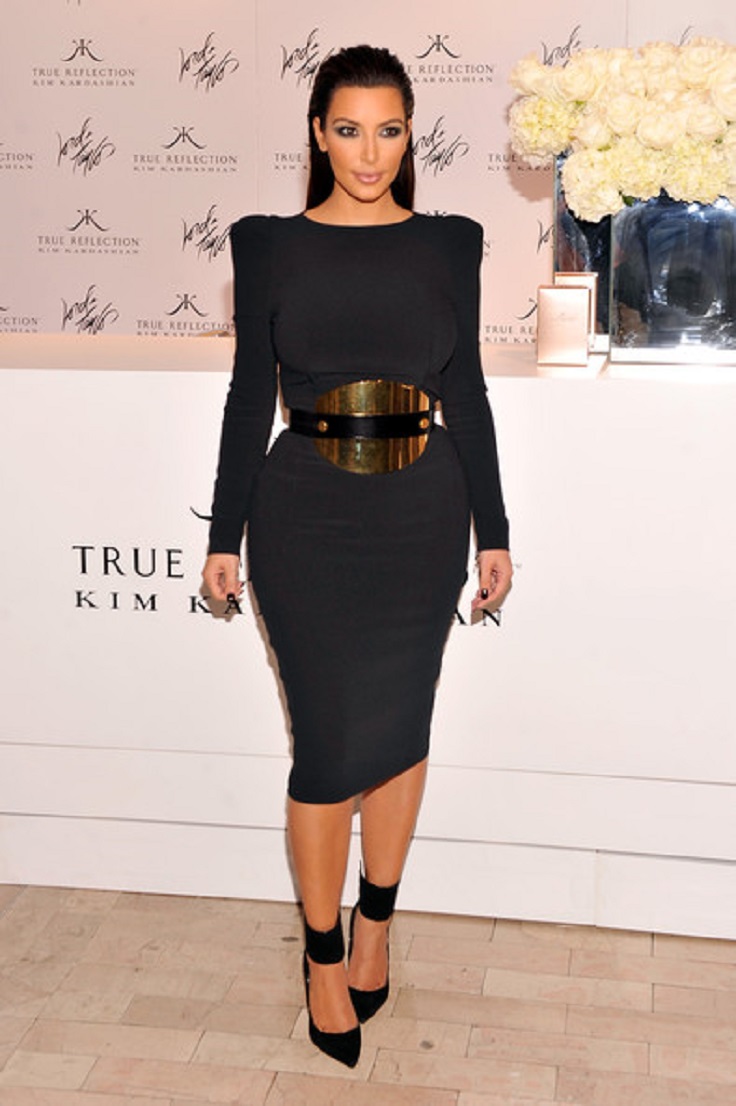 Perfect Combination of Skinny Gold Belt with The Most Amazing Shoes 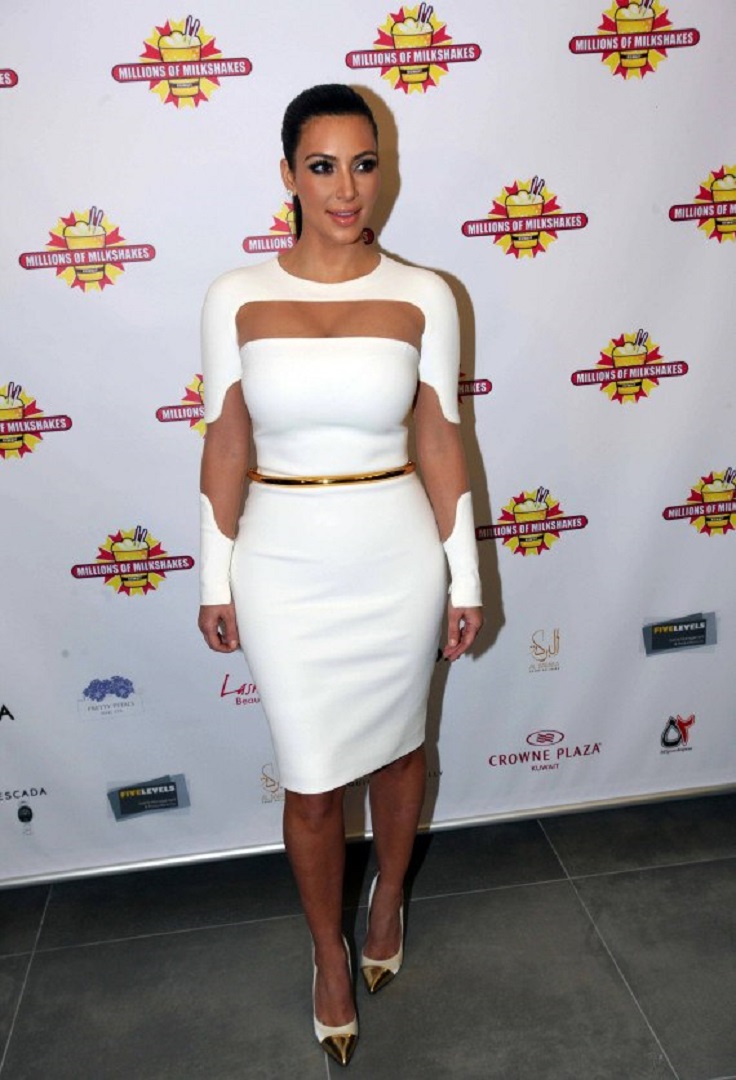 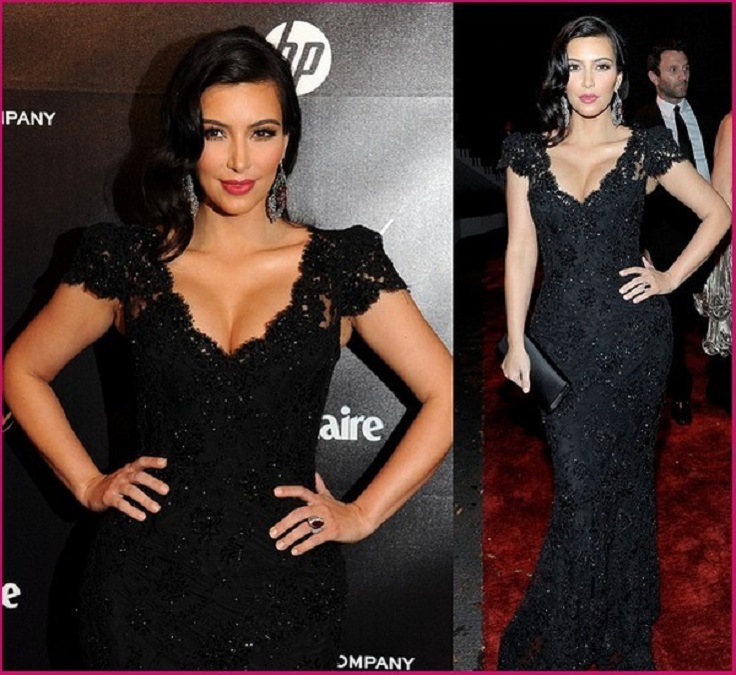 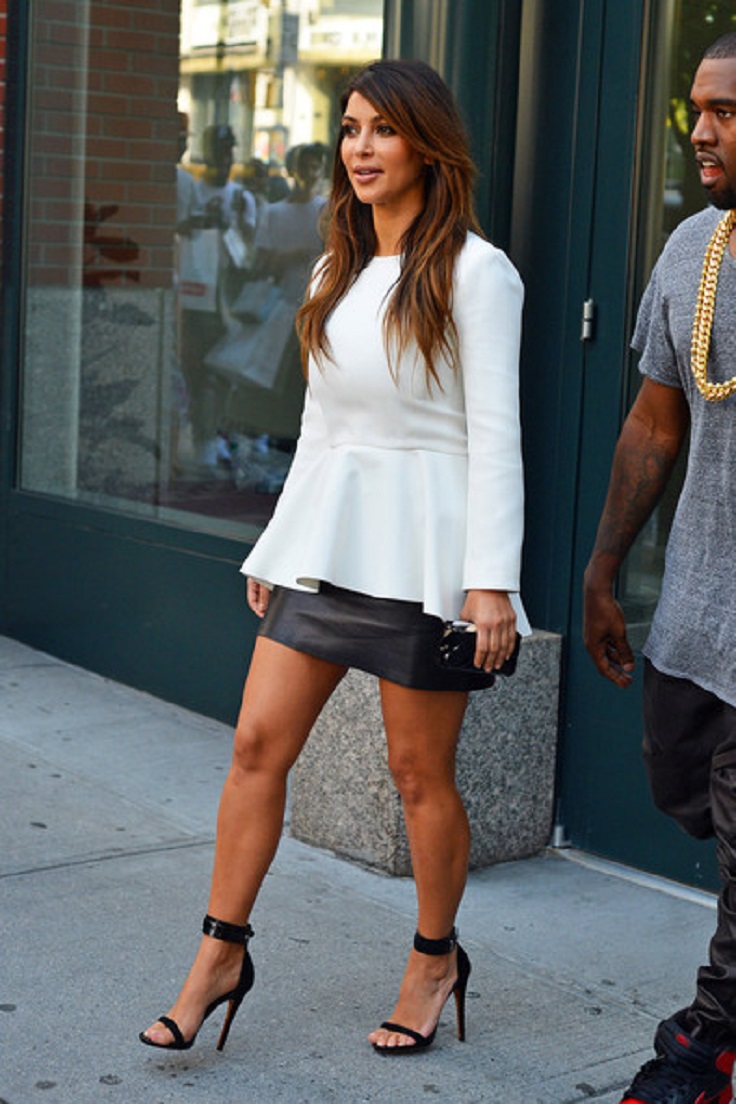 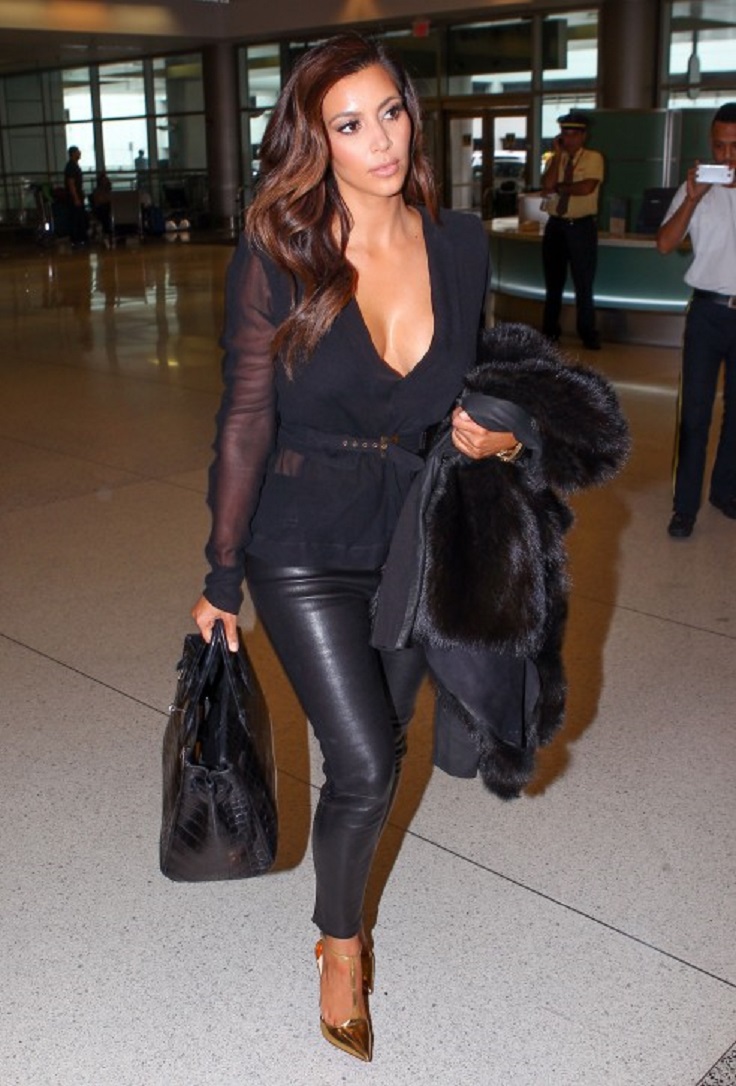 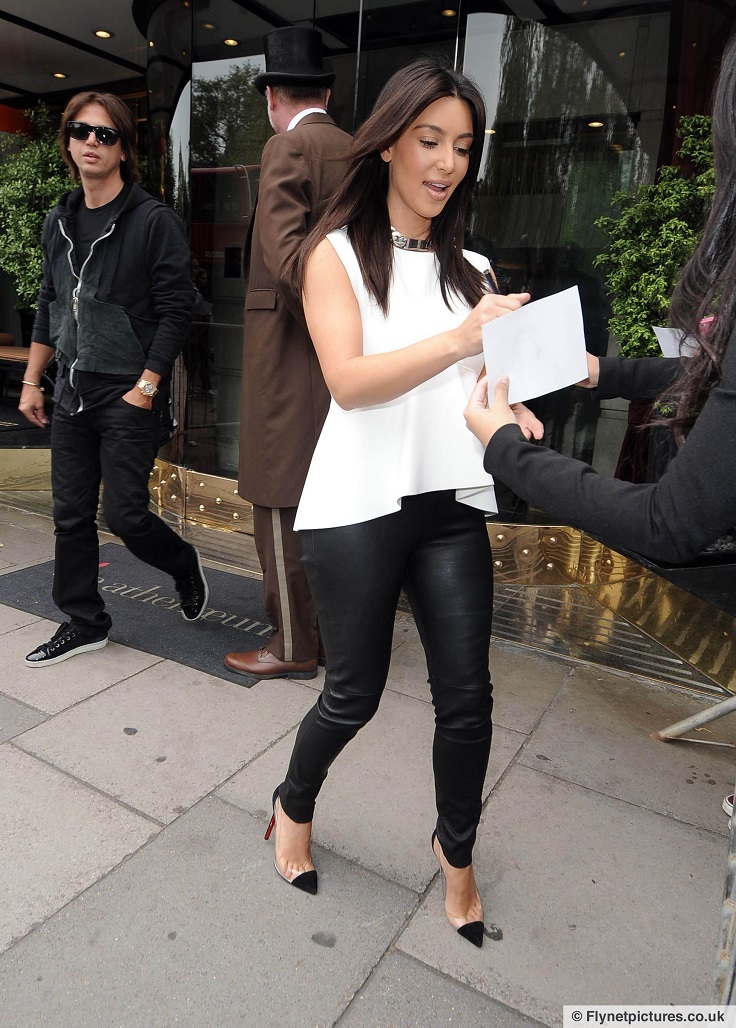 A Sexy Black Leather Sheath Dress, Accessorized with a Black and Gold Belt 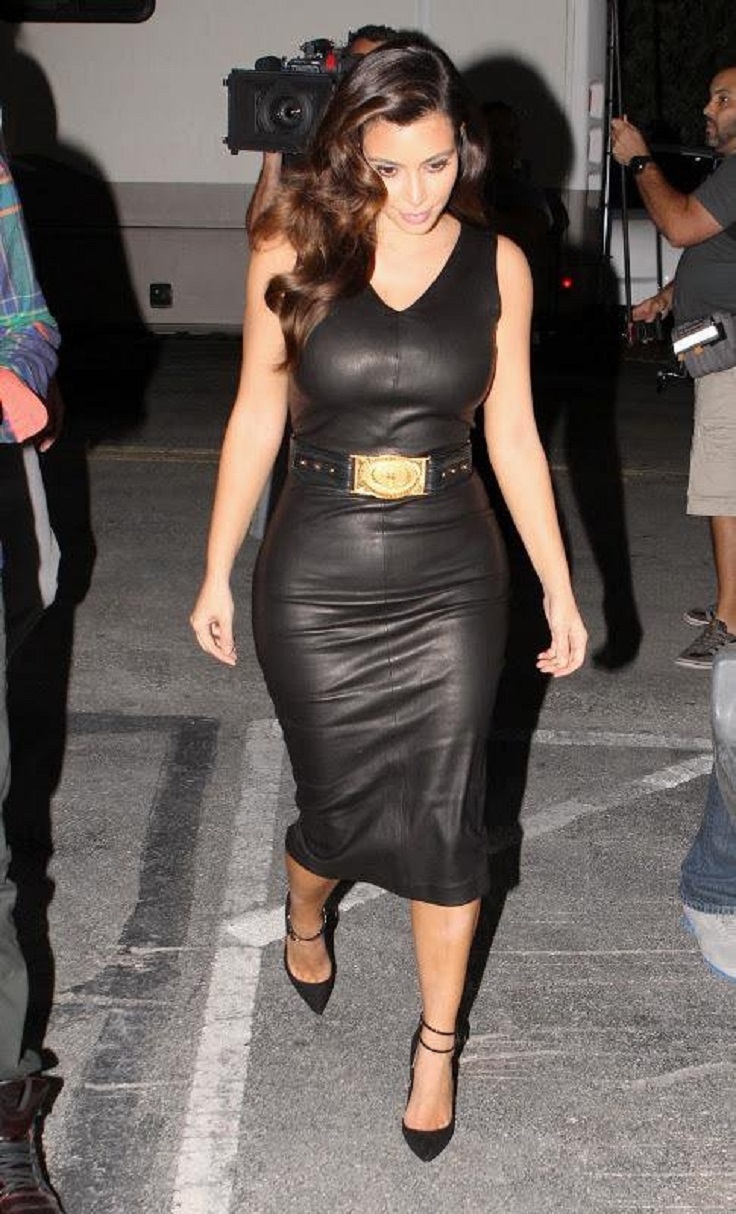 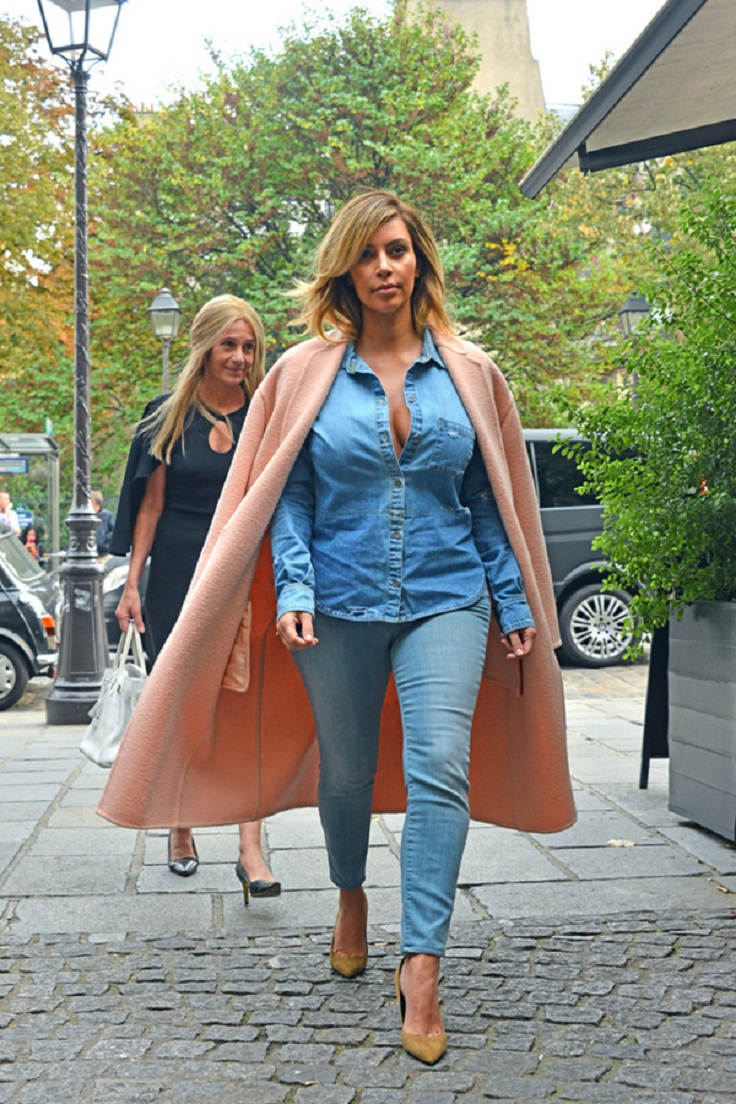