Standing on a quiet, untouched beach under the open starry sky, the breaking and receding surf give way to a large, black shape emerging from the water. Finally, this is what we have been waiting for! Standing breathlessly as she hauls her massive body out of the ocean towards the dry sand and she starts the ancient ritual of reproduction. Watching nesting sea turtles is a truly unique experience, something that one will always remember of.

There are seven living species of sea turtles: Leatherback, Green, Loggerhead, Kemp’s ridley, Hawksbill, Flatback, and the Olive ridley. Sadly, four of them are “endangered” or “critically endangered,” and two are classed as “vulnerable.”

While in the past, turtles were alone on their tropical nesting beaches around the world, they now have to share many of these sites with humans. Besides the natural threats to the hatchlings (such as predators including sharks, raccoons, foxes, and seagulls), the major threat is caused by humans.

It is an inspiring and wonderful experience to watch these animals in their natural habitat.

We have collected some of the best spots around the world where you can see these magnificent creatures. It is best to hire a local guide or go on a guided tour to learn more about them and reduce our impact on these endangered species. 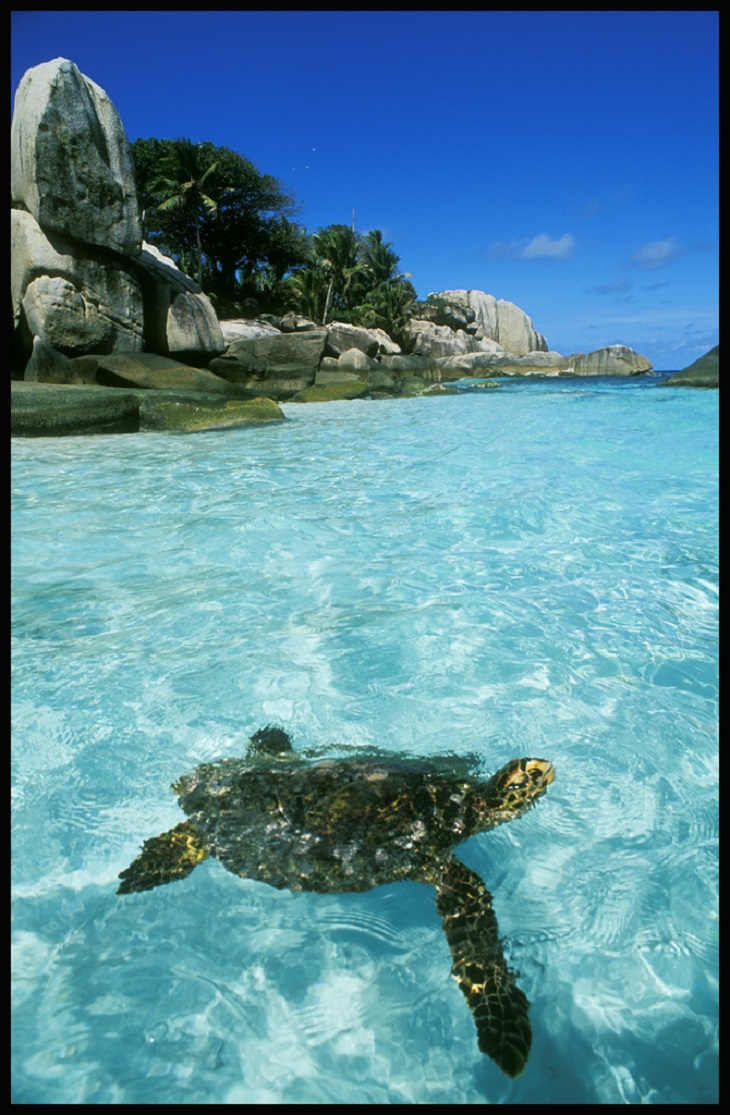 Costa Rica’s coast is home to many important nesting beaches for four turtle species – leatherback, green, hawksbill, and olive ridley. One of the most important nesting sites of the endangered green turtle in the Western Hemisphere is Costa Rica. 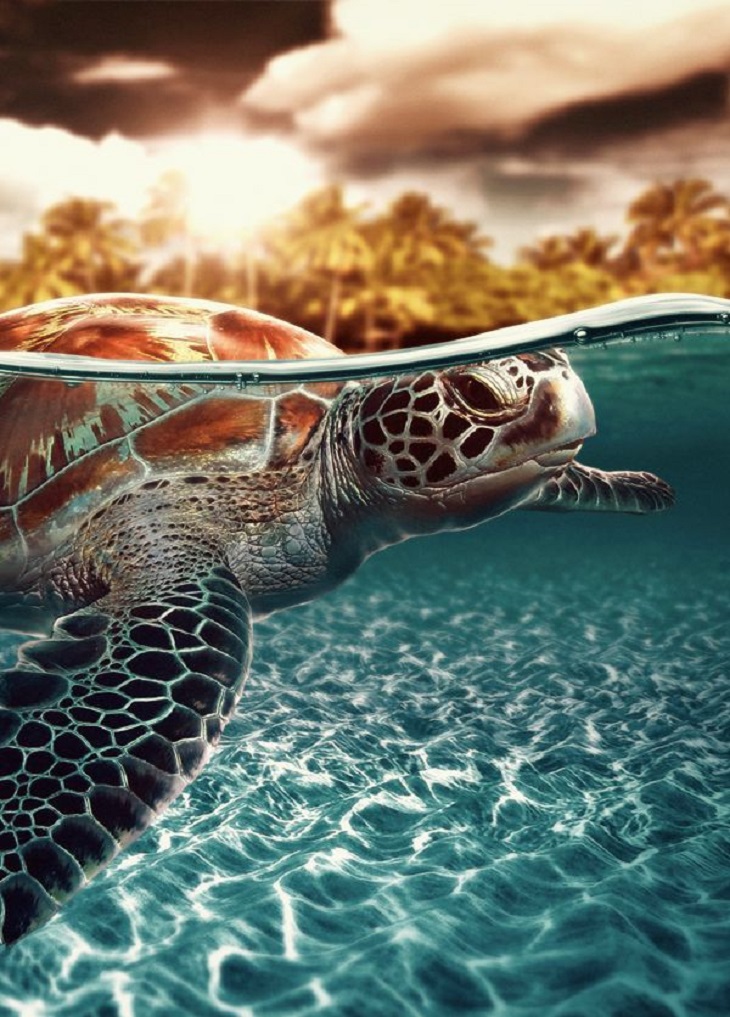 Six out of the world’s seven species arrive to lay eggs each year on Mexico‘s thousands of miles of coastline. The females return to exactly the same location where they themselves were born to lay their eggs. It is thought that they are sensitive to and use the Earth’s magnetic field as navigation. 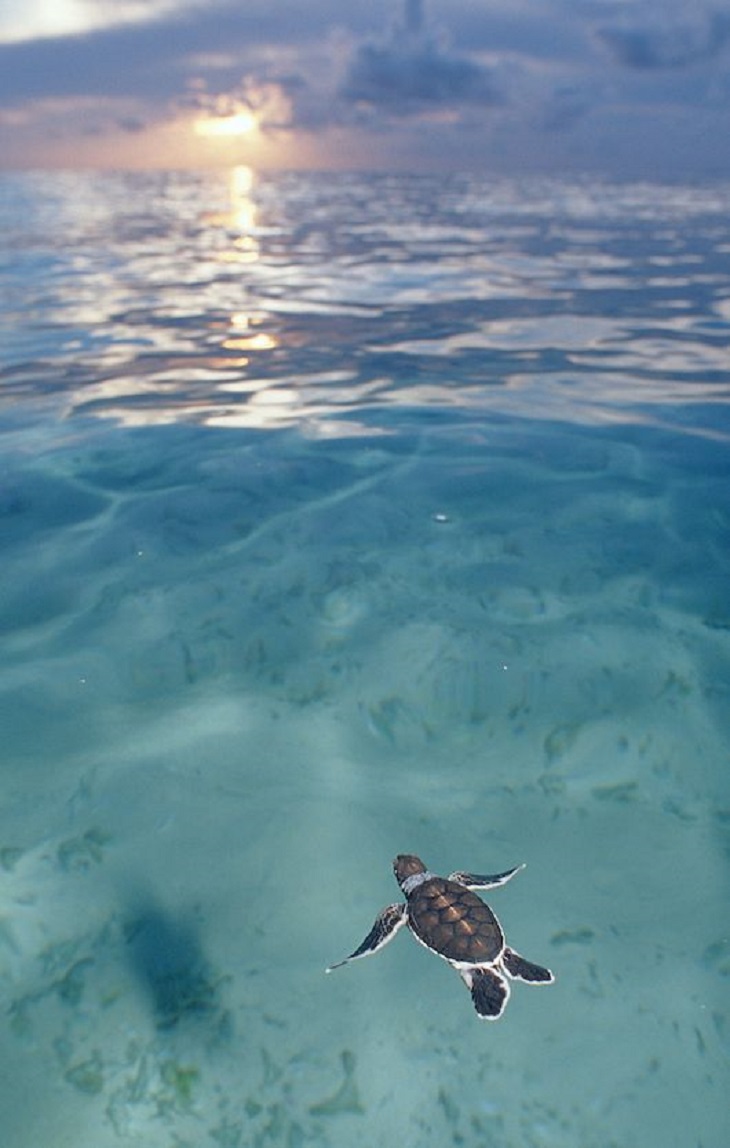 Isla Cañas off Panama is a wonderful place to watch nesting turtles, especially between August and November when the ‘arribada‘ occurs. This is when thousands of turtles come ashore. Green, hawksbill, olive Ridley, and the huge leatherbacks can weigh over 800kg (700-2000 pounds). 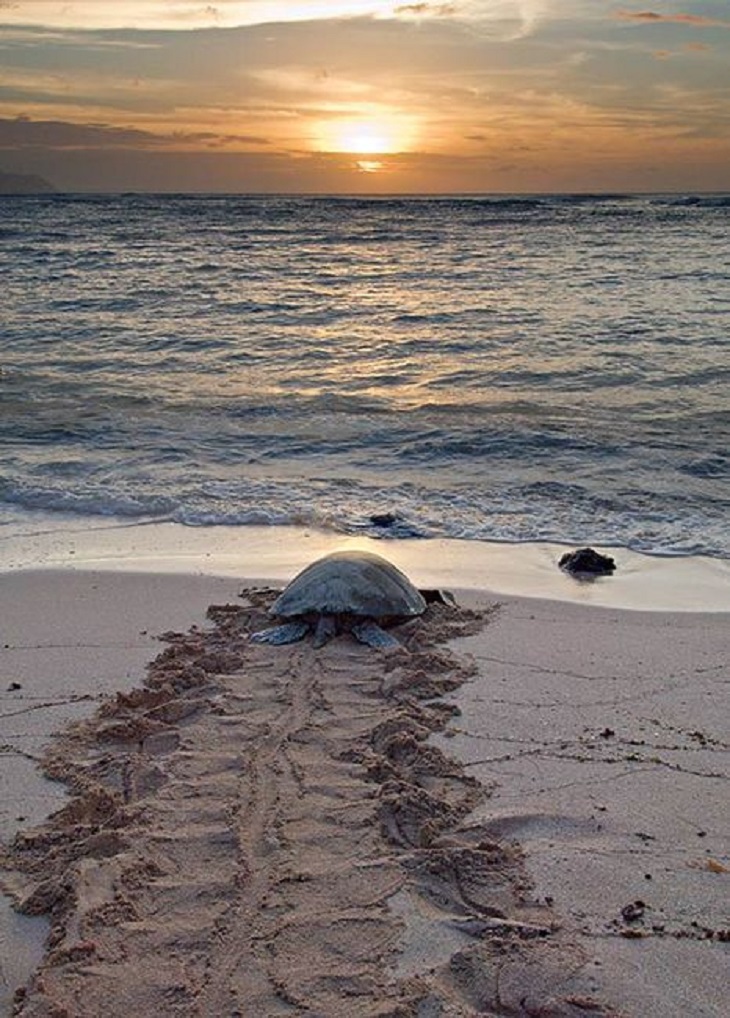 Five out of seven species regularly visit the sandy beaches of Sri Lanka to nest. The whole process of nesting can take up to 3 hours. It is important to wait until the process starts before we approach the turtles not to disturb the nesting. 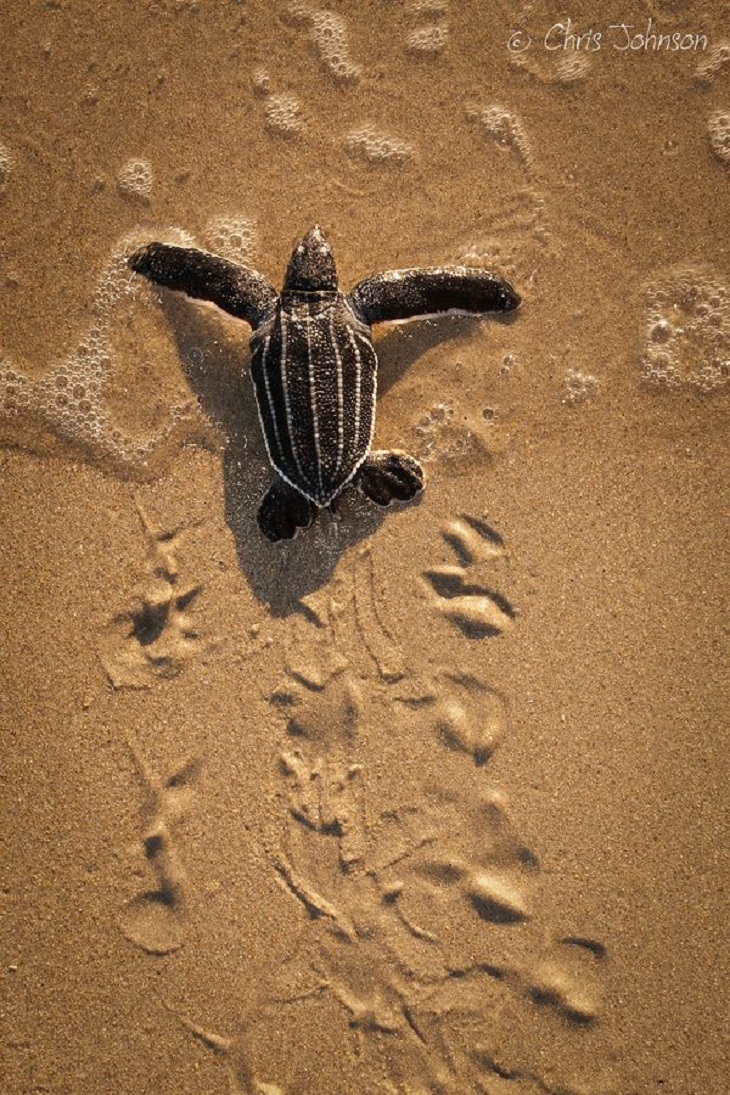 Cuba is home to some of the best-protected waters in the whole Caribbean. A sea turtle’s nest can contain up to 200 eggs.  The female buries the eggs in the sand, where they incubate for approximately fifty days before the eggs hatch, and the baby turtles make the journey from the beach to the ocean. 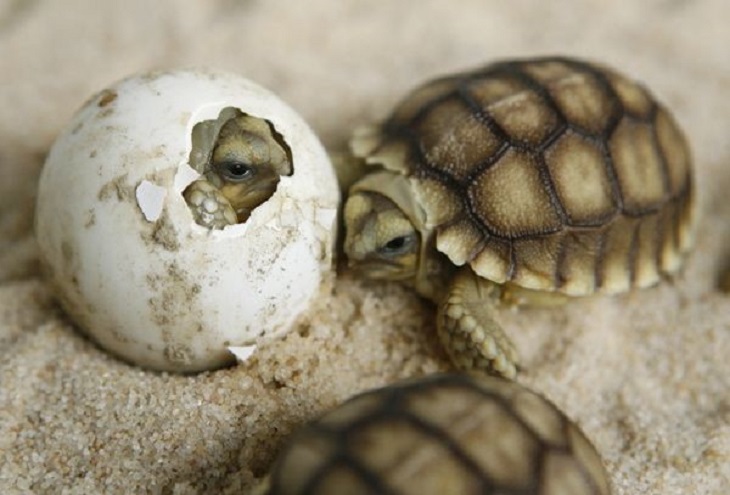 Nicaragua beaches are home to four species of sea turtles, the hawksbills, olive ridleys, leatherbacks, and greens. Padre Ramos is one of the last two major nesting beaches for the Eastern Pacific population of hawksbill turtles. At La Flor, the olive ridley nests between July and December when more than 100.000 olive turtles come ashore. 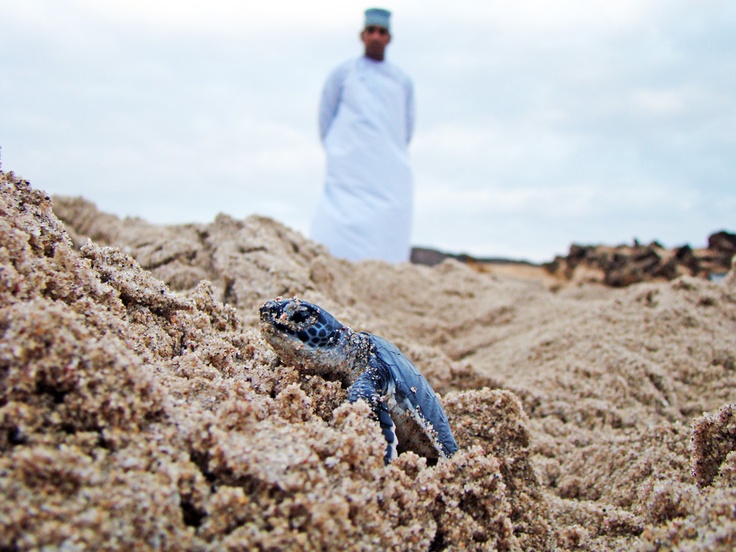 Oman has five different sea turtle species. Each year thousands of sea turtles migrate from the Arabian Gulf, the Red Sea, and Somalia to lay their eggs on the Sultanate’s shores. You can book a guided tour at Ras Al Hadd Turtle Reserve and have the once in a lifetime experience. 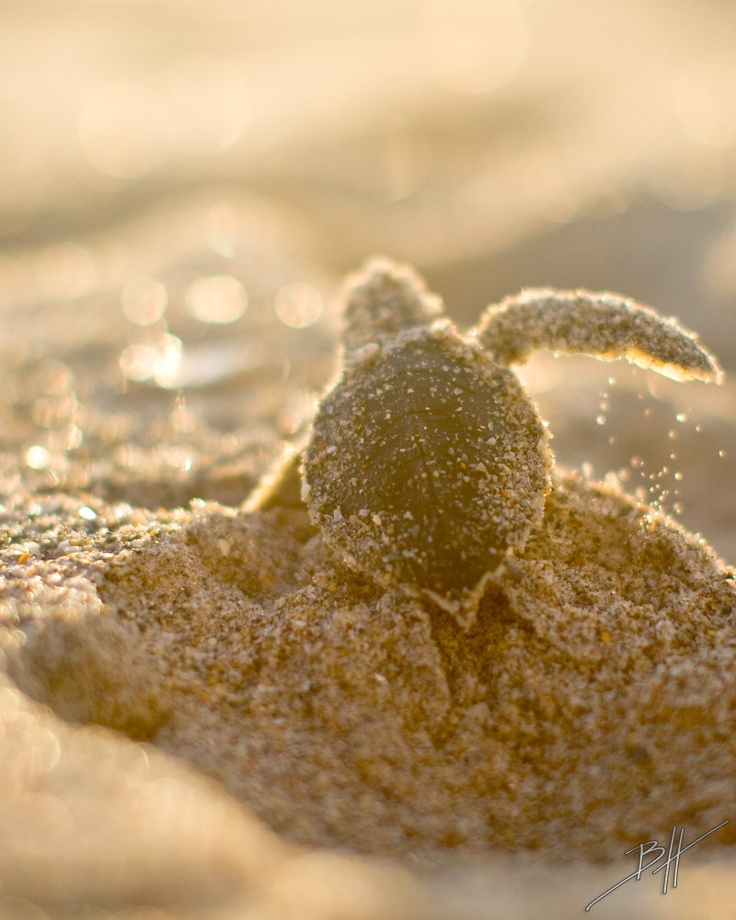 Five species of sea turtles nesting on Florida‘s beaches, with the loggerhead being the most common. Florida has approximately 90% of all the sea turtle nesting in the U.S. But sadly, over 40% of the beaches are classified as critically eroding because of changes in the natural landscape. 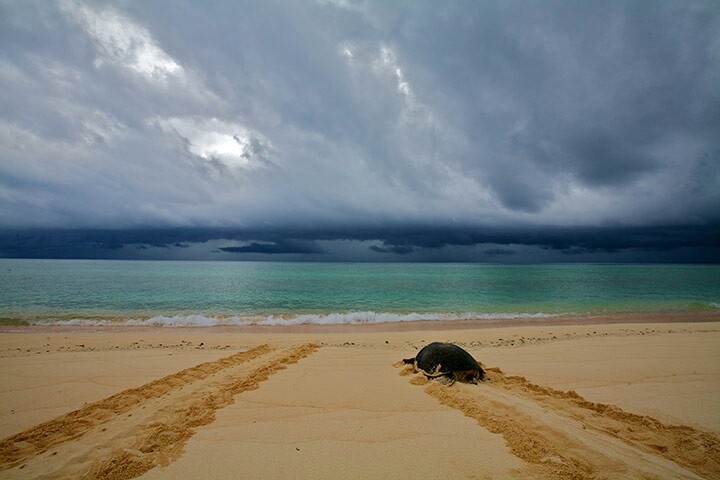 Six of the world’s seven species of sea turtle can be found in Australian waters. It has some of the largest nesting areas in the Indo-Pacific region and home to the flatback turtle’s only nesting populations. Raine Island on the Great Barrier Reef has the largest green turtle nesting population globally, with tens of thousands of turtles coming to lay their eggs each year. 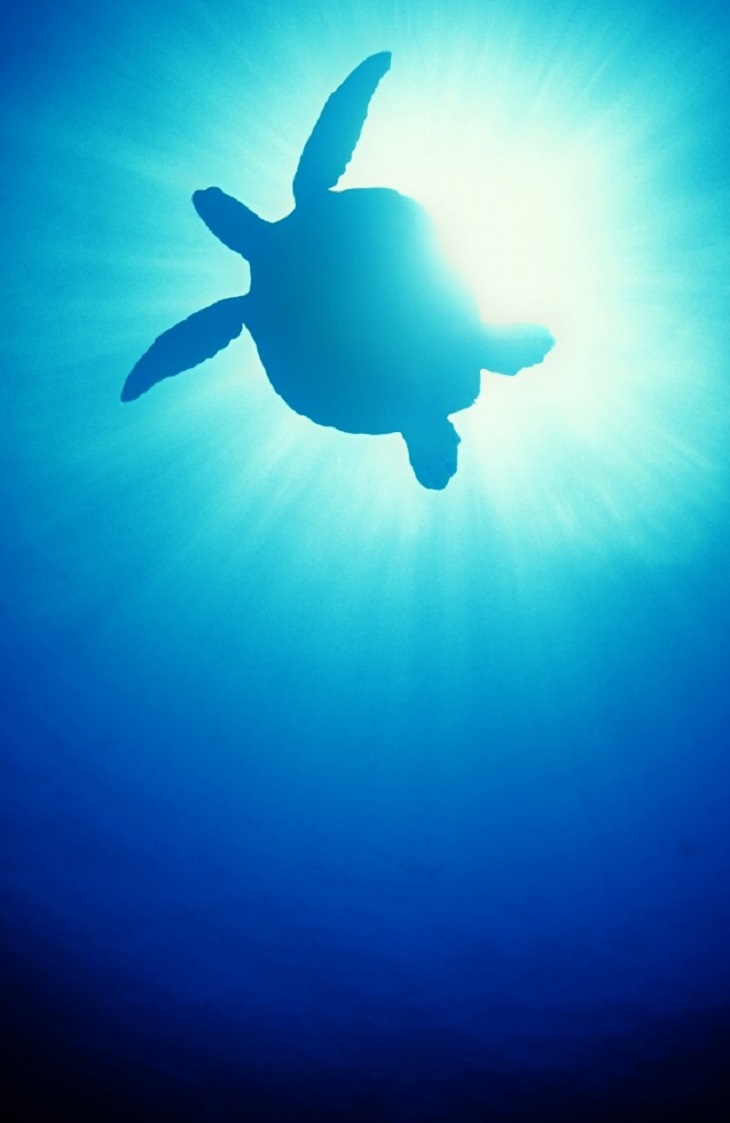 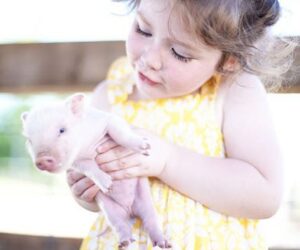 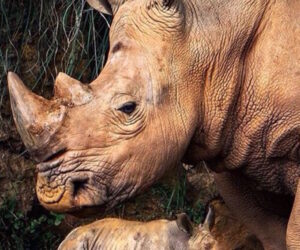 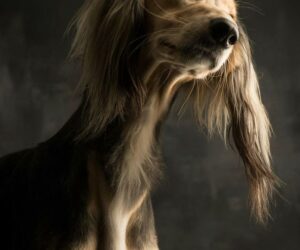