Aurora Borealis or The Northern Lights – Nature’s most fascinating phenomenon. People see pictures and they cannot believe their own eyes, everyone thinks it must be a Photoshop thing. No one imagines colorful fluorescent ribbons dancing in the sky can be seen on this Planet. It’s fairytale dust, it doesn’t exist! But in fact, it DOES EXIST, and it’s so real, you can see it with the naked eye. Nature’s own gigantic light show, when Earth meets Heaven can be also scientifically explained as collisions between electrically charged particles from the sun that enter the earth’s atmosphere. The lights are seen above the magnetic poles of the northern and southern hemispheres. 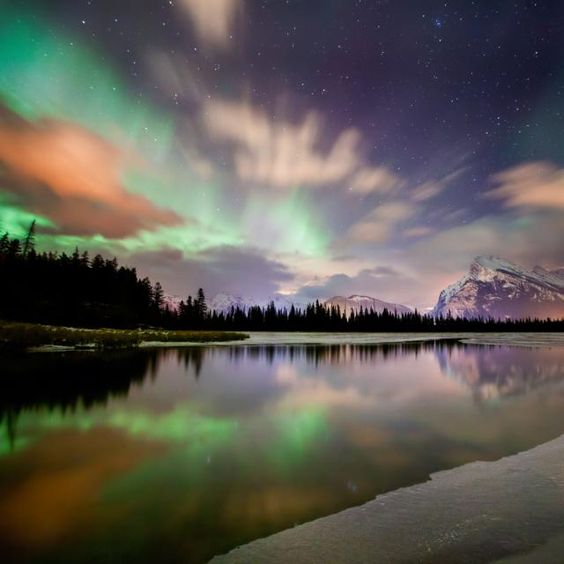 We know that the very best viewing locations in Northern Canada are in Yukon, Nunavut, Ontario, Calgary, Manitoba, and all Northwest Territories. Usually, the best months to see those magical lights in our skies are from November to March as the sky is at its darkest. However, this occurs every single evening as they are naturally caused by charged particles from the sun hitting atoms in our Earth’s atmosphere, releasing photons. Anywhere between 10 pm and 2 am is the best time to get to see the spectacle although once again, this is a 24/7 occurrence. 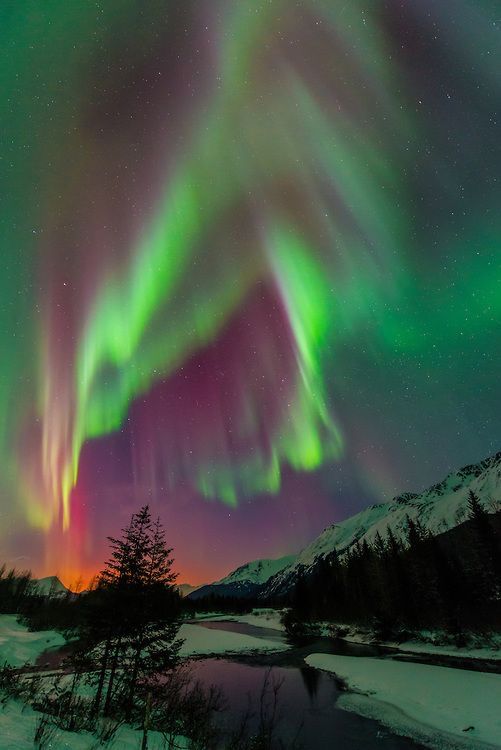 From what evidence we gathered, the best viewing locations in Alaska are in Fairbanks, Denali, and the overall Yukon Territory. In saying that, chances are you would be able to spot them anywhere on its territory, during any of its four seasons. Mid-September to mid-April, peaking in March, is the recommended time to see the show, whenever the sky is dark enough, crossing our fingers for everyone turning all their lights off, creating close to zero light pollution. The aurora belt in Alaska’s great Arctic regions is among the most active in the world, and there are few other places on the planet more suited for an Aurora Borealis holiday. 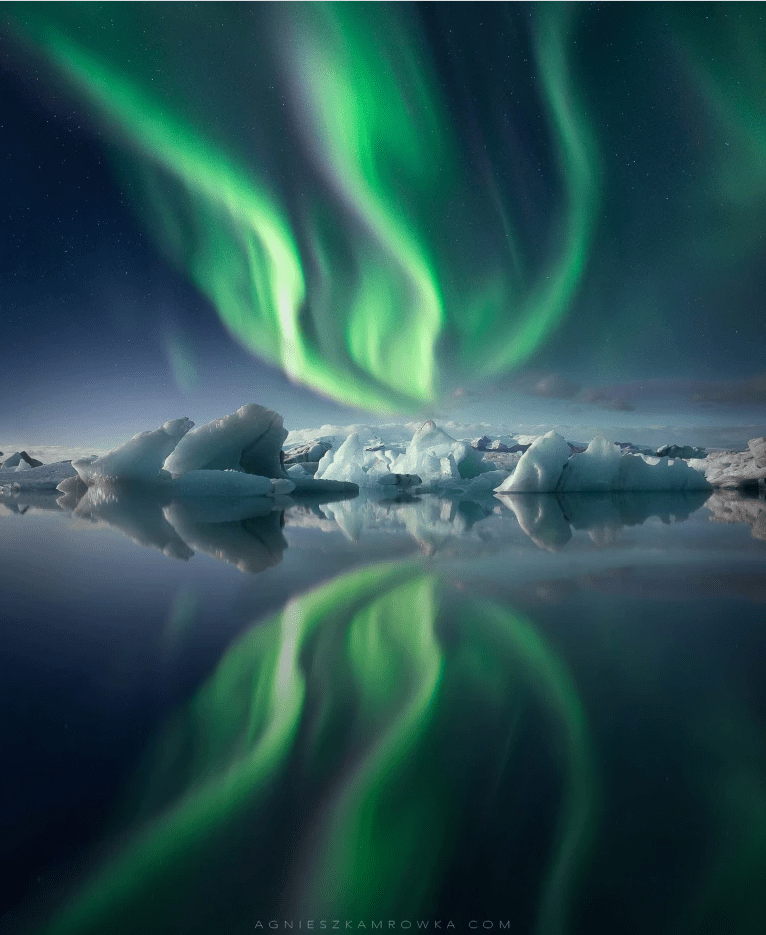 Possibly world known for its majestic and endless scenes of the Northern Lights, Iceland offers without a doubt one of the best seats in the house to include the likes of just outside Reykjavik, Þingvellir National Park, and well, the entire country. Because Iceland is located at a very high altitude, the lights cannot be observed from mid-April to mid-August, as there is no darkness in between. So, the best chances are from late September to late March from 6 pm onwards, as it gets dark very early on in this part of the world; giving you all the chances to get to see a glimpse, if not the full show of the sky’s pure magnificence. 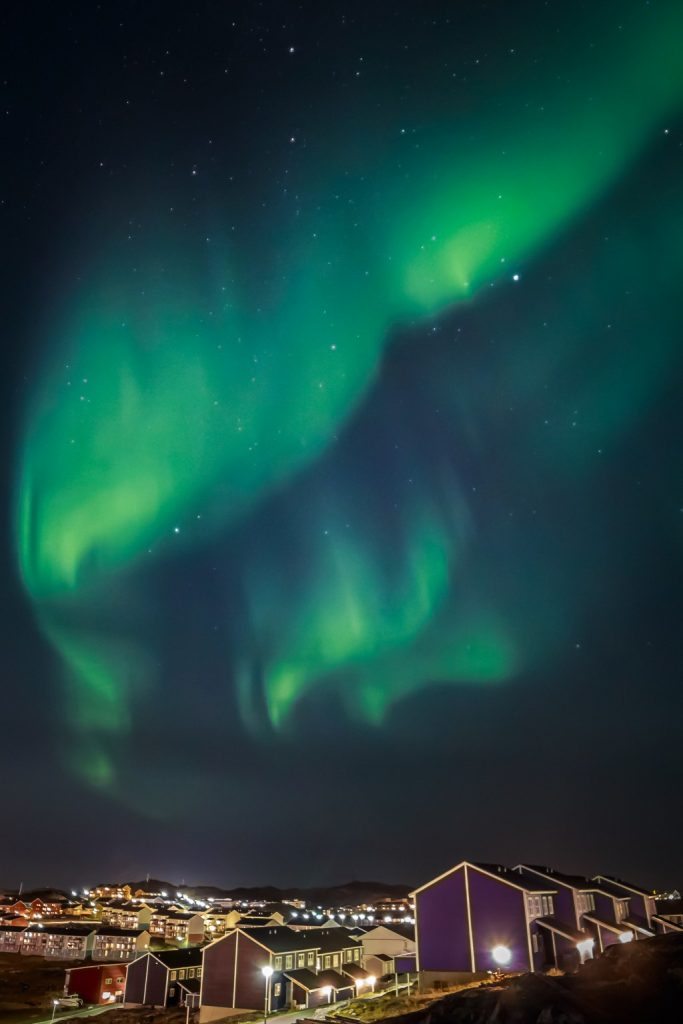 The best viewing locations in fabulous Greenland are in both Kulusuk and Ammassalik. Due to Greenland’s magical midnight sun, during the summer months, the Aurora Borealis cannot be seen. However, anytime before and after this, the room is all yours to feast your eyes on the Northern Lights lighting its sky. You can go on a dog sledding tour that will take you to some of the best viewing platforms in the country. And, it is an experience like no other. Trust us! 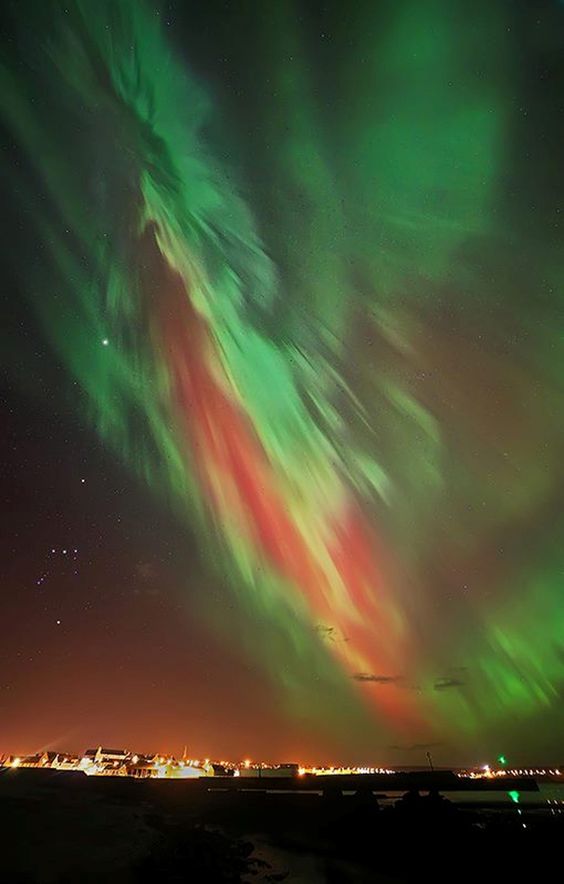 Who would have guessed it, yet it is so evident. Many of you might not have considered the UK to participate in the front seat marvel the Northern Lights offers. Yet, the best viewing locations in one of the most beautifully green countries on Earth are in Aberdeen, the Isle of Skye, Northern Highlands, and Dunnet Head. Anywhere between September and March, one would be able to see the phenomena, to better distinguish the colors of the Aurora when the sky is dark, locally known as the “Mirrie Dancers”. 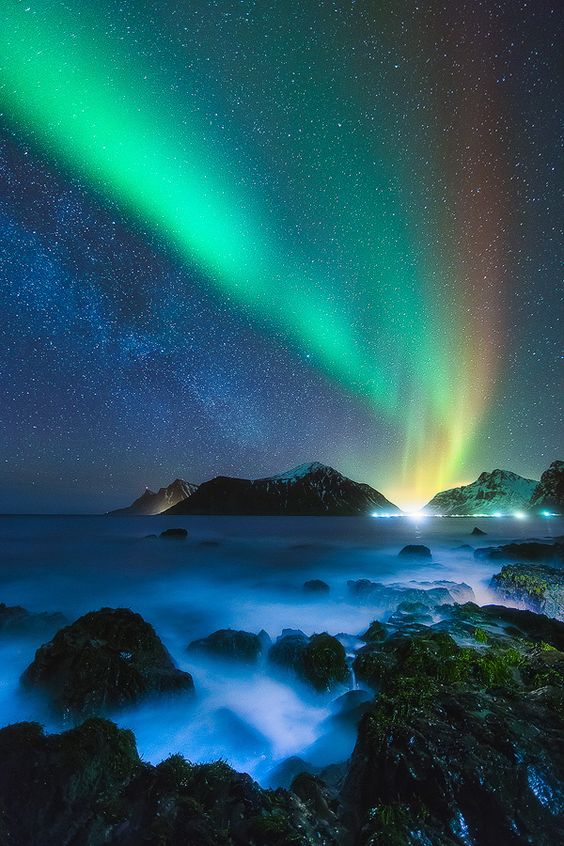 The most terrific viewpoints from Norway to see these special Aurora Borealis are in places such as Tromsø, Alta, Svalbard, and Finnmark. The peak season for the Northern Lights is unquestionably anytime from September to March, and March is the best time to see them, as an encore before retiring for the summer months. Arctic Norway does have thrilling light shows, with many packages on tap for tourists getting to experience the Aurora once in a lifetime, giving a sense of authenticity to the trip. 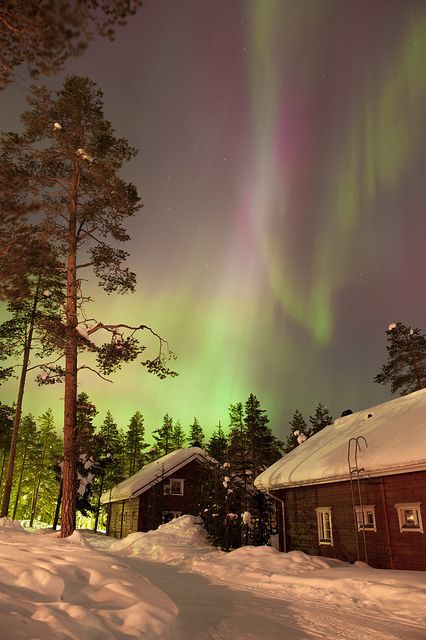 Photo by Solar Storm Over Rovaniemi

A sight to remember; Finland. The best viewing locations are found in Luosto, Nellim, Utsjoki, Ivalo and in Kakslauttanen. Sometime in late August, the sun starts to finally dip far enough below the horizon that stars once again appear in the skies above the country. The return of stars also means the return of the Aurora phenomena; the silky dance show specters of our universe right above us. You will get to experience the green and violet sheets swaying from side to side silently all caused by the sun. The Northern Lights can even be spotted in the cities, regardless of the light pollution. 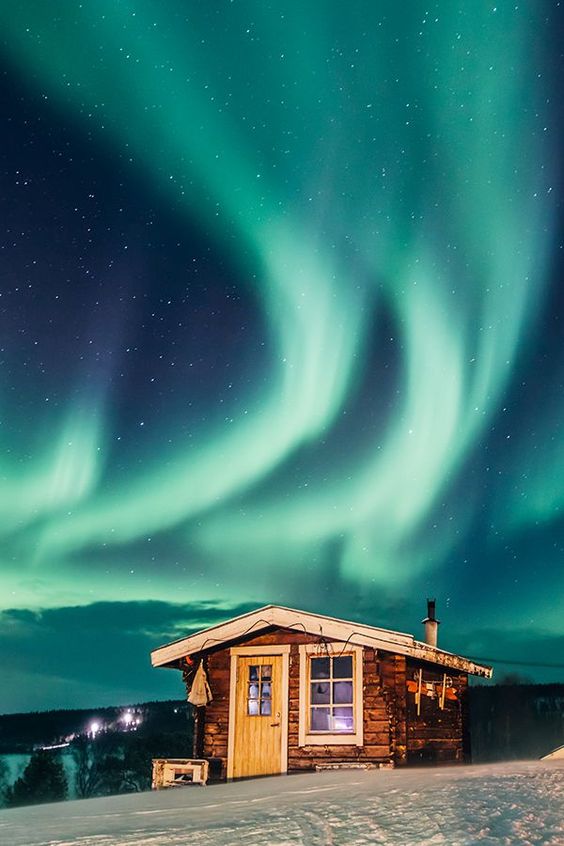 Best Viewing Locations in Sweden will have to include the likes of Kiruna, Abisko, and in the Swedish Lapland. You will see all shades of pinks, purples, greens, and blues dancing high above, and the best time to see these is once again, between early September to mid/late March before the summer months. They are best seen at sundown, anywhere between 6 pm and 2 pm. Sweden is a slightly cheaper country to visit than some of its neighbors within the Nordic neighbors and therefore makes it an idyllic destination for us mortals. 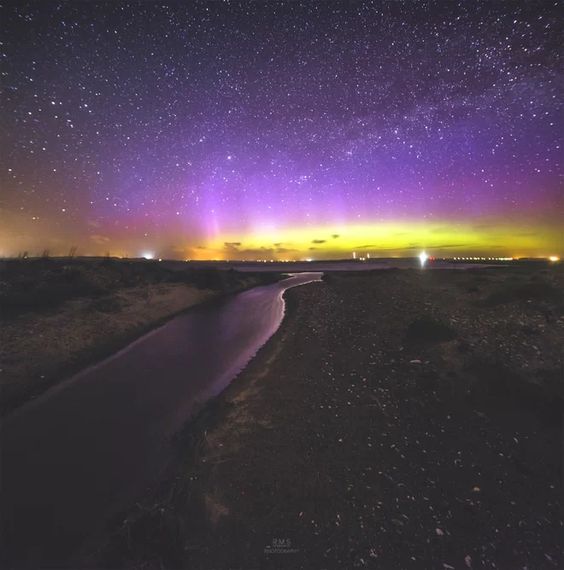 All their islands within its archipelago are fantastic viewing points. There isn’t one better than the other to speak of. Once again it all rather depends on the light pollution at the very moment. The best time of the year to catch them is anywhere in between April to September when the nights are darker, and the sky is less cloudy. Their lights are considered to be some of the most colorful in the region, however can only be seen a few times a year with no guarantee. But when and if they can be seen, it would be a feast for the eyes. 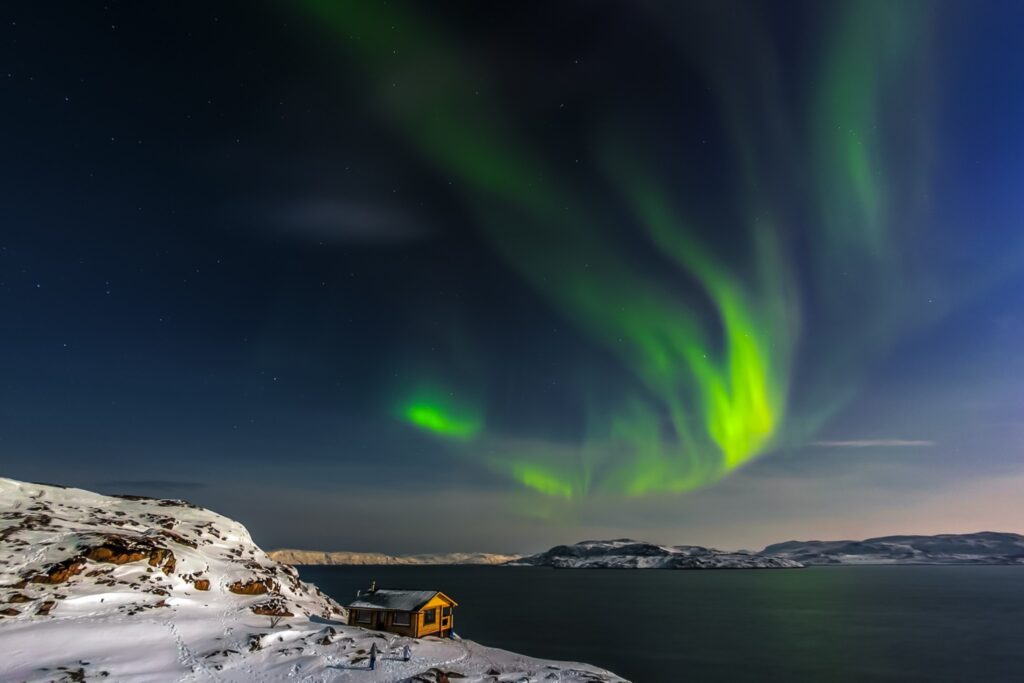 The best viewing locations in Russia are in Murmansk and Siberia Kola Peninsula and from Karelia to Chukotka. In Russia, you do gain an extra couple weeks to the rest, perhaps, as they occur from mid-August to late April. You will have more chances to catch the light show in winter, as there are 42 days of polar nights on the Peninsula. The overall period of darkness is rather long, hence having more time to observe the Aurora Borealis. For the lucky humans, also known as the residents, you could get to see them in the middle of St.Petersburg. 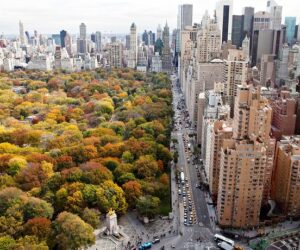 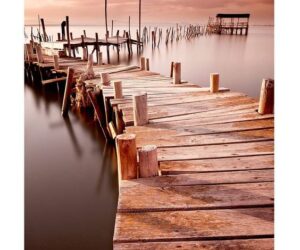