Turkish cuisine is largely the heritage of the Ottoman cuisine, which can be described as a fusion and refinement of Mediterranean, Balkan, Middle Eastern, Central Asian, Eastern European, and Armenian cuisines.

The variety of dishes that make up the Cuisine, the ways they all come together in feast-like meals, and the evident intricacy of each craft offer enough material for life-long study and enjoyment.

These are a few dishes perfect to try at home and perfect for entertaining friends and family alike. Check our top 10 traditional Turkish recipe choices! 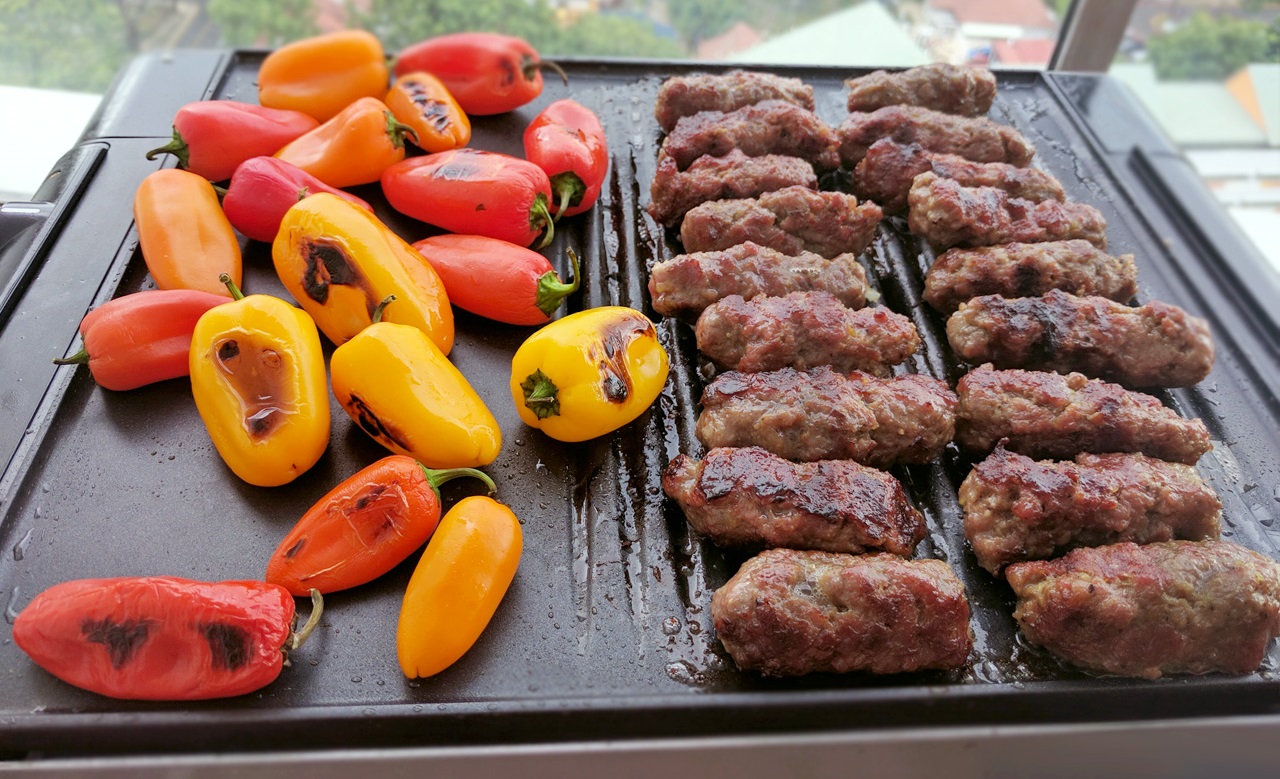 No matter where you are in Turkey, you can not avoid the tasteful köfte, aka wonderful Turkish meatballs in all shades and shapes. You can get them in hundreds of variants depending on the region and the ingredients, the preparation, and the shape. Hot summer day and grilled BBQ in the garden among friends!? A definite must-try! Check this recipe out – a combination of minced beef and lamb. 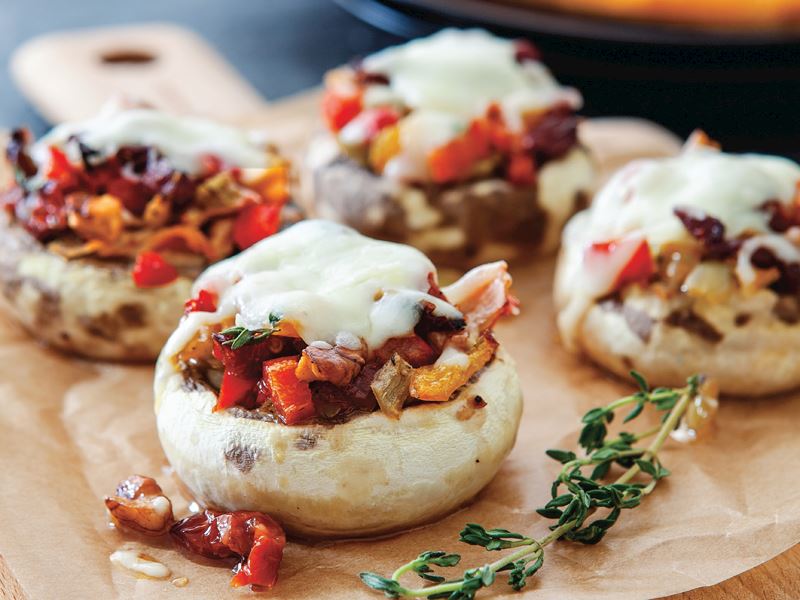 Pan-fried stuffed mushrooms with the most delightful stuffing! All of this with, should you be able to obtain it, Turkish cheese called kasar peyniri. If this proves far too complicated to get, good old Emmental, gruyere or a young cheddar will do. Great family food and perfect for sharing and as always, work wonders on the barbecue alongside great koftas. 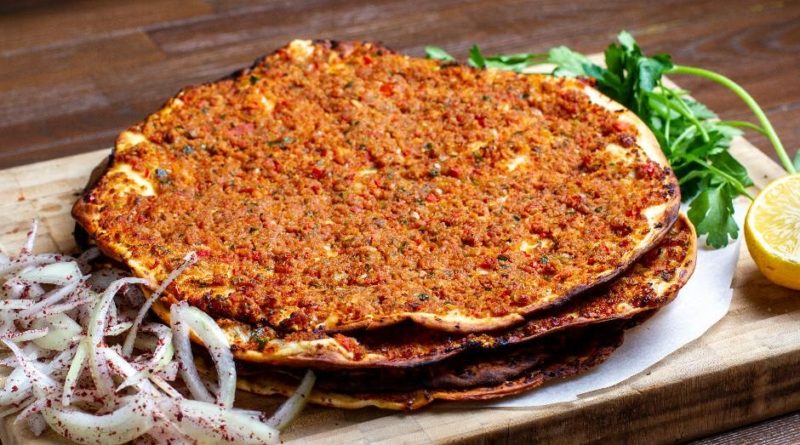 Think of Lahmacun, pronounced Lahamajoun, as a super-thin, crispy Turkish pizza topped with a flavor-packed mixture of minced meat, peppers, tomato, fresh herbs, and earthy spices. You may also find this in Armenian restaurants.  This lahmacun recipe is the perfect prepare-ahead lunch. And it’s a great dinner on-the-go. To serve a crowd, slice it up and serve with other mezze favorites. The secret? The spice mixture! 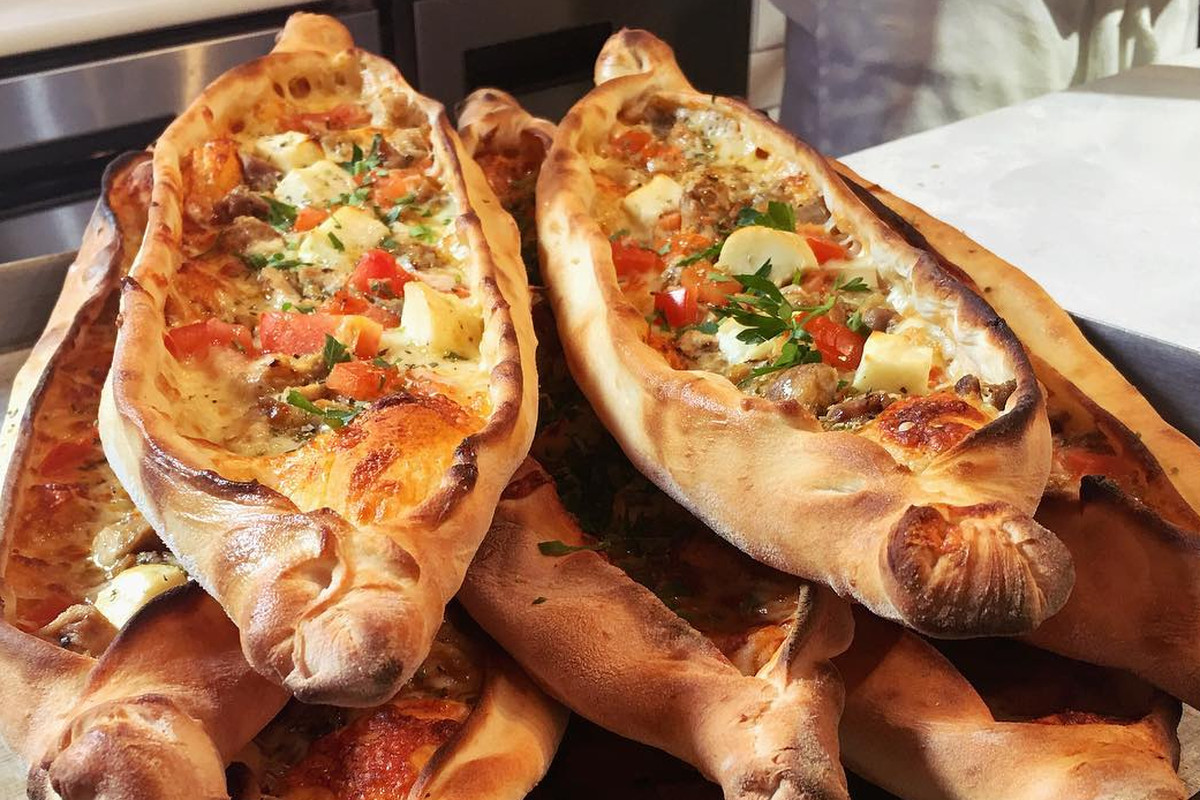 Pide is a boat-shaped flatbread filled with ground meat and is a popular Turkish Street Food. It is often referred to as Turkish Pizza. If you are lucky enough to have an outdoor oven then this is another must-try at home. You can also add an egg and cheese or just cheese. Other toppings include Spinach and Cheese, Sucuk (Turkish Sausage) and a vegetarian version would include tomatoes, mushrooms, or peppers. You can be as creative as you want. 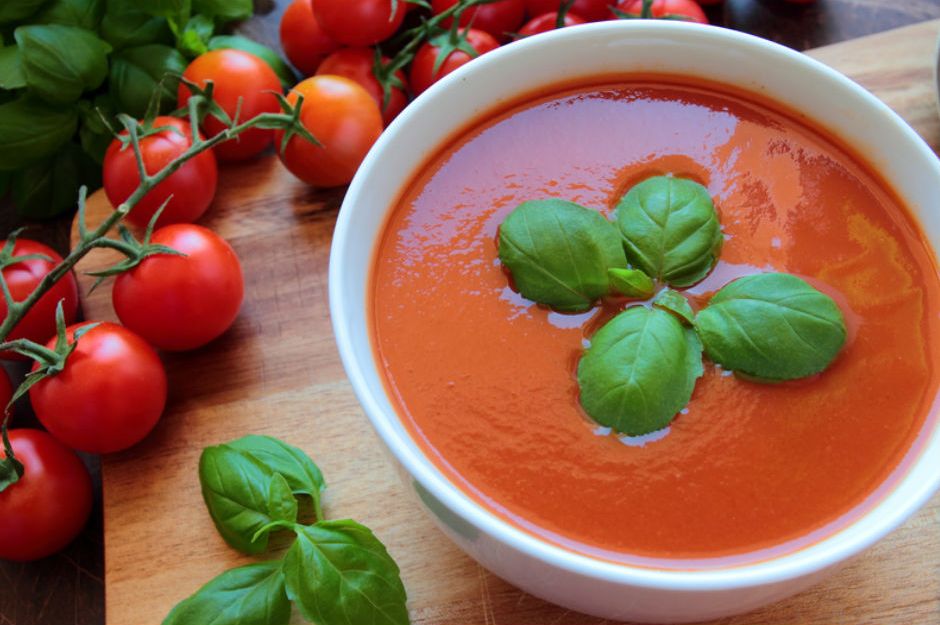 Soup or ‘çorba’ is an integral part of the Turkish meal plan. Served as a prelude to most lunches and dinners – or as a light meal on its own – Turks have certainly mastered the art of cooking in this local favorite. It could also be served as a gazpacho (cold, or room temperature). For a little more body when eating as a stand-alone meal, you can shred poached chicken into this tomato-based soup. 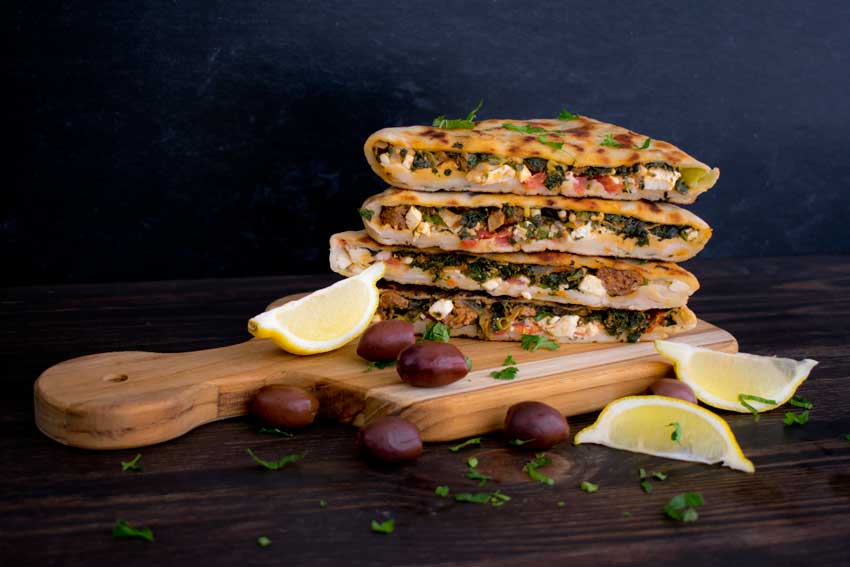 Looking for something to share with your friends? These little treats are mouth-watering and quite easy to make. Cumin adds a bit of nutty and peppery flavor with slight citrus overtones to this recipe. Toasted then cut into V-shaped pieces, these easy tangy melts are sure to triple your total when it comes to compliments. Perfect served with a side of homemade hummus. 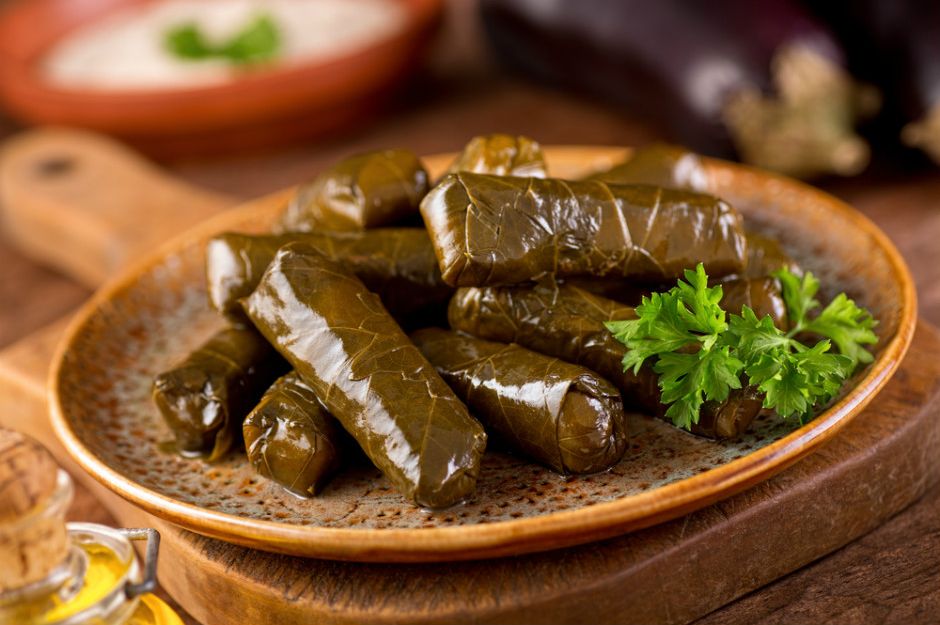 Stuffed vine Leaves is one of the most popular Turkish dishes called Dolma. It is one of those dishes that is always requested by everyone. It isn’t made that often because it takes a lot of time to stuff and roll the leaves but, well worth it. This recipe should be on the top of your to-do list when you have guests for dinner or a family gathering. Adding meat to the filling is totally possible however the dish must be served hot. 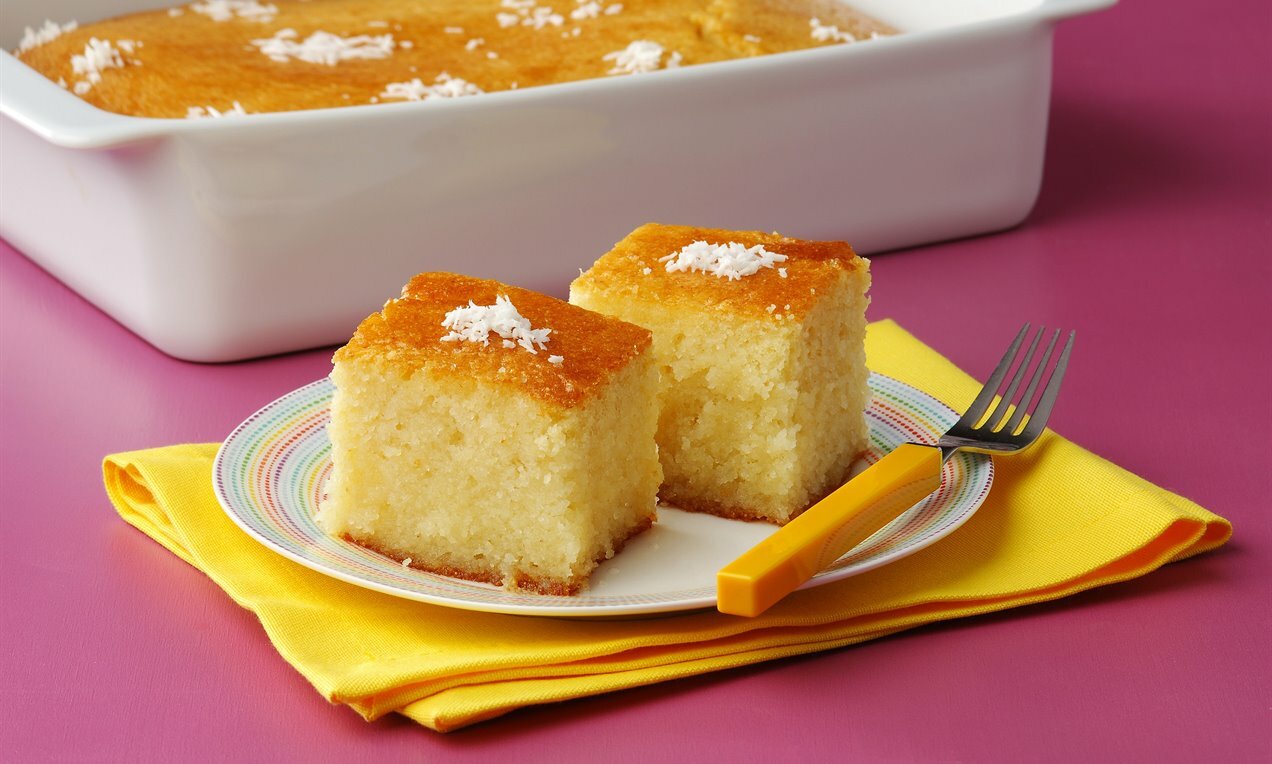 When it comes to Turkish cuisine, what do the people of Turkey not do with yogurt? The answer is…not a lot. A simple and light cake, a little like a cheesecake and an egg souffle. It’s wonderfully creamy and fluffy at the same time thanks for folded beaten egg whites mixture into the batter, and the semolina as a base. Why not serve this with grated coconut, yogurt, or pistachio ice cream. 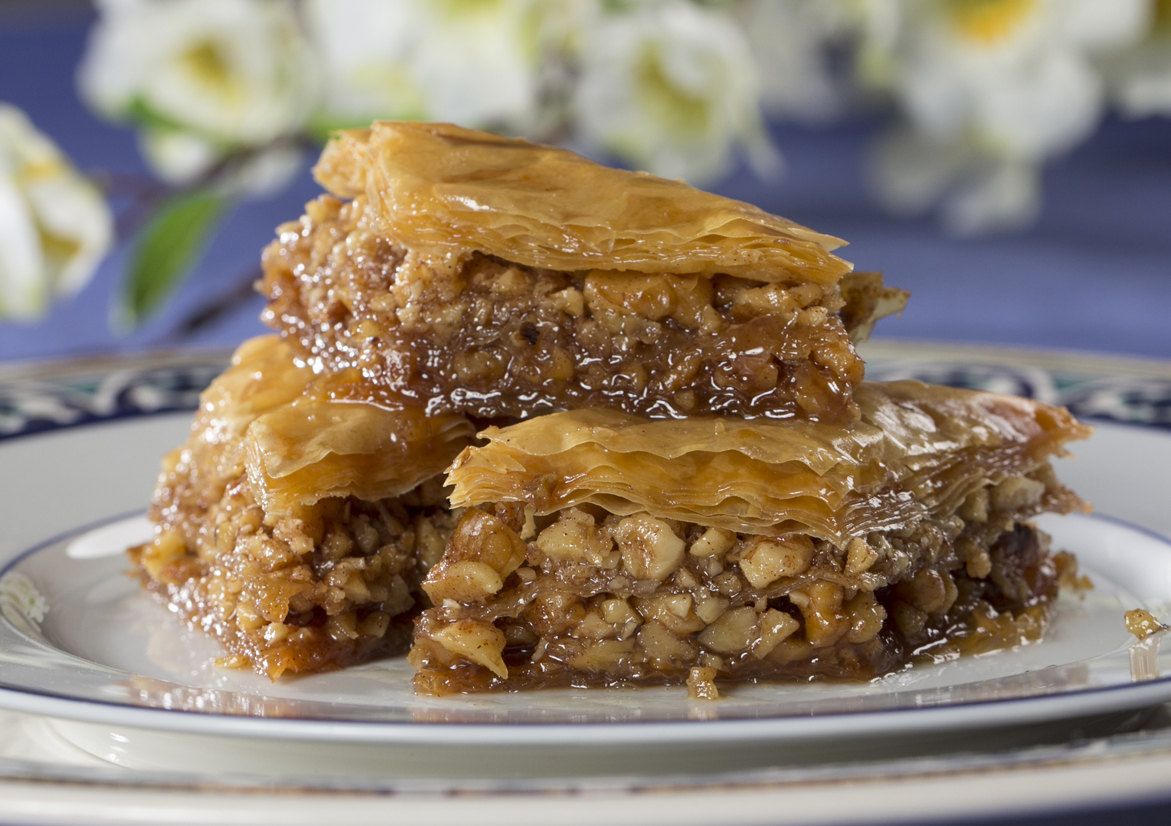 Baklava is a very old pastry. Many ethnic groups with ancestry going back to the Middle East claim the origin of this luscious pastry. The historical documentation is not solid, yet there is strong evidence that its origin comes from Central Asian Turkic tribes. The recipe may sound too easy to be true – chopped nuts are spread in between the phyllo (filo) layers, dressed with butter/olive oil, baked, and sweetened with sugar syrup. Before you enjoy the baklava it needs to sit in sugar syrup for at least half a day or overnight. 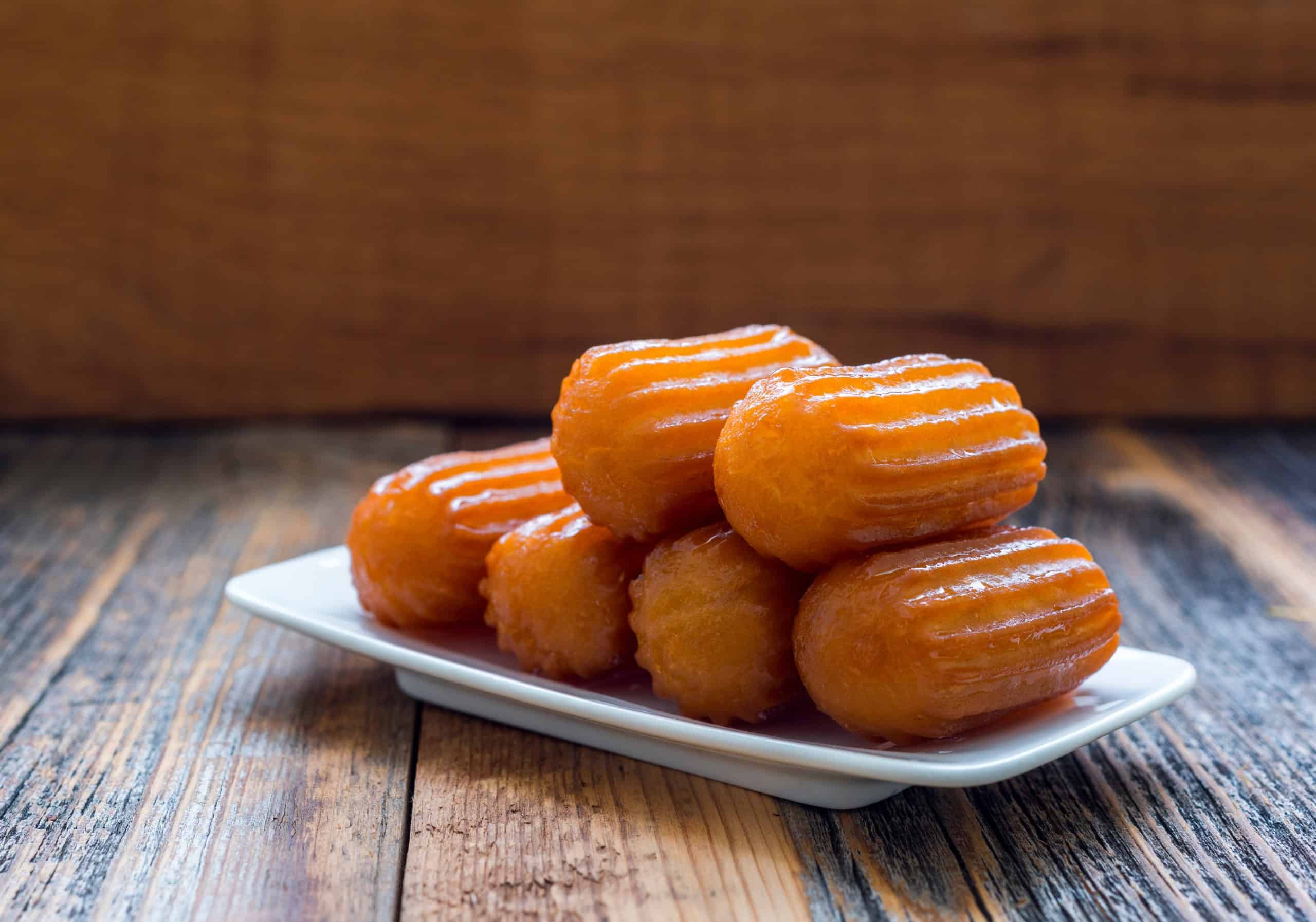 Turkish tulumba is a hot water dough fritter traditionally found in the cuisines of the former Ottoman Empire, particularly throughout the Middle East and the Balkans. Tulumba was named after a special tool used to make it – a kind of syringe with a star-shaped nozzle. These deep-fried, crisp-shelled treats deliver a serious kick of sugar as they are soaked in thick, sometimes lemon-flavored syrup. This classic Turkish dessert has become one of the most popular street foods and perfects to try at home for the family. 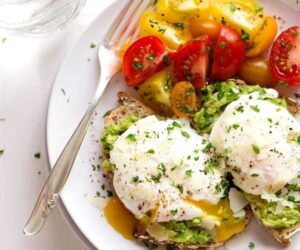 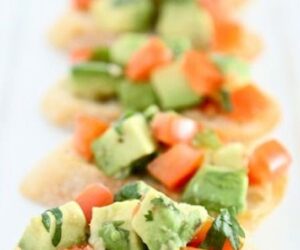 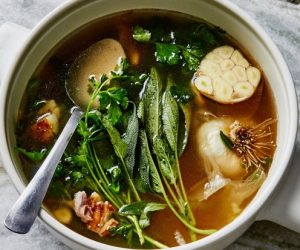