Top 10 Famous Greek Statues You Need to Know About

We can divide ancient Greek civilization into four major parts. Those are Archaic period, Classical period, Golden Age of Athens, and last Classical Period. The Classical Period saw Greek sculpture and architecture at its height. This is the period we got most of these famous Greek statues.

To this day, Greek statutes remain to remind us of fine ancient Greek art. Greeks decided very early that the human form serves as the most important subject for an artistic showcase. They saw their gods in human form and made little distinction between sacred and secular in art. For ancient Greeks, the human body was both secular and sacred.

Here are some of their statutes that remain to this day. They show us the culture and tradition of Greece.

Dating back to 530 BC, the Peplos Kore remains an integral part of understanding ancient Greek sculpture. Kore and Kourai were simple, human-like figures who wore peaceful and transcendent smiles. They often featured accessories such as hats or vases.

Placed over tombstones during funeral rites, Greeks offered them as sacrifices during religious rituals. The decoration on the statues reflects the social standing of the individual offering the sacrifice.

Tourists nowadays can visit the National Archeological Museum in Athens or the Acropolis Museum to understand the wealth of diversity among these statutes.

The Peplos Kore is a woman who stands out for the detail and realism of the sculpture. Later research found out she is the only one with this type of dress, suggesting she may have represented a goddess.

These two ancient Athenian lovers remain the symbol of democracy and freedom. They managed to kill the Peisistratid tyrant, Hipparchus. After killing him, they got caught. Harmodius got killed on the spot, and Aristogeiton had to endure torture until he died.

After the murder, they got the nickname “killers of the tyrant”. Greeks built statutes in their honor. These statutes also show illustrative descriptions of pederasty and homosexuality. The statue refers to a relationship between an old and young man.

Ancient Gaul was a region covering parts of France, Belgium, northern Italy, Luxembourg, and many more in modern Europe. This marble statue was found in the Ludovisi sculpture collection in 1734.

It represents a wounded Galatian, accurately depicting his wounds and the pain from his dying moments.

Many view the statue as a representation of the defeat of the Celts. Men with great physique and strength, they often fought naked.

You can find many replicas of the original Greek sculpture. But the original, made of bronze, commemorates the victory of King Pergamon over the Gauls.

Arguably one of the most famous and memorable ancient Greek myths and legends. The horse debuted in the ancient tale from Homer’s Odyssey.

According to the legend, during the Trojan War, Greeks found a way how to end the long and enduring war. They hid in the belly of a wooden horse and left it at the gates of Troy. Trojans then welcomed the horse inside, thinking of it as a gift from the Gods.

Once the night came, Greeks emerged from the horse and destroyed and burned Troy to the ground. Today, some people view it as the biggest lie in ancient history. Others look at it as the greatest trick. Nevertheless, the saying remains, “Do not trust Greeks carrying gifts”.

And never take gifts from the enemy.

There are many theories about the person in this statue. Some believe that is Zeus, while others see Poseidon.

In any case, fishermen found this statue off the coast of Cape Artemisium in 1928. More than 2 meters in height, there are many debates over the subject of the sculpture. Missing thunderbolts rule out Zeus. But missing trident rules out the possibility of Poseidon.

In any case, it is a work of a great sculptor of the early Classical period. Notable for the exquisite rendering of motion and anatomy, many believe it is the work of either Myron or Onatas.

This 200 BCE marble sculpture depicting the Greek goddess, Nike, remains one of the greatest masterpieces of Hellenistic sculpture. Today, it sits at the Louvre museum.

It remains one of the most celebrated original statues in the world. Created to honor a sea battle, general Demetrius erected it following his naval victory in Cyprus.

Even today, the sculpture can rival some of the best statues. The sculpture had amazing skills in creating visual effects.

The face has an expression of mystery. Draped in cloth over the lower part of the body, the goddess remains armless due to lost or broken pieces.

Same as other famous ancient Greek statues, this one remains at the Louvre in Paris.

This impressive statue has a huge significance even today. It shows a discus thrower, an athlet in an Olympic sport. The impressive statue from the classical era depicts a man in the midst of throwing a discus.

Sadly, the original statue got lost. But there are replicas all over the world. The most beautiful one is the one in the National Roman Museum in Rome.

Myron made this statue, depicting the athlete in action. Wish his body twisted and his muscles stretched to the most extreme position, the statute shows the work and effort you need to participate in the Olympics.

It serves as a reminder of how a true athlete can master his craft and achieve the impossible, even for a fraction of a moment.

Ancient Greek sculptor Phidias made this statute in 443-437 BC. Today, it lies as the Acropolis, home of many impressive and notable ancient Greek works.

Pericles commissioned Phidias to create the Parthenon at the Acropolis alongside other works in the city. The Parthenon Frieze stands out as one of the most impressive works.

It is an ornate depiction of the Great Panathenaia, a large festival. The festival pays homage to the goddess Athena, a protector of the city of Athens. There are 115 blocks, each telling a separate story from the festival.

Simply put, it is a true narrative masterpiece carved into marble.

Laocoön and His Sons

You can see this statue now at the Vatican Museum in Rome. Some call it the Laocoon Group. Three great Greek sculptors worked on it, Agesander, Athenodoros, and Polydorus.

They came up with a life-size statue depicting the Trojan priest Lacoon and his sons. The style is one of the finest examples of Hellenistic baroque. 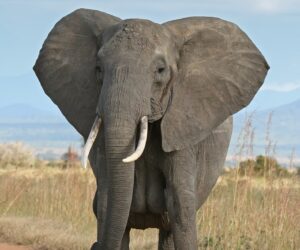 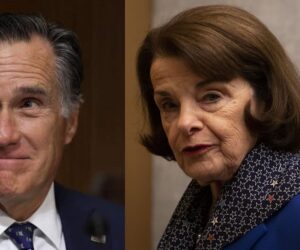 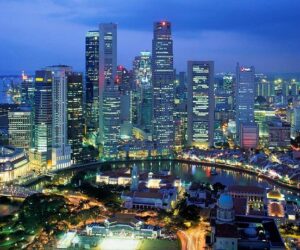