Top 10 Famous Philosophers And Their Ideas

What is the meaning of life? Why are we here? Does fate exist? What should we strive to achieve? Philosophers have tried to answer these and similar questions for centuries. Philosophy is one of the more complicated areas of study. Philosophy searches for meaning, greater understanding, and answers to questions about our existence and purpose.

When you talk about iconic and important philosophers, there are at least 20 names you have to mention. But we try to narrow the list down to 10 philosophers that changed the world. These people tried to find answers to questions about the universe itself.

Let’s try and look at some of the iconic philosophers and their ideas.

Philosophy started gaining steam during Ancient Greece. Plato is one of the most important figures of that time. The Athenian philosopher worked on his ideas during the Classical period. He is the founder of the Platonist school of thought, the first institution of higher learning in the Western world.

Many consider him the pivotal figure in the history of Ancient Greek and Western philosophy. Along with his teacher Socrates and his student Aristotle, Plato set the foundations for philosophy.

Innovator of the written dialogue and dialectic forms in philosophy, he contributed to the theory of Forms. His solution to the problem of universals comes in the form of Platonism, a theory that denies the reality of the material world. Plato and his followers consider reality only an image or copy of the real world.

According to Plato, there are at least two worlds, the apparent world of concrete objects, and the unseen world of Forms or abstract objects.

Now you can better understand the term, Platonic love.

Plato had many students and followers. But Aristotle is the most famous student of Plato. This Greek philosopher also lectured during the Classical period.

Aristotle founded the Lyceum, the Peripatetic school of philosophy, and the Aristotelian tradition. His views on physical science shaped medieval scholarship.

Today, we credit Aristotle as the earliest student of formal logic. His conception served as the dominant form of Western logic until the 19th century.

Today, we call Aristotelian logic a type of logic with a syllogism, methods of logical argument. Some would say he labeled that logic analytics.

Our third member of the Ancient Greek period is Socrates. We credit him as one of the founders of Western philosophy. Socrates is the first moral philosopher of the Western ethical tradition of thought.

His dialectic method of inquiry serves as the most important contribution to Western thought. Socratic’s method applies to the examination of key moral concepts such as Good and Justice.

Socrates says that to solve a problem, you have to break it down into a series of questions. The answers gradually distill the answers you seek.

Niccolo was an Italian Renaissance diplomat, philosopher, and writer. Many remember his titular work, The Prince. But he wrote more works.

Nowadays, people refer to Machiavelli as the father of modern political philosophy and political science. Niccolo served as a senior official in the Florentine Republic. Many people take his famous “the ends justify the means” quote at face value. But it is a deeper thought, and you have to read The Prince to fully understand it. Yet, some dictators use it as a way to justify their actions.

In his work, Machiavelli considered political battles as board games with established rules. In his experience, he found out that politics is a game about deception, treachery, and crime.

But Machiavelli also said that “a ruler who tries to establish a kingdom or a republic, and gets criticized for his deeds like violence, should get an excuse when the intention and the result bring benefits”.

Today, we use the term Machiavellian to connote political deceit, realpolitik, and deviousness. We see him as the prototype of a modern empirical scientist.

Born in 1724, Kant was a German philosopher, one of the central figures during the Enlightenment period. He contributed to metaphysics, ethics, aesthetics, and epistemology.

Kant argued that space and time are just forms of intuition. They structure all experience. Therefore, things-in-themselves exist and contribute to the experience, they are distinct from the objects of experience.

Kant put reason as the source of morality. He argues that aesthetics arise from a faculty of disinterested judgment. Even today, Kant has a major influence on contemporary philosophy, including ethics and political theory.

He believed that we can achieve perpetual peace through universal democracy and international cooperation.

His work Critique of Pure Reason remains one of the most significant works of metaphysics and epistemology.

Born in 1596, Rene was a French philosopher and scientist. He spent most of his life working in the Dutch Republic.

Most of his work stems from late Aristotelianism and the revived Stoicism of the 16th century. Descartes rejected the splitting of corporeal substance into matter and form. He also rejected any appeal to final ends, divine or natural, when trying to explain natural phenomena.

Descartes insists on the absolute freedom of God’s act of creation. Rene refused to accept the authority of previous philosophers.

We credit him as one of the fathers of modern philosophy, and one that brought attention to epistemology in the 17th century. Rene laid the foundation work for continental rationalism, one that Spinoza and Leibniz accepted years later.

Throughout his life, Descartes tried to examine the connection between the mind and the body and how these two interact.

The German philosopher, poet, writer, and composer, started his career as a classical philologist. But then he turned to philosophy.

Nietzsche is one of the more controversial philosophers of all time. And that is all because many wrongly interpreted his ideas. His writing spans philosophical polemics, cultural criticism, and fiction.

Friedrich developed influential concepts such as Übermensch and the doctrine of eternal return. But the Übermensch remains one of his most controversial works.

Following his death, his sister Elisabeth started working as the curator and editor of his manuscripts. She edited his writings to fit her German ultranationalist ideology. And as we know today, the Übermensch, or the superior man, served as the main idea behind Nazism.

Marx also wrote the 1848 pamphlet The Communist Manifesto. His theories about society, economics, and politics, served as the basis for communism and socialism. Today, we refer to his writings and understandings as Marxism.

Born in 551 BCE, Confucius was a Chinese philosopher and politician of the Spring and Autumn period. His philosophy emphasizes personal and governmental morality, social relationships, justice, kindness, sincerity, and correctness.

He authored or edited many of the Chinese classic texts, including all of the Five Classics. His principles remain to work in commonality with Chinese tradition and belief.

One of his deepest teachings came in the field of Ethics. His moral teachings emphasized self-cultivation, setting a moral example, and superiority of personal exemplification over explicit rules of behavior. Many consider his ethics as virtue ethics.

We finish off our list of philosophers with Jean-Paul Sartre, a French philosopher, and political activist. Serving as a key figure in the philosophy of existentialism and phenomenology, his work influenced critical theory, post-colonial theory, and literary studies.

He had an open relationship with prominent feminist figure and writer, Simone de Beauvoir. Together, they challenged the cultural and social assumptions and expectations of society.

According to Sartre, “humans are condemned to be free”. His theory relies upon the position that there is no creator. He believes that we have to earn the concepts of authenticity and individuality. We cannot learn them, we have to earn them. We need to experience something to wake up ourselves. 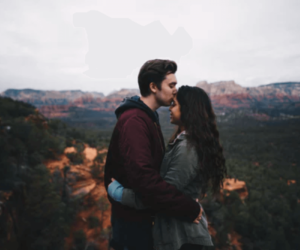 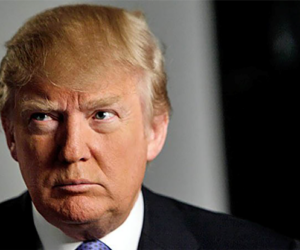