George spent his childhood in Texas. He flew warplanes in the Texas and Alabama Air National Guard. He then graduated from Yale College in 1968 and Harvard Business School in 1975. Bush worked in the oil industry, as most Texans. He got married to Laura Welch in 1977.

Upon taking office, he pushed for a $1.3 trillion tax cut program and the No Child Left Behind Act. As a president, Bush pushed for socially conservative efforts. Many will remember his presidency for his response to the 9/11 attacks, and the war on terrorism. He signed into law the controversial Patriot Act, authorizing surveillance of suspected terrorists.

Others will remember him for his funny quotes. In the past 30 years, George W. Bush had among the smallest approval ratings.

Despite that, he managed to achieve a lot. Let’s take a look at some of the accomplishments by George W. Bush.

George W. Bush had one of the most famous/infamous votings in political circles. His prescription drug plan started with a 15-minute vote on November 22, 2003, and wound up lasting about three hours.

House Majority Leader Tom DeLay offered to endorse a retiring congressman’s son for his seat in exchange for a “yes” vote.

Polls now show the program has bipartisan support. Seniors love it, but conservatives still gripe about the cost of the program.

Another major bill George W. Bush managed to push into law, Bush tried to combat the global AIDS epidemic with it. His administration passed the PEPFAR bill in 2003. This is one of the bills that gained him praise from all sides of the political spectrum.

For the first five years, the program spent more than $15 million. It got renewed in 2008. And a 2009 Stanford University study found that the program had saved millions of lives in Africa. Countries that received funding declined the AIDS rates by 10%.

At one point, it seemed like a loss is imminent in Iraq. Nowadays, we still cannot completely make an argument whether the surge in Iraq was positive or negative. The result of the decade-long war remains a mystery.

Thousands of Americans lost their lives there. And then in 2007, Bush made a politically risky and unpopular move, he asked for more troops.

He called it the Iraq Surge. In a 2010 CNN Opinion Research poll, 60% thought of it as a success. Even President Obama admitted at the tail end of his 2008 campaign that the surge worked beyond anyone’s expectations.

But Iraq never worked as a strong point of Bush. But he managed to avoid a bigger problem. In 2004, during the presidential campaign against John Kerry, polls showed that his invasion of Iraq made the world more secure against terrorism.

Bush tried to do everything in his power to win the war in Iraq. He used all assets, power, and money to capture the former Iraqi leader. And on December 13, 2003, the US administration finally pulled it off.

The US forces managed to pull him out of a rathole. After the trial, Hussein got hanged. Bush declared, “And now the former dictator of Iraq will face the justice he denied to millions. The capture of this man was crucial to the rise of a free Iraq”.

The airborne terrorist attacks on the World Trade Center and the Pentagon on September 11, 2001, left a mark on humanity. More than 3,000 Americans lost their lives. And the event transformed Bush into a wartime president.

He had many plans, but he had to put them on hold. His father, a former president himself, said that “George faced the greatest challenge of any president since Abraham Lincoln”.

In moments of great tragedy, leaders emerge. Bush’s presidency began with a huge moment of tragedy. But he managed to handle it as well as possible.

His bullhorn speech at Ground Zero three days after the event brought life back into the hearts of Americans. His address to a joint session of Congress on September 20 helped him hold the nation together.

Many experts believe that his handling of 9/11 secured him the second term. Many Americans believe his biggest success remains the fact he prevented an attack on the country for the remaining seven years of his tenure.

Following the 9/11 attacks, his approval rating increased tremendously. Bush decided to use his political capital to change the US foreign policy.

The President focused on finding and preventing weapons of mass destruction from falling into the arms of terrorist organizations.

During the early 2002 State of the Union Address, he set forth the Bush Doctrine. The Doctrine meant that the US will implement a policy of preemptive military strikes against nations known to be harboring or aiding a terrorist organization.

He called it “The Axis of Evil”, consisting of three nations posing the greatest threat to world peace, Iraq, North Korea, and Iran.

He also implemented changes in the organization of the national security institutions. Bush created the Department of Homeland Security. Under Bush, the US saw the most extensive reorganization of the Federal Government since President Truman.

Unlike previous presidents, Bush emphasized creating a personal relationship with Russian President Vladimir Putin. He believed that will ensure harmonious relations between the US and Russia.

Bush met with Putin in June 2001, after which both presidents expressed optimism regarding cooperation.

Following the 9/11 attacks, Putin allowed the US to use Russian airspace and even encouraged Central Asian states to grant basing rights to the US.

In May 2002, the two countries signed the Strategic Offensive Reduction Treaty, trying to dramatically reduce the nuclear stockpiles of both countries.

Upon taking office, he pushed for a $1.3 trillion tax cut program. He signed three major tax cuts during his first term.

Among the many accomplishments by George W Bush, we have to mention the funny side. He made Americans laugh. Bush delivered a funny quote after a funny quote. The hosts of Saturday Night Live had a lot of fun with him. Here are some of his funniest quotes. 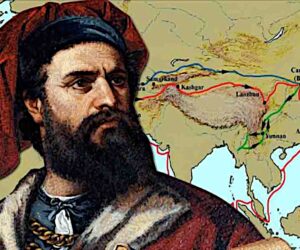