The first thing you think when you hear the name Richard Nixon is the Watergate scandal. That event marked the life and career of Richard Nixon, the 37th President of the United States. And while many might consider him a bad president because of it, Nixon achieved quite a lot before Watergate. Richard remains the only president to ever resign the office following the Watergate Scandal.

Born in January 1913, Richard is the 37th president of the United States. He served from 1969 to 1974 as a member of the Republican Party. Nixon also served as vice president from 1953 to 1961 to president Dwight D. Eisenhower.

Born into a poor family in a small town in Southern California, Richard graduated from Duke University School of Law in 1937. He returned to California to practice law. In 1942, together with his wife, Nixon moved to Washington to work for the federal government.

During World War II, Nixon served on active duty in the Navy Reserve. In 1946, he got elected to the House of Representatives, starting his upper Washington career.

Wars and conflicts marked his tenure. But he successfully ended American involvement in 1973, visited China in 1972, and supplied Israeli forces in the Yom Kippur War.

By late 1973, the Watergate scandal broke out, and the following year Nixon resigned from office. Here are the top 10 accomplishments in the life of Richard Nixon.

In 1970, Richard Nixon founded the Environmental Protection Agency as a response to the rising concern over conservation and pollution. The agency oversaw the passage of the Clean Air Act, Clean Water Act, and the Mammal Marine Protection Act.

Nowadays, the EPA functions as an independent executive agency of the United States federal government. The agency has its headquarters in Washington, with regional offices for each of the 10 regions and 27 laboratories.

More than half of her 13,000+ employers work in the field of engineering, science, and environmental protection. The other half works in the fields of legal, public affairs, information technology, and finance.

When Nixon came into the office, he put his primary focus on foreign affairs. He wanted to ease the Cold War tensions with the two other powerhouses, China and Russia.

As part of his policy, he signed the Anti-Ballistic Missile Treaty and Salt I, two landmark treaties with the Soviet Union.

He also visited Beijing and Moscow in 1972. In January 1973, he announced an accord with North Vietnam to end American involvement in Indochina.

In his domestic affairs, Richard advocated a policy of New Federalism. Under it, he wanted to shift federal powers and responsibilities to the states. But he faced a Democratic Congress that did not share the same goal. His proposed reform on federal welfare programs did not pass Congress.

Yet, Congress adopted one aspect of his proposal in the form of Supplemental Security Income. It provided aid to low-income individuals.

Nixon opened the doors for women in collegiate sports when he signed Title IX in 1972. It is a civil rights law preventing gender bias at colleges and universities receiving federal aid. Title IX completely changed the world of women’s sports.

Nowadays, it remains one of the major components of the civil rights movement. Drafted in the early 1970s with bipartisan support, Title IX is more than just sports. It is also about education and general civil rights.

Title IX prevents any educational program or activity that receives federal funding to discriminate on the basis of sex. It served as the basis of complaints against schools regarding sexual assault.

The War on Cancer is an ongoing battle. We have yet to reach the end of it. But Richard Nixon made a huge effort in ending the disease. He dedicated $100 million to begin the war on cancer. His campaign led to the creation of national cancer centers that help fight the deadly disease to this day.

At the time, Nixon said, “I hope in the years ahead we will look back on this action today as the most significant action taken during my Administration”.

The War began with the National Cancer Act of 1971. With the help of health activists and philanthropists, Nixon managed to persuade Congress to pass the act.

We can see the results. In 1971, the number of cancer survivors in the US was 3 million. As of 2007, that number has increased to more than 12 million.

Some might say Nixon was at the right place at the right time. But we cannot deny the fact that Nixon welcomed the astronauts of Apollo XI home safely following their successful moon landing. President Kennedy urged the nation on the need for an increased space program.

But Nixon delivered on the promise of putting an American on the moon.

Richard Nixon wanted to achieve “peace with honor” in the Vietnam War. He gradually reduced the number of US military personnel in Vietnam under his policy of Vietnamization. In that regard, he transferred combat roles to South Vietnamese troops, heavily dependent on American supplies and air support.

At the beginning of the 1970s, Nixon instructed his National Security Adviser Henry Kissinger to start intensive negotiations with North Vietnam. The two sides reached an agreement in October 1972. Kissinger announced, “Peace is at hand”. Yet, the South Vietnamese raised objections, and agreement quickly broke down.

They reached a new agreement in January 1973. Signed in Paris, the document included an immediate cease-fire, withdrawal of all American military personnel, release of all prisoners of war, and an international force to keep the peace.

Nixon gave Native Americans the right to tribal self-determination, the first president to do so. He ended the policy of forced assimilation and returned their sacred lands. From 1969 to 1974, the administration made important changes in the US policy towards Native Americans through legislation and executive action.

The policy resulted in the Alaska Native Claim Settlement Act.

After taking office, he pronounced the Nixon Doctrine. It is a general statement of foreign policy. Under the policy, the US would not undertake all the defense of free nations.

Rather than getting directly involved in conflicts, the US would provide military and economic aid to nations subject to insurgency or aggression. The doctrine also applied to US strategic interests.

As part of the Nixon Doctrine, the US increased arms sales to the Middle East, namely Israel, Iran, and Saudi Arabia.

Following the Watergate scandal, Nixon retired with his wife on his estate in San Clemente, California. There, he wrote RN: The Memoirs of Richard Nixon. Published in 1978, the book talks about international affairs and American foreign policy.

He published a couple of more books on the same subject. In his final years, Richard Nixon campaigned for American political support and financial aid for Russia and other former Soviet Republics.

Nixon died in April 1994. President Bill Clinton and other dignitaries praised Nixon for his diplomatic accomplishments. 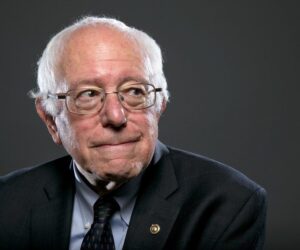