If you are the kind of person who takes care of your car or any other electronic device better than your body, then you are not alone. According to a study conducted in the US recently, weak health education, lack of awareness and unhealthy lifestyles are some of the factors that have caused a continued deterioration of health among male Americans.

It is important to regularly visit a doctor and find out how to minimize your risk or common health conditions like heart diseases, depression, respiratory diseases and cancer.

Below are the top 10 health risks for men:

Heart disease can manifest in several ways. If not detected early, then any form of heart disease can result in serious and life-threatening complications. According to the American Heart Association, at least one in three adult men have a certain kind of cardiovascular disease.

Stroke affects more than three million men. On the other hand, high blood pressure is common among men below the age of 45 – if the statistics from the American Heart Association is anything to go by. However, routine check-ups can help minimize some of these risks.

2. COPD and other Respiratory Diseases

Most respiratory diseases begin with a simple “smoker’s” cough. But this can end up as a life-threatening health condition like emphysema, COPD or lung cancer over time. According to the

American Lung Cancer Association, more men are being diagnosed with lung cancer every year. African-American men account for the highest number in comparison to other races. If you have been smoking for over 20 years or so, then it would be a good idea to undertake a low-dose CT scan to determine if you have lung cancer or not.

Statistics from the National Institute of Mental Health (NIMH) show that more than five million men suffer from depression every year. Here are some of the ways of combating depression:

How to prevent suicide

If you have a reason to believe that someone is at risk of harming themselves, here’s what to do:

This is another major health risk men face. The Centers for Disease and Prevention (CDC) says that men experience higher rates of hospitalization and alcohol-related deaths compared to women. Men are also likely to be aggressive and commit sexual offenses against women when they are drunk.

The Centers for Disease and Prevention listed unintentional injury as one of the leading causes of death in 2006. This included traumatic brain injuries, drowning and fireworks-related mishaps.

As far as road accident deaths are concerned, the number of male drivers and passengers between the ages of 15 and 19 was almost double that of women the same year. Male workers also accounted for 92% of injuries from a total figure of 5,524 occupational injuries reported.

ED does not have to be a part of growing older. As men age, they may require more stimulation (stroking, touching) in order to erect. You might need to wait longer between erections. An older man should still be able get an erection.

The liver of a man is equal to the size of a football. It is essential for digestion and absorption of nutrients. It also helps in eliminating toxic substances from the body. Liver disease manifest in the form of the following conditions:

According to the Skin Cancer Foundation, more than two-thirds of melanoma deaths in the year 2013 were men. This is twice the number of women who died from the same condition. 60 percent of all melanoma deaths were among white men aged 50 and above. Wearing long sleeves and pants, sunglasses, and sunscreens when outdoor can help protect you against skin cancer.

Pneumococcal infections and influenza are the two major health risks facing men. Men with compromised immune systems as a result of diabetes, COPD, congestive heart failure, AIDS, cancer or sickle cell anemia are at a higher risk of contracting these illnesses.

Men who suffer from HIV take long before realizing it. This is because HIV symptoms often imitate cold or flu. As of 2009, men accounted for 76% of all people suffering from HIV, according to data from CDC. 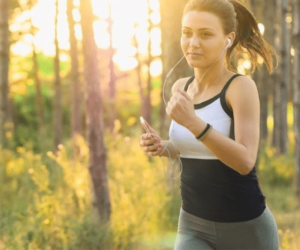 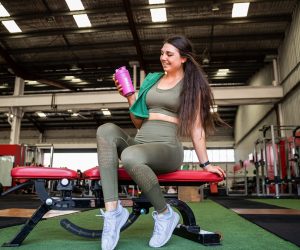