Top 10 Amber Rose Tattoos and the Meaning Behind Them

Amber Rose is an American actress and model. Born as Amber Levonchuck, she changed her name to a more easy-to-pronounce stage name. She has walked the New York Fashion Week and has appeared in many videos for popular songs. For example, she has appeared in “No Sleep, Fabolous, Massive Attack, and Vacation”.

Many fans recognize her for her big breasts. She wears a 33 C bra size. And she has even gone under the knife for breast reduction surgery. Amber reduced her breasts after she had her son and her boobs got even bigger.

Tattoos are another prominent feature of her body. She has almost 20 tattoos. Some have remained the same. And others, she has reworked and covered them with new ones. Let’s take a look at the best tattoos on Amber Rose’s body. What is the meaning behind Amber Rose tattoos? Let’s see

Location: inked on her right thumb

Meaning: This is one tattoo Amber got to cover a previous one. She previously had the word Cam written over the right thumb. But she wanted to cover the name of her ex, Cameron Thomaz, Wiz Khalifa.

The two tied the knot in 2013 and got a divorce three years later. Amber and Wiz Khalfe went through a long, drawn-out process. Both sides experienced hurt and pain during the process, and Amber then covered Wiz’s name with the word “pain”.

But it is not a perfect cove up. The bottom of the letter P looks a bit strange. But at least the message fits the situation.

Amber has covered up other names of her exes as well. We will have them down the list.

The Man with the Guitar

Location: inner side of her left forearm

Meaning: Amber has openly spoken about her love for Slash, the guitarist from Guns N’ Roses. She has added a tattoo of him playing the guitar. Fun fact: Slash also covers a previous tattoo on Amber’s body. He achieved worldwide success in the late 1980s and early 1990s. Born in 1983, Amber spent her childhood listening to his songs.

Meaning: Amber got the iconic Hollywood sign in February 2017. She used heavy black ink to draw the hills surrounding the sign. Celebrity tattoo artist Nikko Hurtado also left her skin showing through to define the letters.

Meaning: Many speculate that the lipstick represents part of a bigger picture. Amber got it in July 2015, and just a few months later, she added a pair of lips above it. It looks like the lipstick played only a part in the plan.

Here is the bigger picture of the lipstick. Amber finished the tattoo in December 2015, showing an open mouth blowing smoke and biting a cigarette. The lipstick and mouth blend together perfectly. And the same artist made them.

While she got them at different times, the two represent a combination of her attitude toward life. And that is, “I Don’t give a crap about what others think”.

Roses and the Face

Meaning: Amber loves roses, and that is one reason she adopted the name Rose for her stage name. Of course, to get rid of her original surname as well. She chose the upper right arm for the tattoo of roses with black and purple waves in the background. The waves extend in the background and cover her shoulders. Roses also reveal a woman’s face.

Meaning: the first tattoo she got at the age of 15. You have to remember, this was around the late 1990s, when everyone started getting paw prints. And Amber got it for the same reason. She said in one interview, “I was 15 and I got paw prints on my upper thigh. It was kind of a fad in Philly and all the girls had them.”

Location: the inner side of her left wrist

Meaning: Inked in 3D style, the tattoo represents the area code of her birthplace, Philadelphia, PA. The letters also cover her old Pa’Trice tattoo. Born in October 1981 in Philadelphia, Amber has Irish and Italian descent. She grew up in South Philadelphia.

There, at the age of 15, she started stripping under the pseudonym Paris. She had to work to provide for her family following the divorce of her parents.

Amber tries to show off her love for animals in every way. She owns two pugs, Black and Beige. And this tattoo represents her dogs.

Probably one of the most controversial of all Amber Rose’s tattoos is one of her recent ones, inspired by the untimely death of basketball player Kobe Bryant. According to Amber, she has no regrets about tattooing her face with the names of her children, and that they’re a reminder to live your best life because life is too short. 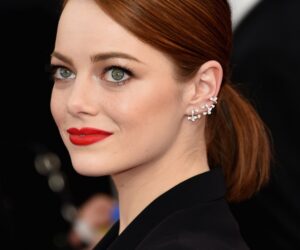 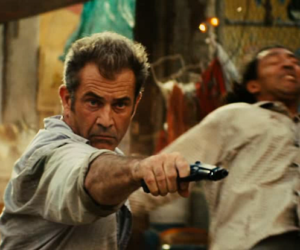 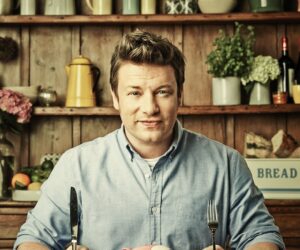