Top 10 Religious Figures And Their Impact On History

Every religion nowadays has its “founder”, or a person they believe set the foundation. And the biggest religions provide the most famous religious leaders.

Jesus Christ, Buddha, Muhammad, and many more make this list. We cannot include some “secondary” figures, because we only have space for 10. So, we decided to put the most influential figures in religion on the list. Let’s take a look.

Some know him as Zoroaster and others as Zarathustra. He lived between the 18th and 16th century BCE. The reputed founder of Zoroastrianism, he started the major religion of the Persian Empire. This empire flourished from 550 BCE to 330 BCE.

Nobody knows his birthplace. But many Arabic sources claim he got born in modern Azerbaijan. To this day, so many countries have tried to lay claim to his birthplace, that we might think he was not a single person.

Followers worshiped Ahura Mazda, the Supreme Being or God of Zoroastrianism. While the religion has gone extinct, we have to note it influenced so many ancient civilizations. Zoroastrianism influenced Classic Greek philosophy, Roman teachings, and many more.

There are still some people practicing Zoroastrianism, namely in India.

Jesus, Jesus Christ, Jesus of Nazareth, you name it. The first-century Jewish preacher and religious leader is the central figure of Christianity. If you didn’t know, Christianity is the world’s largest religion. Many Christians believe Jesus is the incarnation of God the Son, and the awaited messiah, The Christ, prophesied in the Old Testament.

All modern scholars agree that he existed historically. Yet, there are uncertainties about the historical reliability of the Gospels and how closely his portrayal in the Bible reflects the historical figure.

The stories and legends say he was arrested and tried by Jewish authorities turned over to the Roman government. Jesus got crucified on the order of Pontius Pilate.

Following his death, his followers believed he rose from the dead. His community eventually formed the early Church.

Besides Christianity, Jesus makes an appearance as a religious figure in Islam and other religions. We have to note, Muslims do not believe he was the son of God. The Quran states Jesus never claimed divinity. Muslims believe God raised him into Heaven while alive, and do not believe he was killed or crucified.

Judaism, for example, rejects the belief Jesus was the awaited messiah.

Considered the founder of Jainism, helped ford the gap between an endless cycle of rebirths and deaths. According to legends, he lived 8.4 million years ago.

He is the first of 24 teachers of Jain’s cosmology, and one of the four Rithankaras receiving worship in Jainism.

Today, this religion remains a popular one in India.

You can find him as Muhammad or Mohammad. He is the founder of Islam, one of the world’s great religions started by a man who claimed to have continual revelations from God. Muhammad recited his revelations from God to his followers, and they then recorded them in the Qur’an. It is the most sacred book of Islam.

Muhammad was an Arab religious, social, and political leader. He was a prophet, sent to preach and confirm the monotheistic teachings of Adam, Abraham, Moses, Jesus, and other prophets. He united Arabia into a single Muslim policy.

In the beginning, he had only a few followers. They experienced hostility from Meccan polytheists. To escape persecution, he migrated from Mecca to Medina with his followers. We call this event Hira today and it marks the beginning of the Islamic Calendar.

While in Medina, Muhammad united the tribes under the Constitution of Medina. In December 629, he gathered an army of 10,000 Muslim converts and marched on Mecca. He seized the city with little bloodshed. In 632, he fell ill and dead, and by the time of his death, he managed to convert most of the Arabian Peninsula to Islam.

Maimonides is one of the greatest Jewish scholars. Born somewhere between 1135 and 1138, he wrote the 14-volume Mishneh Torah, a code of Jewish religious law. He completed it by 1180.

This book still carries a lot of weight in contemporary Jewish religions. Yet, through the ages, many scholars have criticized it.

He died in 1204. His body remains in Fustat, a city now ruined and part of Cairo.

Founder of Buddhism, Gautama Buddha was a philosopher, meditator, spiritual teacher, and religious leader. He lived in Nepal and India. Recognized by most Buddhist schools as the Enlightened One, they believe he transcended Karma and escaped the cycle of birth and rebirth.

Buddha taught for 45 years and managed to build a large following. He had both monastic and lay following. He taught on his insight into dukkha (translated to suffering) and the end of dukkha, the state we know as Nirvana.

Born into an aristocratic family, he eventually renounced that life. After several years of meditation, he awoke to understand the mechanism which keeps people trapped in the cycle of rebirth.

He then traveled through the land teaching his religious findings.

Born in 1182 in Italy, he was a Catholic friar and preacher. He grew into one of the most important religious leaders in the Middle Ages. Canonized by Pope Gregory IX in 1228, St. Francis remains the patron saint of Italy.

He set out to imitate Christ and carry out his work. He, along with his followers, celebrated and venerated poverty. Francis believed nature to represent a mirror of God and called all creatures his brothers.

His legacy lives on, as he visited Egypt and attempted rapprochement with the Muslim world. Franciscans were the only Catholics to stay in the Holy Land after the fall of the Crusader Kingdom.

In 1220, he celebrated Christmas by setting up the first known Nativity scene.

A proponent of religious science, or the science of the mind, Holmes wrote many books on metaphysics. We have to mention his most influential work, The Science of the Mind. He also founded a magazine by that name in 1927.

He grew up on a farm, and all the time he asked himself, “What is God”, “Who am I”, and similar questions. He moved to Los Angeles in 1914 and started speaking to large audiences.

In 1954, he established the Church of Religious Science.

As a Chinese philosopher and politician of the Spring and Autumn period, many consider him the most important and influential individual in human history. His teachings and philosophy formed the basis of Asian culture and society. And they remain influential to this day.

His philosophy emphasized personal and governmental morality, the correctness of social relationships, kindness, sincerity, and justice.

For his followers, everyday life is the arena of religion. He authored or edited all of the Five Classics.

His principles are deeply engraved into Chinese tradition and belief. To this day, many repeat his most famous principle, “Do not do unto others what do not want to be done to yourself”. Or, as we call it, the Golden Rule.

A German monk, Martin Luther challenged the authority of the Roman Catholic Church in the 16th century. He was a key proponent of the Protestant Reformation, he decried papal authority.

Luther wrote about many grievances in his polemic The Ninety-Five Theses. Published in 1517, this book remains a controversial subject to this day.

In the following years, he wrote many other works espousing a Protestant interpretation of the Holy Bible. 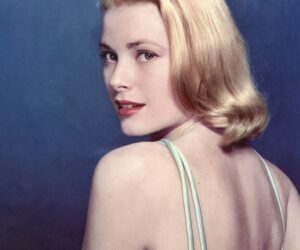 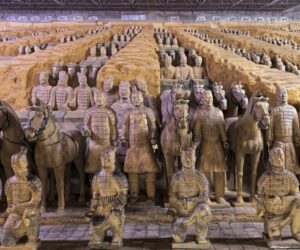 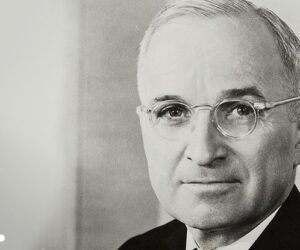