Ah, American vehicles! Home to the best muscle cars and pickup trucks. Even though America has not invented the automobile, they still paved the way for some of the most famous cars the world knows today. America, by statistics, is also one of the largest markets for cars in the entire world. By 1904, the US was leading car sales and production. Americans love cars.

With that being said, let’s have a look at the top 10 greatest American cars of all time. Born and built in the United States are some legendary cars. From Ford’s Model T’s preliminary inline-4 engine all the way to the Ford Mustang’s Ecoboost engine, we have come a long way. Note that this list is not in any definitive order and every car mentioned has its legacy.

Starting off with the oldest car on the list, the Model T was produced way back in 1908 to 1927. The founder of Ford, Henry Ford, himself overlooked the production. He wanted to bring a car to consumers that was cheap, reliable and efficient; so that every middle-class American could afford one.

It was the first true “affordable and economical car”. It changed America and allowed widespread access to vehicles. It was also affordable at $825, with prices falling even more. Over 15 million were made and remains the one true car that modernized America.

The Duesenberg Model SJ was one of the first American “supercars”. The SJ was the successor to the Model J. Introduced in May of 1932, the SJ had a supercharger that delivered a howling 320 horsepower, which is still an impressive figure to this date.

It could go 104 MPH in the second gear alone and could go 140 MPH at its highest. It also looked pretty royal and was the one that defined your social status pretty solidly. The reason you don’t hear about Duesenberg is that they went defunct in 1937.

The Willys MB is an iconic WWII car that was produced from 1941 till 1945. Colloquially known as the “Jeep”, these were off-road light military vehicles that soldiers all around the US used during World War II.

It was used as the primary transport of the US military. Dwight D. Eisenhower, the then Allied Supreme Commander and later President of America, called it one of three decisive weapons used to win the war.

Around 650,000 units were built and paved the way for capable, rugged off-roading vehicles of the future. Also, it was the first mass-produced 4WD car.

The Oldsmobile 88 was produced in 1949 and continued for five decades till 1999. It used an advanced overhead-valve V8 that was one of the best engines of its time, producing 138 horsepower. Because of this, it was the fastest American sedan, hence the nickname “Rocket 88”. It was also America’s first muscle car and where America’s love for muscle cars began. Ike Turner also famously made a song called “Rocket 88” about the car.

Here comes a car that we are more familiar with. The Corvette might be your dream car now, but it first was introduced way back in 1953. There have been eight generations. The C2 Stingrays were extremely popular, being a car that both looked good and produced enough power.

Another super popular and legendary car, the Mustang has been the heart of American muscle cars over the years. First introduced way back in 1964, the Mustangs became an instant hit. It also introduced the “pony car” segment. The stylish coupe with the long hood and powerful engine became a hit among younger people. More than 10 million Mustangs have been made to date. The 1965 Mustang was probably the most famous model. Ford’s muscle car remains extremely popular to this very day.

The legendary Ford GT was first introduced to the world in 1966 as the Ford GT40 Mk II. Designed by Carrol Shelby and overlooked by Henry Ford II, the GT40 had only one purpose – defeat Ferrari. The GT40 became the first-ever American car to win the 24-hours of Le Mans in 1966, with all the top 3 places being GT40s. Then again, it was produced for the 2005 model year. The second generation was available as the 2017 model year. They are a prized possession of America.

The AMC Eagle was a four-wheel-drive car introduced in 1980. It was available in different body styles, but it was one of the world’s first crossovers and sold over 180,00 units. Also, they were the only four-wheel-drive passenger cars in the US during their time. It was more affordable and you could take your whole family in it. They might not have been hugely popular, but they did pave the way for comfortable and bigger passenger cars of the future.

First introduced in 1952, the Eldorado set the benchmark for luxury cars in the US. It continued its production all the way till 2002. It spanned over twelve generations. Being the flagship car of the luxury brand Cadillac, the Eldorado was the vehicle that helped associate Cadillac’s name with luxury.

It was also a very popular car among rock and roll fanatics. With an iconic design featuring a long hood and long rear end, the Eldorado was also a very comfortable ride and had lots of luxury features. It paved the way for modern luxury sedans.

Here is a car you did not expect to find on the list yet here it is. Compared to all the other cars, the Tesla Model S is worlds apart.

A modern car introduced just recently in 2012, the Tesla sedan has already become a super popular car among enthusiasts. Unlike all the other cars, it’s fully electric. The Model S was truly the one car that revolutionized the industry and forced automakers to think about the future.

An onslaught of new electric cars began and Tesla was at the forefront. Being stylish and super quick, it was the first electric car to top the monthly new-car sales ranking of any country in 2013. It’s also the fastest American sedan ever made, and Elon Musk is not stopping any time soon. 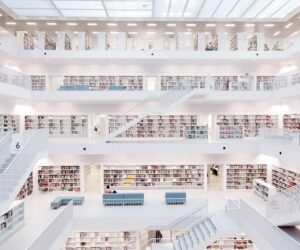 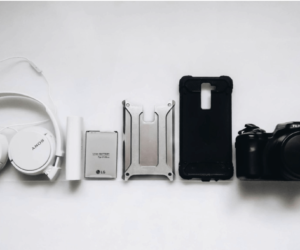