But for tobacco, an e-cig would have never been invented

When talking about the history of a vape pen, we should start with the history of tobacco, which later led to the emergence of electronic cigarettes.

Tobacco products were widespread in America, even far before their discovery by Europeans. Local tribes used them to practice various religious cults. Later, with the discovery of America, Christopher Columbus returned from America with a cart full of various gifts from the inhabitants, and the twisted tobacco leaves were among them. The Spaniards called them “cigars”. Rodrigo de Jerez, who was a sailor on an expedition led by Columbus, was the first smoker in Europe. Having been noticed smoking by his neighbors, Rodrigo was imprisoned for 7 years for smoking, given that the Spaniards seemed to be a clear sign of the devil’s obsession. The length of imprisonment lasted until tobacco smoking became widespread throughout Spain.

Since then, tobacco smoking has taken over the continent. King James I of England, who called cigars the invention of Satan, later nationalized the lucrative tobacco industry himself. For some time, tobacco was even praised by doctors, saying that it could cure certain diseases. However, even them people understood that tobacco is addictive. At the end of the first half of the XIX century, they were selling hand-rolled cigarettes, and later cigarette-making machines appeared. Despite tobacco bans in some countries, the habit of smoking has spread uncontrollably around the world.

Until 1929, the issue of harm to health had not been raised to a serious scientific level, until Fritz Lickint published the world’s first report on the association of smoking with lung cancer. Since then, the health authorities have started to fight against tobacco tycoons. In about 2000, the medical point of view got backed by various restrictions by the state against tobacco manufacturers, but still, the industry is alive and profitable.

So in the vortex of this fight against the tobacco industry, in 2003, a former pharmacist, Chinese engineer Hon Lik, created a device that he thought would help people quit smoking. And in 2005 the first patent for an electronic cigarette appeared. However, the e-cigarette in the form in which we have it now comes on the market in 2009. The heart of this device is a battery that transmits electricity to the heating element (a coil, the spiral into which electricity enters due to the Joule effect is converted into thermal energy), which in turn leads to the conversion of liquid into vapor inhaled by the consumer.

Today there exist various types of vaping devices, including a pod, a mod, and a desktop vaporizer, but initially, the e-cigarette market was represented by the so-called “cig-a-likes”. They were disposable, respectively pre-filled with a refill containing a small amount of nicotine, which is not very well transferred to the consumer.

Later, vape pens appeared. Their main advantage was that they could be used repeatedly, which saved the consumer’s money. Buying some extra e-liquid was only required from the consumer. Also, these devices were much more powerful, and therefore they coped better with the task of evaporating the substance. The next step in the evolution of e-cigarettes was rechargeable batteries, which made the issue of saving e-cigarettes relatively traditional, not debatable in favor of e-cigarettes.

The development of e-cigarettes has been accompanied by countless lawsuits and attempts to both limit their production and align them in the legal field to similar rules and regulations that apply to traditional cigarettes.

We should also mention the vape device, which, in addition to competition with cigarettes, has given a serious challenge to hookah manufacturers. We are talking now about a desktop vaporizer. This device can also be called a tabletop vaporizer, because it is not portable, but intended for home use. It is comparatively much more portable than a hookah. In addition, thanks to modern technology, it can make the smoking process more controlled.

There are many other types of vaping devices, but the information stated before is enough to get acquainted with the general picture of the vape industry.

In parallel with scientific research on the harmfulness of vaping, there were qualitative scientific studies on its possible effectiveness as a means to quit smoking.

Despite a large number of bans and restrictions that have arisen in different countries, vaping has survived even till 2021. For some, this is strange, because there are scientific studies proving that often vaping can be more harmful to human health than traditional cigarettes, often vape products are not certified, are those that have not passed the proper amount of research before appearing on the shelves, etc.

This state of affairs is due to the fact that, unlike traditional cigarettes, vaping devices are variable rather than one-type. Whenever there is a rule that prohibits vaping for a number of reasons, manufacturers have the ability to eliminate these reasons and launch another product, the impact of which on health has not yet been fully studied, and therefore this product is positioned by default as not harmful.

Why are bans for the vape industry useful?

From the consumer’s point of view of the vape industry, this kind of manipulation may seem like pure speculation and fraud. However, if you look at the situation more globally and without prejudice, you can see that this kind of game with litigation bans, etc. has led to the evolution of vaping devices and not just evolution itself but evolution in favor of the consumer.

During this kind of evolution, vaping devices have been able to combine different types of liquids, which over time may become harmless. E-cigarette owners now have the ability to track and regulate the use of the device via a smartphone. Developments of modern batteries allow you to enjoy the process of inhaling steam for longer without additional recharging.

So this kind of pressure on the vape industry, on a daily basis, makes it less harmful and inclines to the fact that over time it might become useful.

For example, in 2010 in the United States, the American Medical Association called on the FDA to recognize vaping as a method of drug delivery, because for some patients inhaling drugs through steam is the only safe way to take them. As of today, vape has developed significantly and has become a serious subject of interest for physicians. Therefore, it is no longer perceived unambiguously as something negative, but rather as a tool that, having undergone minor modifications, can become useful for humanity.

So, vaping today teaches a lesson to society. This lesson is that thanks to an active public and scientific position. A device that was considered to be harmful to health, can become a device that improves human health. This lesson encourages citizens not to be indifferent to the commercial sphere, to test the words of marketing managers, and ultimately to find a better future for humanity. 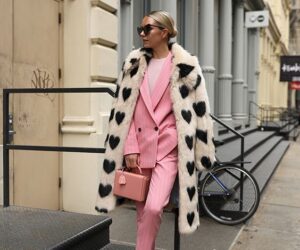 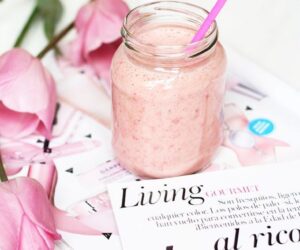 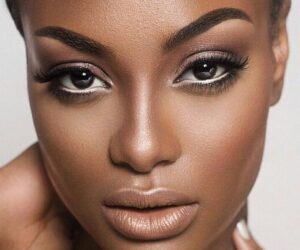