You must have, at some point in your life, heard of the miraculous benefits of crystals. Some people claim that they carry the energy of nature and have healing powers but have you ever wondered if it is true and why so many people are obsessed with crystals? If that is the case, then you have found yourself coming to the right article.

Here we will be talking all about the healing power and energy of crystals and what significance they carry in the individuals’ life. So if that is something you want to know more about, continue reading.

You may be surprised to know this, but in today’s world, there are over millions of different types of crystals, each with its unique meaning and symbolism. However, the question that needs to be answered is how did humanity discover crystals and how were they popularized?

To answer this question it must be mentioned that a rather intriguing trend has emerged over the past few years: more and more men and women are opening up about their use of crystal therapy in their daily lives. If this group is to be believed, crystals are an age-old therapeutic technique with magical healing energies and abilities, according to spiritual gurus.

For instance, it is said that white Selenite can remove all sorts of negative energy from your life and make room for creativity and productivity. Do you need to ward off evil spirits? Wear a pendant necklace made of black tourmaline or place it next to your genitalia to reduce stress and pray the negative karma away.

It’s exhausting trying to keep them all straight since there are so many distinct crystals, each with unique therapeutic properties, but one thing that is common in all crystals is their power and ability to shift energy levels in your environment.

Now, although the art and meaning behind crystals are different for everyone, many people who are new to all this pose the question; when did humanity start to give significant importance to crystals, and how are they able to work when everyone’s life and destiny are different?

Simply put, we do not know why crystals are now back in vogue among celebrities and the younger, more curious generations, but it surely fits with the alluring hold of the paranormal. For instance, palm or crystal ball readings in astrology and tarot. Since fortune-telling practices and art as well as star sign readings have been a staple of most publications and newspapers for the past 50 years, astrology has become a popular and laid-back hobby for many.

However, in the past five years, it has undoubtedly grown to be a big industry. Now, although astrology is a great example when comparing the growth of crystals, it must be mentioned that people who are into astrology may not be into crystals and vice versa.

The physical presence of crystals

This fascination with the supernatural gives rise to the belief in crystal healing. However, crystals are more palpable than the stars, in contrast to astrology. A sort of interplay between learning and experiencing occurs when you can readily view, hold, and feel the different types of surfaces and natural shimmers of the crystal. Searches for “crystal healing” on Google have increased by more than 42% during the last five years, which is quite fascinating in itself.

Many people out there believe that a rise in materialism might be attributed to a significant portion of this, but it is still a fascinating thought that needs to be considered when talking about the popularity and growth of Zen & Stone. There is no doubt that some people regard crystals as being the god of nature hood. Why, you may ask?

Well, is it because they think that since crystals are formed in the depths of the world, the powers and energy given to them come from the world itself without any human input? Now that you have understood the concept of crystals, let us take a look at several different types of crystals that are popular and what sort of meaning they hold.

When talking about crystals, rose quartz is no unknown. The majority of people use rose quartz first before dwelling into other types of crystals when they first get into crystals therapy. You may be asking yourself the question; what sort of powers does rose quartz possess? Well, the answer to that is quite a simple one. You can use this pinkish gemstone to attract romantic partnerships and fresh beginnings.

Moreover, if you’re already caught in an emotional whirlwind, the rose quartz promotes compromise and compassion for you and your significant other. Not just that, but another fascinating advantage of rose quartz is that it is claimed to promote inner serenity and complete tranquility around your surroundings regardless of your relationship state.

The next type of crystal that we have is called Amethyst. This gem is among the most well-liked for a reason. The gorgeous and adaptable purple-hued stone is said to have abilities that vary from calming anxiety to ensuring a restful night’s sleep, regardless of how a person feels internally.

Amethyst is well known to promote mental and emotional calmness because it acts to open the crown chakra, which is situated at the top of your head and is associated with the mind. Furthermore, it has special pain-relieving, intuition-enhancing, and headache as well as intense migraine-alleviating effects. Many people think that keeping an amethyst geode near their bed can help them sleep better and relax their minds from thoughts and anxieties about the earth.

The third type of crystal is called the citrine, which, again, holds great power and radiates useful energy your way. Citrine, a vividly yellow quartz variation, is said to benefit individuals who feel trapped.

We recommend placing a citrine on your abdomen or specific chakra location while you are either sleeping or in a state of dormancy for a quick boost of confidence and self-awareness. According to stories and popular myths, the crystal will release the congealed energy within and restore positive vibrations all around your body.

That is it, folks! We have come to the end of this article. Hopefully, now you have a better idea of what crystals are and why they are so popular, as well as the different types of crystals out there. 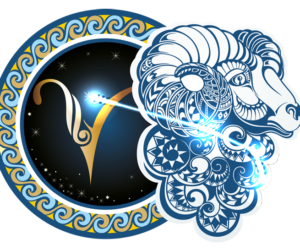 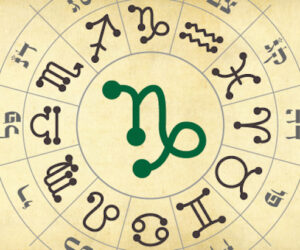 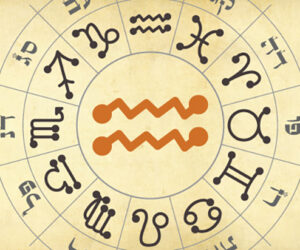