Whole milk refers to cow’s milk that contains at least 3.25% fat. Some recipes call for whole milk. Others call for lower-fat milk. It depends on the thickness of the mixture that you want to achieve. But the good news is that even without whole milk, you can use alternatives. What are some of the best substitutes for whole milk?

When the recipe doesn’t call specifically for whole milk, you can always use 2% fat milk. This will reduce the fat and cholesterol in your dish.

There are both milk and non-dairy substitutes for whole milk. In the regular milk options, you can try low-fat milk, half and half, heavy cream, or something else.

What difference does the milk make?

Before we get to the substitutes of whole milk, we have to answer one important question. What difference does using a milk substitute make? Can you get the same taste and flavor?

Most milk products have their natural fats removed and then replaced. That way, they can achieve fats of 1%, 2%, or 3.25% (this is whole milk). Half and half comes with fat at around 10%, while heavy cream contains up to 35% fat.

For better or worse, more fat equals more flavor. So, depending on the flavor you want to achieve, you can use different substitutes. But all of these alternatives work for cakes, sauces, puddings, and anything in between. Let’s take a look.

When you substitute 1% milk for whole milk, use the same amount. And then add a teaspoon of melted cooled butter per cup of 1% milk. This way, you can achieve almost the same flavor and texture.

Substitute it directly for whole milk in just about any cooking or baking recipe. You will get almost the same results. 2% milk is an easy and all-purpose ingredient.

The good news first. You can use half and half as a direct substitute to whole milk in almost any recipe. But remember, it has a higher fat content at around 10%. The extra fat will add richness, but the texture will not change too much.

If you want to avoid the extra fat, you can try this trick. Thin it out by mixing three parts of half and half to one part water.

Half and half works great in gravy, soups, and sauces because of the higher fat content.

If you want an alternative full of flavor, go with heavy cream. It has among the highest fat content amounts among the whole milk substitutes. Heavy cream delivers thick consistency and a rich, velvety mouthfeel. When you add it to cream soups, you get better texture and flavor.

You can also whip heavy cream with sugar to make a delicious topping for fresh fruit or ice cream. You can also turn it into a frosting by combining it with a stabilizer.

Expect it to alter your recipe. After all, heavy cream has a 36% fat amount.

Powdered or dry milk has a long shelf life. That is one of the biggest advantages. Think of it as dry solids that remain after removing all the moisture from milk.

You can use it to add creaminess to savory soups and sauces. As a whole milk substitute, it works great in smoothies and milkshakes. Fun fact: powdered milk can boost up the protein content of smoothies. And you can also make a hot cocoa mix with powdered milk.

In baking, it is super easy to use powdered milk. Follow the package instructions to reconstitute it and make the amount necessary for your recipe. Just check the fat content of the powdered milk you want to use.

Sour cream or full-fat yogurt can also work as a substitute in baking for whole milk. But use it for quick breads and pan sauces. Yogurt will add creaminess to your recipes.

Sour cream, on the other hand, works best in recipes that call for buttermilk. You can use vanilla-flavored yogurt in quick breads and cakes. The extra protein and sugars will deliver deeper browning in your baked goods.

Sour cream has the same richness as heavy cream. But the difference is in the flavor. Keep that in mind when you use it. Sour cream has a fat content of around 20%. To get sour cream, manufacturers treat it with lactic acid to thicken it and get the sour flavor.

We mentioned at the beginning that you can easily substitute whole milk with non-dairy options. One of the most common non-dairy milk? Soy milk, of course.

Many consider it the best alternative to whole milk in cooking. Soy milk contains a high amount of protein and delivers the same flavor as regular milk.

Coconut milk works wonderfully in smoothies, soups, and hot cereal. You can also use coconut milk for a basic white sauce. Similar to soy milk, it contains a higher amount of protein.

In the past few years, almond milk rose in the ranks in vegan and non-dairy recipes. You get the same texture as with whole milk, minus the dairy. Just make sure that the almond flavor is something you want in the end result.

As with other non-dairy options, almond milk can alter the taste of the recipe. 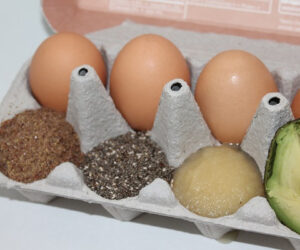 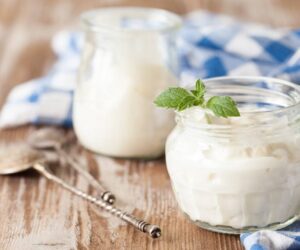 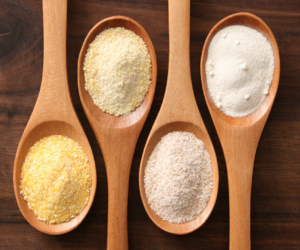