When the weather is getting colder and the leaves are falling from hedges and trees is completely clear that winter is almost here. This is one of the most wonderful seasons of the year and it’s really amazing how the whole nature is changing.

Sometimes, you probably ask yourself how do animals spend the winter?! One thing is clear, winter is tough for wildlife because food is in short supply and the days are shorter. But, this season is perfect for taking pictures of wild animals.

That’s why we’ve made this amazing picture collection from winter wildlife. All pictures are fascinating and impressive because winter light offers photographers and nature-lovers fantastic opportunities to take memorable shots. Enjoy the view! 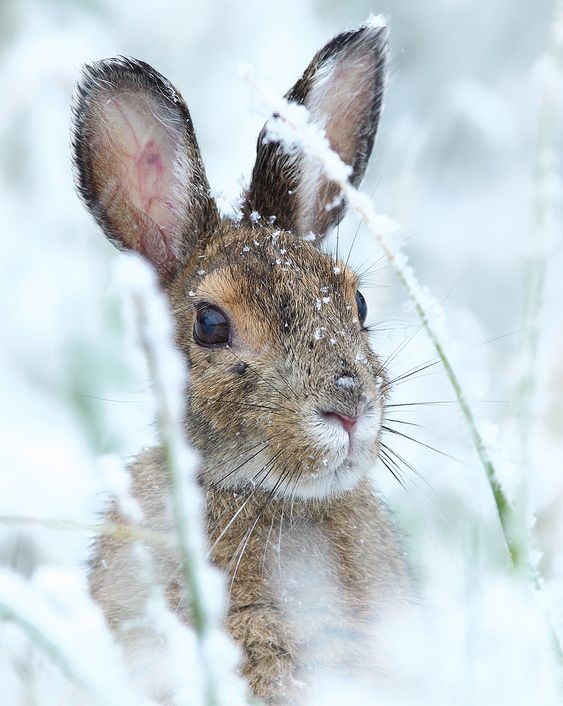 Aren’t these the cutest things ever? It is nice to see rabbits in their natural environment and not in cages for us to marvel at. Beautiful pictures were taken which must have required a lot of dexterity from the photographer as these little things in the wild aren’t known from their photogenic self. More the jumping away as far as possible sort. All credit due to the artist. 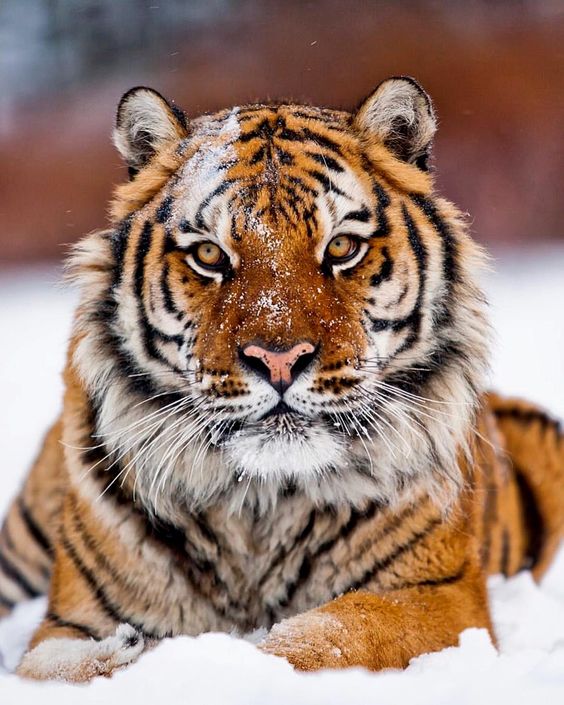 The tiger is the largest of the species and most famous for its orange and dark vertical stripes of fur down its body. Almost pure muscle, the tiger loves a good feed on wild boar or wild deers. And, it seems a good job that he did not look particularly hungry when the picture was taken. Remarkable to have gotten this close to getting an almost perfect shot of the animal. These things can run up to 65km an hour, so once again good job nothing was bothering him at the time of the shoot. Exemplary king of cats. 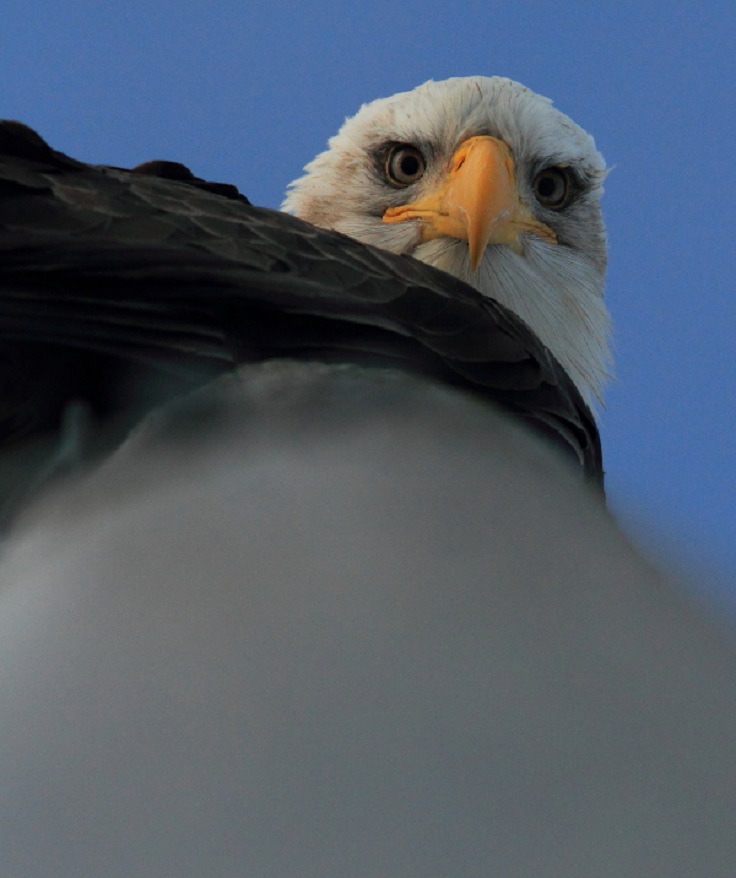 The bald eagle hails from the likes of Canada, Alaska, and of course, North America. The bald eagle is now protected by three different protection acts, as it has unfortunately been hunted down as pets. Yes, some people have nothing better to do and no taste. Now the population is stabilizing and increasing somewhat which is great news. It is to ensure that more of us have the photo opportunity we’d love to get. Superb animal. It has been the national emblem to the United States of America since 1782.

Leopard in The Snow 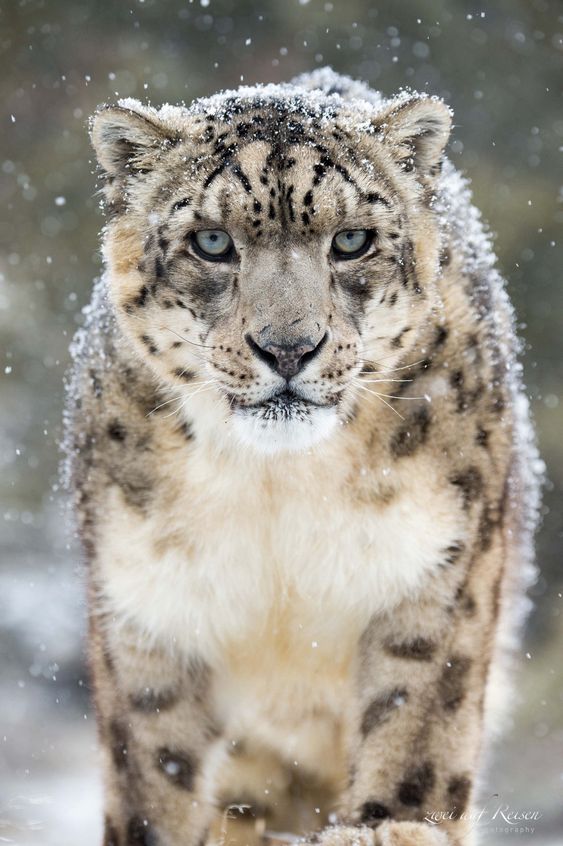 This large cat is native to the mountain ranges of Central and South Asia. The global population is estimated that only 10,000 are remaining in the wild, and this figure is decreasing as we speak. Another endangered animal that we have pushed towards instigation. And still carrying on doing so. One day we will learn, but perhaps with older photographs of this marvelous animal dating back and remembered for its wild beauty. Good job to the photographer. Might never have this very same opportunity again. 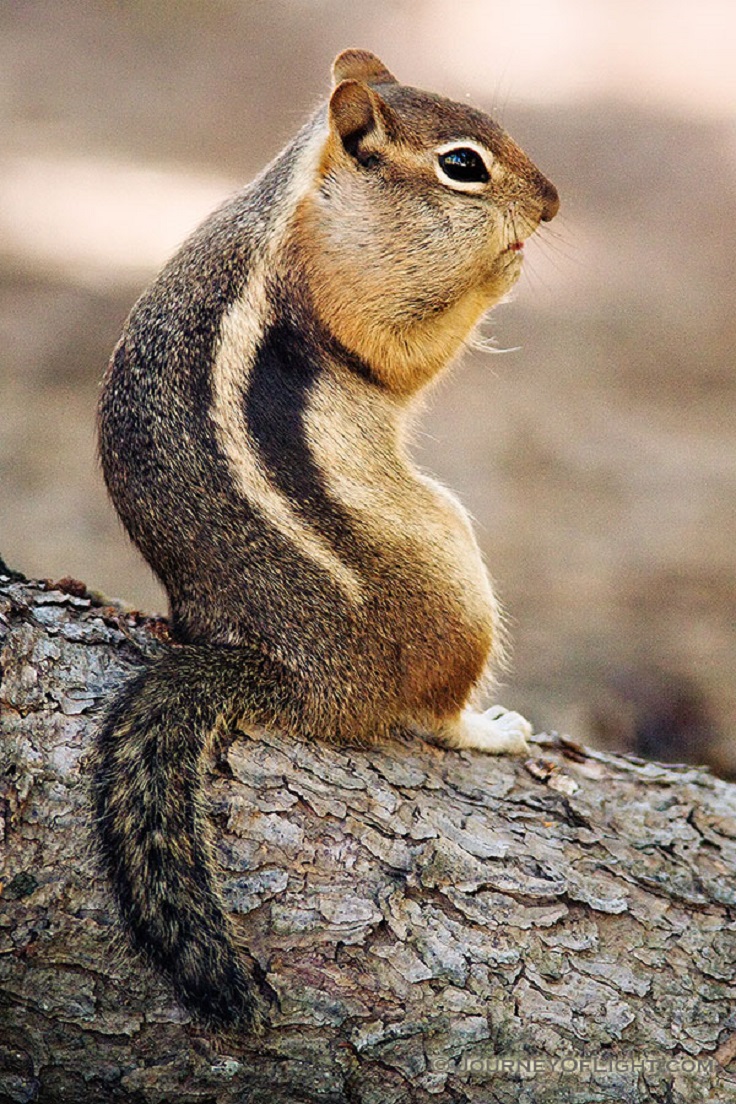 These tiny, super cute, acorn-eating creatures are from the squirrel family and are usually seen in the likes of Colorado, Utah, Arizona, and New Mexico in the United States. They are small rodents and easily identifiable due to their stripes over their faces and under the eyes. They are orange and yellowish-brown on the side, a cinnamon head and their belly are usually white in color.

Bird in a Snowy Atmosphere 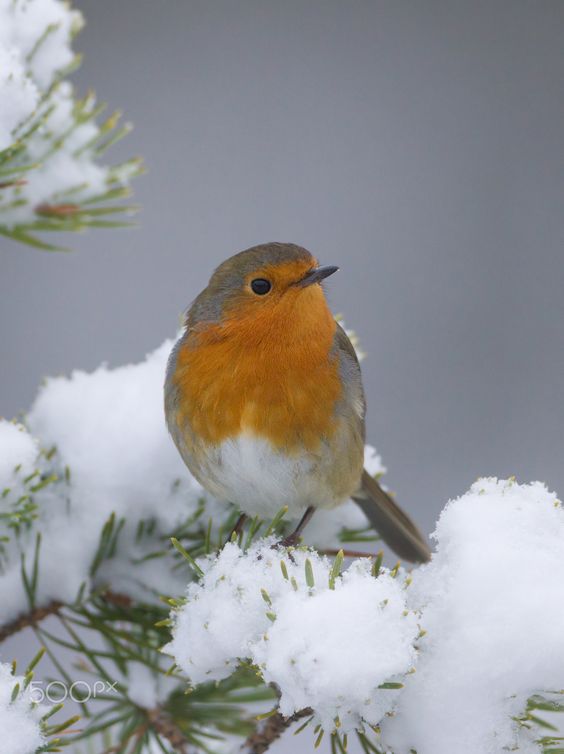 Birds are all around us pretty much in 80% of livable conditions ranging from sub-freezing temperatures to Sahara hot. Yet, we do not pay enough attention to them. These animals date back to prehistoric times. They range from super tiny hummingbirds that are the size of a bee to the super large, the ostrich. Although rewinding a thousand years ago, the elephant bird measured a super impressive 3 meters and weighed up to 500 kilograms. Would not want this one above us while digesting their meal. A beautiful picture was taken in its wild environment, peacefully so. 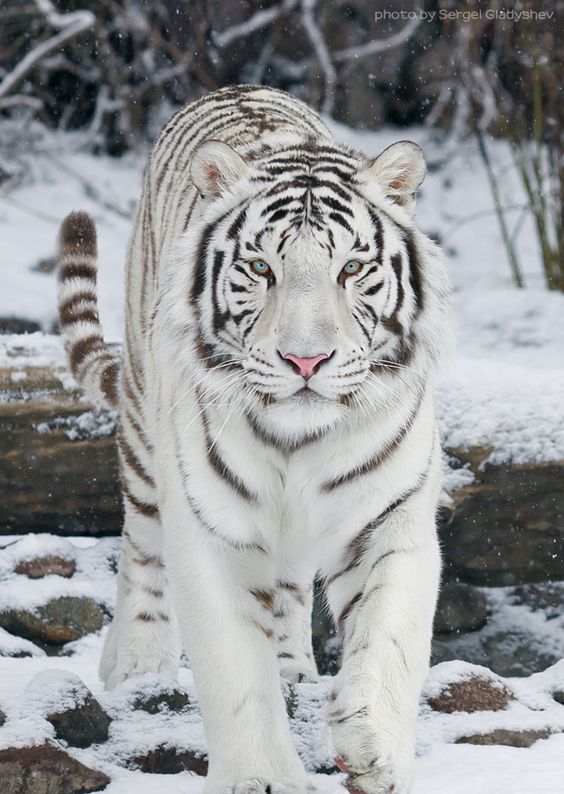 Bengal tigers are well known to be the most dangerous of the species but one can argue that the most beautiful, inspiring, and unfortunately, yet again, super rare is the snow tiger, and once again a variant to the Bengal tiger. One in every 10,000 tigers is born with this rare genetic mutation of the white, bleached fur. This photograph is possibly one of the most beautiful and perhaps this could be the top 10 most beautiful animals in the world. And once again sadly so, it is reported that only 200 are left on the planet according to the Indian Tiger Welfare Society. And since the births are super rare, well, you know the rest.

Wolf Jumping in the Snow 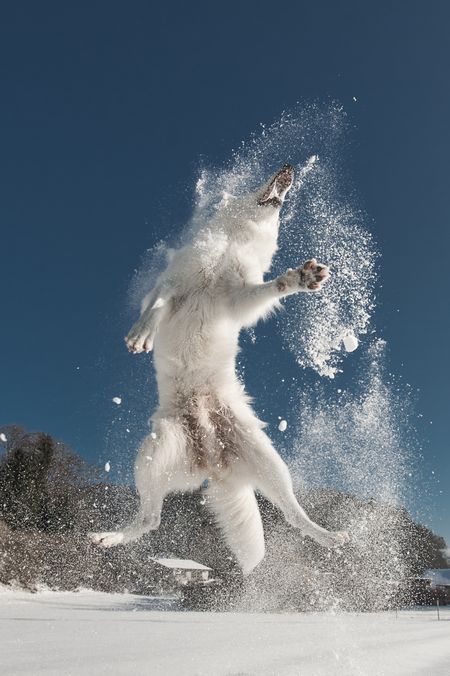 We aren’t exactly certain how long this took the photographer to take this picture. But amazingly so, this shot did really happen. We are certain this was not an overnight occurrence; so all due credit to the one that clicked the shutter. The wolf is a large canine native to Eurasia and North America. There are around 30 subspecies and are usually all living in pacts. An astonishing photograph of this wild animal and not for the faint-hearted of amateur artists. 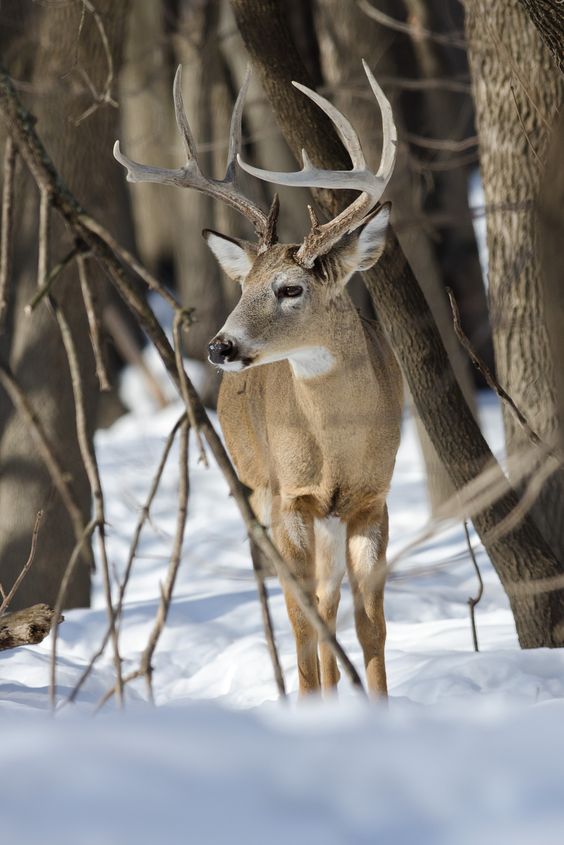 Deers are incredible animals. They own red fur which helps them keep cool during the hot period, and once winter approaches, all their hair is shed off, and they grow a winter coat. Literally, keeping them warm when temperatures are sub-freezing. They can withstand temperatures of minus 30 degrees celsius. This photograph is terrific, and more so knowing that even the faintest of breathing sound the deer would have been scared off. 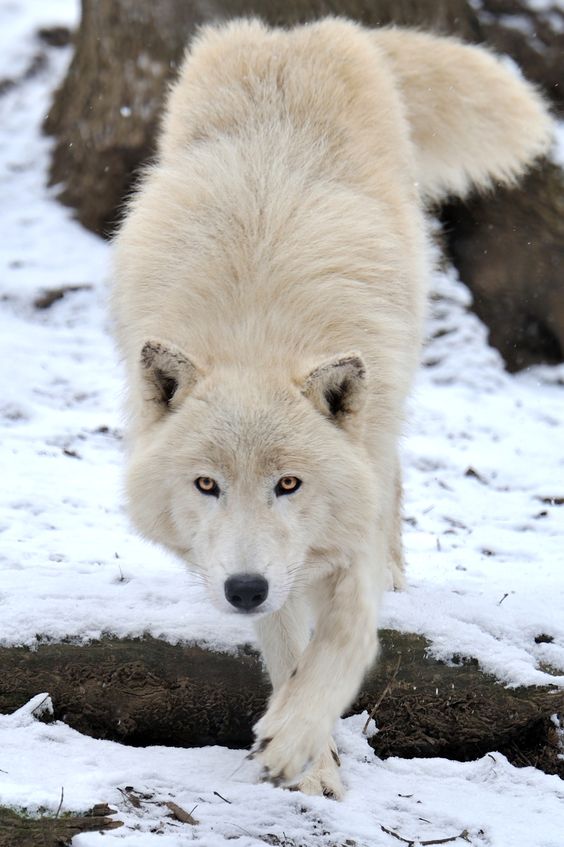 The arctic wolf or the better known Polar wolf is a subspecies of the grey wolf native to Queen Elizabeth’s Canadian island from Melville Island to Ellesmere Island. In the 30s, the white wolf was declared instinct but a few were found to date. Let’s just hope that we can do our part to save these beautiful animals, although the red wolf is the most instinctual. We cannot talk about simply the beautiful pictures of animals in winter without also giving them credit for their speedy rarity. Thank you to the photographs all over the world reminding us of the beauty of the wolf, and so many others on the verge of extinction. 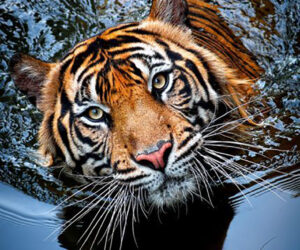 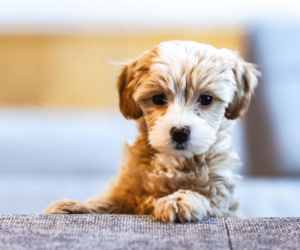 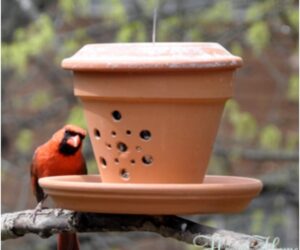