Storybooks are wonderful places, different worlds that make part of everyone’s childhood. But as adults, we have the possibility to explore, investigate and try to find them here, on Earth. Maybe it’s hard to believe they can exist in real life but they do. Wake up your adventurous spirit and go seek your own fairyland.

Unique, unusual, amazing – these TOP 10 magical places will make you wonder at every step you make around them. Dreamlands… 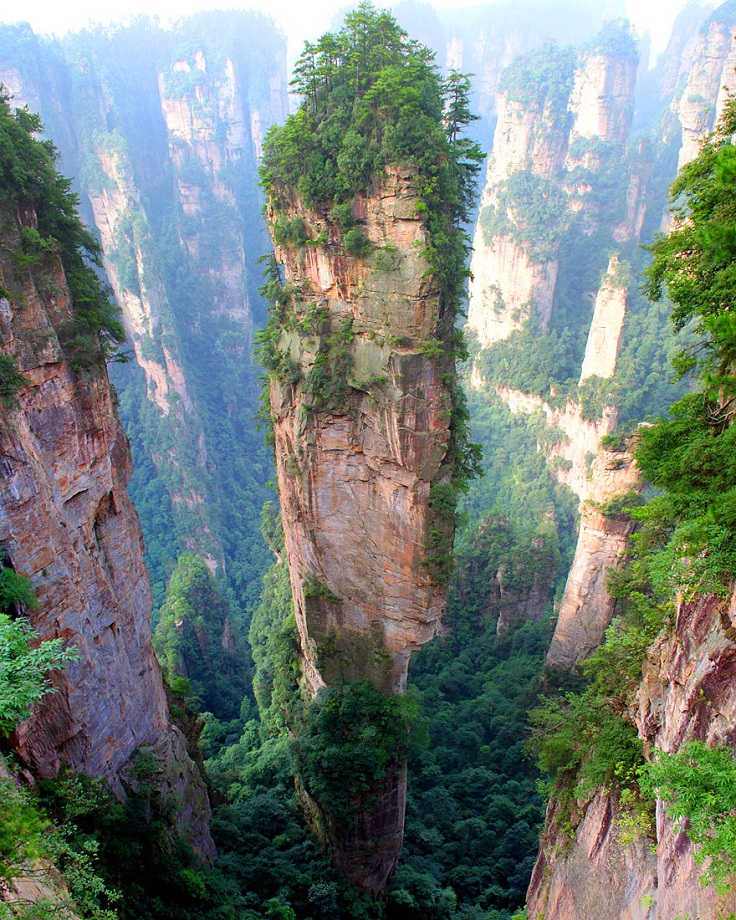 A whopping 318 Million years ago became what is known today as the Tianzi mountains – meaning the Son of Heaven, made from quartz stone-forming amazing peaks in the scenic area. This is due to eroding waters and wind. It is located within the Hunan Province in the northern part of the Wulingyuan scenic area. The Monarch of the peak mountain beautifully sits above a sea of clouds, having the radiance of the moonlight at night and the beautiful rays of sunshine during the day and snow in the winter. Visitors can take a 2000 meter cable car ride to the Peak to truly experience to the max the absolute wonderfulness of this magical area on earth. The blockbuster movie Avatar was inspired by such places within the area. 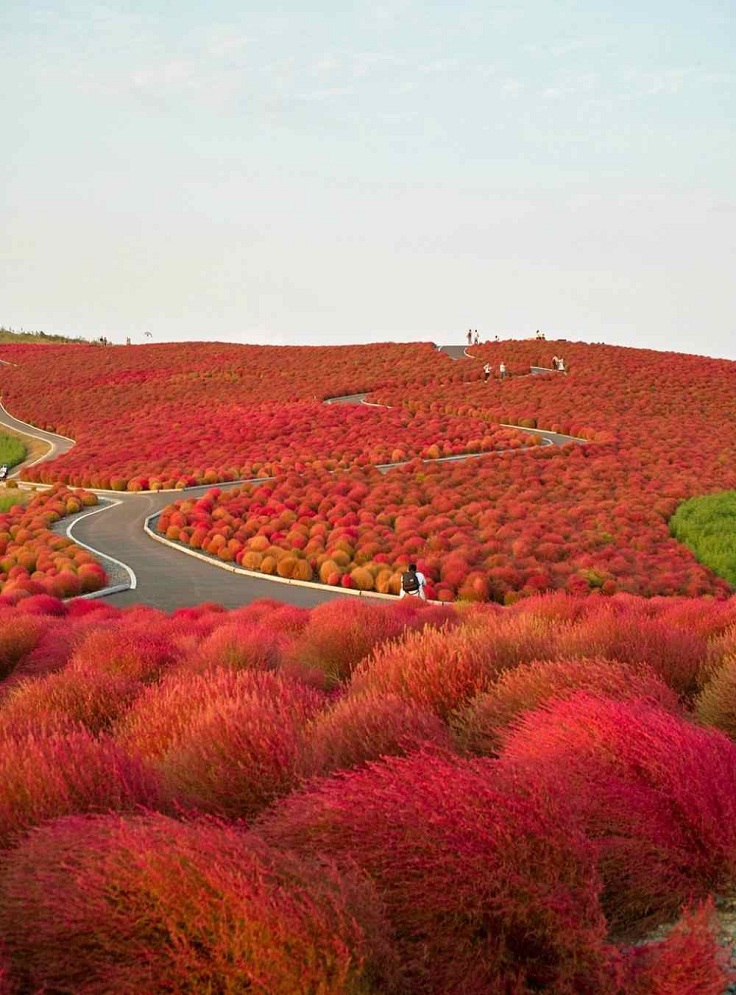 Hitachi is only a couple of hours drive from Tokyo and an absolute must-visit if you seek blooming nature in a splendid color pallet array. It is located in the area facing the Pacific Ocean in the city of Hitachinaka and offers beautiful flowers in its well-kept, large gardens throughout the four seasons of the year. Whenever one visits, the park will always be welcoming you with its cheerful beauty. In spring, You’ll find narcissuses, tulips, and nemophila (baby blue eyes) which attract a lot of visitors. In early summer, poppies, and roses, and in summer, zinnias, and sunflowers, bloom to marvel. In autumn, you can enjoy Kochia or summer cypress, and cosmos flowers. When winter comes, ice tulips can be seen, making for a rich complement of flora throughout the year. 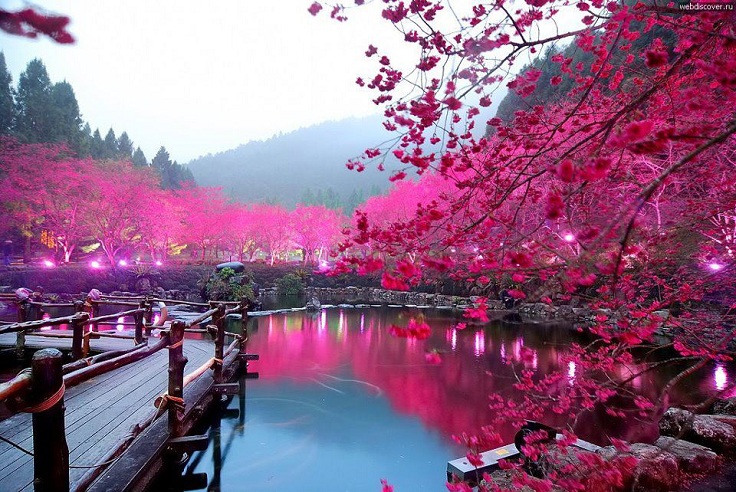 Japan has fascinated many thousands of us in the world for its extraordinary fauna and flora. The colors are ever so vivid that makes you think you are in a CGI-made movie, only better. Your visit to Tokyo cannot be without a hanami session (flower viewing), from March to April. It’s a short window, but so worth it. At night, the Yozakura or cherry blossoms are often illuminated to mark this remarkable occurrence of seamless beauty. Sagami Lake holds the biggest winter illumination festival in Kanto and enjoys an eye-staggering 2000 trees with over five million LED lights by night. 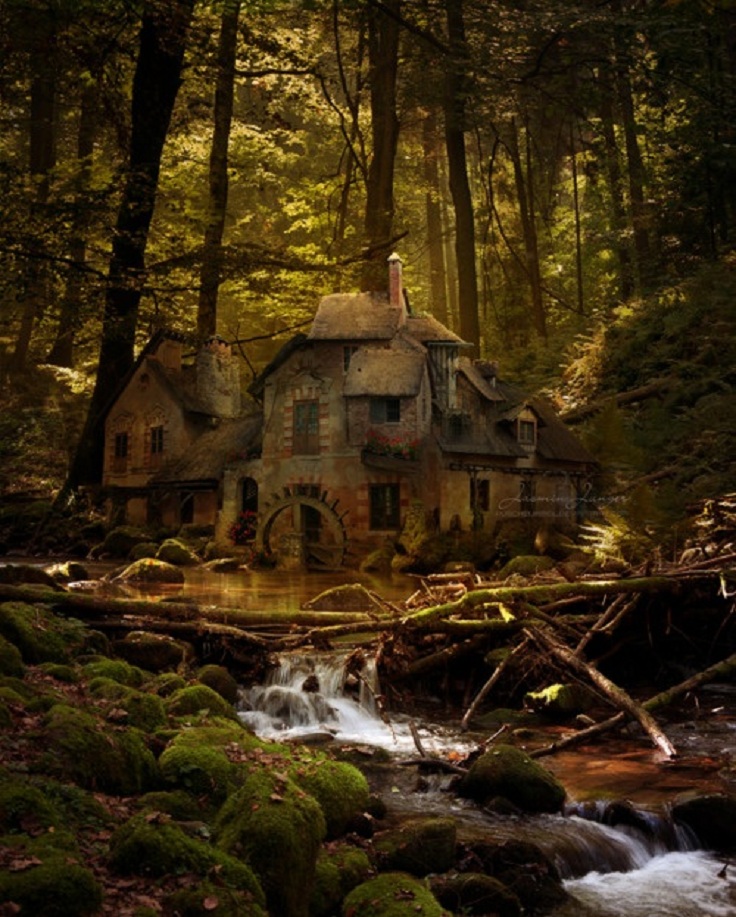 If you have ever wished to visit the fairy tales written by the Brothers Grimm, this would be the place! The spectacular mountain range is set in Baden Wurttemberg and is also well known for its ample oppressive canopy of evergreens looming above the forest floor. While visiting the Schwarzwald, you will stumble across hidden castles, vineyards, quaint towns, striking half-timbered houses, universities, and even the world-famous cuckoo clocks! It would be hard to find more of a specular area on the planet with the most incredibly beautiful towns across ranging from Freiburg, Baiersbronn with its incredible eight Michelin starred restaurants, Calw with the reputation of being the prettiest of towns, and Baden Baden – one of Europe’s most fashionable spa towns. 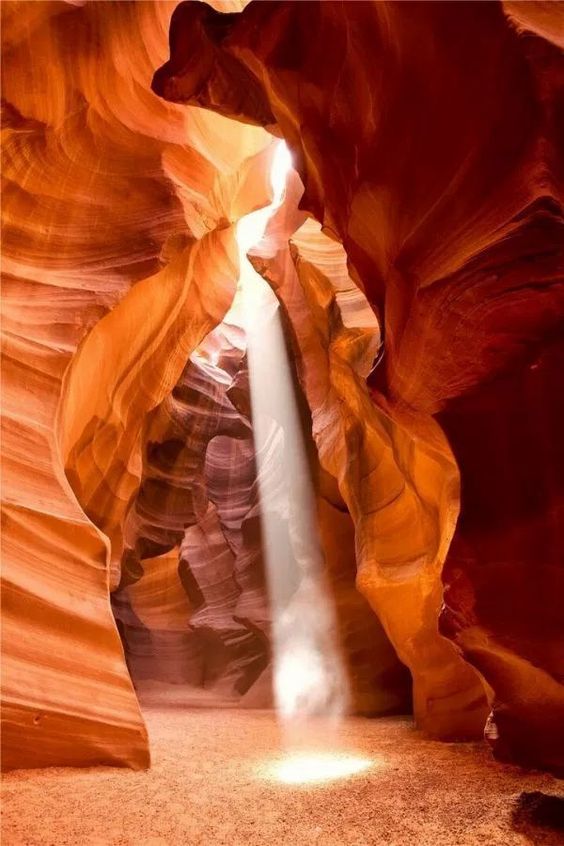 The canyon is the work of art of millions of years of water erosion and wind, forming magnificent and picturesque tall, winding walls carved to absolute precision. It is a monumental sandstone sculpture. With its supernatural appearance, Tse Bighanilini or Antipole Canyon now lies within the LeChee Chapter of the Navajo Nation and draws nature lovers for its mysterious beauty. The canyon walls can climb up to 120 feet high (37 meters), making cathedral-like red-hued swirling sandstone. It is to date, undeniably, one of them, if not the, most famous canyons in the world. 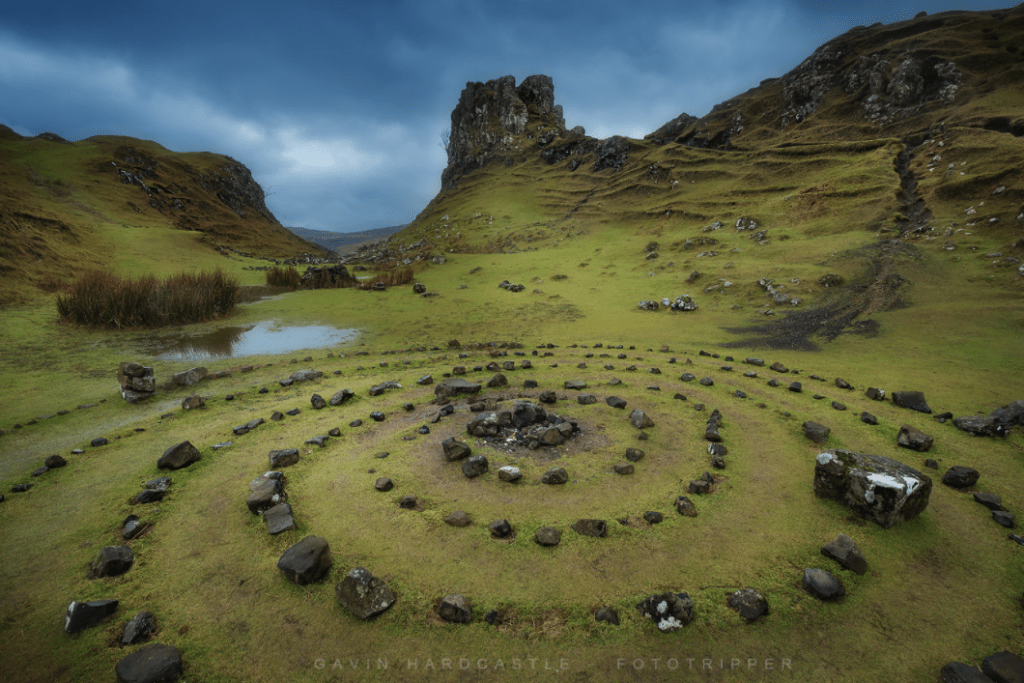 In the Isle Of Skye lies the dramatically beautiful landscape, which looks as though you have stepped into a magical realm. It is such an enchanted attraction and destination for nature lovers in awe of magnificent beauty created mainly by a landslip. It has natural rock formations, cone-shaped hills with many pounds, and scattered waterfalls within one small area. Some say faeries created the dramatic landscape and are still dwelling within its many crevices, hiding away. One can spend hours on end admiring the splendor of the cluster of hills, especially on a sunny day where the place really comes to life. The best viewpoint has to be from the top of Castle Ewan resembling an ancient ruin. 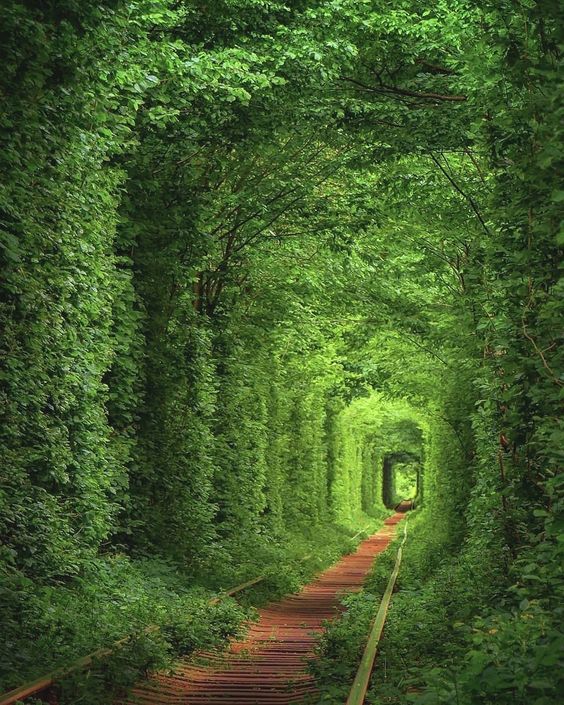 This has to be one of Ukraine’s most photographed places and visitors from all around the world come to admire the intense tree tunnel year on year. Its origins reportedly trace all the way back to the tensions and secrecy of the Cold War. The Tunnel of Love is in fact hosting a train track, stretching over two miles long. The private railway train is known for granting love wishes to those visiting it. The enchanting wooden-covered landscape makes a lovely stroll around for lovers and singles alike. It is also called the Green Mile due to its canopy-like leafy branches covering up the railway into an arch. Wintertime, come to admire the same, but covered in snow making it the world’s biggest “Igloo”! 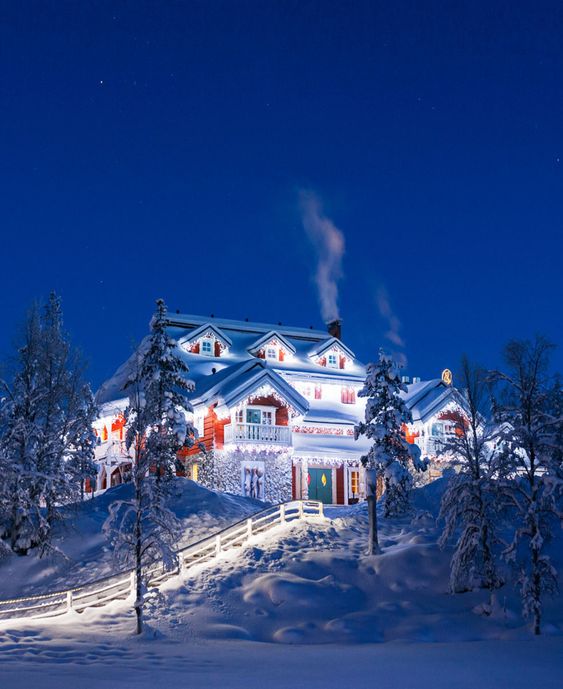 Talking about Igloos, here is something nonother than spectacular. Set in the Arctic Circle, in Rovaniemi, Santa’s Village features 71 luxurious Igloos, where you can enjoy its epic surroundings all year round. Yes, this is the headquarters of Santa Claus himself and his elves. Each roof is made out of clear glass, meaning that you can admire the Midnight Sun, Northern Lights, or the better-known aurora borealis, and also catch a glimpse of Santa himself. We never know do we? This is an experience of a lifetime to have the opportunity to experience something unique and frankly outrageously stunning. 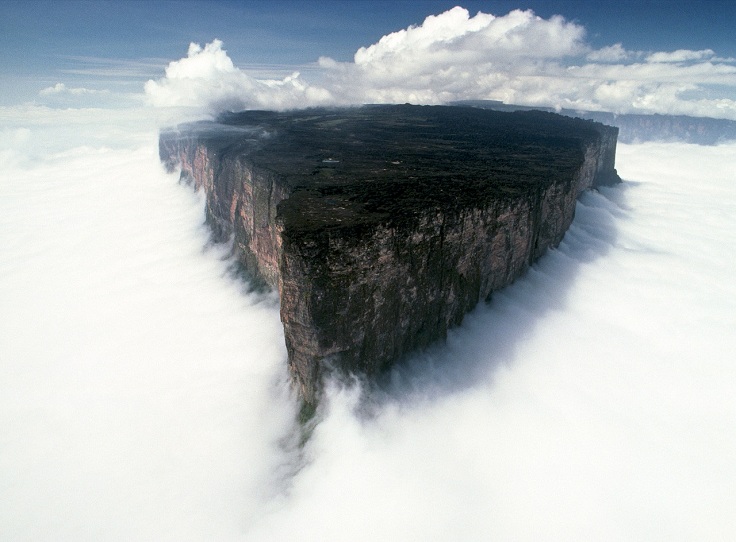 This really deserves a mention, due to hosting a spectacular flat table mountain surrounded by sheer cliffs creating an island floating in the sky on the plains of the Great Savannah. It is a large part of southeastern Venezuela. The mountain is the highest of the Pakaraima chain of tepuis in South America. Covered with unique landscapes, fauna and flora found nowhere else on earth, this unique tabletop mountain is a prehistoric island. The spectacular Mount Roraima and Angel Falls are some of the only destinations in the country still frequented by adventurers from over the globe. 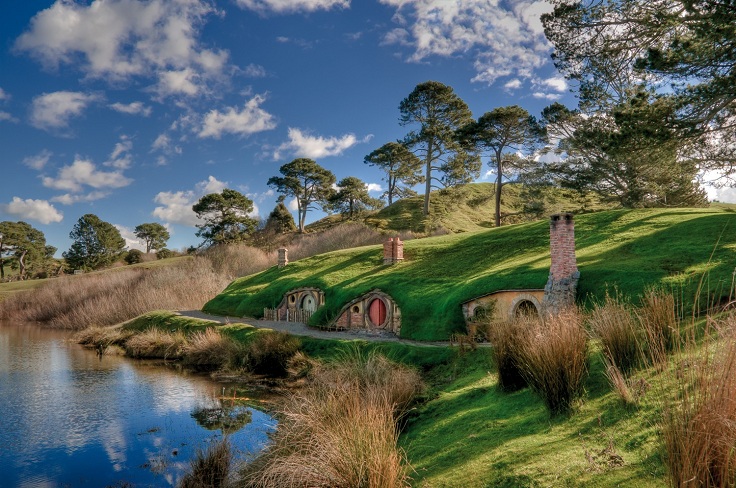 If you have not lived under a rock for the last few years, chances are you might have seen or at least heard of the Lord of the Rings movie. Well, Hobbiton Village actually exists! It is a journey through the unequivocal beauty of the farmland. Get there, and you will be escorted around the movie set, showing the intricate detailing, pointing out the most famous locations, and explaining how the movie magic was made over there. You have the opportunity to walk around the 12-acre set, the Milland into the world-famous Green Dragon Inn. You will fall in love with the Alexander family sheep farm, just as acclaimed director Sir Peter Jackson did. 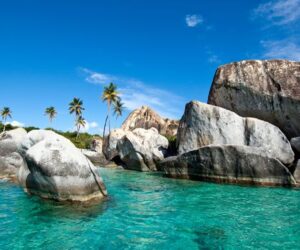 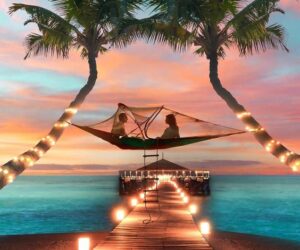 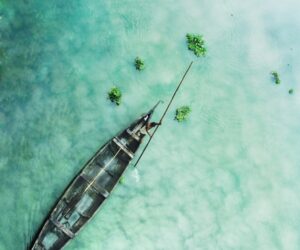