Top 10 Breathtaking Canyons in the USA You Must See

Some of the United States is home to breathtaking canyons whose rock formations are so unique that you won’t find anything like it across the world. It’s truly a wonderful experience that deserves a place on your bucket list. Witnessing the beauty of a natural wonder old millions of years is something that will make you feel in a way that not a single big city will!

If you are interested in visiting such canyon, you will find most of them in Arizona and Utah. However, there are others worth to be seen as well. Check our list of ten canyons – we hope that one day we’ll see at least one of these! 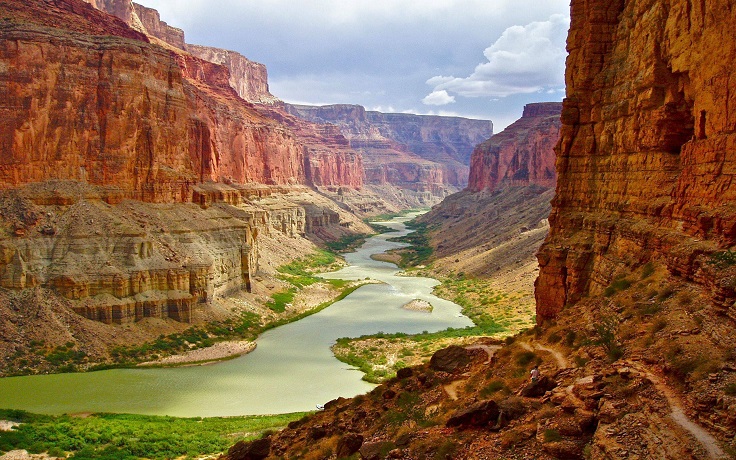 The Grand Canyon is one of the most popular natural attractions across the United States, with 5 million visitors yearly. It is located in the state of Arizona, and it stretches 277 miles in length. The picturesque landscape shows layers of rocks from different ages of the Earth’s timeline – the rock at the canyon’s bottom is even 2 billion years old! Through the Grand Canyon flows the Colorado River that carves the steep sides for millions of years. 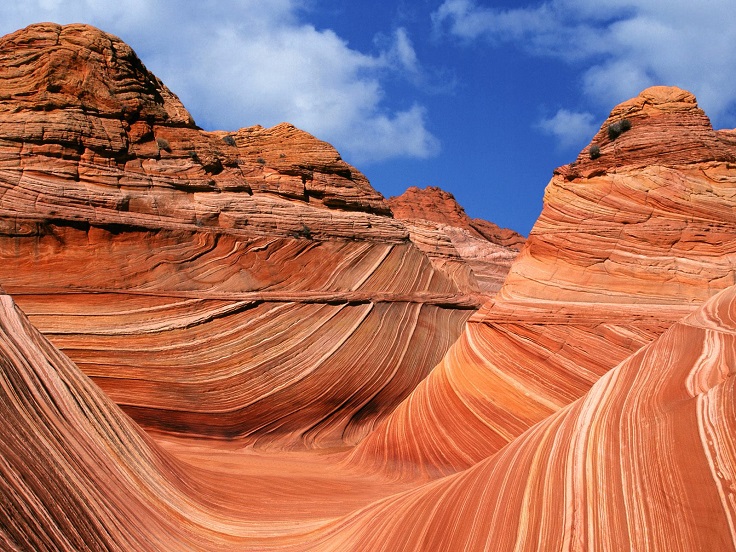 The Paria Canyon-Vermilion Cliffs Wilderness is located at the border between southern Utah and northern Arizona. It was designated in 1984, and it represents one of the best canyon – backpacking destinations not just in the US but around the world. The Vermilion Cliffs are located just beyond the canyon and rise as much as 3,000 feet. The whole area has 110,816 acres, filled with slot and serpentine canyons, sandstone slopes, plateaus, and escarpments. 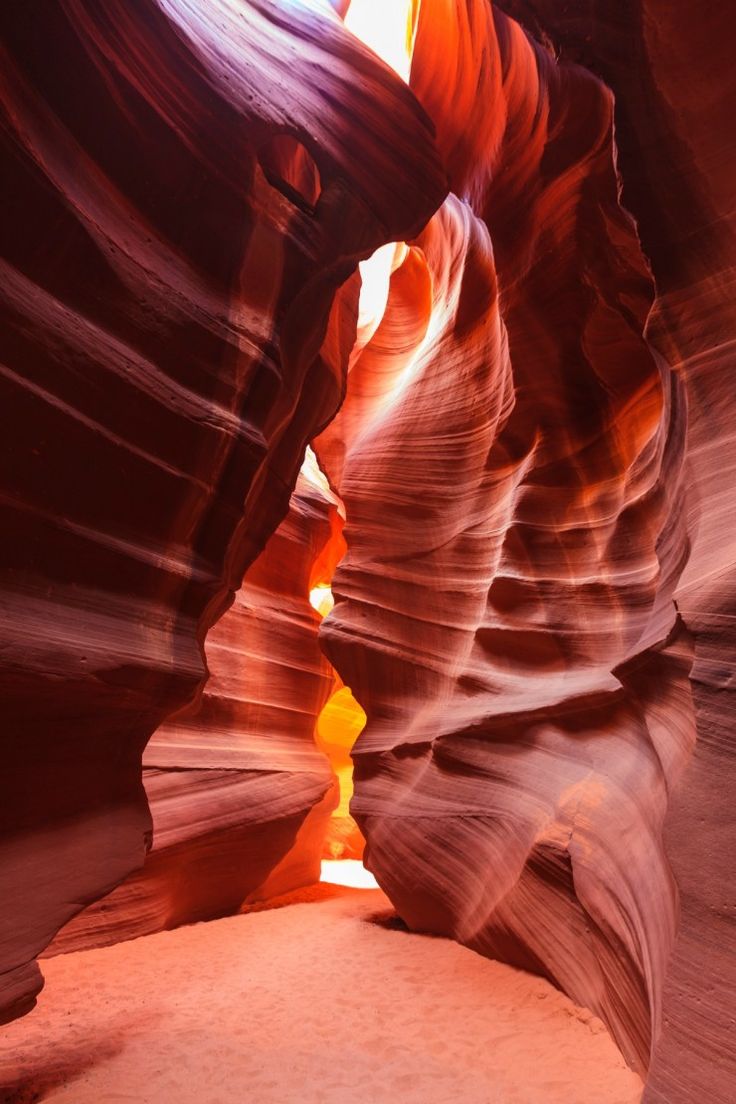 Known for its slot landscape, the Antelope Canyon in Arizona is considered one of the most photographed canyons globally. The canyon is just the result of water erosion going on for millions of years. It comprises two distinct sections – Upper and Lower Antelope Canyon, with the first one being the more visited because of the slot sandstone walls that reflect sunbeam in the most magnificent way. At the same time, the Lower part is harder to access. 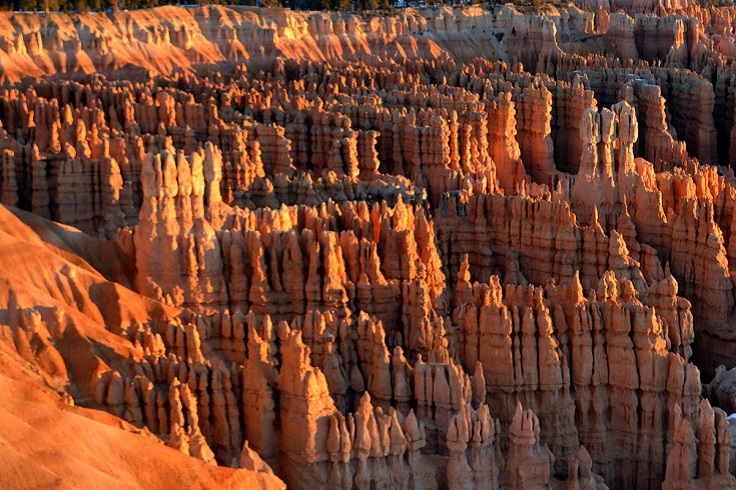 The Bryce Canyon is located in Bryce Canyon National Park in Utah, and it doesn’t have the typical canyon shape that you would expect to see. Here you will find natural amphitheaters – spires of sedimentary rock and jagged stalagmites. The view at the Bryce Canyon is equally fascinating at night because there are more than 7.000 stars visible – even in the most rural parts of the states, there are about 2.500 visible stars, so just imagine the comparison. 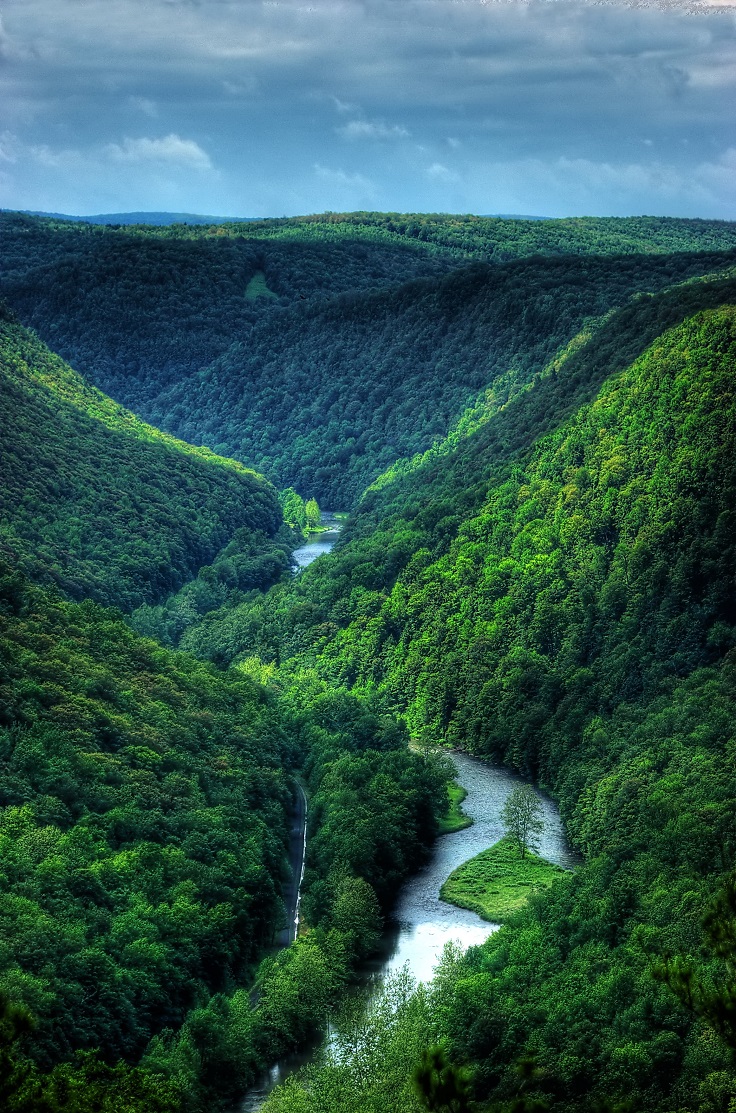 The Pine Creek Gorge is called the Grand Canyon of Pennsylvania. Unlike the canyons that we have already shown you, this one doesn’t have any sedimentary rock or stuff like that. This one is all about greenery! There are plenty of trees that offer amazing foliage and landscape with different colors, especially during the fall. However, those trees weren’t that numerous always – in the early 20th century, the Pine Creek Gorge Canyon was called “The Pennsylvania Desert.” 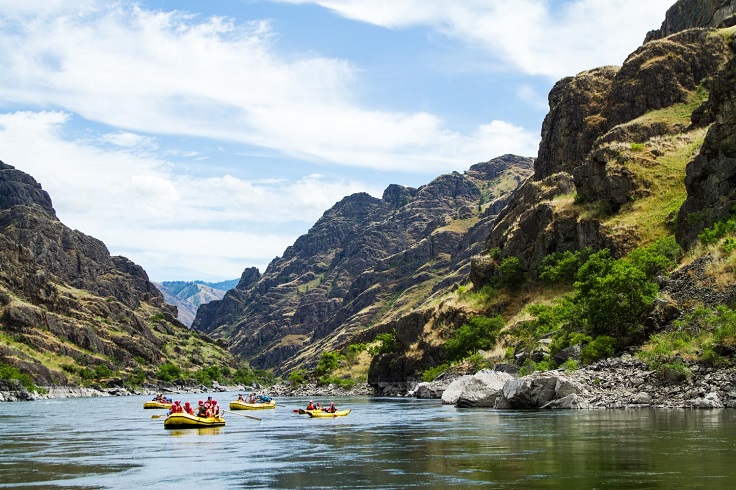 The Hells Canyon is located on the border of the states Oregon and Idaho. It is the single deepest river gorge in the United States, with a maximum depth of 7,993 feet. The Hells Canyon separates two mountain ranges – Seven Devils in Idaho and Wallowa in Oregon. The Snake River flows through the canyon, adding up so much to the already breathtaking scenery. There are still archaeological activities going on here, with many Native American artifacts being discovered, and it is believed there are more to be. 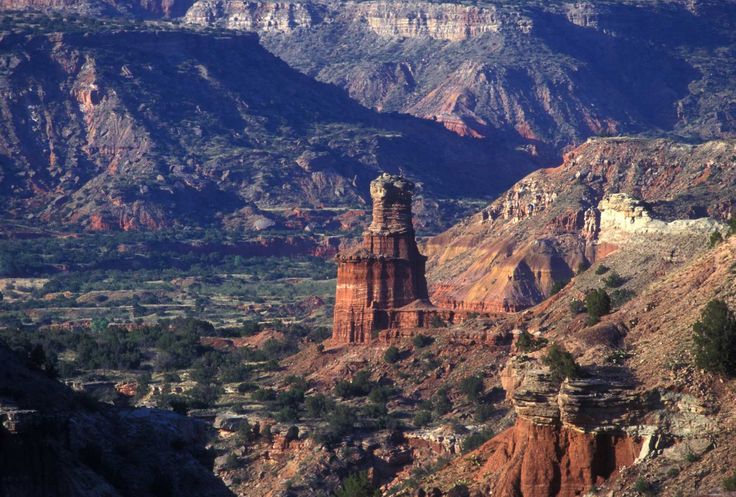 The Palo Duro Canyon is the second largest canyon in the US, right after the Grand Canyon. It is located in Texas near Panhandle and is considered to be 250 million years old. It is 120 miles long and 20 miles wide. The Palo Duro Canyon is known for the hoodoos, rock formations that result from erosion at different rates. However, the canyon, in general, is a result of water erosion. 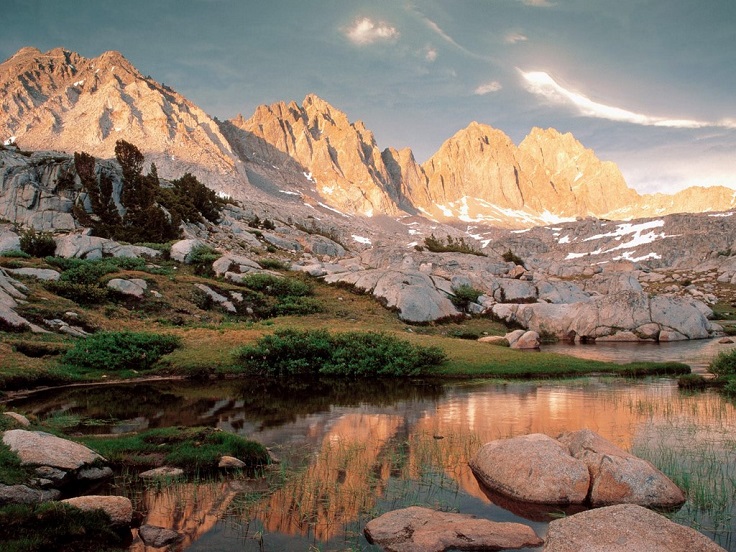 The Kings Canyon is located in the Kings Canyon National Park in California. The canyon reaches a depth of 8,200 feet and is situated on the South Fork Kings River. Known for its granite walls and wonderful scenery surrounding the canyon, the place is considered quite incised. The only area of the whole national park that can be accessed by vehicles in Cedar Grove. 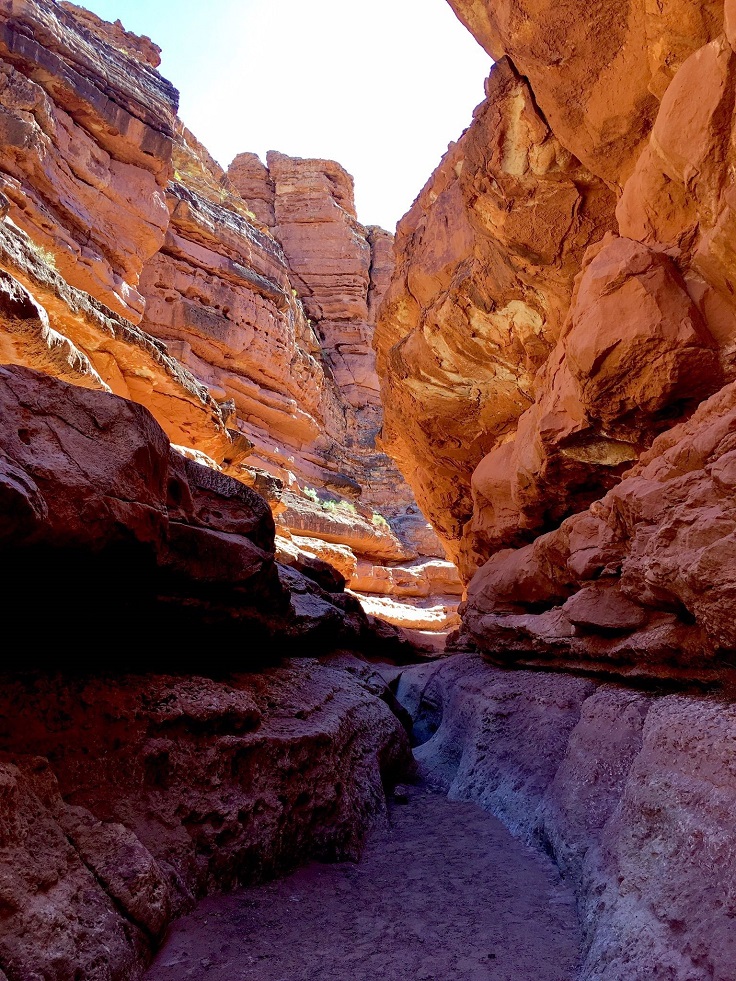 The Cathedral Wash is located in Arizona, and it is the shortest of the Marble Canyon tributaries. It is a popular hiking destination since it’s not hard to walk through it. However, the scenery might not fascinate you during cloudy days – the rocks are grey and drab, and the passages gloomy. The formation isn’t colorful as other canyons, but the canyon’s eroded formation will fascinate you! 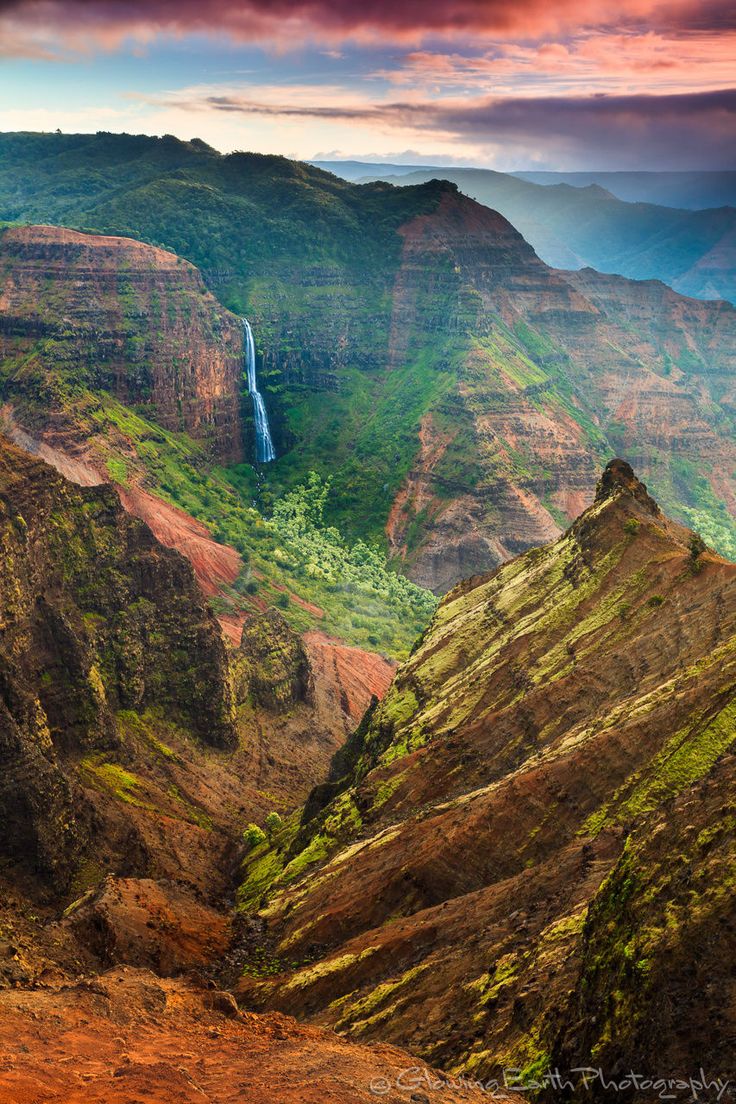 The Waimea Canyon is located on the Hawaiian island of Kauai within Koke’s State Park. The canyon is such a breathtaking contrast between the green tropical landscape and the red volcanic soil – no wonder why it is called the “Grand Canyon of the Pacific.” It is really unique, and you won’t find anything like this on any other Hawaiian island. 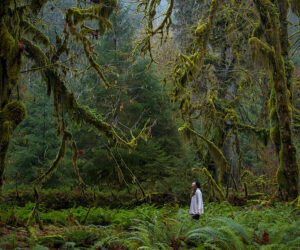 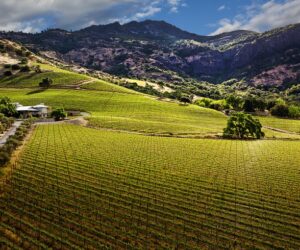 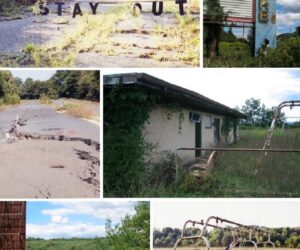