We have many foods in our kitchen that we like to eat and yet we don’t know that they are poisonous. From the commonly consumed every day food like apple and potato through our favorite seeds such as almonds and cashew nuts to the more rare delicacies like the Fugu fish there is a whole list of toxic foods we consume.

Today poisoning is very rare due to the fact that we don’t consume the poisonous parts of certain plants and even if we did, in a small amount it won’t cause any serious harm. By now, humans discovered certain ways to get rid of the poison in plants. For example roasting or steaming. Cashews contain urushiol – the same chemical found in poison ivy – it must be roasted to destroy the toxin.

TOP Inspired has put a list of poisonous food together that we should consume carefully. 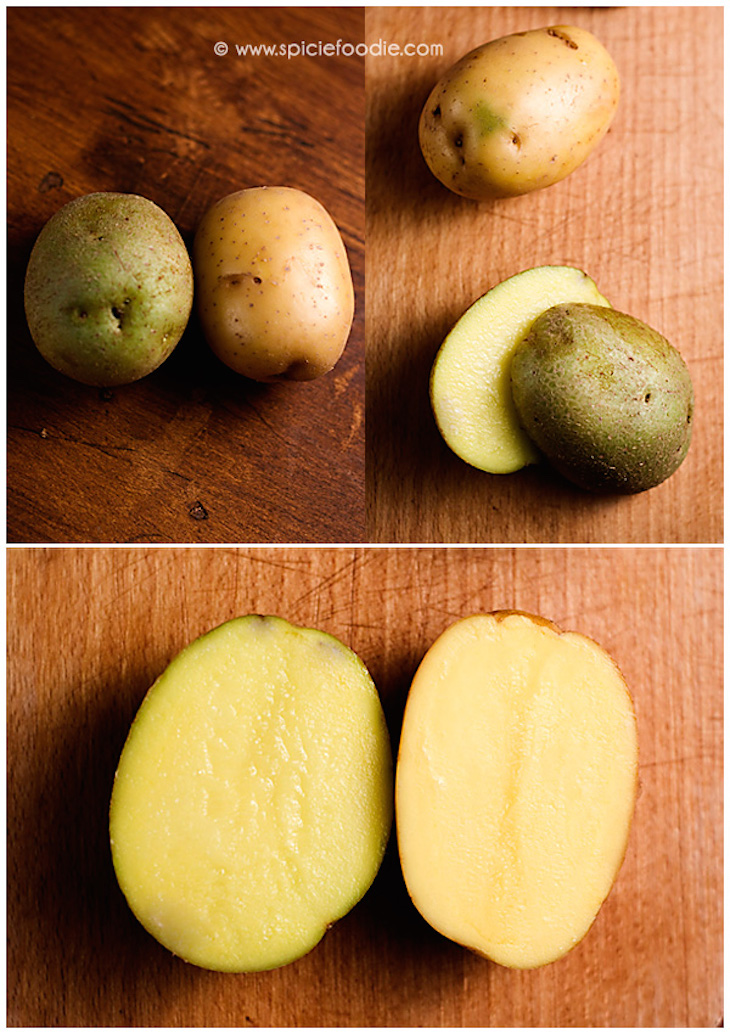 Have you ever had some potatoes that began to turn green after a while? Well, apparently they are poisonous so you better off trowing them away or at least cutting the green parts out. A toxic alkaloid called solanine can cause headache, fatigue, nausea, and stomach issues if consumed. The leaves and stems of the potato plants are also full of this alkaloid. 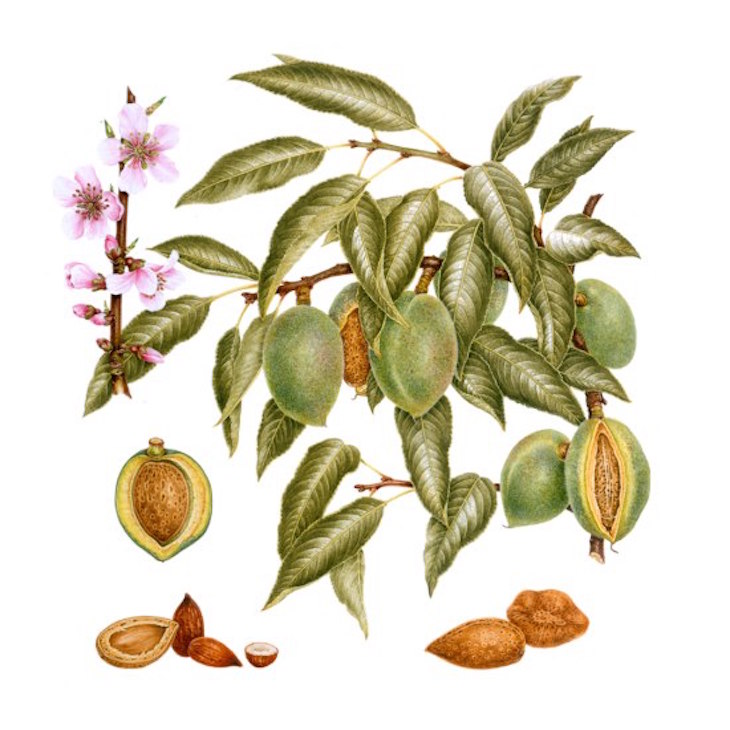 Raw almonds, also called bitter almonds contain large amounts of hydrogen cyanide which is the same substance that was used in the Nazi gas chambers. Eating even a few pieces can cause serious health issues such as kidney failure and death. In the US it is illegal to sell raw almonds. Therefore it is very unlikely that you will come across unprocessed almonds. Processed almonds available in shops can safely be eaten. 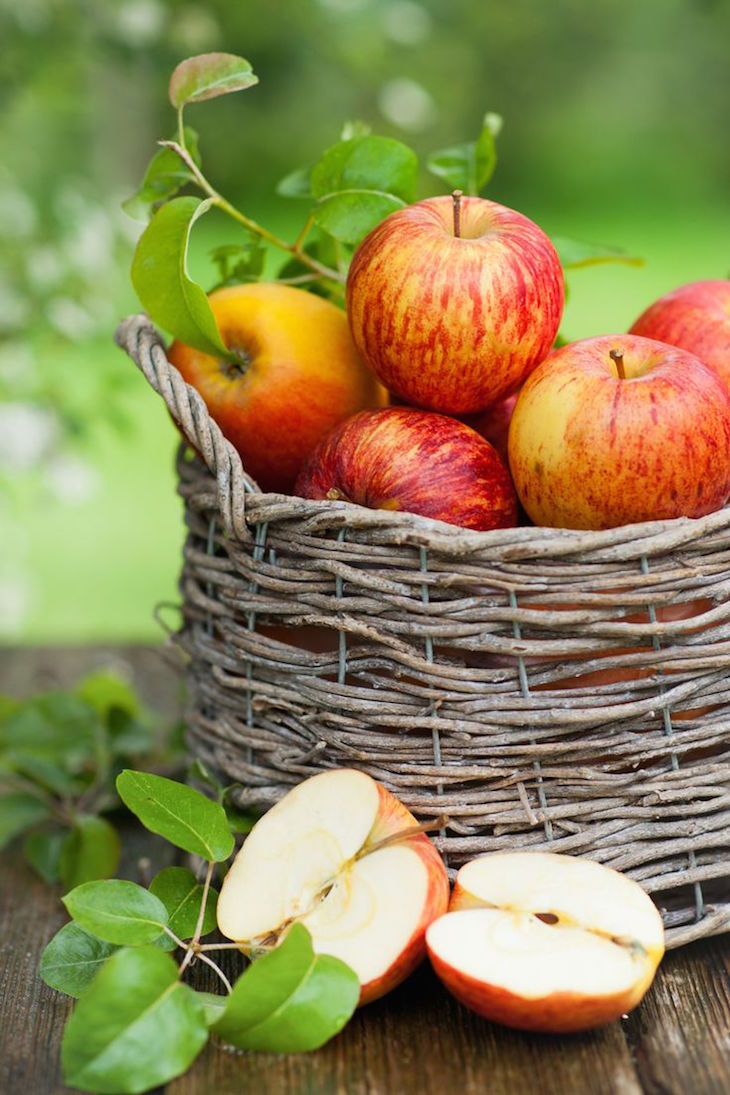 We eat apples, pears and other stone fruits such as cherries, plums, peaches, and apricots every day. But did you know that they contain amygdalin, a compound that turns into hydrogen cyanide when eaten? It would take about 1 whole cup of seeds to create enough cyanide to poison someone. Don’t worry it is still ok to grind apples and press them for apple juice. It wouldn’t release enough cyanide to be a problem. Peach and apricot pits have amygdalin in potentially harmful amounts. However it is very unlikely that anyone will swallow or chew them. 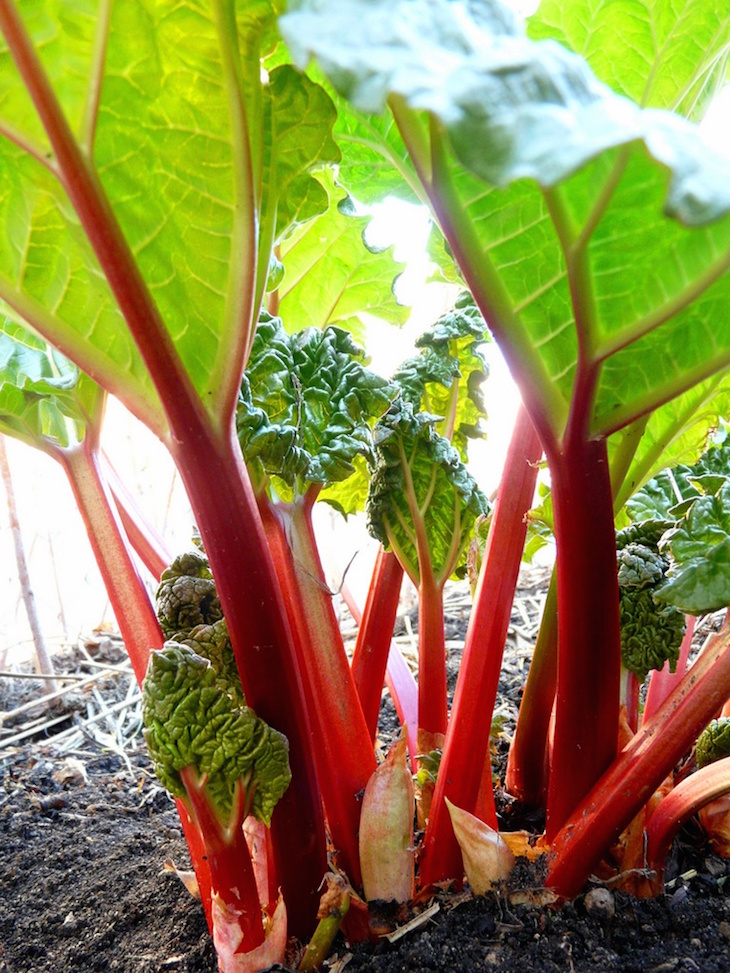 Rhubarb is used in various forms, as jam, in drinks, baked in pies and so on. The plant contains oxalate, which causes illness or death. Most of the oxalate is in the leaves, so make sure to trim them off and discard them before cooking. There is almost no poison in rhubarb stalks and you would have to consume 11 pounds of leaves to get seriously ill or worst. 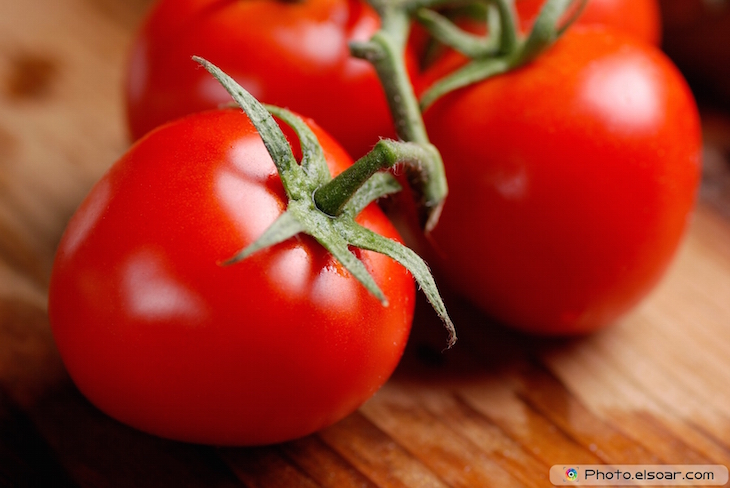 Tomato leaves, stems and green fruits contain a toxic chemical called glycoalkaloid which causes extreme nervousness and stomach upsets. They can be used in cooking to enhance flavor, but they must be removed before eating. Half-ripe tomatoes contain much solanine so it is more healthy and digestible to eat nice, red ripe tomatoes. And more tasty of course. 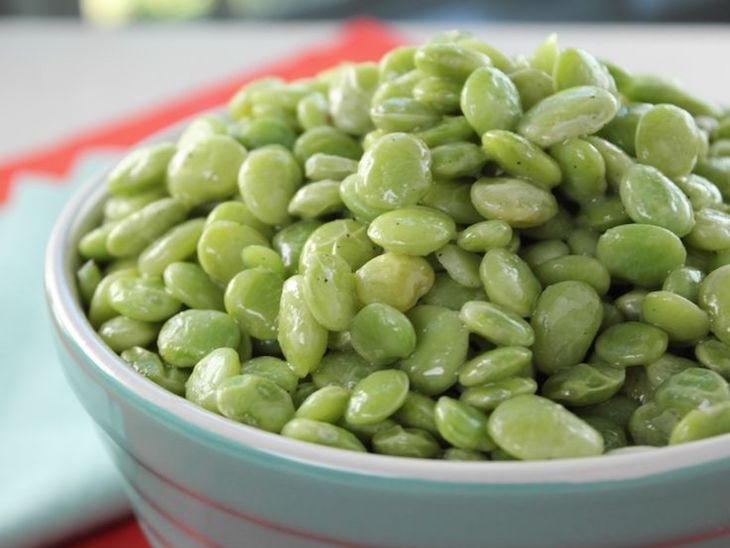 Lima beans have high level of cyanide which only with cooking goes away. Therefore lima beans should be always cooked thoroughly without a lid so that the poison can escape as gas and the cooking water should always be drained. There are restrictions about commercially grown lima bean cyanide levels in the US so you are more than likely to be on the safe side. Similarly to lima beans, raw kidney beans are also poisonous. Always soak the beans in water for at least five hours before cooking. 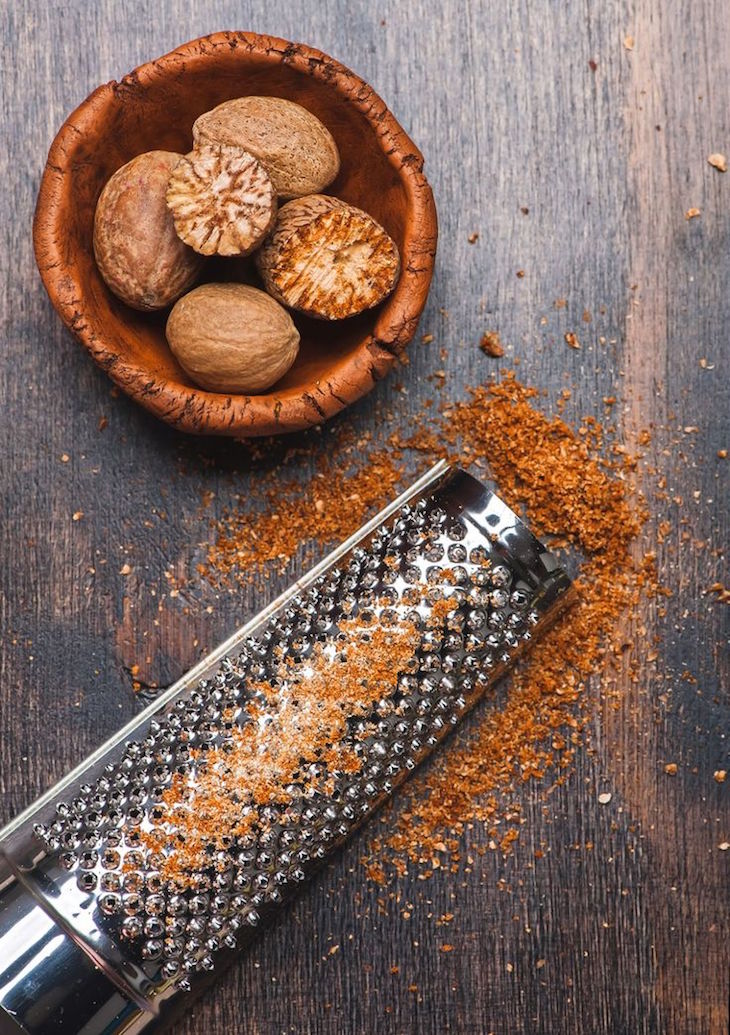 Nutmeg has several health benefits. It is a folk remedy for sleep (warmed milk with nutmeg) and also great to prevent common digestive problems. However nutmeg is also a hallucinogenic. Already 0.3 oz can bring on uncomfortable symptoms, including vomiting, headache, and hallucinations. 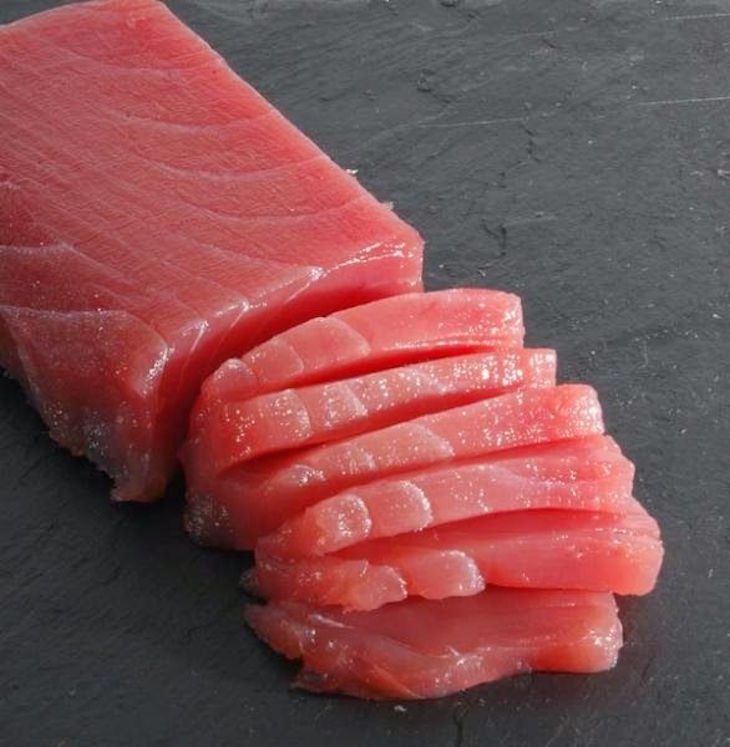 What makes tuna dangerous is the mercury that the fish absorbs. For children and pregnant women it is not recommended to consume tuna at all. It is unlikely to cause problems even if you eat tuna very often, but it’s a good idea to monitor your tuna consumption. Keep in mind that there are two main kinds of canned tuna: chunk light or chunk white (albacore). Albacore’s mercury levels are almost three times higher than the smaller ones, used in most canned light tuna.

Cassava, also known as tapioca, also contains cyanide which is a deadly compound when consumed. Cassava’s cyanide content is fairly high. Already two cassava roots can contain a fatal dose. The roots must be peeled and thoroughly cooked before consumption. Sadly cyanide-poisoning cases in developing countries occur from time to time. 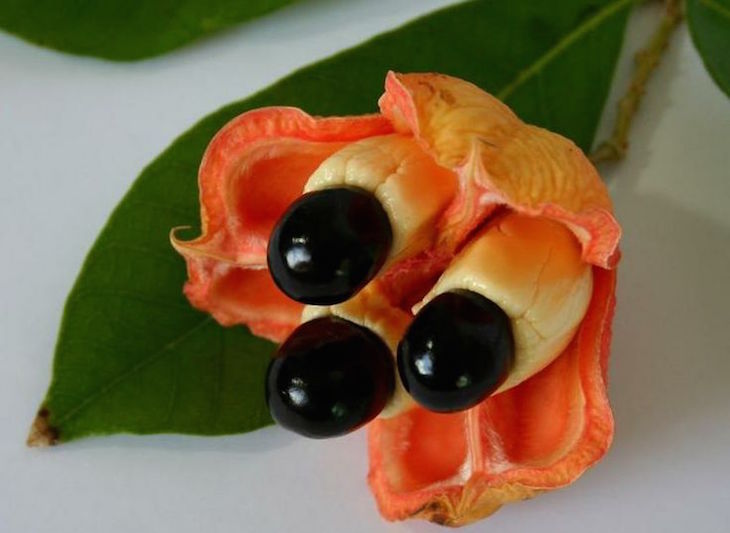 Ackee is a the national fruit of Jamaica, it has a mild taste and a creamy texture and often cooked with salt-fish. The fruit when it’s unripe contains a poison called hypoglycin, which causes acute vomiting and can lead to coma or death. It can only be safely consumed when the pods turn red and the fruit opens naturally. 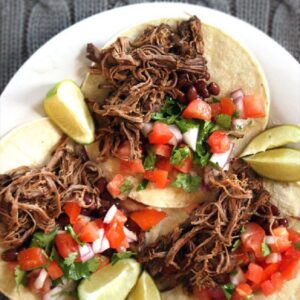 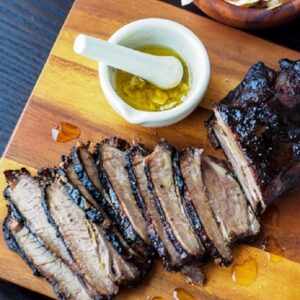 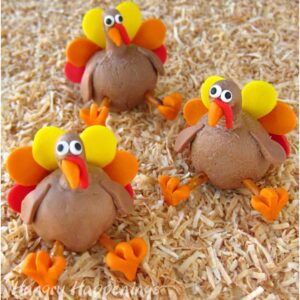