Dumplings are part of every cuisine all around the world. Probably Asian dumplings are the most popular ones. Everyone loves those tasty little bites filled with all sorts of delicious spicy meat, shrimps, tofu or vegetable. Momos, wontons, shu mai or dim sums; wheat flour dough or rice flour dough; steamed or fried; dipped into sweet chili sauce or soy sauce – they all make a perfect meal!

In Europe dumplings have a long history and they are quite different from their Asian counterparts. Usually the dough is made with potatoes, eggs and wheat or semolina flour. It is filled with savory meat or vegetable filling or with jam or fruit and boiled in water.

Some dumplings are covered with toasted breadcrumbs. Perhaps it is not the quickest meal one can prepare but it definitely worths the effort. The good thing about dumplings is that you can make a big portion and put half of it in the freezer. Next time you just have to drop them into hot water and your dinner is ready in ten minutes. It is also a good way of using up the leftover mashed potatoes.

Some say good things come in small packages. For dumplings it is certainly true! 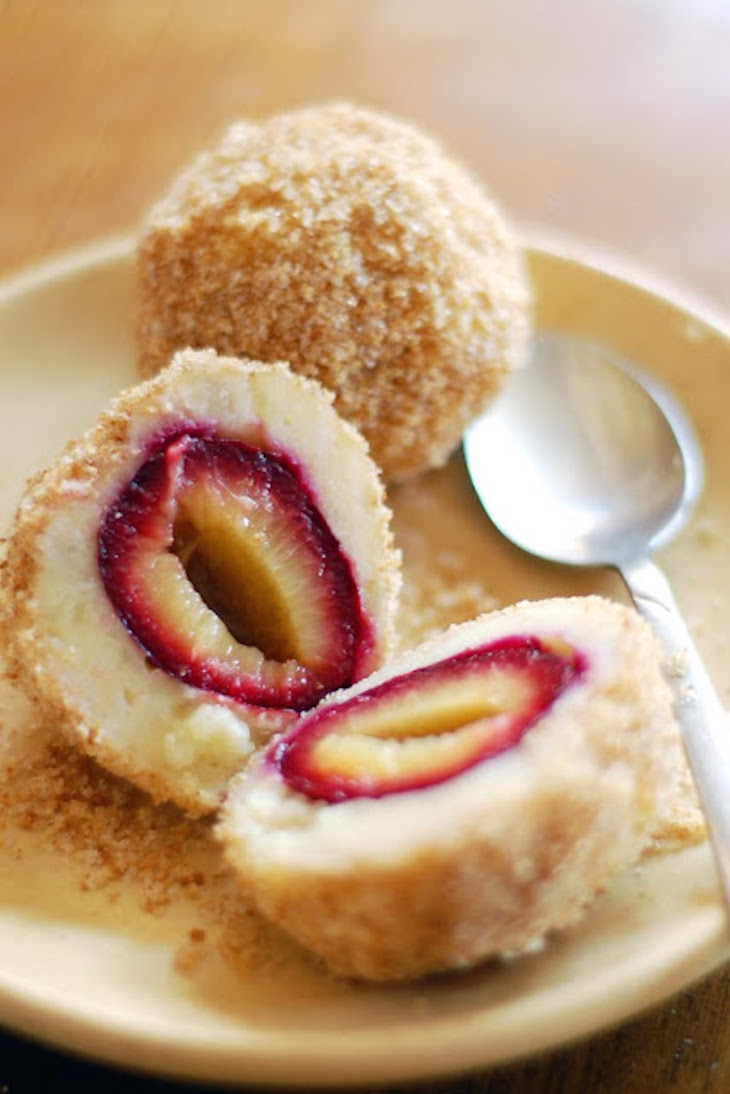 This is a traditional Hungarian recipe (szilvásgombóc in Hungarian), that every children love, as well as adults! A delicious combination of soft and fluffy potato dough, juicy plums and crispy breadcrumbs with a hint of icing sugar. There is another version of this recipe, originally from the times of the Austro-Hungarian Monarchy. Instead of plums it is made with apricots. Also delicious! 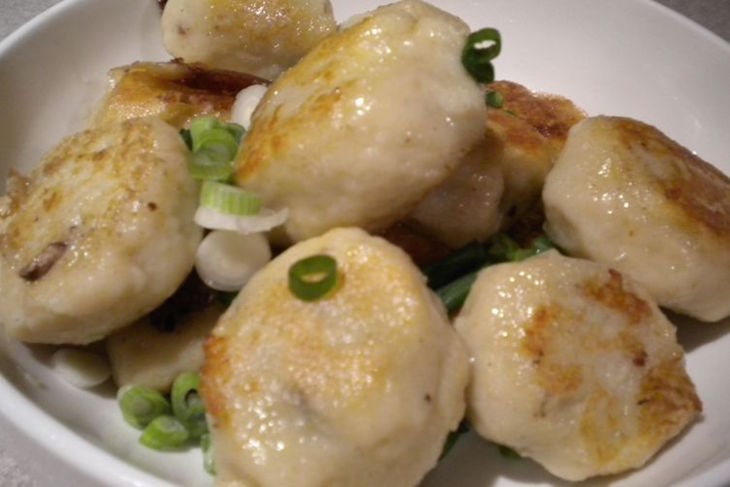 Kroppkaka (or plural Kroppkakor) is a traditional Swedish recipe. The dough is a mixture of mashed potatoes, flour and eggs filled with sautéed pork mince, bacon and onions. The recipe above is a vegetarian version with herbs and mushroom filling. The filled dumplings are boiled in hot water until they come on the surface, than placed in a pan and quickly browned on butter.

3. Slovak Dumplings with Bacon and Cheese 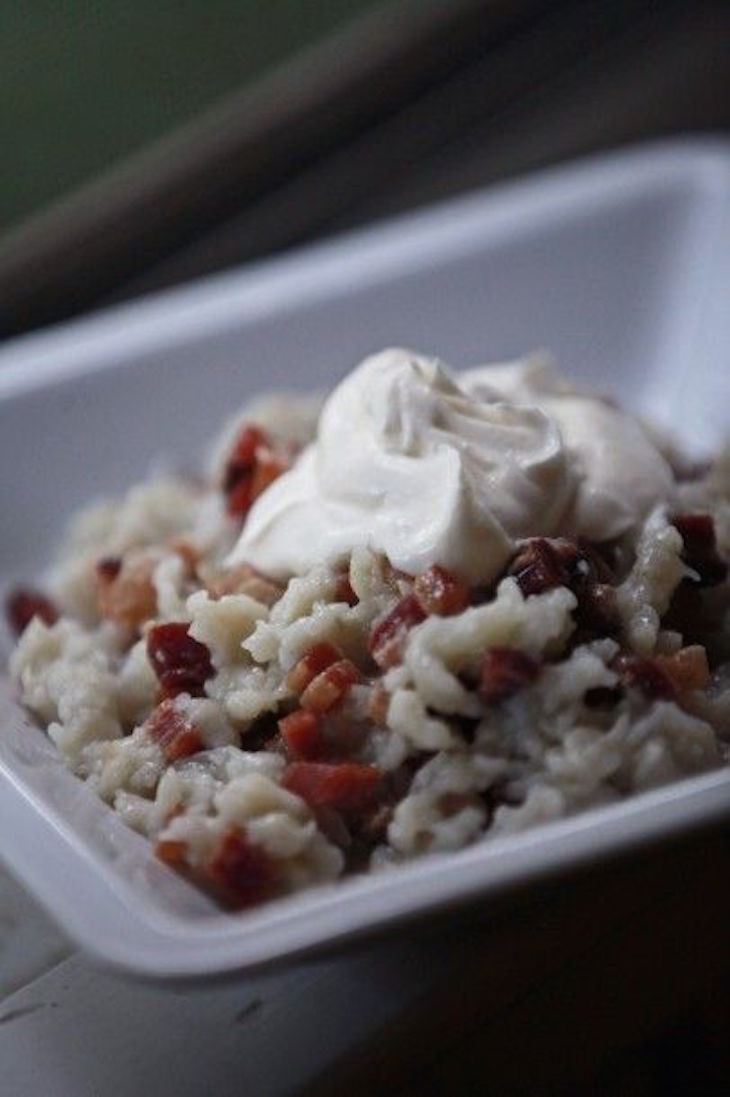 Bryndzové halušky as it’s called in its home country, in Slovakia this dish is so simple and delicious. Originally it is made with soft sheep cheese called brindza, but it can be made with a more available supplement, feta cheese. Small potato dumplings, with gooey melted cheese and bacon makes this dish seriously irresistible. 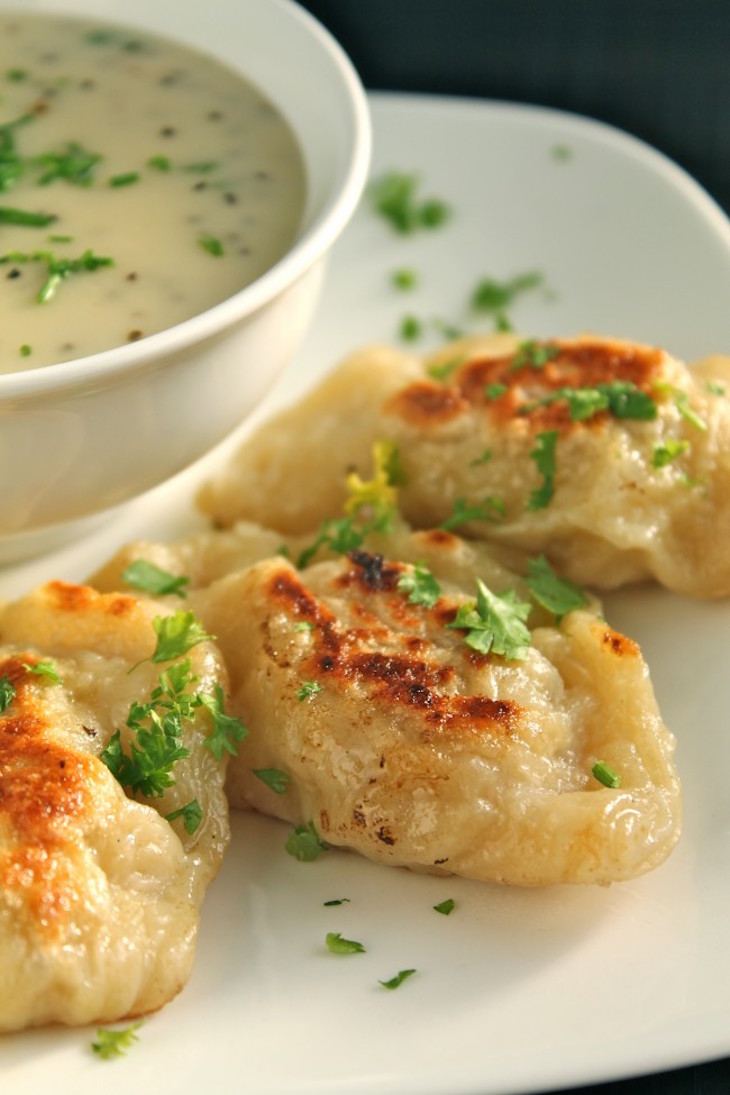 Pierogi is a typical Eastern European dish, considered to be Polish. It can be made with potato, minced meat, cheese or sauerkraut stuffing. The dough is a simple butter, egg, wheat flour dough that should be kept in the fridge for half-an-hour before working with it. They’re made into crescent shapes with a fork or just by hand. It is usually boiled, then pan-fried in butter with onions. Perfect on its own or with tasty sour cream dips.

Potato dumpling or Kartoffelknödel as Germans call it is a perfect match for saucy meat dishes. It is great to use small pieces of the dumpling to soak up the gravy with, from your plate. Very easy to make and instead of the plain slices of bread or potato side dish this is something different. What’s more, you can use the same dough and stuff it with apricot or plums to have a sweet treat. 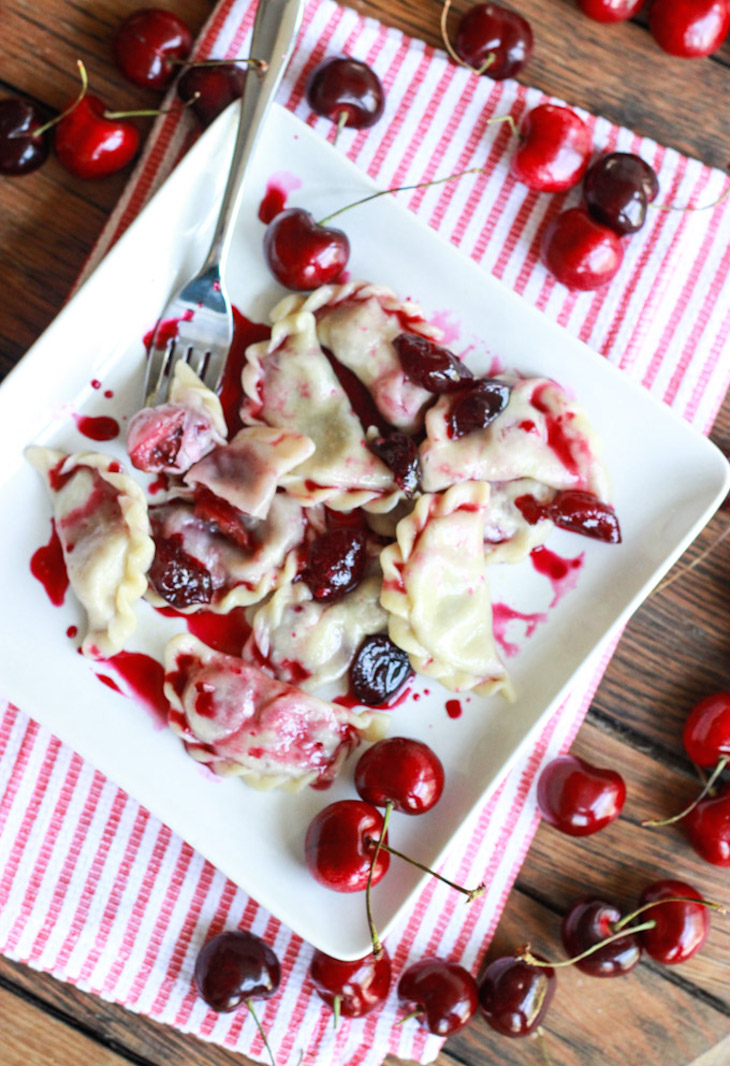 Vareniki is very similar to the Polish Pierogi but these ones are always boiled and the recipe comes from the Ukraine. You can fill it with anything from meat, sauerkraut or cottage cheese. We chose this recipe because of the delicious juicy cherries. It is so practical, you can always make a larger portion (with this recipe you get 45 pieces) and just freeze half of it for later eating! 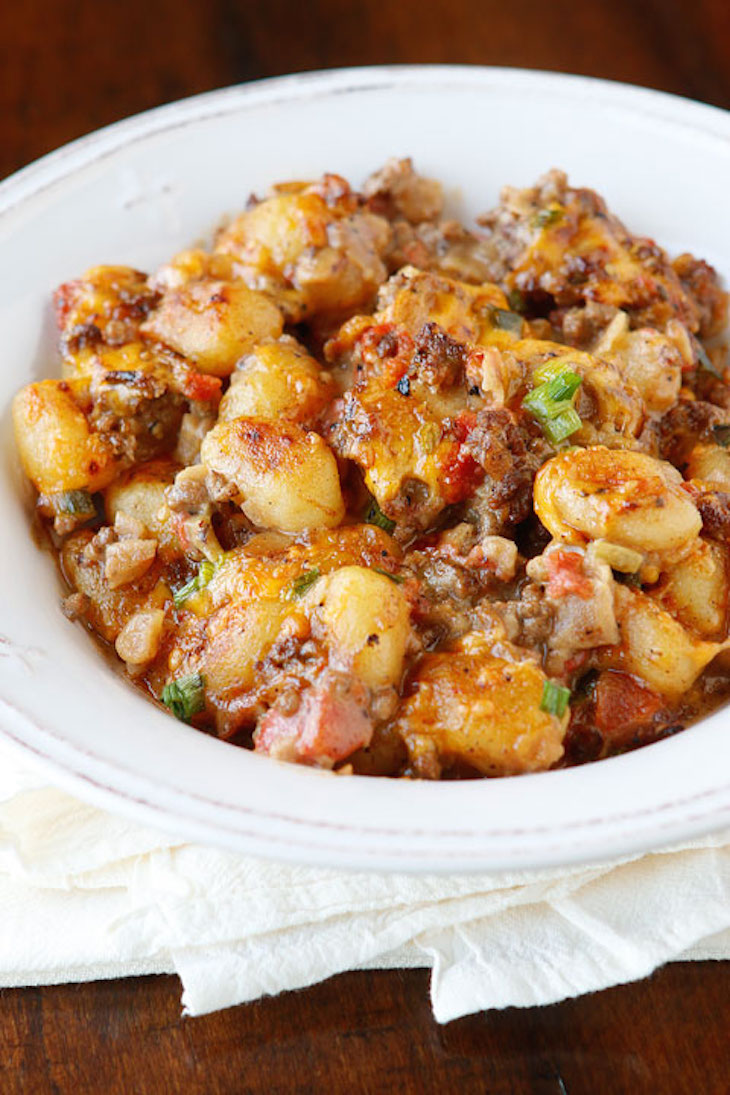 Everyone knows gnocchi, the fluffy thick Italian pasta made of mashed potato, eggs and flour. In it’s home there are as many different recipes as regions. Sometimes it served with tomato sauce, pesto or simply with fresh herbs and butter. This recipe is a real gnocchi-feast with seasoned beef, spicy tomatoes, and gooey melted cheese. 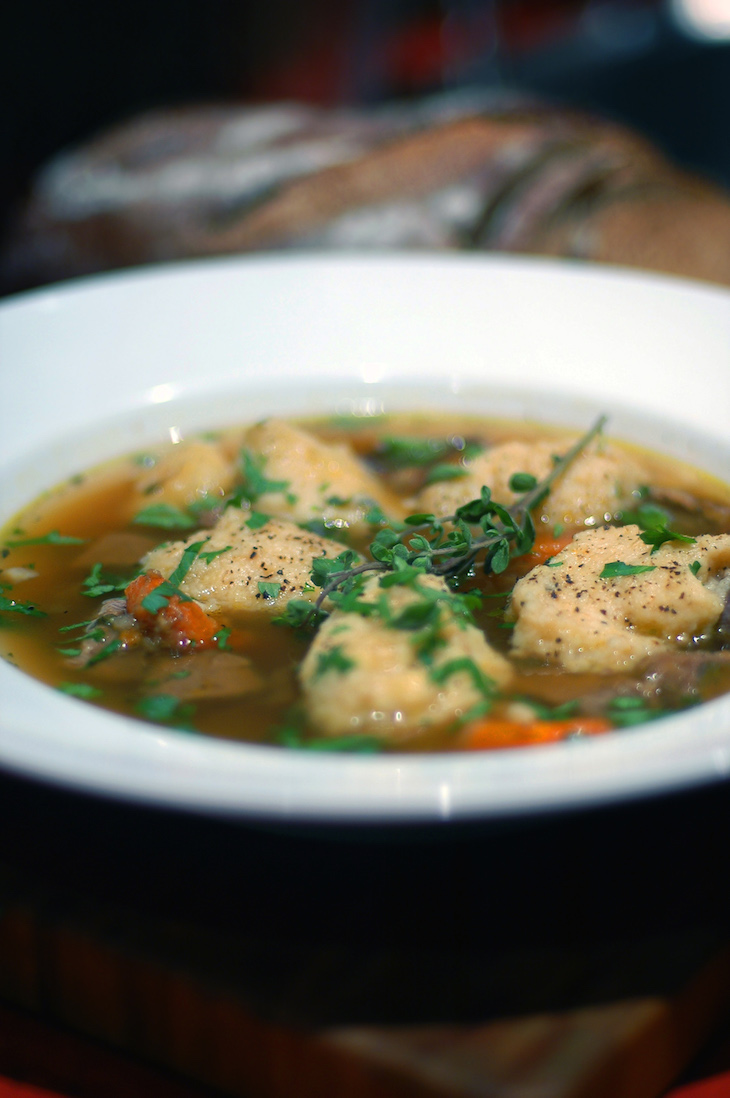 Dumplings are perfect in soup as well. They make it much more exciting and more filling. This recipe is a Finnish speciality, a hearty and clear beef soup perfect for cooler days or cooler climate. The dumplings are made of three ingredients: potato, eggs and flour. You can add the same dumplings to any soups. Try it with cream of mushroom soup!

It is a dumpling made in a little different way. Not boiled, not steamed but baked in the oven. A simple butter dough wrapped around a whole apple, baked in the oven. The golden-brown crust, cinnamon-sugar syrup, the soft apple and a scoop of vanilla ice cream on the top makes it irresistible. Already the scent is mouthwatering when the apples are in the oven. 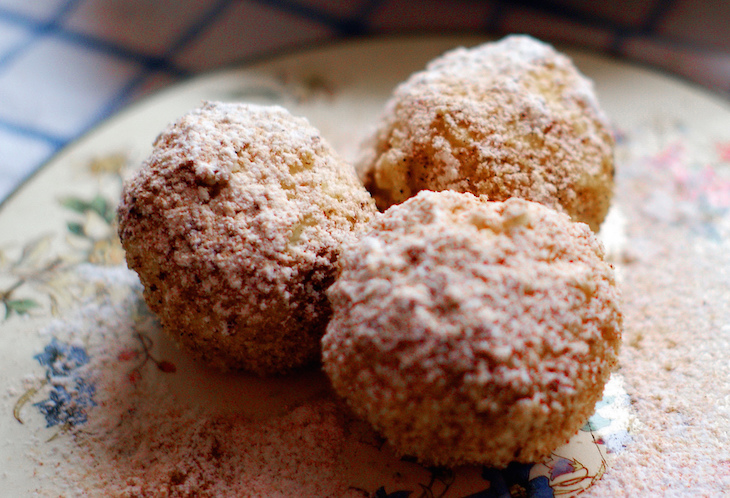 This traditional Hungarian dish, called túrógombóc is often served as a second course after a hearty Goulash soup in homes and restaurants. Made of a special type of curd cheese, more like ricotta (túró), semolina eggs and flour. You just have to mix the ingredients, leave it aside for 30 minutes. Form smaller balls, drop them into boiling water. Once they come on the surface fish them out, and roll them in toasted breadcrumbs. Sprinkle with icing sugar and sour cream. Click here for a special strawberry-filled version of this recipe. 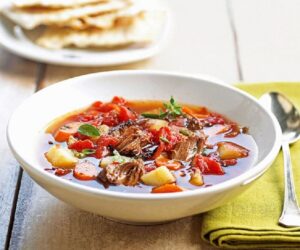 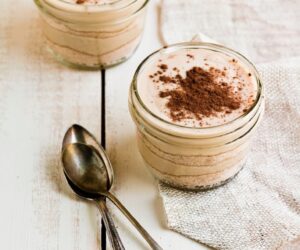 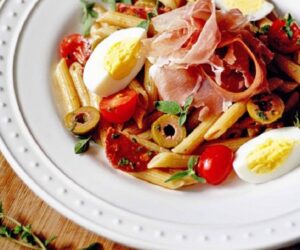