The 5 Most Addictive Drugs

There are many different substances that provide mind-altering effects. From feeling energized or feeling numb, there is a type of drug that induces whatever desired effect someone seeks.

Some drugs are easier to control and are less harsh in small doses, while others are extremely potent and addictive within the first couple of times of trying them. Individuals who are pondering experimenting with popularized substances usually have many questions, such as “is cocaine addictive?” or “how much alcohol does it take to black out?”

Knowing how strong certain substances can be can help you or a loved one avoid the pitfalls of addiction.

There are factors that play into how substances affect a person. Some of these have to do with the drug, and others deal with the person ingesting the drug.

Factors that make drugs more addictive can be:

The progression of science and technology has made many new drugs of abuse. Some of these are new variations in drug families that have been around for years, while other drugs haven’t changed much.

The top five addictive drugs are:

Let’s take a closer look at how each of these substances causes addiction.

You’ve likely read articles or watched news outlets talk about the current opioid crisis. This is because opioids are perhaps the most addictive substance in the United States — and the world — today.

Opioids account for many substances, both illegal and legal. Some are made synthetically, while others are made naturally from the opium poppy plant.

Some examples of opioids are:

These substances are depressant drugs, putting the body and mind into a state of relaxation. They are pain-relieving and numbing, and provide a rush of euphoria. People who use this drug typically “nod off” for hours, meaning they fall in and out of consciousness.

Other short-term effects of opioids are:

Cocaine has been around for many years. It’s affiliated with the lifestyles of those who live in excess because it delivers a quick energetic and optimistic feeling. However, cocaine abuse can prove devastating.

There are several ways to ingest cocaine. The most common form is snorting, which is the least addicting. Injecting and smoking (as is common with crack cocaine use) are the most addictive methods of use. These routes of administration send cocaine to the brain faster than snorting. It also makes the drug wear off quicker, creating a constant need for more.

Nicotine is sometimes forgotten about as a “drug” because it doesn’t have an overly powerful physical or mental effect immediately after ingestion. It’s also legal, unlike some opioids and cocaine.

But this doesn’t mean it’s not addictive. Nicotine is the main ingredient found in tobacco and is quickly delivered to the brain when smoked. It causes a small rush of energy and pleasure.  Oftentimes, people use nicotine with other drugs, such as alcohol, and smoke together in social settings. It can cause serious health problems, such as lung and throat cancer, and is a costly habit.

Alcohol is advertised heavily and is perhaps the most inconspicuous-looking substance since it’s so socially acceptable to consume on a regular basis.

However, alcohol is also highly addictive, quickly causing physical dependence. Alcohol delivers dopamine to the brain in large amounts. Because it’s socially acceptable and associated with gatherings, celebrations, and other events, people have a harder time giving it up than other substances.

But that’s where alcohol is dangerous. For those who have been abusing alcohol for some years, it’s nearly impossible to have just one or two drinks. Once a chemical dependence has formed, one drink can quickly turn into a binge.

Also being legal, caffeine’s effects don’t come on strongly. Caffeine is the main ingredient found in coffee and most energy drinks. It’s used to become alert and ready for the day.

Caffeine is perhaps the most ingested drug in the world, with coffee having a huge market that is sold to nearly all age groups and demographics. It dissolves in the body quickly, making some have several cups before they may feel physically uncomfortable or overly jittery.

Like other drug use, caffeine can cause withdrawals once ingestion stops. Even though some would say caffeine is harmless, this is only true if used in small amounts. Many find themselves having some sort of caffeine product every day, and extended use of any drug can create lasting impacts on the brain and body. 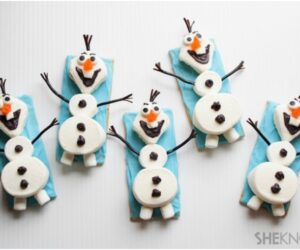 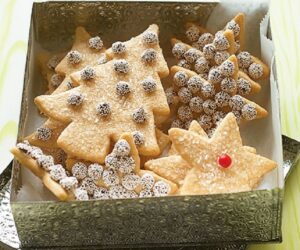