Are you looking for something refreshing in your makeup routine habit? We have an interesting idea for you, that contains all kinds of metallic colors that suit almost all types of skin, eye colors and can fit for every occasion. From party makeup, romantic dinner looks, casual daily makeup, whether you want to look gently or intrusive, or looking for something new.

Do not hesitate to put some metallic tones to your eyelids, it would brighten up your eyes and make you look fresh.
The metallic color has its own seductive power, so we guarantee that you would look and feel amazing wearing it. Try these interesting ideas, and tell us your thoughts about them. 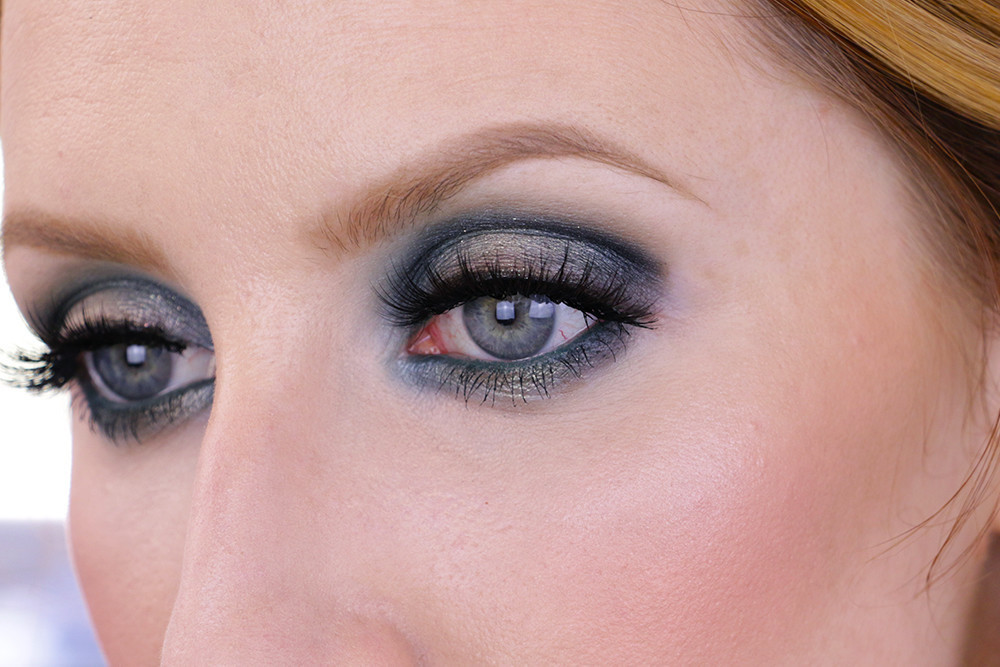 An amazing metallic mermaid kind of look. All colors use are with a metallic finish. To get this look start prepping your eyes to keep the shadows last longer by using an eyeshadow primer. This tutorial has also used a bronzer as a base on the eye crests. Followed by metallic blue, platinum, and black. Blending the eyeshadows quite important to get this look. Repeat the same on the bottom of the eyes, and you can finish it up with eyeliner and mascara. 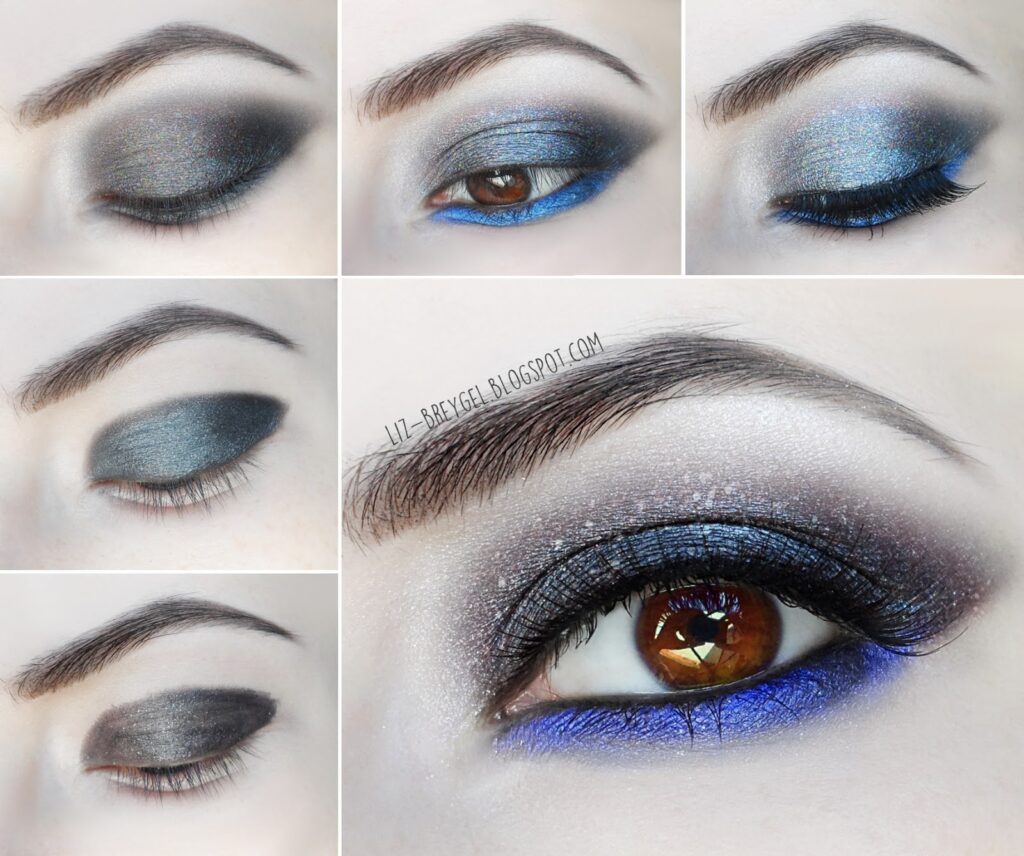 This metallic makeup look represents smokey eyes. But here the play with colors is unusual and different compared to the regular smokey eye makeup. The focus is on the bottom of the lash-line instead of the top. And that is achieved by applying a strong blue shadow underneath the eyes. For the eyelid, this tutorial uses dark metallic glittery shadow blended well with a lighter shade, grey. Add some pop to this look by adding a blue shadow on the lower lash-line (or choose any strong color that might suit you better). Finish with black eyeliner and mascara. 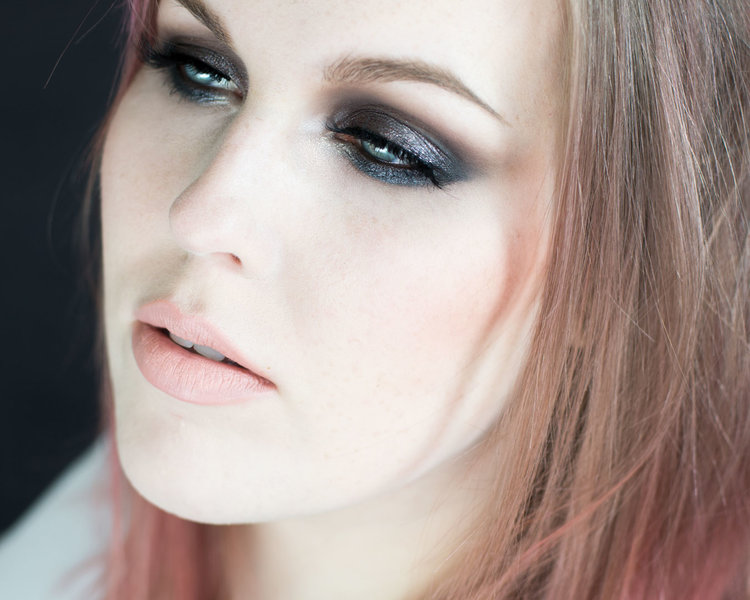 This metallic look is better worn on the cooler days and winter months. Its dramatic look will defiantly turn some heads around! Use a primer to fix the eyeshadows and apply your light grey shadow to transition from your natural skin tone and eyeshadow shades. The base is built with a pencil, then a gunmetal shadow on top, and is well blended with a blending brush. The same is applied on the lower lash-line and finished with eyeliner and mascara. 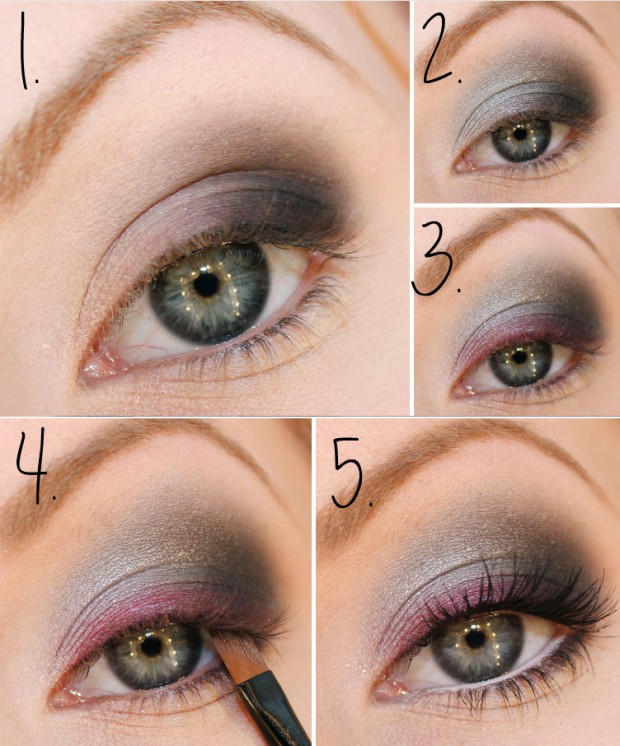 A lovely mix of eyeshadows achieving both metallic and smokey eye look. The tutorial uses three different eyeshadows for the eyelid. Starting with the darkest of them the black. The black is applied at the end of the globe line to the center. And the inside of the eyelid has a grey shadow that is blurred with the black shadow. Then the pink shadow on the upper lash-line and a bit wide. End this look with a white eyeliner for the bottom lash-line and black mascara.

Prime your eyelids using soft white or light grey shadows to start with. Then, add depth to your eyes with a medium grey shadow into the crease and outer corner of the eye. Trace your lower lash line with the same brush to add the same depth. To the outer corner of your eye add gunmetal shadow to achieve a shimmery effect. To take this look to the finish level, apply black glitter to the outer half of your eyelids, and black mascara for your lashes. 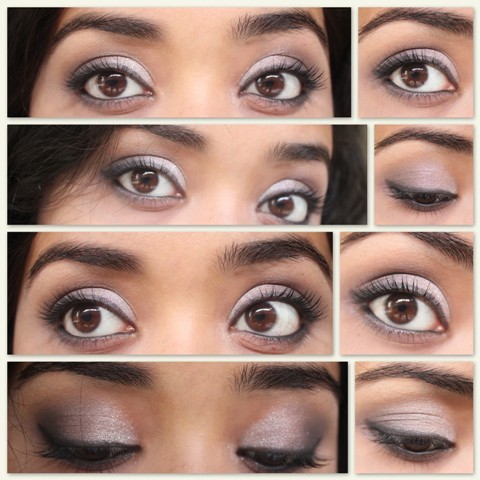 Start by prepping your eye for long-lasting makeup. The next step is to apply metallic silver eyeshadow to the inner third of the eye (the shinier this shadow the more metallic effect you get). To start building up your eye makeup, use a very little amount of purplish silver shadow, and pat it on the outer two-thirds; but again do not blend just build. Next, is to apply kohl or eyeliner on the waterline and tight-line your eyes. Mascara for the eyelashes and you are done.

Glittery, cold, and colorful makeup look. On the entire eyelid apply silver mousse eye shadow that will add shimmery and glittery effects. For the inner corner and the bottom lash-line, this tutorial uses silver eyeliner (that you can alternate with a silver eyeshadow). To make the upper and the bottom lash lines different, use black for the top and blue for the waterline. The same rule applies to the mascara; for the upper lashes have black and the bottom blue mascara.

Rather simple yet very gorgeous makeup look. Especially goes well on green eyes. So, for this look start applying silver eyeliner around the entire eyelid, both top, and bottom. On top of the eyeliner add grey eyeshadow, it will set the makeup better. Then, blend the lower lash line with a black shadow; don’t repeat this step on the upper lash line, because instead, you will have to apply a black eyeliner and a bit of wing at the end. Finalize with black mascara on all lashes. 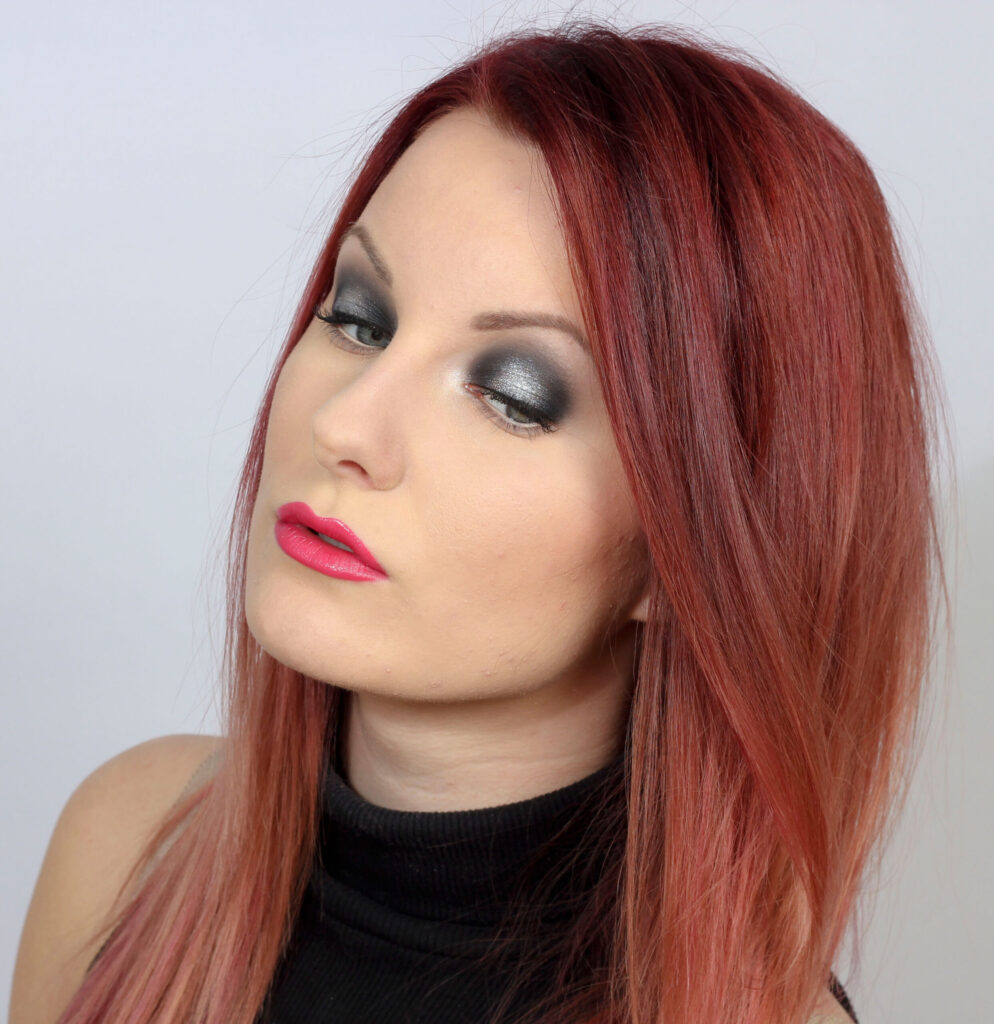 The entire focus in this makeup goes in the upper eyelid. So, first, apply dark grey shadow on the center of the eyelid and the entire globe line. Then, fill the empty space on the inner and the outer eyelid using black eyeshadow. On top of the grey shadow, in the middle of your eyelid, brush on a glittery metallic top-coat to enhance the eyeshadow and finish this look with black eyeliner and mascara. The lower lash-line should be left plain. 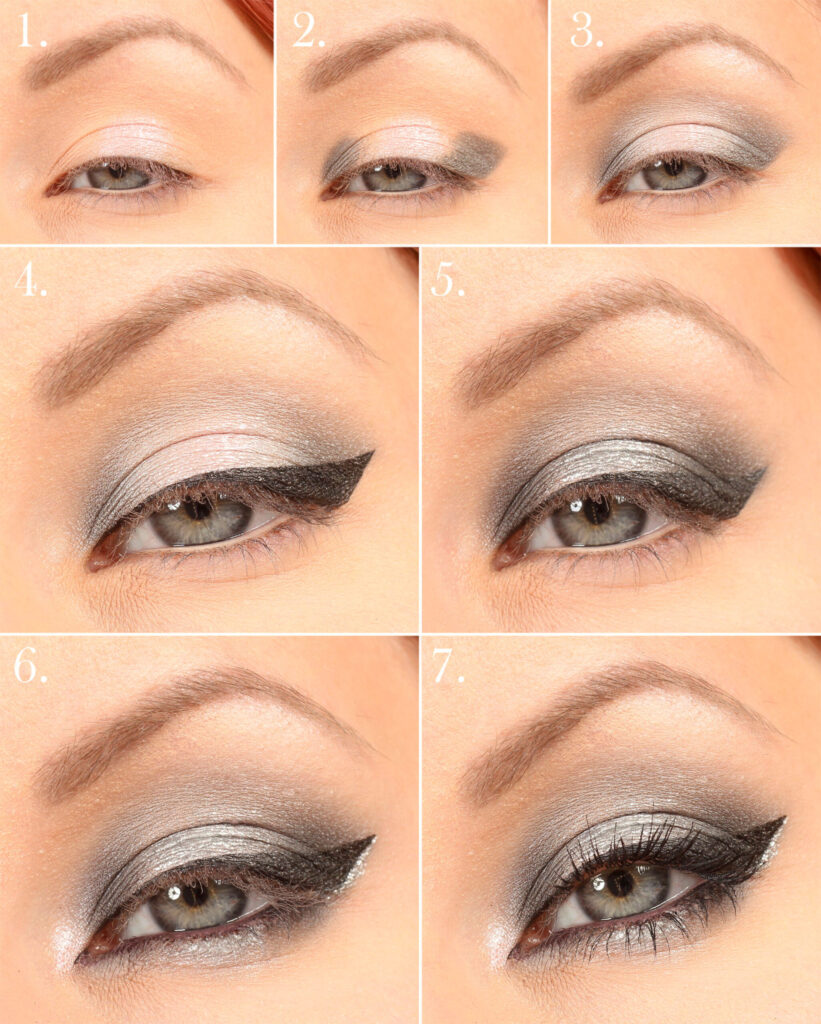 Quite a unique look using metallic silver shadows and eyeliner. To start with, as in the photo, is to apply a light pink shadow in the middle of your eyelid, then fill up the inside and outside of your eyelid with grey eyeshadow. Blend them using very light grey and add to the globe of the eye too. Although might not be as visible in the photo, but the model has two eyeliners silver and black. The black one is rather focused on the end of the wing of the eye, while the silver dipped in the middle of the eyelid. Enhance your lashes with black mascara. 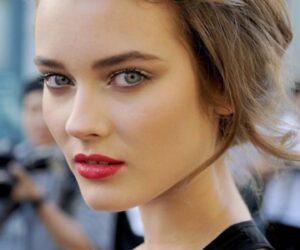 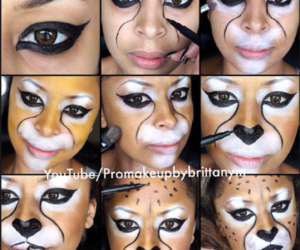 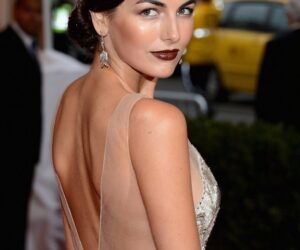