Travel and photography simply go together. I am sure that there is no place you have been at least in the past 15 years that you haven’t made any photos of. Nowadays, every one of us carries two cameras on average.

Yes, that is correct! The first is the one whose main function is to take photos, while the second one is, of course, your smartphone. Here are the 10 most photographed cities in the world. Have you ever been to some of them? 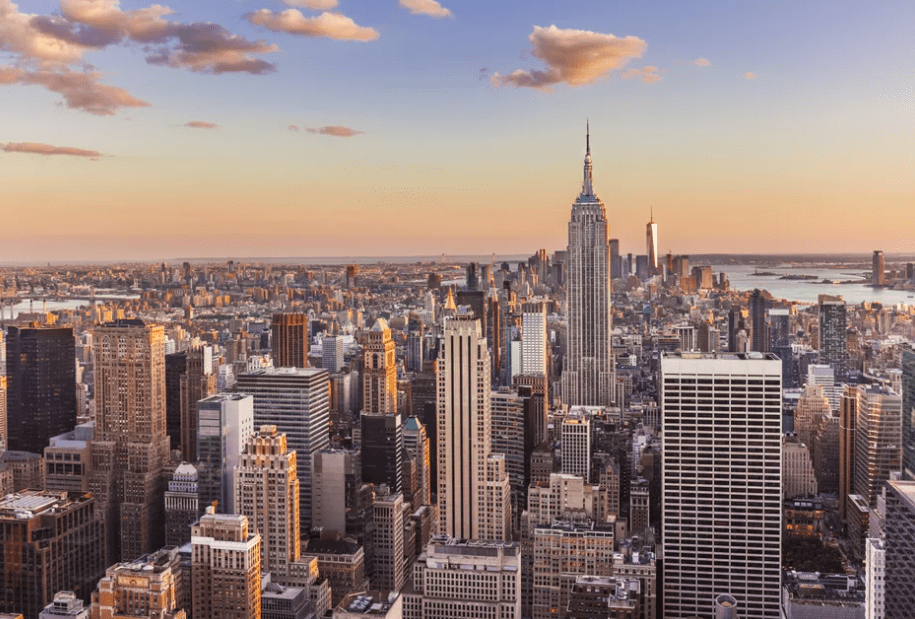 NYC, is without a doubt, year after year the most photographed city of all times. From skyscrapers to more skyscrapers, to hidden gems within the city such as secret gardens, the Statue of Liberty, the thousand different restaurants and bars, entertainment, Central Park, and the list goes on. It is such an eclectic city that one could take a hundred pictures a day without really noticing it. Over 200,000 pictures were taken in 2019 uploading onto Dreamstime platforms. 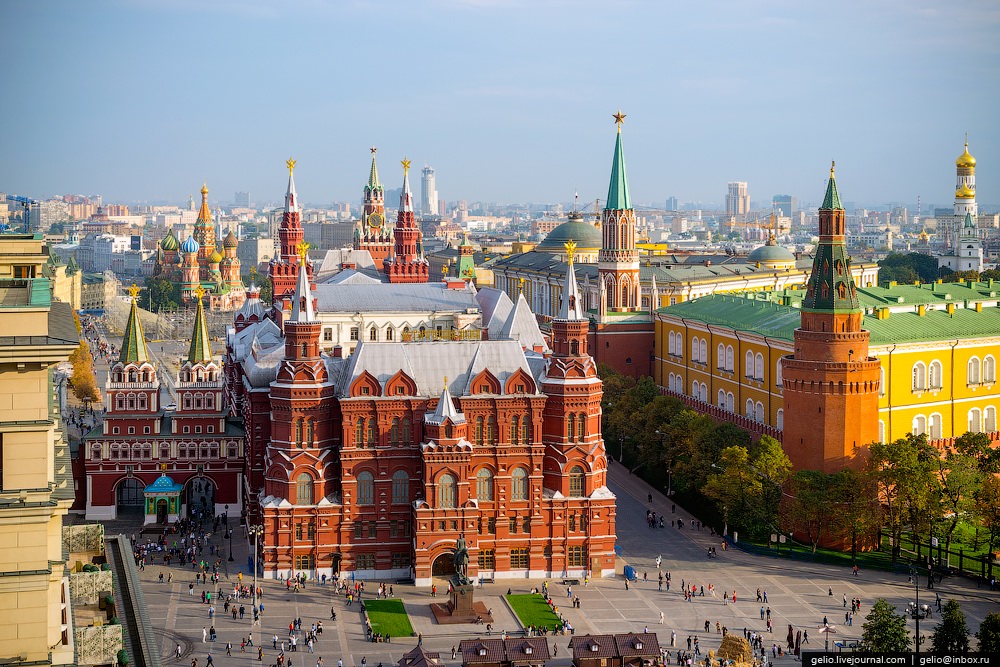 Thanks to a sudden burst of amateur photography enthusiasts, Moscow has bumped up the top 10 recently. And no one can not understand the reason being. Thanks to the audacious and formidable architecture, the thousand arrays of colors onto the monument, and various buildings, the city has tons of things to love and picture. From the famous Red Square to the Kremlin Walls, imposing cathedrals, Lenin’s Mausoleum, you have an abundance of choice. A whopping 130,000 pictures were uploaded during 2019. 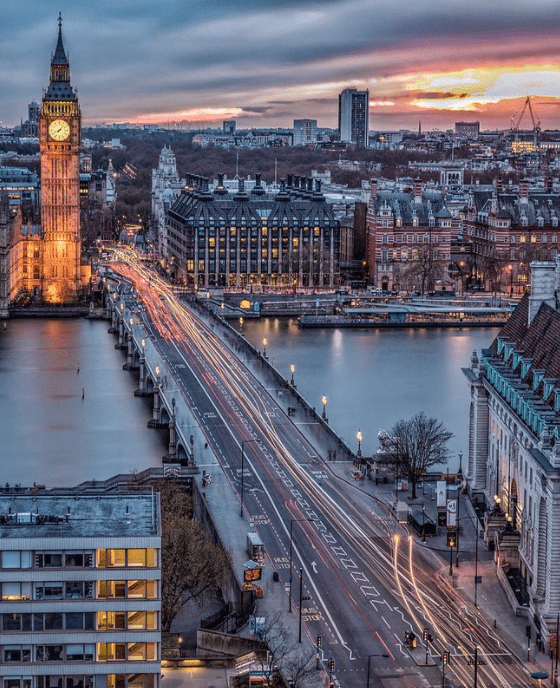 It is always a fight of the fittest between Paris and London, but in 2019, London came victorious with around 80 thousand pictures taken and upstreamed. There are very generous areas where one would definitely take their smartphones out and start clicking; also a city bathing in history and culture, art, theater, the many famous markets, and restaurants, to fashion, there is a bit of everything for everyone. And this is not so dissimilar to NYC, being a trendsetter. The old architecture attracts the likes of Trafalgar Square, the house of parliament, the London Eye, Buckingham Palace, Big Ben… 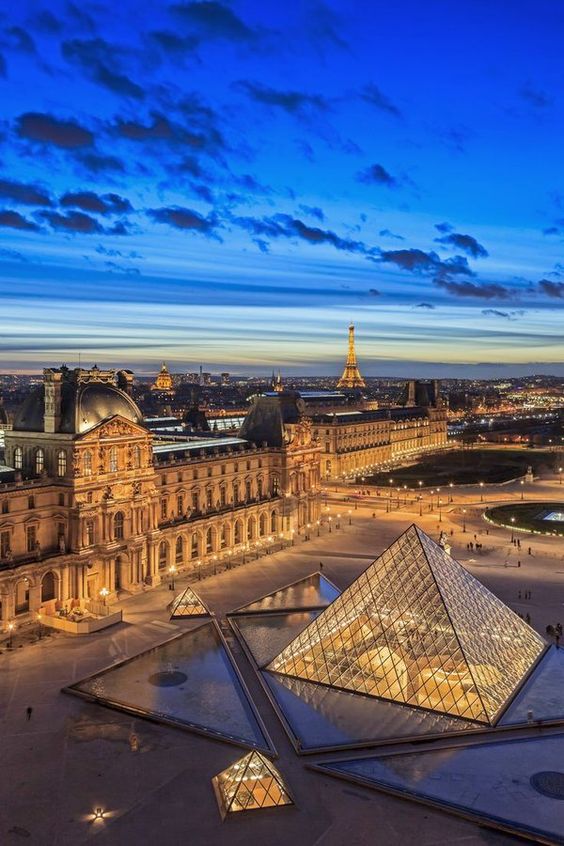 Another classic and similar to London, Paris stays one of the people’s favorites when it comes to photography. The city like its English cousin – London, has many millions of tourists each year coming into marvel at the history in front of them, the many famous landmarks such as the Eiffel Tower, the Arc de Triomphe, Montparnasse, the Musee du Louvre and so many more. You have a lot of miles to walk through within the city, and 3 days is highly recommended. Around 70,000 pictures were approved on Dreamstime. 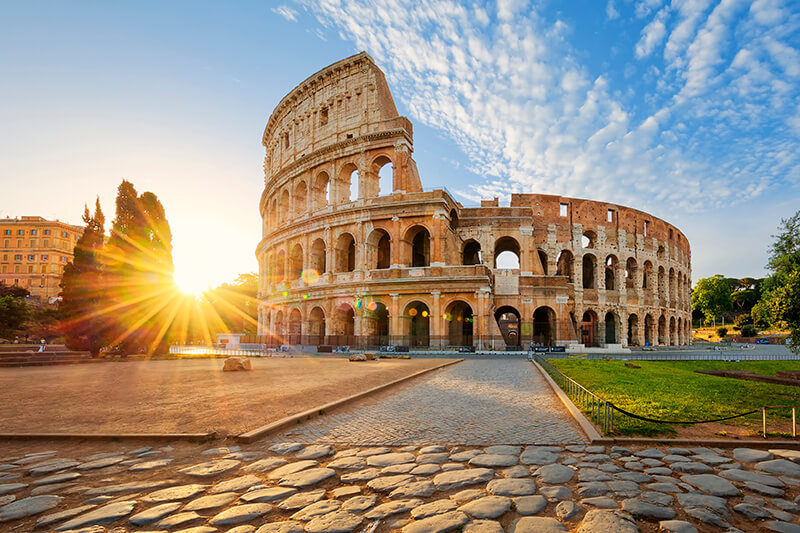 From the beloved and epic Coliseum, the Trevi Fountains, the Pantheon, and the thousands of ice cream parlors, there is so much to photograph that it is unreal in Italy’s capital, Rome. Catching up in Paris, at 67,000 pictures is rather impressive still. One of the most beautiful cities within Europe having millions of visitors year on year for its rich history, architecture, and of course, meters away, the home of the Catholic Church, Vatican City where one can get a glimpse of the Pope for Sunday Mass. The many restaurants and trattorias will have very photogenic dishes to die for. 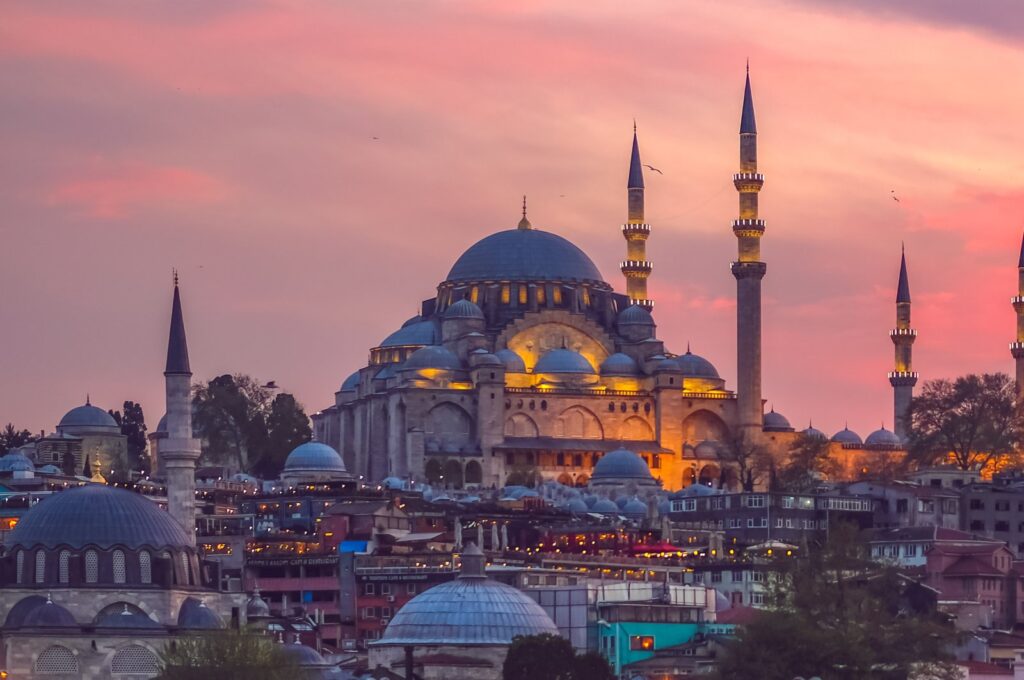 Istanbul is one of the most diverse cities in the world and has created a big momentum towards tourists due to the city’s many famous moments and sights. These can be from Taksim Square, the Bazaar, Galata Bridge, and the many boat cruises. Culinary-wise, there is so much to photograph. The dishes are spectacular; so much so you would wish to add smell to each photograph for others to appreciate just how good the food is. There are also less crowded and more authentic parts of Istanbul, being totally away from your comfort zone – but little gems parceled all around the city. Account for around 50,000 plus pictures uploaded on Dreamstime. 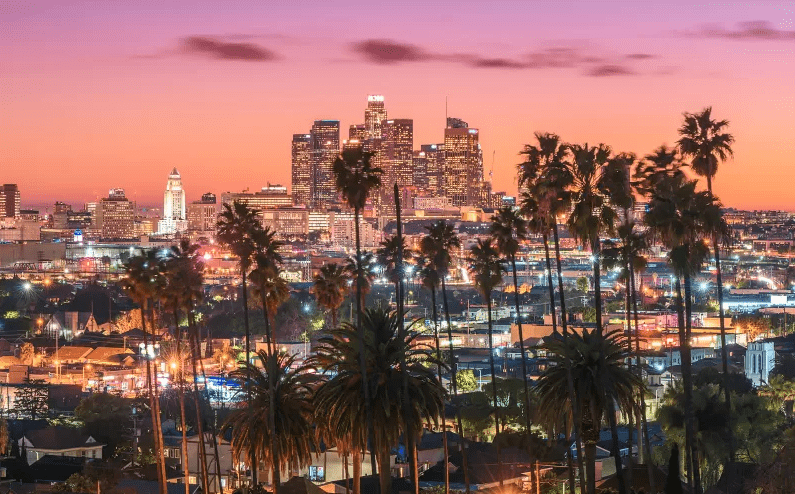 Would you believe that the city is eleven times greater than Paris? It is enormous by any means. The diversity as you would expect is next to none, catering for an abundance of movie stars, A Lists, and is a real epicenter of culture. You will find within the city, Beverly Hills, Santa Monica, Hollywood but of course, Venice and Pasadena. You will also be welcomed by a natural botanical garden, the many theaters, and art museums. On Sunset Boulevard if you have spare change, you will find a wide selection of designer clothes shops fit for royalty. 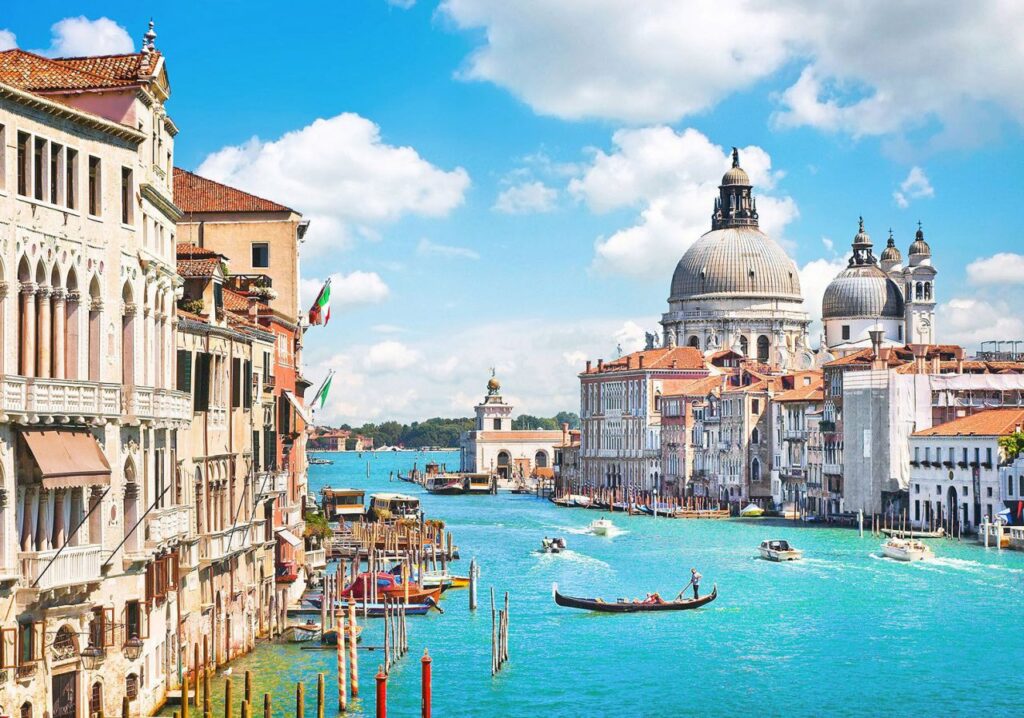 It is almost mandatory to take a gondola in Venice. One, because there are no roads so if you’d like to visit places then the Gondola it is, with your own personal gondolier chanting away getting the true Italian exuberance and once-in-a-lifetime experience. It is such an idyllic destination to start clicking your camera away taking hundreds of pictures, but as in any big city, the place does get crowded especially during the summer months. Tip, get there in June or towards September time to have a little more peace and quiet and have plenty of time to focus on quality time. Get over to San Marco Square, and Doge’s Palace. Many Taverns will warmly welcome you where the culinary experience is terrific. 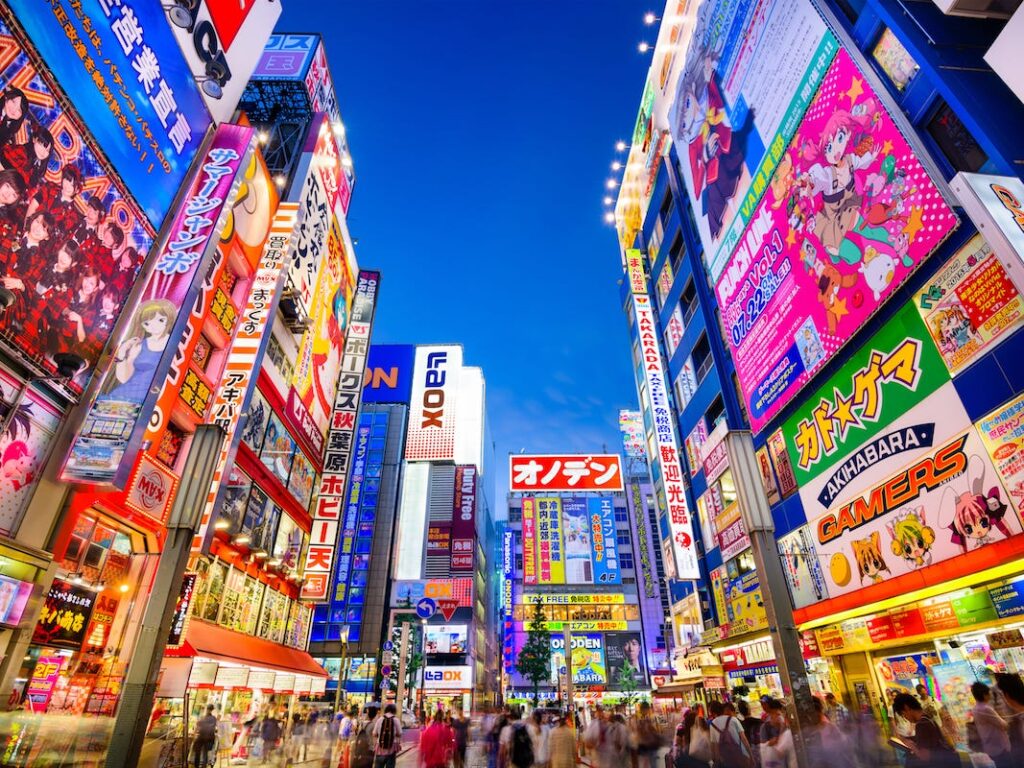 The city of neon lights will blind you so best take the pictures quickly enough! A spectacular and crazy busy place not for the faint-hearted. It’s a huge city, it’s vibrant and colorful and an experience not to be missed. This is why millions each year decide to venture into the epicenter of technology and the historical culture mixed in one. The vast array of skyscrapers, the super fashionable and eccentric fashion trends, the Imperial Palace, and the incredible green spaces within the busy city is terrific. A breathing and different destination and no wonder why so many of us are intrigued and excited to be in the city. You’ll even get to see the Japanese Eiffel Tower, the Tokyo Skytree, and do not miss out on the Golden Gai. 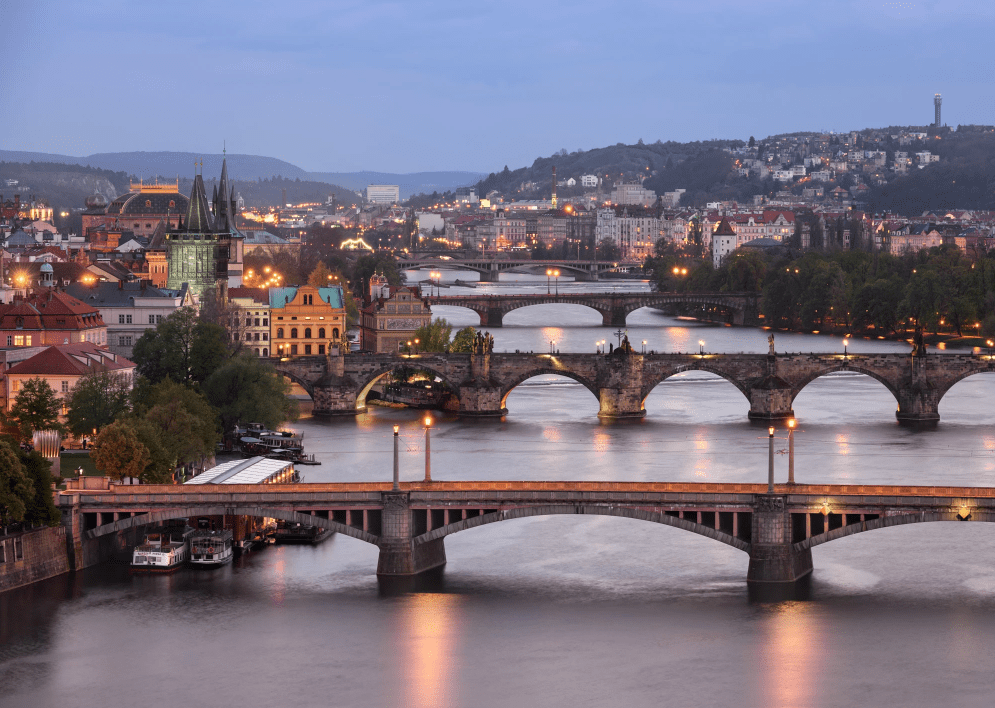 Prague in not many words shares a similar history and architecture as Paris. The building and the many moments are all spectacular. The city still is making an effort of cleansing the famous monuments and slowly the city is reviving, respecting the old with the new. A spectacular space to be and to visit. Walking through the city, you do feel the renaissance, the gothic and art nouveau architecture, the castle, the golden streets, the old town, Charles Bridge…in all, the most photographed city in Eastern Europe; and proudly so. The city is so rich in recent history so make sure to make time for a historical tour to remember. 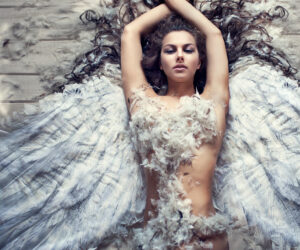 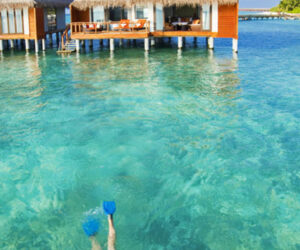 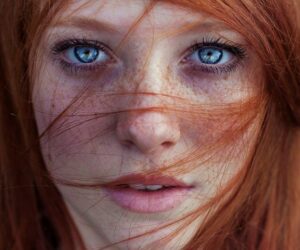