Years before man evolved and moved to the top of the food chain, cats played the role of the most powerful predator in the world. This might come as a surprise, but cats were among the most successful predators. Even today, some big cats sit on top of the food chain. Remember, the family of cats involves tigers, jaguars, lions, and leopards. What are some of the prehistoric members of the cat family?

How our cats have evolved? Like most prehistoric animals, prehistoric cats had a bigger size. They came in larger, heavier, and a more robust body.

For comparison, today’s African Lion weighs up to 550lbs or 250kg. Male Siberian tigers reach weight between 400lbs and 675lbs.

Here are some of the bigger and stronger cats in prehistoric times.

This saber-toothed cat lived during the late Miocene period in Europe, Asia, Africa, and North America. For info, that period came some 10 to 5 million years ago.

Skeletal and life reconstructions give us an idea of how this cat looked. He reached the size of 3 feet and 11 inches at the shoulder. And he also reached 6 feet and almost 7 inches in length. Those numbers would make him one of the largest felids.

Think of a lion-sized cat, but more robust and with more muscle mass. He hunted as an ambush predator. This cat had short legs that couldn’t sustain long chase.

He had a noticeably narrow skull compared to modern cats of the genus Panthera, like tiger, jaguar, leopard, and lion.

The name implies the big difference with today’s cheetah comes in size. This cat belongs to the same genus as our modern-day Cheetah. They looked similar, only in a bigger size.

The Giant Cheetah weighed between 260lbs and 330lbs, making it as large as the African lioness. With such a big size, the cat could take on larger prey than its modern counterpart.

The prehistoric animal could also run fast, but not as fast as the modern Cheetah. The extra weight would put more pressure and made it slower. Yet, some experts believe that because of the longer legs and bigger heart and lungs, the Giant Cheetah could run even faster.

An extinct member of the saber-toothed cat, this cat was one of the biggest prehistoric feline animals. Weighing between 500lbs and 900lbs, and with a length between 5 feet and 6 feet, the Xenosmilus was larger than most saber-toothed cats.

With a more robust body, this cat looked very powerful and scary.

Some fossils suggest he had tiger-like features. What we know is his size. He was a huge predator, weighing more than 450lbs. He sat at the top of the food chain in Europe some 1.5 million years ago.

Scientists have found fossils in Germany, France, England, Spain, and the Netherlands.

Speaking of the large members of the prehistoric feline family, the American Lion was one of the largest. He was 25% larger than modern-day African lion.

This cat had a head-body length between 5 and 8 feet. He stood up to 4 feet at the shoulder. Weighing up to 900lbs, the American lion could hunt anything he wanted.

This extinct subspecies of tigers lived in the Sundaland region of Indonesia during the Pleistocene period. Scientists found fossils in the village of Ndandong. And that is where the name comes from.

So far, they have found only seven fossils, making the study difficult and challenging. Some estimates put the male tiger at more than 1,000lbs of weight. That makes it heavier than the Bengal tiger.

As you can notice, many prehistoric animals have only Giant in front of their modern-day name. That is because we do not know their original name. Jaguars of today are smaller cats compared to lions and tigers. But their prehistoric counterparts could go toe to toe with lions and tigers. For example, modern Jaguars weigh between 150lbs and 220lbs, with the biggest registered at 330lbs. That makes it the size of an African lioness.

Giant jaguars had longer limbs and tails than modern jaguars. They lived in similar areas with lions and other big cats. But that competition forced them to adapt to more forested environments, where they developed their modern short-legged appearance.

There are two subspecies of prehistoric giant jaguars. One from North America and one from South America. Both went extinct during the Ice Age.

The common name for this cate is Scimitar cat. He was one of the most successful felines in prehistoric times. Found in North and South America, as well as Europe, Asia, and Africa, this cat could adapt to a variety of habitats.

This pack hunting cat adjusted to fast running and active hunting mostly during days. That is how he avoided competition with nocturnal predators. His long forelegs and shorter hind legs gave him a hyena-like appearance.

They could hunt mammoths, but also chase fleet-footed animals thanks to their ability to run at high speed.

This is the largest prehistoric cat, and one of the most famous prehistoric mammals. Famous as the saber-toothed cat, the Smilodon had a more robust build than any other cat. He had well-developed forelimbs and long upper canines.

His jaw had a bigger gape than any modern cat, giving him the ability for precision killing. This cat had a reduced lumbar region, high scapula, short tail, and broad limbs.

But his most prominent feature is the long canine teeth. Scientists have found some really long teeth, with the longest tooth at 11 inches in length.

While many call him the prehistoric saber-toothed tiger, he has no close relations with the modern tiger. He primarily hunted large mammoths.

This gigantic subspecies of lion weighed more than 660lbs. He was among the most powerful and dangerous predators during the Ice Age in Europe. Many animals feared him, and prehistoric humans worshiped him.

You can find many cave paintings and statuettes depicting the Cave Lion. Fun fact: these paintings show the animal with no mane, barely a ruff around the neck. That makes him similar in appearance to modern-day tigers.

Some paintings also show him with faint stripes on the legs and tail. This makes scientists believe he had a closer relationship to the modern-day tiger. But genetic studies on ancient bones show he is a lion. But according to cave artists, an unusual-looking lion.

Smilodon might have earned fame as the saber-toothed tiger, but the short tail and different body are different than the modern tiger.

Machairodus, on the other hand, looked more similar to the gigantic tiger with a saber tooth. This cat had tiger-like proportions and a long tail. There is no evidence of stripes or spots on the fur.

Scientists have found fossils in Chad, Africa. Studies also show he weighed more than 1080lbs, making him one of the largest cats of his time. 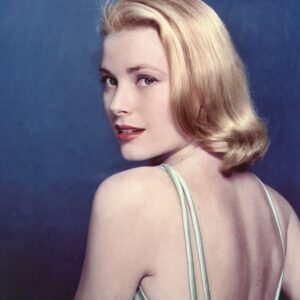 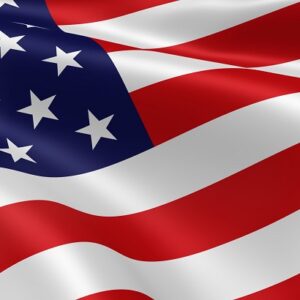 Top 10 Most Popular US Presidents Of All Time 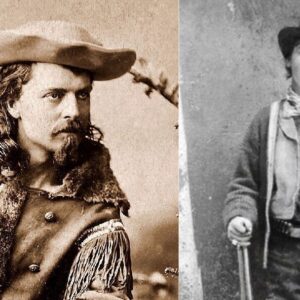