Europe, the old continent, has such a rich culture no matter in which country you are. Each of them has its own spirit and story, and without a doubt, architecture is one of the rare things that can take the breath away. Baroque, classicism, modern, and other styles of architecture is what make Europe so unique.

If you enjoy the beauty of history seen on buildings, check out these ten fascinating examples. These ten Royal Palaces in Europe belong or used to belong to royal families, so no wonder why their interior and exterior are so close to perfection!

Next time when you have the opportunity, visit one of the palaces below and let the beauty around inspire you.

1. Pena National Palace – One of the most amazing Royal Palaces in Europe 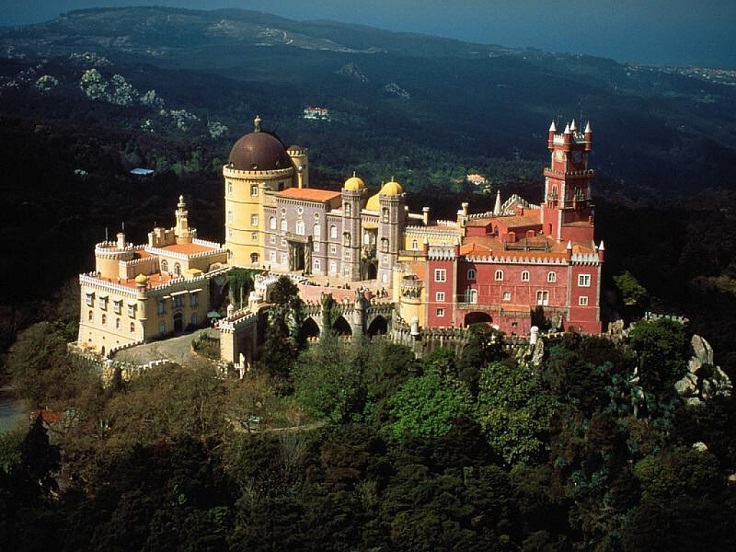 The Pena National Palace is considered one of the Seven Wonders of Portugal and a UNESCO World Heritage Site. The palace is built in the 19th century for king Dom Fernando II, who used the palace as a summer residence for the whole royal family. It is located on the top of the Sintra Mountains, and if the day is clear enough, the palace can be seen from Lisbon. The palace’s design is under the influence of Romanticism, but it also includes a little influence of other architectural styles, such as Neo-Gothic and Neo-Renaissance. Unfortunately, this beautiful palace is closed at the moment because of restoration works, but you definitely should put it on your bucket list. 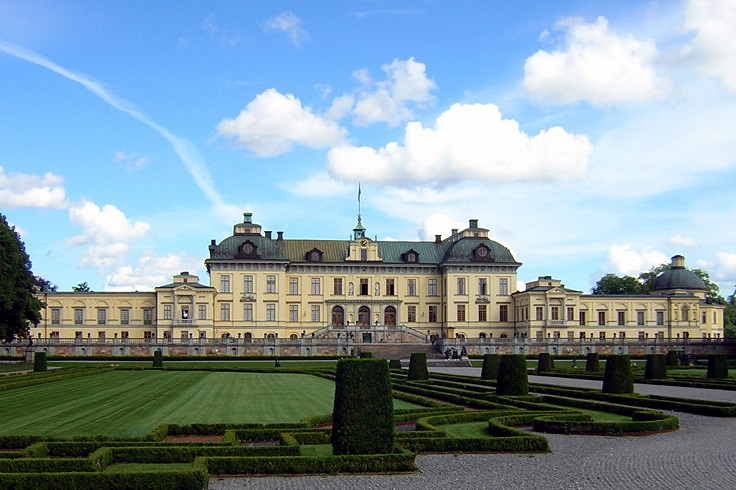 The beautiful Royal Palace in Oslo was first used by King Oscar I in 1849. It is located on Bellevue hill and is surrounded by a gorgeous green garden, which was also planned to represent the Romanticism movement. The palace is built in Neo-Classicism, and it has 173 rooms. The Royal Palace, where the Norwegian King and Queen live today, is open for the public since 2002 but is open only during summer. There are guided tours during summer, so if you’re heading for Oslo this period, make sure to book some tickets. 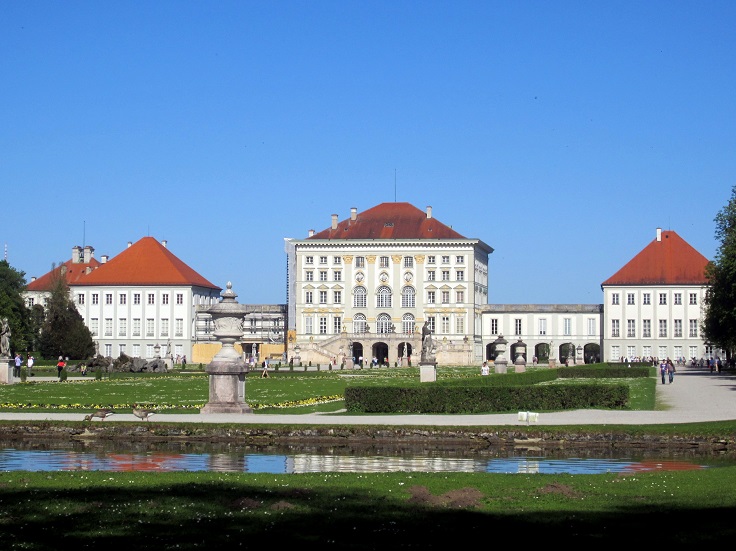 The Nymphenburg Palace, or the Castle of the Nymph, is located near Munich, in the German state of Bavaria. It was designed by the Italian architect Agostino Barelli in the 17th century. It served as a summer residence of the long-awaited born son of the Bavarian elector and his wife. The palace is built in the Baroque style, and some rooms still keep the original interior, while others have been redesigned in Rococco or Neo-Classicism. At first, the palace had its own park, but when Max Emanuel, the son of the Bavarian elector, grew up, he expanded the gardens, and today they are known as the Nymphenburg Park, one of the most visited places in Munich. 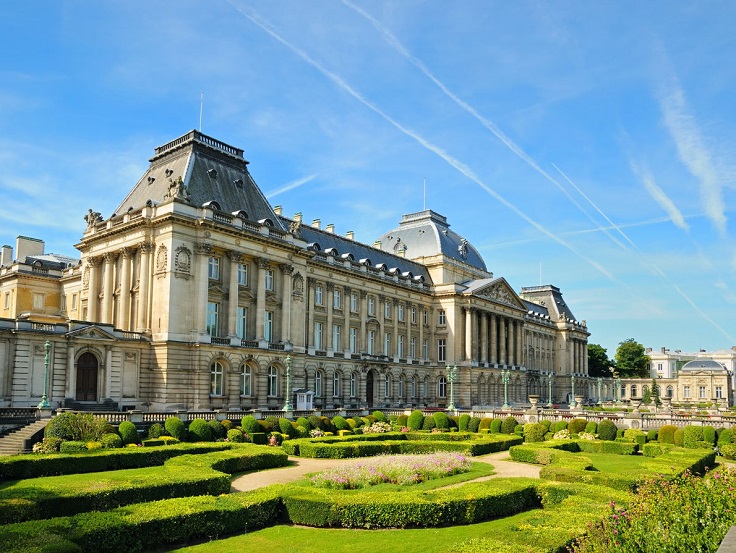 Located in front of Brussels Park, the Royal Palace was built on King Leopold II’s initiative. The Palace was built after 1900, and it was constructed on the ruins of Coudenberg Castle, a very old, medieval building. It is separated from the Brussels park with a big square, known as Place des Palais and is open to the public. But, this Royal Palace isn’t special just because of its aesthetics or historical value. In fact, inside the palace, there are many precious belongings of the royal family, including portraits and furniture of Napoleon, King Leopold I, and Leopold II, to name a few. 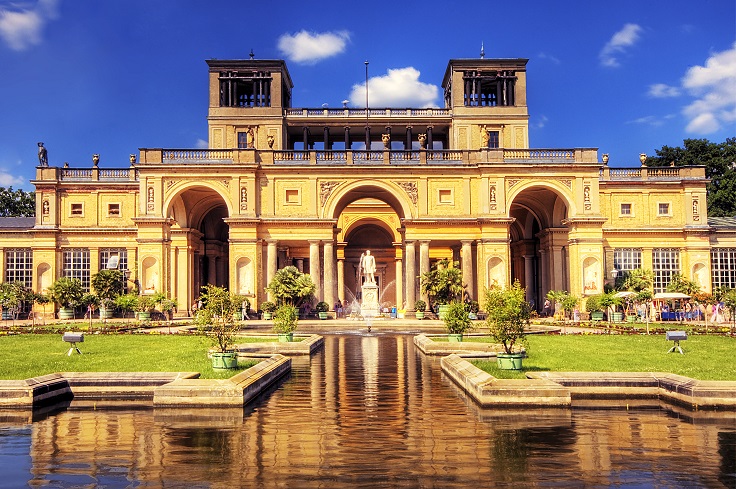 The Royal Palace known as Sanssouci is located near Berlin, in the city of Potsdam. The Palace used to be a summer residence of the King of Prussia, Frederic the Great. Everything is designed in the Rococo architecture style that reflected a carefree lifestyle, which really suited Frederic the Great’s needs, who wanted his residence to amuse guests. His wish came true because the palace was and still is so beautiful that today it is considered the German rival of the French Versailles. But, the palace isn’t the only thing that you will find fascinating – the big, green gardens are full of flowers, terraced vineyards, and a huge fountain in the center.

One of the fascinating buildings in France and throughout Europe, Chambord is a true combination of medieval and Renaissance architecture. It is located in Loire Valley, and it used to belong to French Kind Francis I. The Palace was cherished at the beginning of its construction and opening, but some furniture was sold after the French revolution, and the palace was abandoned for a long time. Today, the Chambord Palace is open to the public, with hundreds of thousands of visitors every year. This gorgeous piece of architecture deserves all the admiration, and who is the one who designed it is yet a little mystery, although some sources say this was a work of Domenico da Cortona. 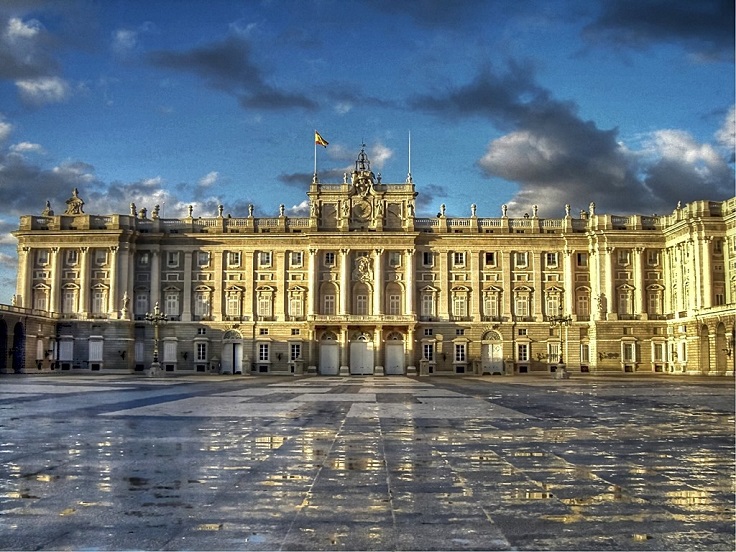 This fascinating palace belongs to Spain’s royal family, but it is not used as their residence but rather as state ceremonies. It is located on Bailén Street, in the city of Madrid. Today, where the palace is, centuries ago there was an old castle burned down on Christmas day in 1734, so King Philip V decided to build a new palace on the same palace, a palace so beautiful that it will be the best among any other in Europe. However, even though Palacio Real made it to the most beautiful in Europe, it is still the largest of them all when it comes to floor space because it has 3.418 rooms!

One of the most famous attractions in England, Buckingham Palace, is the British monarchy’s official residence since 1837. Today, not only do royals live here, but they also do the administrative work. Originally, the palace is also known as the Buckingham House, and it was built in 1701 as the house of Duke of Buckingham. It has more than 800 rooms, and its’ gardens are the biggest in London – no wonder why more than 450 people work here! This historic beauty survived the time, but bombings as well – during World War II, the palace was bombed seven times! 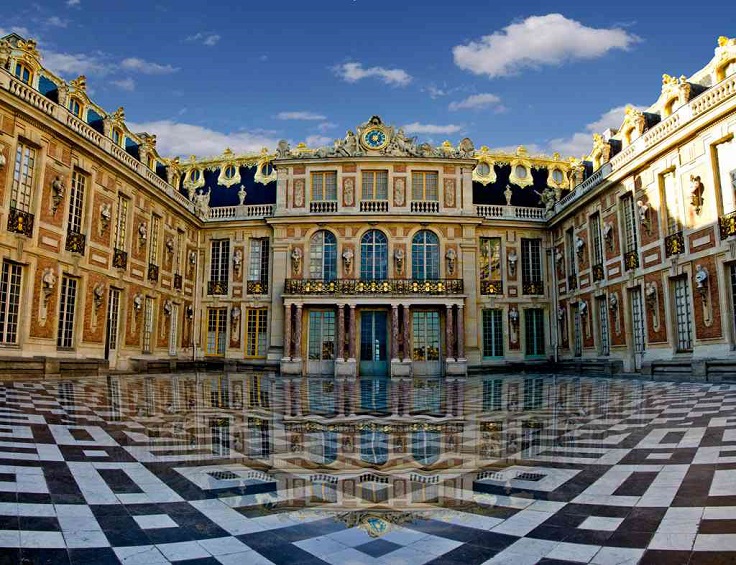 For so many, this is the most beautiful of them all. Located about 10 km away from Paris, in the Ile de France region. It was built in the late 17th century for King Louis XIV. It has more than 700 rooms, and there were working more than 3.000 people on the whole construction. It is estimated that a building like this would cost approximately 2 billion to make today. But, the interior and exterior of the palace aren’t the only things so fascinating. Versailles gardens cover more than 30.000 acres and contain 400 sculptures and 1400 fountains. 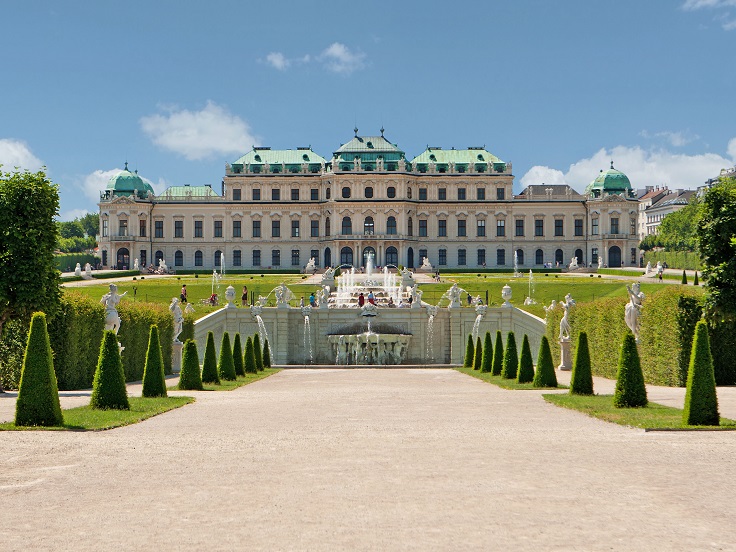 Going to Vienna and not visiting the Schonbrunn Palace is the biggest mistake ever! The palace is one of the most popular and appreciated monuments in Austria. It is declared a UNESCO World Heritage Site in 1996 and is open to the public, but visitors can see only 40 out of 1441 rooms. The palace used to be a royal summer residence, and many famous people were here at some point. One of the most famous musicians of all time, Mozart, had his very first concert in the Mirror Room. Schonbrunn Palace is a real piece of baroque architecture with an amazing garden with flowers, fountains, and even a maze. 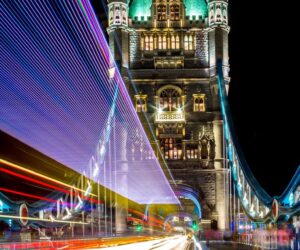 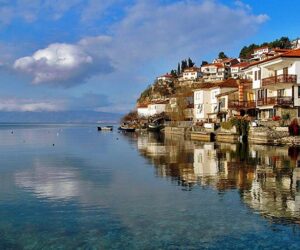 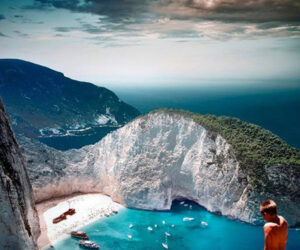