The Roman Shade is a type of window coverings, the simplest and one of the oldest window treatments with a flat shade that can be raised or lowered with a cord. Roman shades are so named because of the large retractable awnings used in Rome’s Coliseum for sun protection. These shades were held out on large poles and “pleated” back on themselves when they were retracted, much like modern roman shades work. Roman shades are available in a variety of styles. While the body of a Roman shade is started out as flat and smooth; today there is a variety of styles from Relaxed to Pleated and Hobble. Moreover many different kinds of materials, from wood to fabric, can be used to create Roman shades, as well as natural materials such as bamboo. And why buying Roman shades when you can make them?!

Here are top 10 DIY Roman Shades ideas to inspire you to use them in your home and give the finishing touch of rooms! 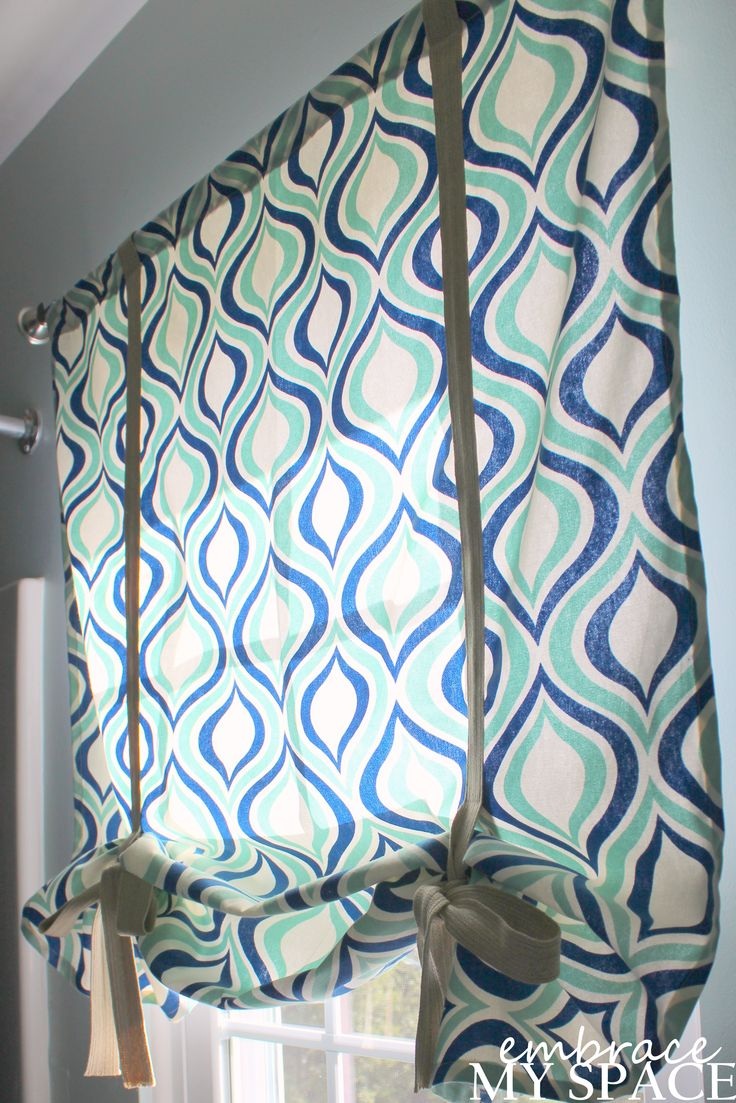 One interesting style of Roman Shade is tulip, which is very simple to make all you have to do is to take right measurement of your window. You can find here all then supplies that are needed for this type of shades. 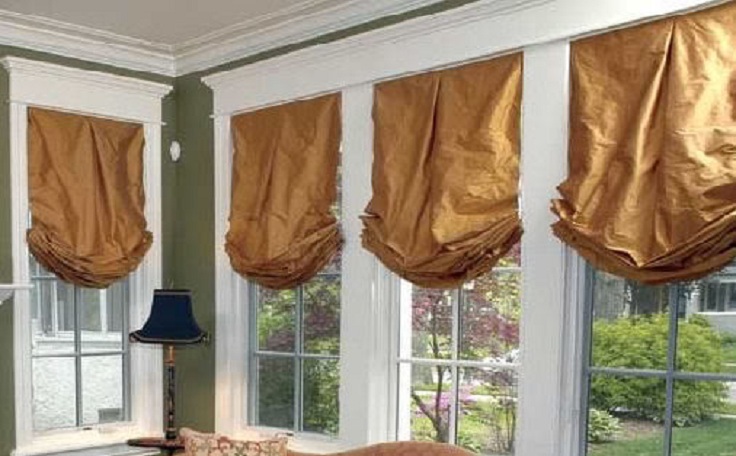 For the elegant look of your living room you can make this beautiful relaxed Roman shades. Different type of fabric with variety of colors can be used for this type of shades. Here is a step-by-step tutorial which explains all the details. 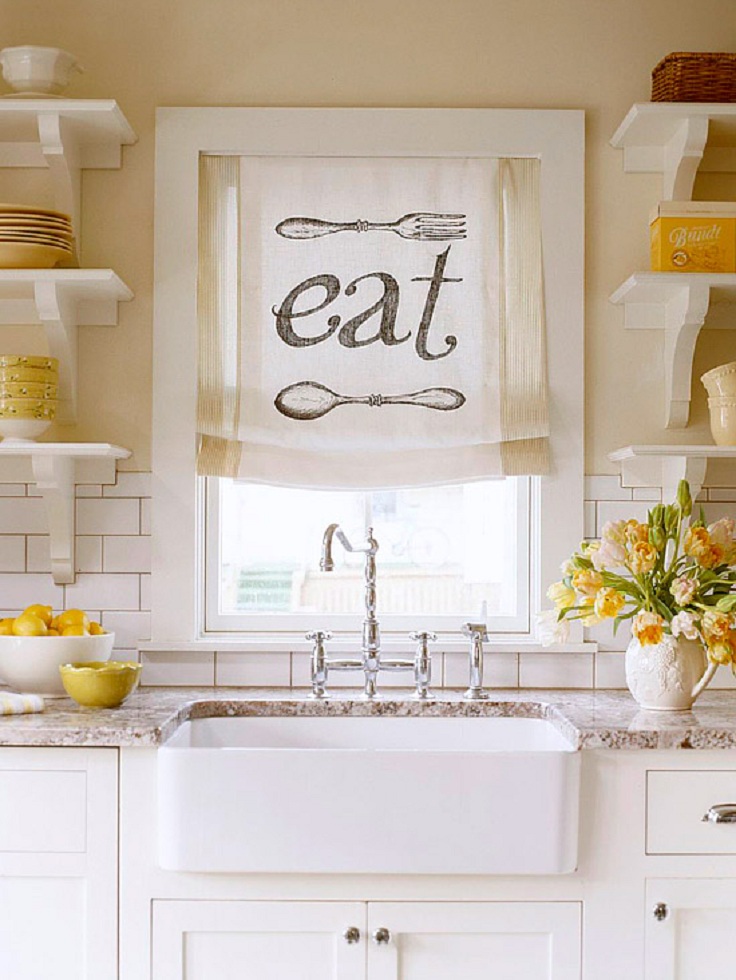 You can embellish a fabric with a DIY stencil. At this way you will obtain Roman shades with your favorite text or short quote that you would like to memorize. Print letters one per page in your preferred font. 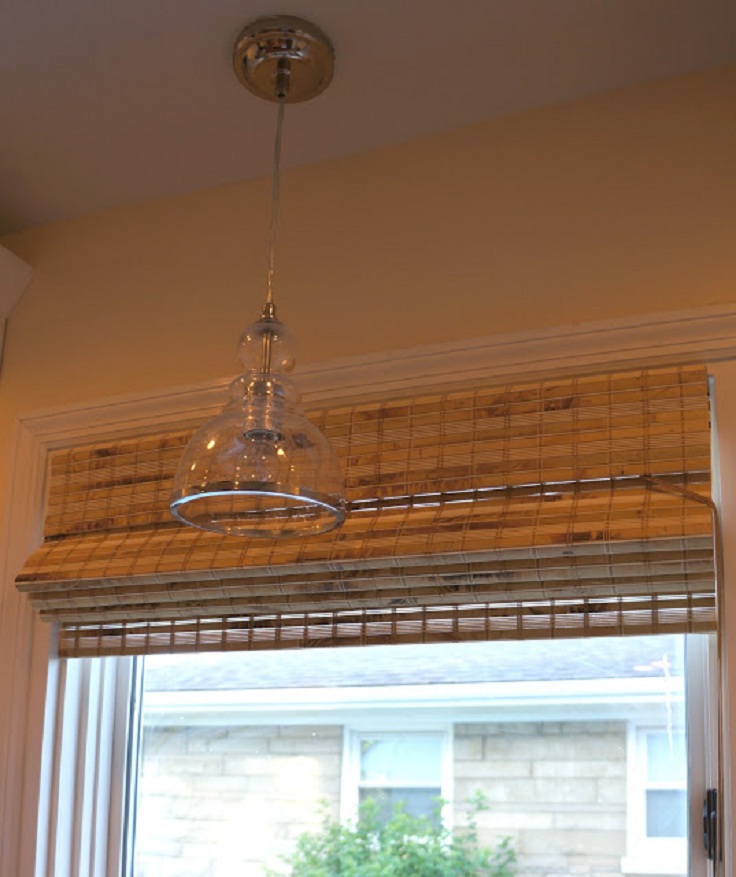 If the bamboo is your favorite material you can use it even for making a Roman shades. This is easy project and it doesn’t take long to complete, you can customize your bamboo roman shades to fit your window perfectly. 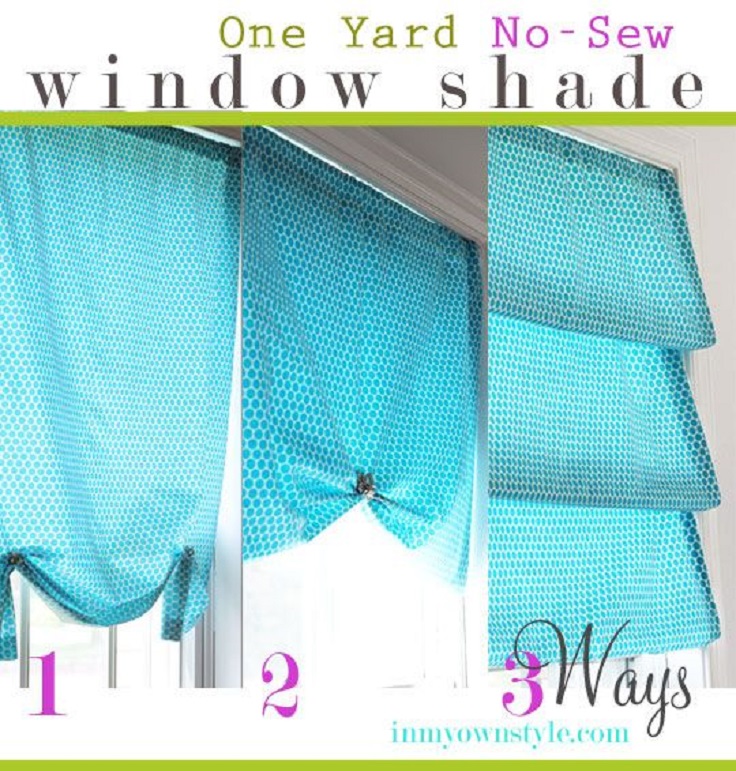 Clever and extremely creative idea for DIY Roman shades which can be styled in 3 different ways. It is very easy to perform and the best part is that no sewing is required. Nice right?

Mini blinds are incredibly functional, but not particularly beautiful. If you are looking for a way to spruce up your window treatments, try making some pretty Roman shades using the mini blinds you already have! 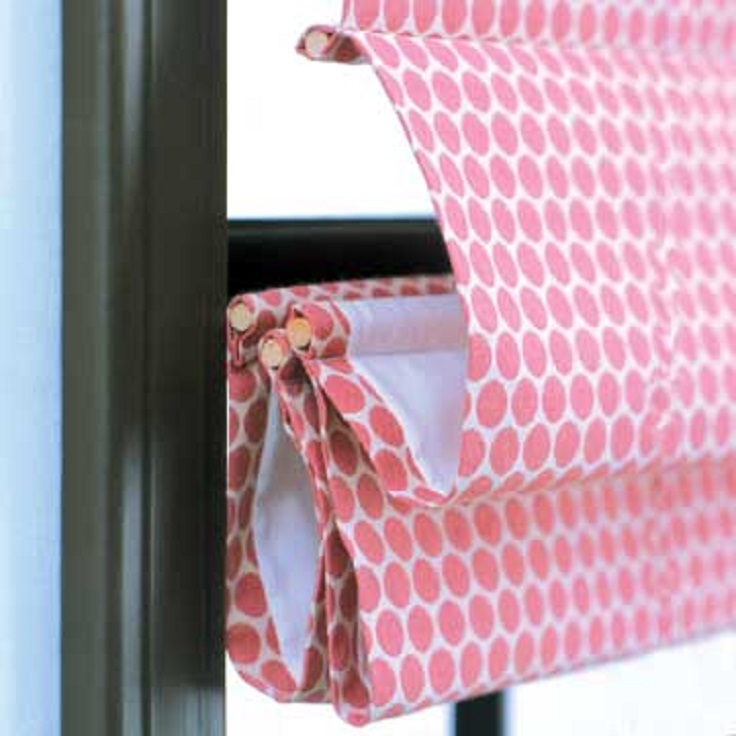 The right window treatments can add so much to a room. If you have a window in need of a little extra something, bring it to life with this easy Roman shade tutorial. In this case wooden dowels were used for making pleats. 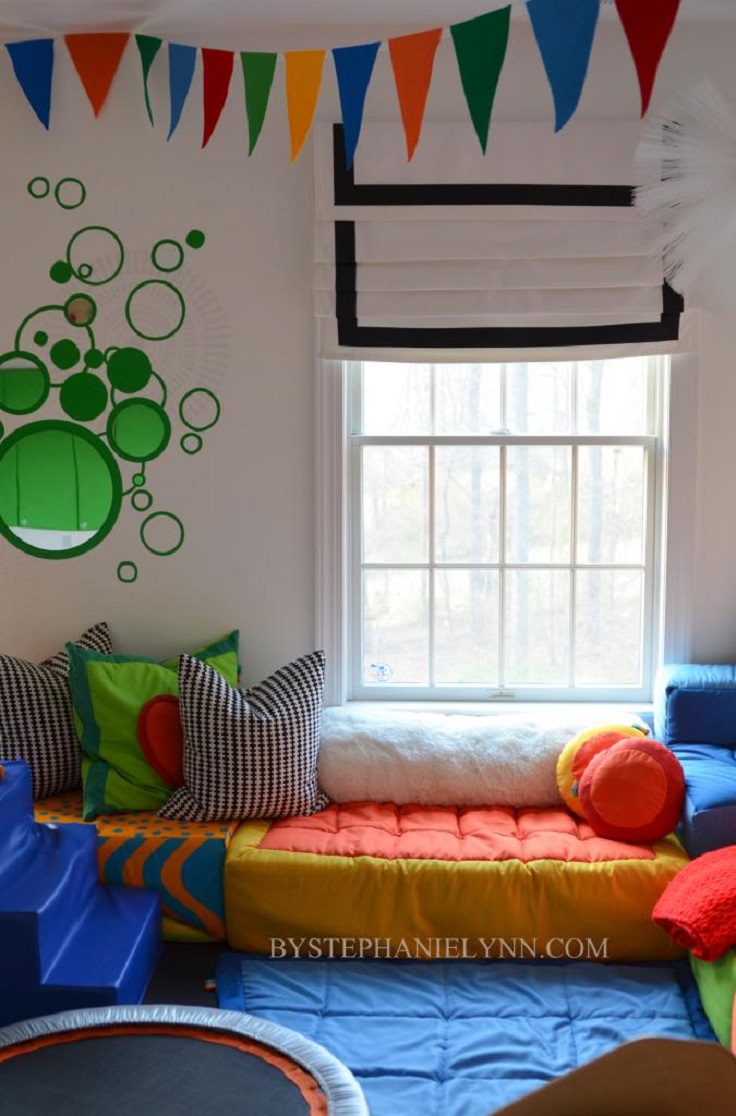 Simplest and quickest DIY project for making fixed Roman shades that are actually fake because it cannot be raised up or down, opened or closed– it’s only function is to look pretty, since it is not intended to raise or lower it for light control. 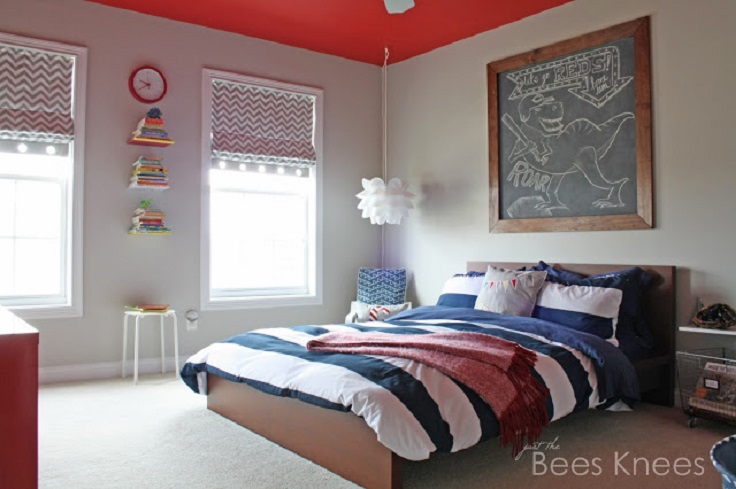 If you like to add more to your Roman shades you can simple make some additional decoration. Here is one idea to add trim on the bottom with grommets as a decorative detail. It is the perfect final product! 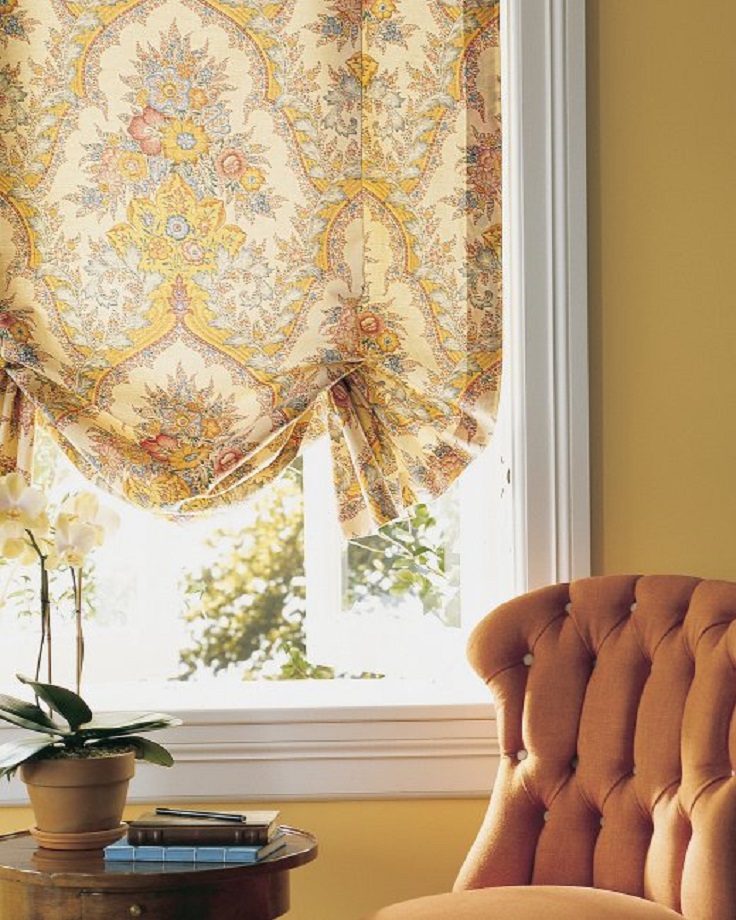 Deep bottom pleats and a patterned fabric give this shade an elegance suited to traditional rooms. This Roman shades are designed to remain partially raised, accentuating its lovely form. A lightweight cotton liner instead of blackout fabric lets the floral design sparkle in the sunlight.