Traditionally, Scandinavian dishes are basic and many traditional meals include fish, potatoes, pork, and berries. Most Scandinavian cuisine relies on fresh, natural ingredients that can be found in the wild or that come fresh from the sea. Scandinavian food is delicious but also it’s an incredible region of Europe to visit. Its stunning places are just made even better with all the best Scandinavian dishes to try. Here are our top 10 must-try Scandinavian Recipes at home.

Gravlax is a popular Scandinavian dish. During the Middle Ages, it was made by fishermen, who salted and lightly fermented the salmon by burying it in the sand above the high-tide line. This may be where it got its name, as ‘grav’ in several Scandinavian languages means grave, and ‘lax’ or ‘laks’ means salmon. Nowadays it’s no longer buried but cured, using salt, sugar, and dill. No need to dig a hole just yet in your garden! 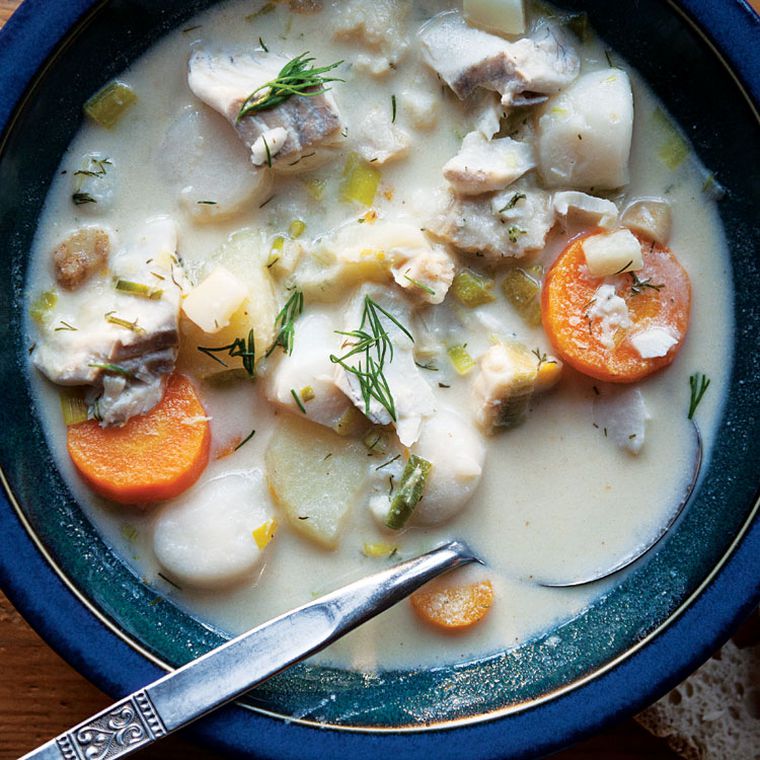 A popular Norwegian fish soup characterized by its creamy texture and buttery flavor. This comforting dish appears in many regional and seasonal versions, but it usually consists of various types of fish, shellfish, and root vegetables, cooked in a rich broth with butter, milk, and cream. Even though it is native to Norwegian coastal areas, this hearty, chowder-like soup is considered to be a national specialty that is prepared and consumed throughout the country. 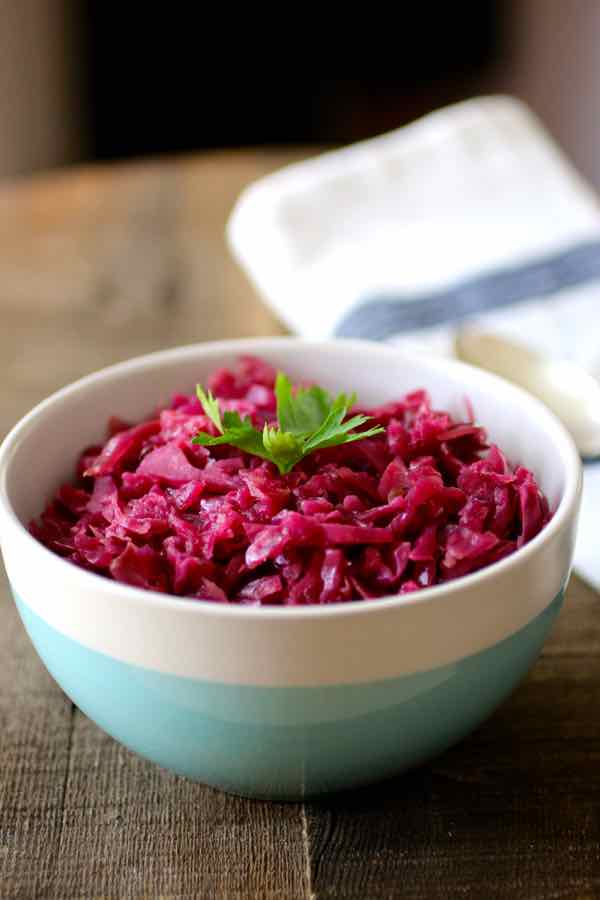 This recipe for Danish Red cabbage is a traditional and very popular side dish for many different dishes. Red cabbage is served all year round, however, it’s very popular at Christmas where it’s served together with the traditional Christmas eve dinner on the 24th of December. It’s really simple to make and you only need five different ingredients, red cabbage, vinegar, currant juice, sugar, and salt. Roast pork with its crackling, and use a little of the fat to mix it in. 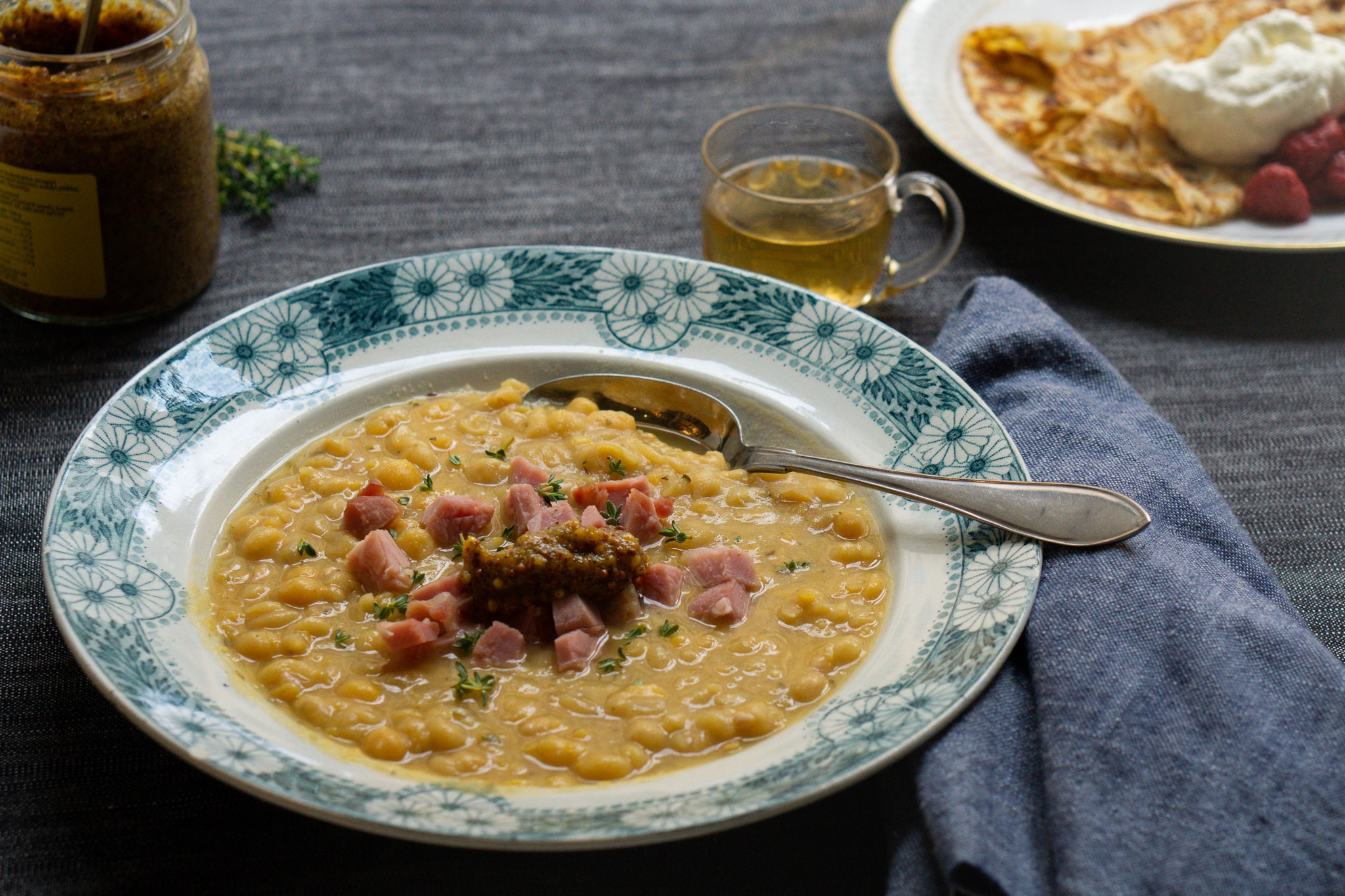 Ärtsoppa is a traditional Swedish yellow pea soup that was originally prepared from fast-growing peas. It was extremely popular among the poor people who used to cook all of the ingredients in the same pot because they didn’t have more than one. The soup is very thick in texture (similar to a stew), yellow in color, and it is traditionally eaten on Thursdays, a practice that dates back to the time when the bellies needed to be full before fasting started on Fridays. 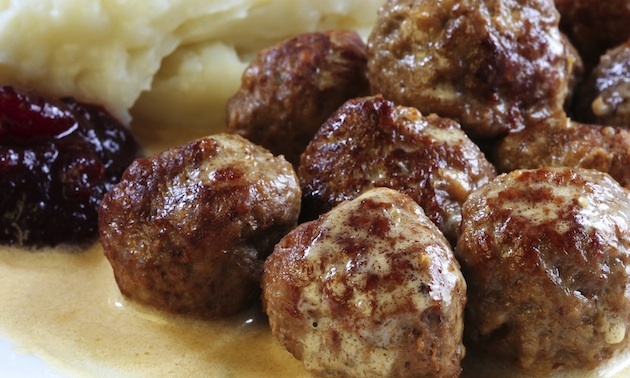 The crispy, golden Finnish meatballs are traditionally made with beef, with the occasional addition of ground pork. The meat is frequently seasoned with allspice and combined with a mixture of soaked bread, eggs, and onions. Although they appear in numerous varieties throughout the country, Finnish meatballs are usually round and small in size, with a light, airy texture. Typically consumed as the main course doused in a creamy brown sauce, they can also be enjoyed as a light cocktail snack over and over again. 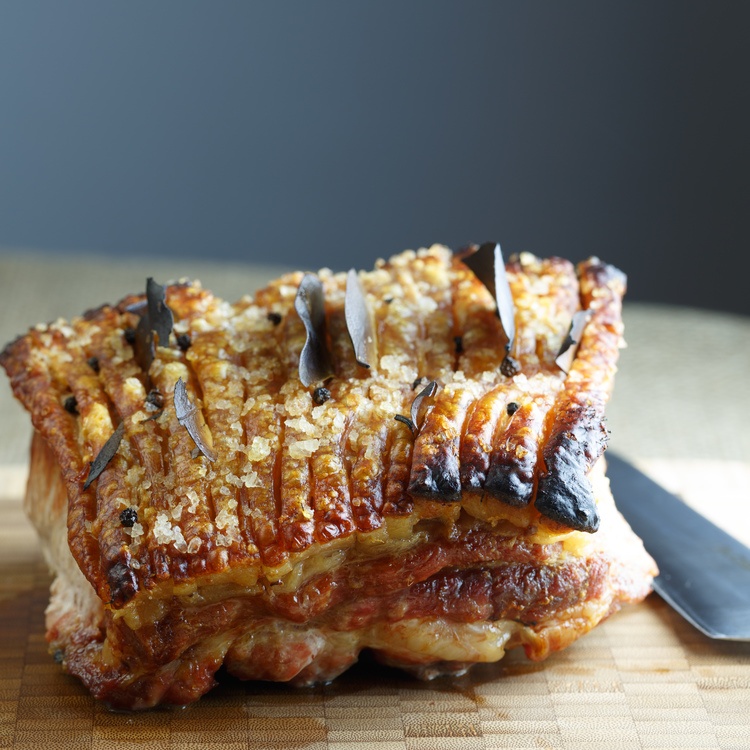 Flæskesteg is a traditional Danish pork roast characterized by a crispy rind. It is usually accompanied by classic Danish sides such as braised red cabbage and caramelized or boiled potatoes. The dish is traditionally associated with Christmastime, although it is also commonly served on various special occasions or as a hearty weekend meal. Leftovers? Perfect for a sandwich the following day. 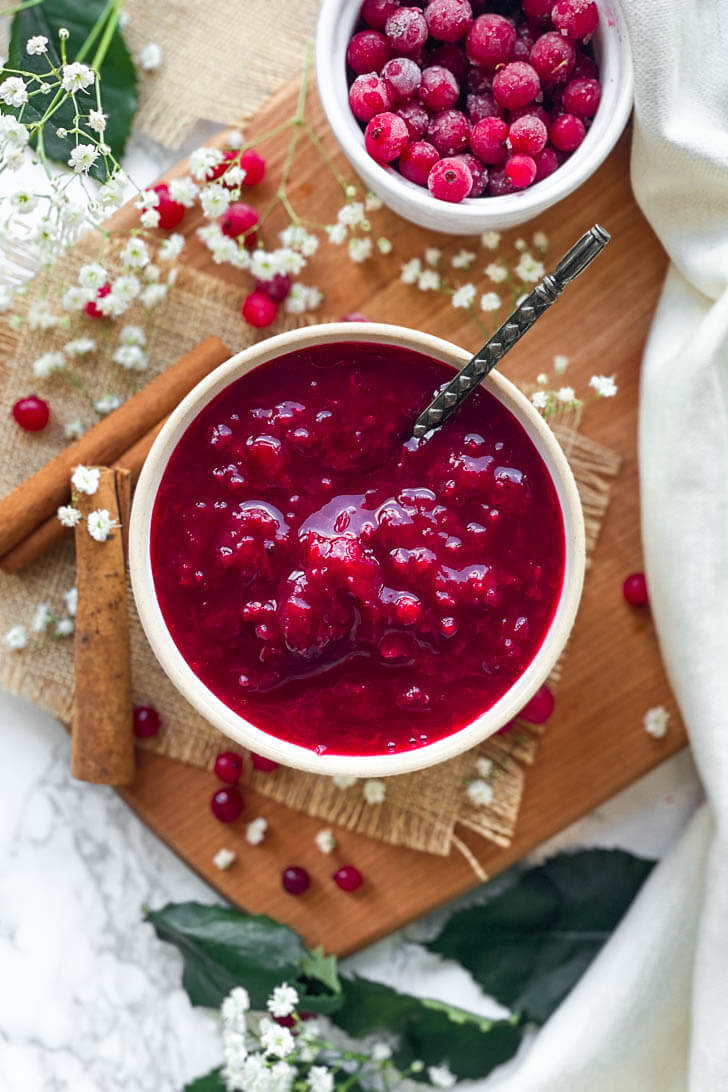 This is a staple in every Swedish household. Made with bright-red, tangy lingonberries, which are abundant in Swedish forests, the jam has been produced and consumed since ancient times. In the simplest form, lingonberries are merely mixed with sugar and create the raw version of the jam known as rårörda lingon. The more common variety, mostly found in stores, is usually boiled with sugar and sold in jars. Raw lingonberries are sour, but when incorporated with sugar, they create a unique jam, both zesty and sweet, which perfectly complements a variety of dishes such as a pork roast or alongside meatballs. 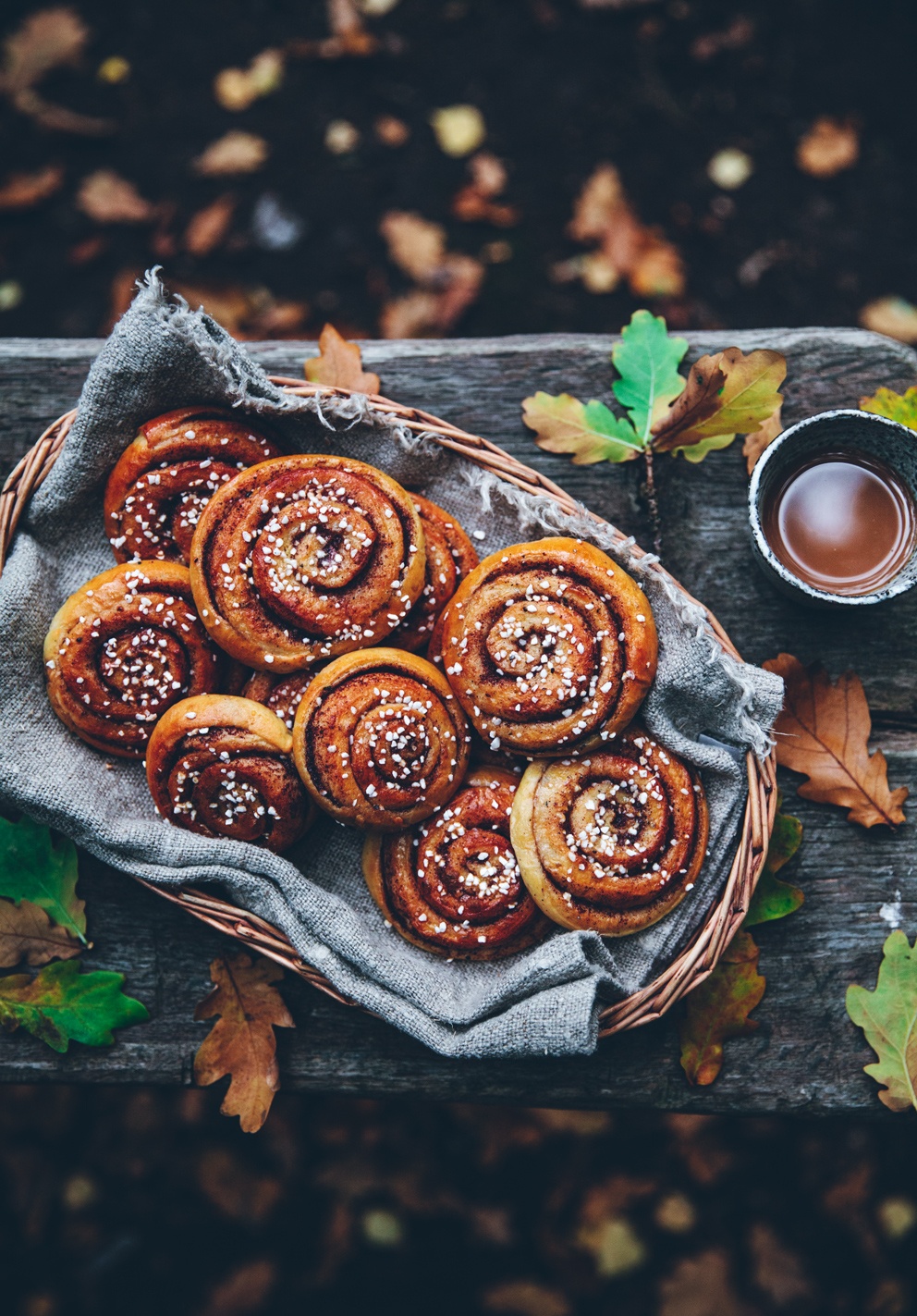 Cinnamon rolls or buns is a famous Swedish pastry that is generously flavored with cinnamon. The dough consists of flour, milk, yeast, water, eggs, butter, and vanilla. Sugar is often kneaded into the dough or sprinkled on top of the baked roll. Cinnamon rolls are traditionally served for breakfast, and it is best to pair them with a hot cup of coffee. Although the origin of these tasty swirls is still subject to considerable debate, the pastry has its own day in Sweden – October 4th, known as Cinnamon Roll Day. 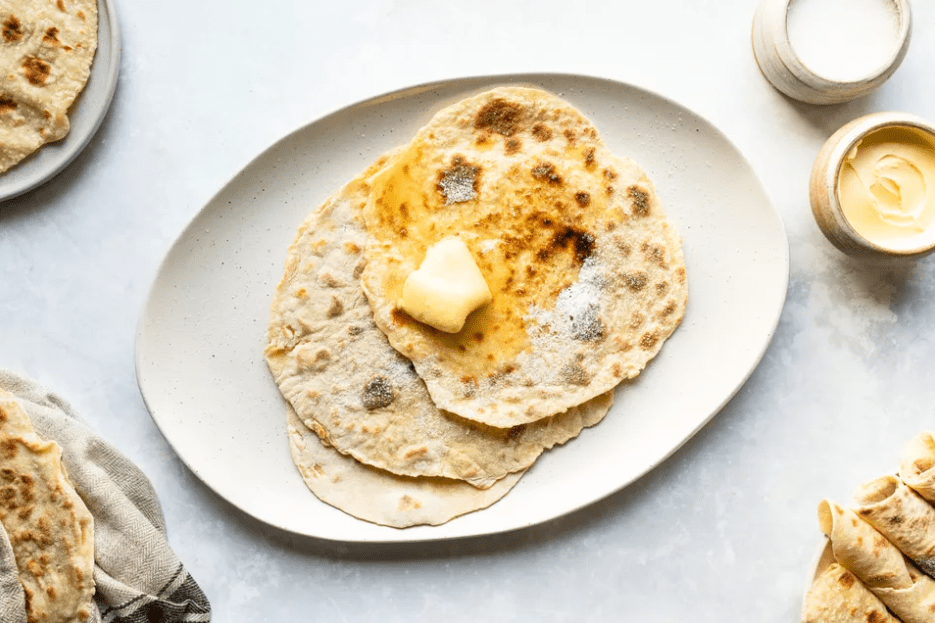 Lefse is a traditional Norwegian flatbread, visually looking like a huge, round tortilla. It comes in many varieties such as plain, sweet, thin, or thick. There is also a popular version of lefse with potatoes incorporated in the dough, and it is a favorite of the Telemark region. All of the lefse varieties can also be used to make appetizers or sandwiches when they are filled with cheese, salad, seafood, or meat. 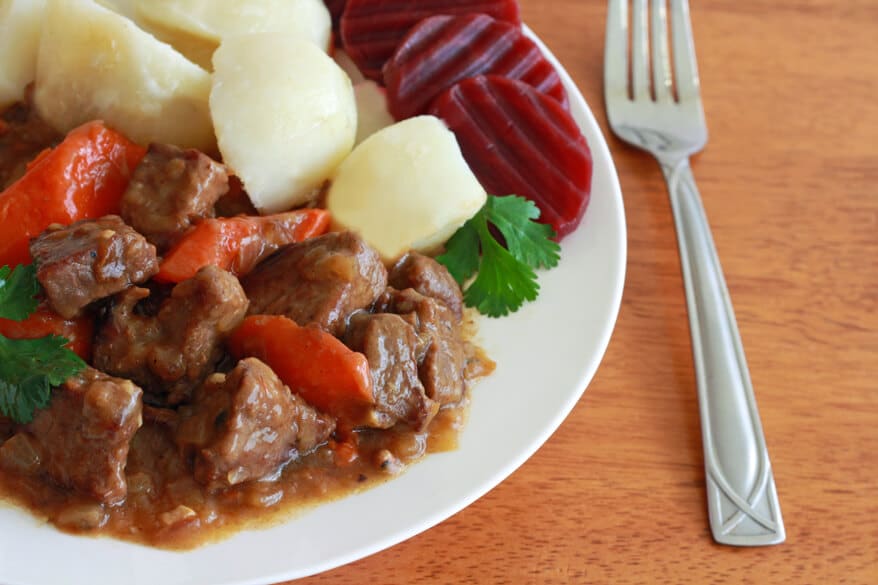 Sometimes you just want something comforting, hearty, and filling, and this ticks all three boxes. The thing that sets this Scandinavian recipe apart from other stews is the distinctive flavor of allspice. This Swedish beef stew recipe has been a favorite in Sweden since around the 1800s, so it’s well-entrenched as a traditional recipe. Although it’s alleged to have originated in the Swedish county of Skåne, the stew is a favorite all around the country. 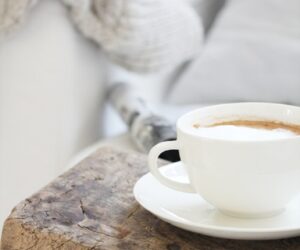 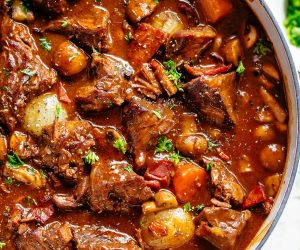 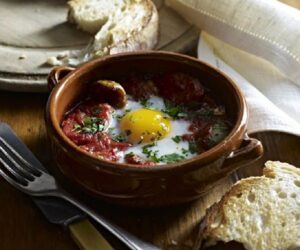