Born William Jefferson Clinton in August 1946, Bill Clinton served as the 42nd president of the United States. He remained in office from 1993 to 2001. Before his presidency, he served as the governor of Arkansas and as attorney general of Arkansas. Clinton is a member of the Democratic Party. Many refer to him as part of the New Democrat movement. What are some of Bill Clinton’s accomplishments?

How can we rate his presidency? Many describe his policies as a centrist Third Way political philosophy. Born and raised in Arkansas, Bill attended Georgetown University, Yale Law School, and University College, Oxford.

He met his future wife, Hillary Rodham at Yale. They got married in 1975, and remain together ever since.

One of the biggest accomplishments by Bill Clinton is to preside over the longest period of peacetime economic expansion in American history. While he failed to pass his plan for national health care reform, he signed other important laws and acts.

Clinton appointed Ruth Bader Ginsburg to the US Supreme Court, widely considered one of the most prolific justice on the court.

In 1998, the House of Representatives impeached Clinton, making him only the second US president in history to get impeached. The other is Andrew Johnson.

Here are some of the biggest accomplishments Bill Clinton made in his life.

In many ways, Bill Clinton managed to survive one of the biggest sex scandals in American history. He got impeached because of it, but he managed to salvage his marriage to Hillary Clinton.

Monica Lewinsky shocked the world when she publicly spoke that Bill Clinton had an affair with her when she worked as an employee.

Clinton confessed the affair in August 1998. The Lewinsky scandal left an enduring impact on his legacy. He got impeached and had to pay $850,000 in an out-of-court settlement.

But while he lost his presidency, he kept his wife. Hillary managed to forgive him for the scandal, and the two continued their marriage together. Bill even supported his wife during her bid for the presidency in 2016.

In 2018, he got asked in several interviews whether he should have resigned. But he answered that he made the right decision by not resigning.

Despite the scandal and the wars he fought, Bill Clinton reached huge milestones and achievements during his presidency. His strategy of fiscal discipline, open foreign markets, and investment in the American people paved the way for economic expansions.

His presidency set the record for 115 months of economic expansion. Since his first year in 1994, the American economy had grown at an average of 4%.

Another achievement thanks to his economic policy, Bill Clinton managed to drop unemployment in the US by 7% in 1993. In November 2000, he continued to drop the unemployment to just 4%.

Following the end of the Vietnam War, many US presidents lacked the courage to visit the country. But speaking honestly, relations between the US and Vietnam remained in tension.

Bill Clinton visited the country in November 2000. It marked the first visit by a US president following the end of the Vietnam War.

Nowadays, China and the US are two of the most powerful economies in the world. Donald Trump might have put a bit of tension on the relations, but China and the US have worked closely since the days of Clinton.

Clinton believed that free trade would open China to democratic reform. He also oversaw a boom of the US economy thanks to his open views on trade. During his presidency, the US had a projected federal budget surplus for the first time since 1969.

The relations between China and the US got damaged for a brief period in 1999 after the US bombing of the Chinese embassy in Belgrade.

But things normalized again after the signing of the Act in 2000. Donald Trump, on the other hand, blamed China for the loss of American jobs. But we have to look honestly. Since 2000, US manufacturing jobs have decreased by almost five million.

Another trade agreement Clinton signed was the North American Free Trade Agreement. This agreement created a free trade zone for the US, Canada, and Mexico.

He appointed several women and minorities to significant government posts throughout his administration, making sure they help with the NAFTA agreement.

In 1995, the US and NATO decided to bomb Bosnian Serb targets in Bosnia and Herzegovina. Aircrafts bombed targets to halt attacks on UN Safe zones and pressure the Bosnian Serbs into a peace accord. Clinton deployed peacekeepers in Bosnia in late 1995 after the signing of the Dayton Agreement.

Many view Clinton as the central figure for sponsorship of peace talks and the eventual Dayton Accords. The Dayton Agreement ended the ethnic conflict in the country.

Despite the sex scandal and impeachment, Clinton had the highest approval rating when leaving office. During his first term, his approval rating fluctuated between 40 and 50. In his second term, his rating rose and ranged between the high 50s and high 60s.

After his impeachment, he left office with an approval rating of 68%. That matched the rating of Franklin D. Roosevelt and Ronald Reagan as the highest for departing presidents in the modern era.

During his last quarter in office, 47% of respondents on Gallup poll approvals identified themselves as Clinton supporters.

Connected 95% of School To The Internet

Bill Clinton managed to modernize the United States of America in many ways. We said he had the biggest economic expansion. He signed trade deals.

But he also brought the Internet to the schools. During his presidency, we saw a 3,000 percent increase in educational technology funding.

When he came into office, 35% of schools had a connection to the internet. When he left office in 1999, that number rose to 95%.

Higher-income At All Levels

As a result of his economic policy and expansion, the median family’s income in the US rose by $6,338, adjusting for inflation, since 1993.

After years of stagnant income growth among average and lower-income families, Clinton delivered double-digit growth to all income brackets.

That also resulted in the lowest poverty rates in 20 years. Since Congress passed his economic plan in 1993, the poverty rate declined from 15.1 to 11.8, the largest six-year drop in poverty in nearly 30 years.

As of result of his economic policies, there are 7 million fewer people in poverty in the US than in 1993. 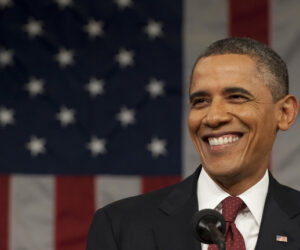 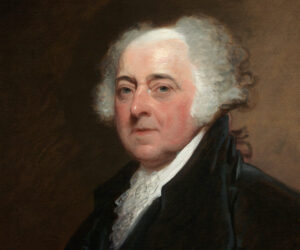