We live in a world where the concept of celebrities is synonymous with perfection and flawlessness. The media representation, heavy makeup, and flawless filters don’t help the case, either. Our brains are so warped into thinking that celebrities never have any kinds of flaws or imperfections that we often forget that they are human beings, just like us.

Being rich doesn’t stop someone from contracting a contagious disease like cold sores. It’s fairly common, albeit painful and frustrating. Normalizing the imperfections in celebrities is where we start to grow.

Instead of having unrealistic expectations, we stop putting celebrities on a pedestal and burdening them with the constant need to “look perfect” just because that’s their “job.”

This article will explore some of the top celebrities with cold sores to make you believe that even celebrities aren’t immune to all kinds of diseases – including COLD SORES.

Also Read – Top 10 Famous Dwarfs In The World Of Celebrities

Before you get confused, kindly remember that this article’s primary intent is to normalize celebrities’ lives. Despite living a high-profile life, they, too, deserve some slack, especially when they are already dealing with media scrutiny every step of the way.

Some of the celebrities with cold sores are:

A Broadway superstar, Katie Holmes turned up to a showing of “The Other Place” in 2013, where she sported a very visible cold sore spot on her upper lips. Despite the hassle, Holmes flashed her signature smile while she got snapped going into the theatre for the showing. She donned a stunning blue colored blazer and black pants with a white satin shirt, looking stunning and enigmatic.

A popular American media personality, model, entertainment, businesswoman, and socialite, Paris Hilton doesn’t need any introductions. She has been seen on multiple occasions stepping out of her house with a prominent cold sore on her lips. There were prevalent rumors that Hilton contracted genital herpes, but there was no confirmation.

Known for her unique fashion and brands, Kim Kardashian isn’t someone who waits for anyone’s introduction. Over the years, Kim has been occasionally papped with a painful and blistering cold sore on her upper lips, leaving her fans worried about her.

Known as Posh Spice, even Victoria Beckham isn’t immune to the wrath of the contagious cold sores. She has stepped out of her house, meetings, and varying papped outings where she has sported a visible red, blistering cold sore on her lips. Not just on the lips, rumors also started floating around, suggesting that she got cold sores on the back following her cupping treatment. The same has come up in multiple news outlets and papped photos. With so many children around, cold sores aren’t very uncommon in a household like the Beckhams.

It’s not just female celebrities experiencing the wrath of cold sores because famous actor Brad Pitt hasn’t been able to stay immune from the disease. Besides core sores, Brad Pitt also struggles with certain skin diseases, leading to the flare-up. The herpes simplex virus is common in almost every human; things worsen when the infection flares up. So, noticing Brad Pitt experiencing a similar issue isn’t very uncommon.

While stepping out in New York, Justin Timberlake was also spotted sporting a cold sore on the lips, looking rugged and run down. It’s nothing to worry about, especially because the Herpes Simplex virus is much more common than we think. The red, irritating sore seemed very blistering and painful on the face.

Controversies surrounding Lindsay Lohan seem to be never-ending. But, one topic that has always stood out is her sporting cold sores on her upper lip. Various rumors came out from different media outlets depicting that the Mean Girls actress has herpes. She hasn’t confirmed or reported any information on the news. But, even if she does have cold sores, there’s no point exaggerating it, especially because the condition is fairly normal.

Besides her name to fame due to her relationship with Michael Jackson, Janet Jackson is also known for her budding controversies surrounding her complications with herpes. The reports surfaced in 2018 when Janet was reportedly dealing with her condition in secrecy until her chef disclosed her dirty laundry to the public.

The popular Brazilian model rose to fame with her alliance with Victoria’s Secret. Being from a world that heavily focuses on unattainable beauty standards, the news of Adriana Lima with cold sores shocked many. Reportedly, she was struggling with the Herpes Simplex virus, which led to the appearance of bright red, blistering cold sores on her lips.

Controversies surrounding Chris Brown are never-ending. The popular singer and rapper have been under scrutiny for multiple reasons, including the reports of the star having herpes. The media outlets went berserk with the news, dragging Brown’s then-girlfriend Rihanna into the headlines. There have been no substantial reports or confirmations surrounding the claims. But Chris Brown has been papped sporting a cold sore on his lips on multiple occasions and events.

Cold Sores are fairly common and not life-threatening. Also, a celebrity sporting a cold sore is nothing to be ashamed of. There’s no point slamming a celebrity for contracting an extremely common virus, and millions of people struggle with it daily.

These are not even 1% of the celebrity population who struggle with cold sores. The infection is contagious, and fairly common and people experience it at least once in their lifetime.

These top 10 celebrities with cold sores have managed to make it to the headlines while stepping out of their houses with the blistering red infection on their lips. Again, we want to remind everyone that celebrities are human beings. It’s time we stop putting so much pressure on their appearance, especially when it comes to infections and common diseases like cold sores. 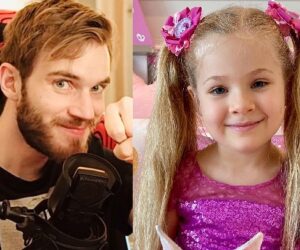 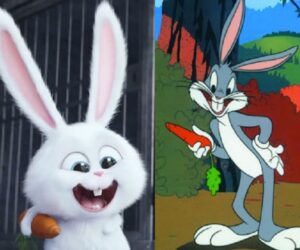 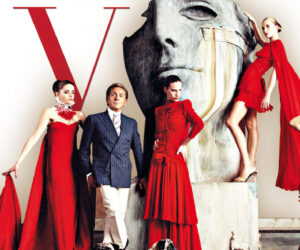